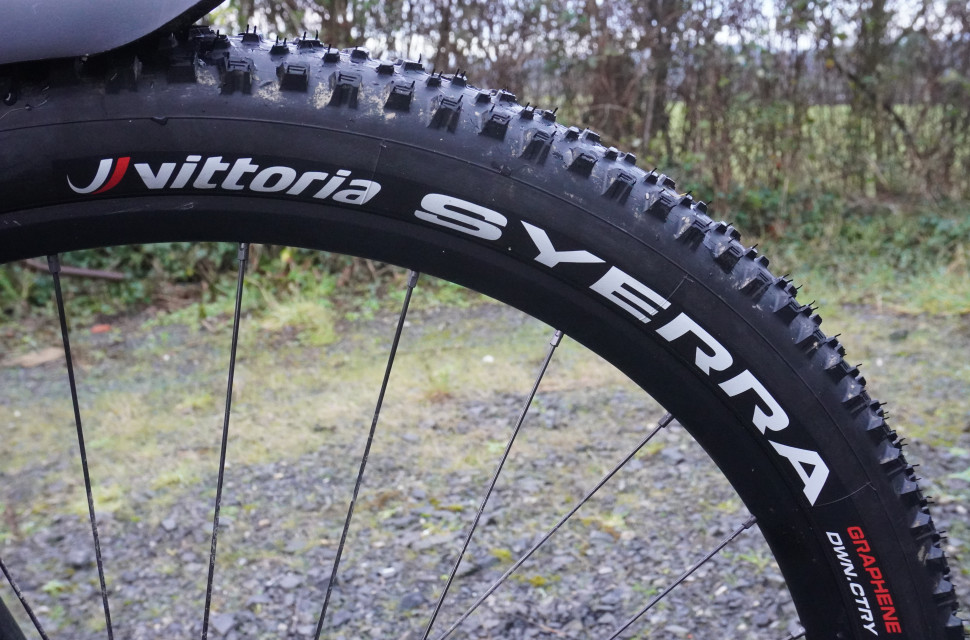 The Vittoria Syerra is a new model that has been classed as a down-country tyre, which aims to mix cross-country speed with grip and the more durable carcass of an all-mountain tyre. While it achieves some attributes, the level of grip can be disappointing.

Down-country might not be a new term in itself, most commonly used for bikes that blur the lines between cross-country and trail, with examples like the Specialized Epic EVO. The Syerra is the first product that we know, which isn't a full bike, that uses the term. 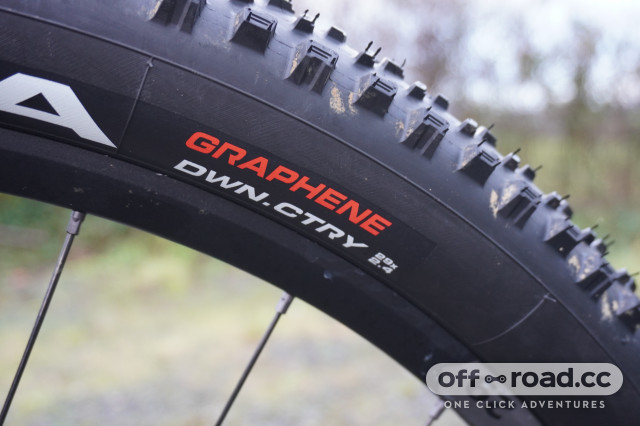 Vittoria has used their 4C compound, enhanced with graphene, which is designed to be firmer under the side knobs for improved stability with a softer compound above for maximum grip. Under the centre, a third compound gives better durability and puncture resistance, and the final compound is in contact with the trail, designed for better traction when climbing or braking. The sidewalls feature additional protection with an Anti-Pinch Flat (APF) insert with a single 2.4” size currently available with Tubeless TLR bead.

Installation and inflation were simple when fitted to a rim with 25mm internal width. This is quite modest given the down-country target, which may be why the tyres measured just under the quoted 2.4” width. I would expect on wheels closer to 30mm ID; the tyres would broaden to the quoted size.

The pair on test weighed either side of the claimed 850g, at 831g and 884g. I used the tyres at pressures that I typically would for cross-country tyres, low 20's in the rear and 18 to 20psi on the front tyre. 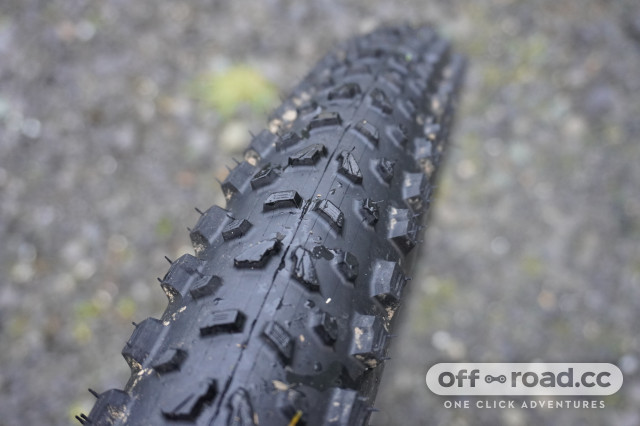 My initial impressions on flatter, smooth terrain are of a tyre that is quieter than I expected, given the wide gaps in the tread. They roll reasonably well, and while they are not on the same level as a pure XC race tyre, they certainly don't feel like a drag to ride.

As the trails begin to go uphill, they don't quite have the same favourable impression. They struggle with traction uphill when riding typical rocky trail centres, slipping far easier than I would have hoped and often more than some pure cross-country focused tyres. The low traction may be due to the wider gaps between the tread and the low height, failing to dig in and grip firm trails in dry or wet conditions. 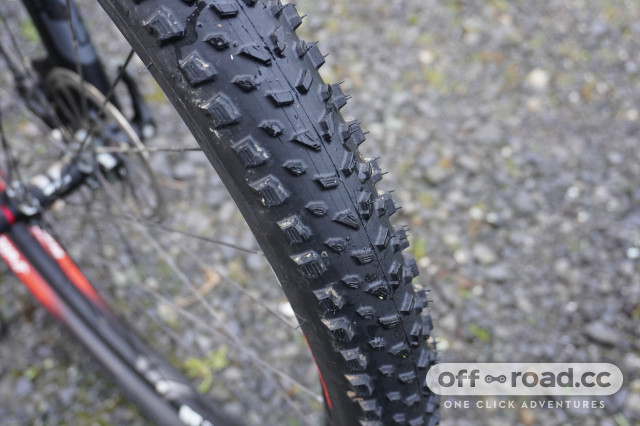 The confidence in the tyre doesn't improve heading downhill either. The Syerras drift out easily through the corners on rocky, wet trails or slightly softer, muddier tracks with limited sipes on the tread; this is one possible reason for low grip on rockier terrain.

Given the recent weather, several rides have been in cold weather with frosty tracks, and in these conditions, the tyres do fare a little better, less likely to drift, and I would expect similar performance on drier dirt tracks. The widely-spaced knobs do clear mud reasonably well, although grip and traction is nowhere close to a more mud/winter focused tyre. One area where it has met its claim is durability, and to date, I haven't had a single puncture, despite the majority being in rockier terrain in areas that I have punctured many times before. For riders looking for a faster rolling XC tyre but perhaps regularly puncture with lighter, more delicate options, the Syerra could be a suitable tyre to fill that gap. 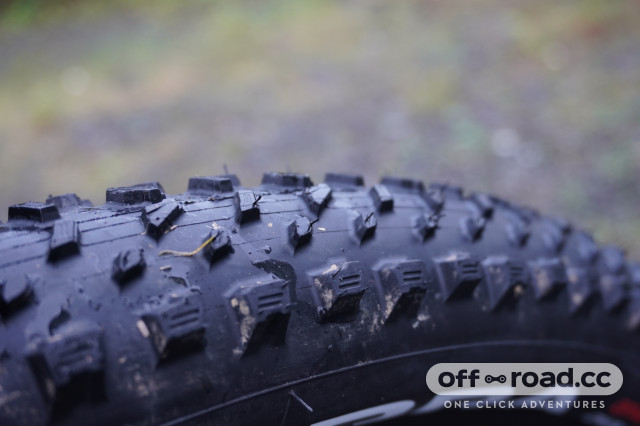 The tyres are £60 each, which is a little less than others with similar design aims of mixing speed and grip, including the Schwalbe Wicked Will Super Race I recently tested at £65 each and the Maxxis Dissector 3C Maxx Terra EXO+ at £75 each. Both tyres are similar in weight, and both roll better than you might expect when compared directly against the Wicked Will; a tyre that inspires confidence downhill, traction and cornering grip for the Syerra is a few steps below. Liam was also impressed with the Maxxis Dissector, commenting on the unexpectedly good grip in the wet given it is aimed primarily as a dry weather tyre.

The Vittoria Syerra may suit certain trails and conditions, and I would expect them to be more enjoyable to use on firmer dirt tracks but on wetter trail centres or muddier terrain, they lack traction for climbs and cornering grip, impacting confidence and ultimately speed downhill.

Vittoria say: Unstoppable on ups. Relentless on descents Syerra has been developed to satisfy the needs of the emerging Down Country segment, raising the limit of what an XC tire can do. Vittoria engineers combined in a single product Speed and Rolling Performance – typical features of the XC segment – together with High Grip and Resistance – traits of the Trail Segment. The result is a light and fast product which allow having fun also when tackling burlier descents and gnarlier terrain.

Similar weight to other tyres designed to mix XC and trail.

The Syerra disappointed in many areas, but especially traction and cornering grip on wetter trails. They may fair better on pure dirt tracks and in drier conditions.

Unlikely, unless the trails others rides suit the design

The Vittoria Syerra may suit certain trails and drier conditions but on general damp trail centres or muddier terrain they lack traction for climbs and cornering grip, impacting confidence and ultimately speed downhill.