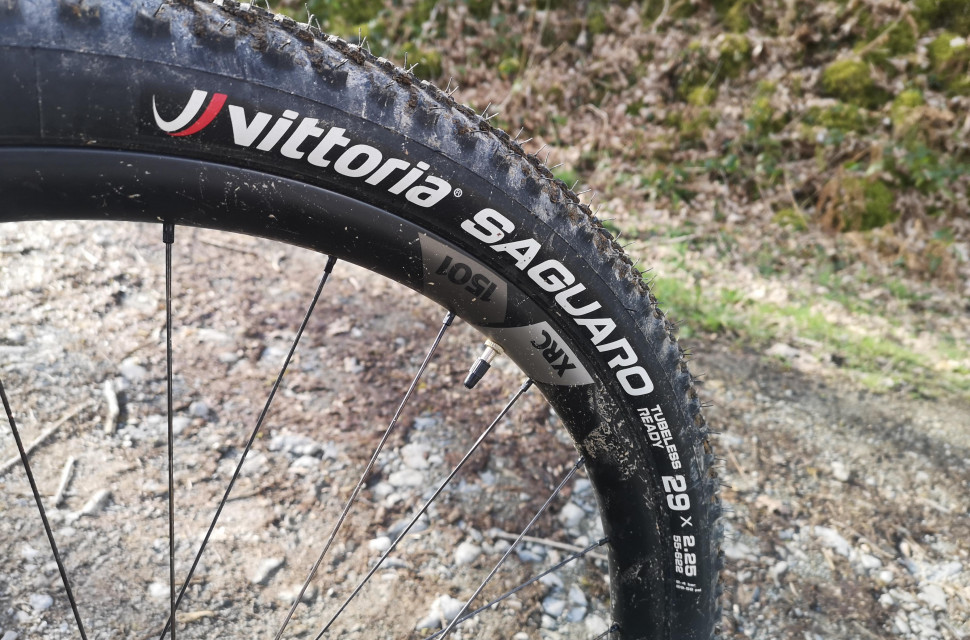 The reborn Vittoria Saguaro is a good cross country all-rounder that copes with just about all conditions and surfaces. It's budget friendly, rolls well and offers decent protection, but only comes in a single size.

The Saguaro was a classic tyre under the Geax brand name, and here it finds a new lease of life as a Vittoria. Available in a single size – 29 x 2.25” – with a tubeless-ready casing, these are just 5g over claimed at 790g. It's worth noting that any other sizes you see online are actually the old version, which was discontinued six years ago...

Mounting is easy. I got them installed without tyre levers and inflated without problems, and on rims with reasonably wide 30mm internal widths, they measure 2.3” at the widest point.

The Saguaro is bi-directional and works either way round; something that used to be common with mountain bike tyres, but is more of a rarity now. There are small differences in performance to be found, as one orientation favours grip, and the other favours rolling speed.

I tested the front in both directions, but kept the rear set for rolling speed. It's clearly marked to make life easy. 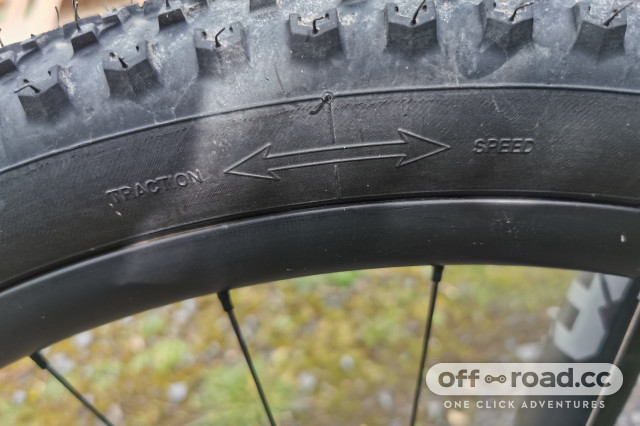 In reality the differences are quite subtle, and while it may simply be psychological, I found  I generally prefered the front directed towards grip.

The pressure recommendations are 29 to 58psi, which is quite high, but as I am a light rider I went a little below and had no problem.

The tread has three separate areas: a central closely spaced one, a well-packed edge rail and a more open strip in between. This design makes it capable in all types of conditions, and while it might not command in any one area, if you want something you can leave on that's reasonably quick rolling, the Saguaro fits the bill nicely.

On the wet rocks or typical trail centres it does tend to slide a little when pushed hard, as it does in mud. Mostly the front would slip out occasionally, but even so it's in a way I found easy to ride and live with.

On flat sections it rolls smoothly and feels quick, although when the gradient sharpens they do feel a little heavy. 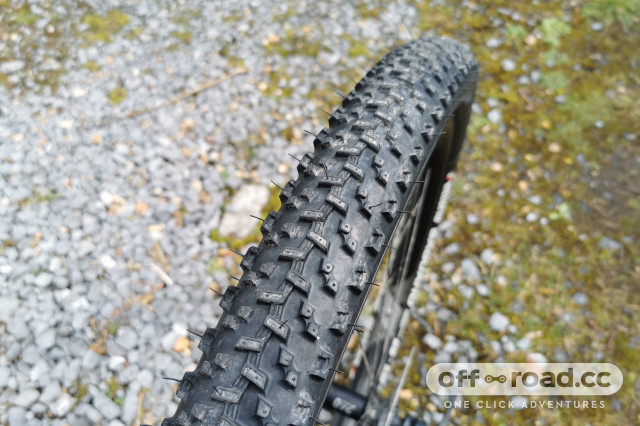 The relatively high weight is easy to live with considering the price. At £35 the Saguaro is brilliant value – it's firmly at the cheaper end of the market, if not entirely alone there. The Hutchinson Skeleton Racing Lab is £30 and great in dry hardpack, but it's really no all-rounder.

Meanwhile, the semi-slick Specialized Slaughter GRID 2Bliss Ready is even cheaper at £24 (it's gone up since we tested it), but while it's fast it slides pretty easily.

The Saguaro is a good, fast all-rounder for all but the wettest and sloppiest seasons. It's not the grippiest or lightest cross-country tyre out there, but it's certainly good enough in general – especially for the price.