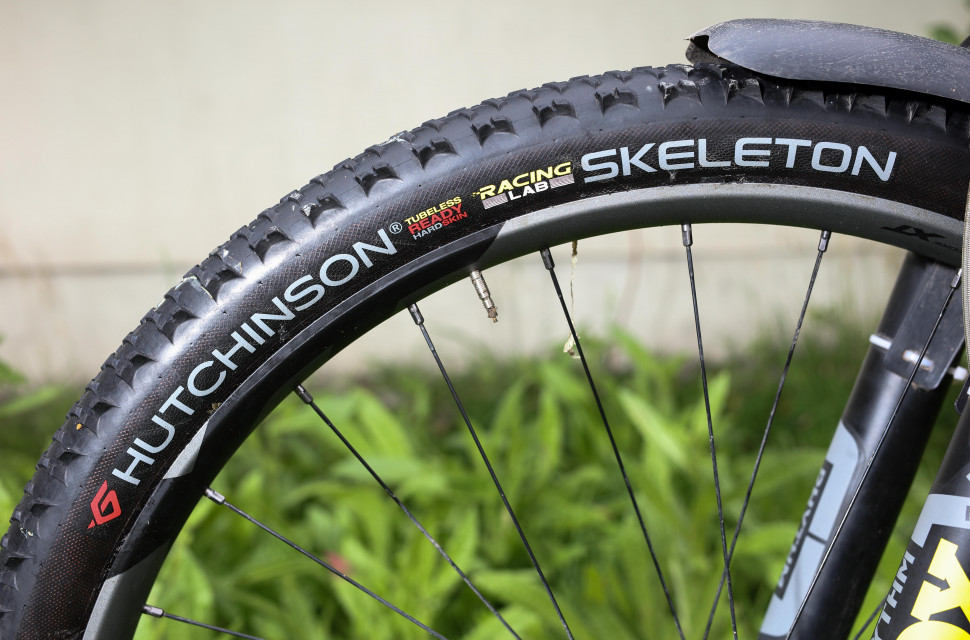 Liam Mercer
|
Jul 16 2020
|
Overall
Quality
Performance
Value
What's good?
What's not?
Buy if...
You're after a fast-rolling tyre that excels on dry trails

Hutchinson's Skeleton Racing Lab is a low profile, lightweight tyre aimed at XC racers. It’s impressively grippy on hardpack, but loses traction quickly on anything loose – and it’s rather delicate, too.

The Skeleton Racing Lab is made with three compounds of rubber with the aim of making the tyre both fast-rolling and grippy. Specifically, it's Hutchinson's Race Ripost XC tri-compound.

Seating the tyre is as easy as it gets. On a 30mm rim, the Skeleton comes up with a pretty round profile, but it's no balloon – it's pretty low, and even the shoulder knobs look little. 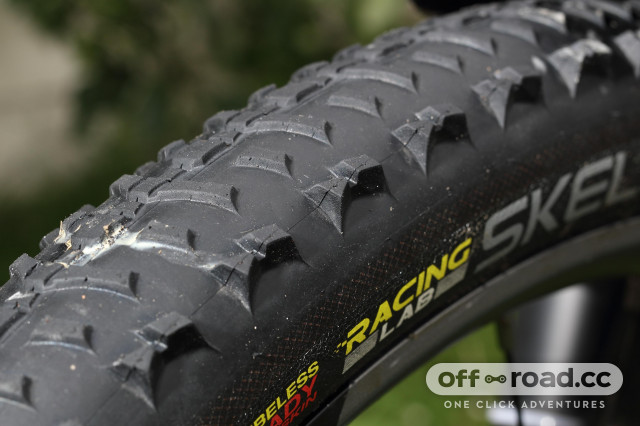 In the dry, the Skeleton deals with both flat and banked corners impressively with minimal lateral slipping. Grip is supremely predictable; only when climbing does it struggle, as the rear can slip out a touch on loose patches. Even after a spell of rain, the Skeleton still finds grip on the same hardpack trails. 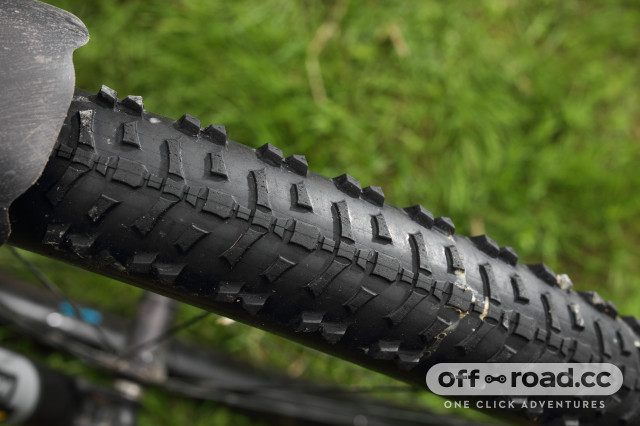 As expected from a tyre with such a low profile, pedalling the Skeleton is a pleasure. It accelerates quickly and easily, and once up to speed it does a great job of maintaining momentum.

Get steep and loose, however, and the Skeleton reaches its limit. That super-low tread doesn’t offer much braking grip, and there’s not an awful lot to dig into loose ground. If you’re riding loose or wet/muddy trails, you’ll want something with a taller tread pattern. 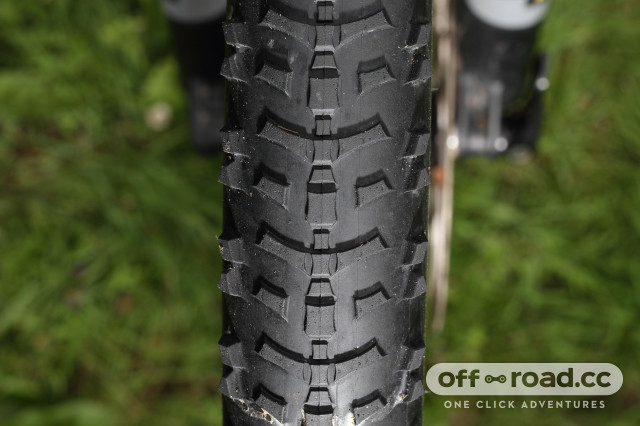 It's a fast-rolling rear tyre, however – pair the Skeleton with something like Hutchinson’s own Kraken upfront and you’ve got a versatile set up with an extra bit of front end confidence, yet without sacrificing too much on the rolling resistance front.

The Skeleton Racing Lab's carcass, while very light (600g), isn’t very strong. This is understandable for an XC tyre but it’s delicate enough to have me avoiding rock gardens for fear of wrecking my rims. It punctures surprisingly easy, too, with one of my test tyres being retired as tubed-only after a mystery rock slashed the sidewall.

If you’re looking for a light and fast-rolling tyre for mile-munching epics in the driest conditions, the Hutchinson Skeleton Racing Lab is a great choice. It’s fast and provides plenty of grip for hard, dry trails – outside of that, however, it quickly struggles.