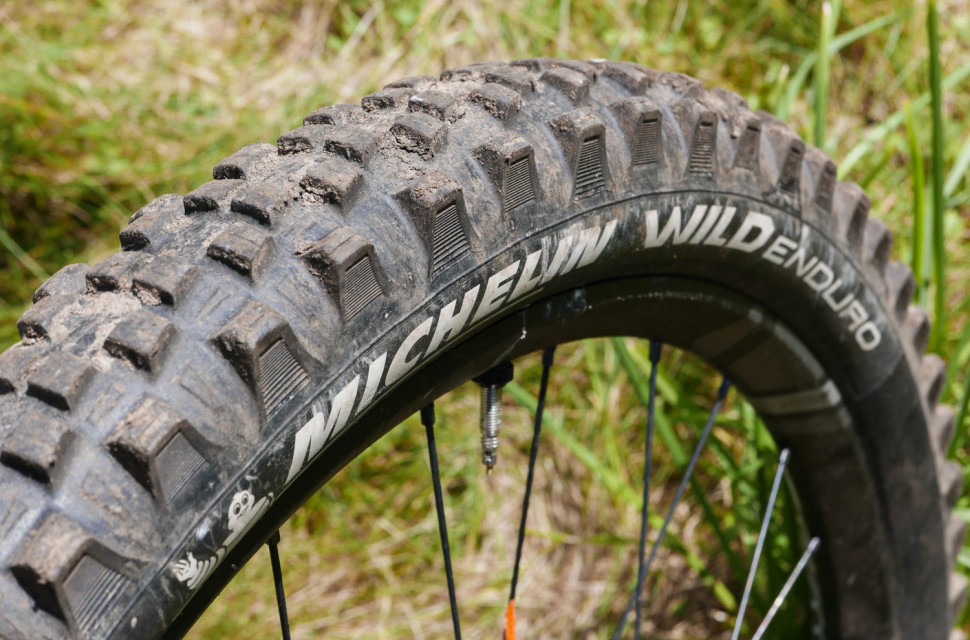 Jon Woodhouse
|
Jun 28 2019
|
Overall
Quality
Performance
Value
What's good?
What's not?
Buy if...
You want one of the best hard-riding enduro tyres on the market

Michelin's Wild Enduro Front is a seriously capable and grippy tyre for hard-charging trail and enduro riders. It's great in most conditions but this Magi-X model excels in loose and/or wet loam with prodigious and predictable traction; it's one of the best aggressive front tyres on the market if you don't mind a bit of drag.

Michelin has had some ups and downs since it's mountain bike glory days in the late 1990s, where its rubber was some of the best money couldn't buy. The new Wild Enduro range is designed for exactly what the name suggests, with a range that covers a number of different compounds and tread patterns that vary from front to rear.

The Wild Enduro Front gets a more widely spaced and taller tread pattern compared to the wild Enduro Rear. It's got big, spiky square blocks and a well-supported shoulder. It's available in a harder Gum-X and softer Magi-X compound. I've tested both, using the Gum-X on the rear through and the softer tyre up front through the sloppy season and into summer. 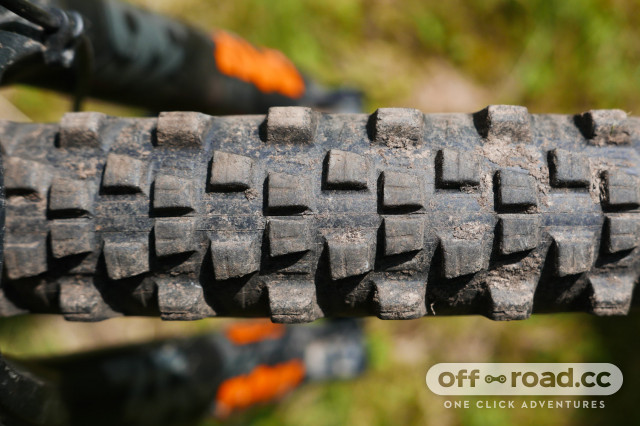 Both share the same reinforced 'Gravity Shield' 3x60 TPII casing that's proved to be a good mixture of toughness without masses of weight - in Maxxis terms, think tougher than an EXO but less weighty than a Double Down casing. The Magi-X tipped the scales at 1,021g and the Gum-X at 1,015g - the difference is more likely down to manufacturing tolerances than anything else.

The front has got away unscathed after some hard riding and racing, but I did put a cut in the rear when running it at low pressures racing at a rocky and rough track, so I can't really hold that against it. Despite those tall knobs, they've held up well without any substantial tearing and wear rate has been impressively low for both.

There's no getting away from the fact that it's not a fast rolling tyre, especially on the back, but if it's grip you're after, it's there in spades. Twisting the knobs of the tyre shows a substantial difference between the rebound speed of the Magi-X and the Gum-X, with the former being much slower to return.

The actual durometer ratings of the tyres are pretty hard by most standards, but Michelin's mastery of rubber mixing shows in the prodigious traction the Magi-X shows on pretty much every surface ranging from full-on mud and wet roots to loose, rocky terrain. 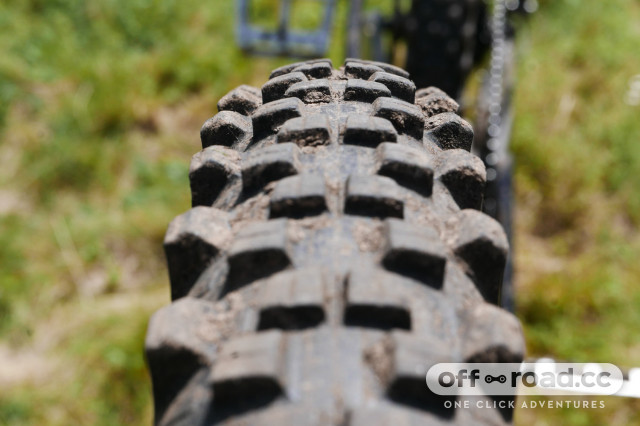 The Gum-X isn't terrible either, but unless you're riding in fairly loose loam all the time or just want maximum traction, I think the Magi-X up front and the specific rear tyre in the Gum-X is a very solid combo that rolls a bit quicker too.

The tyre is really nice and predictable on a range of surfaces and the 2.4" carcass - which measured exactly that on a 30m rim - was nicely damped and felt stable on a 30mm rim, even dropping pressures below 20psi for my 65kg weight.

All in all, the Michelin Wild Enduro Front in the Magi-X compound is now my go-to front tyre for any sort of hard riding or racing. It's highly recommended.