Skip to main content
Log In Register
Maxxis Minion SS 29" TR/DD tyre review £75.00
Grippy, confident and predictable, if not the fastest for a semi-slick 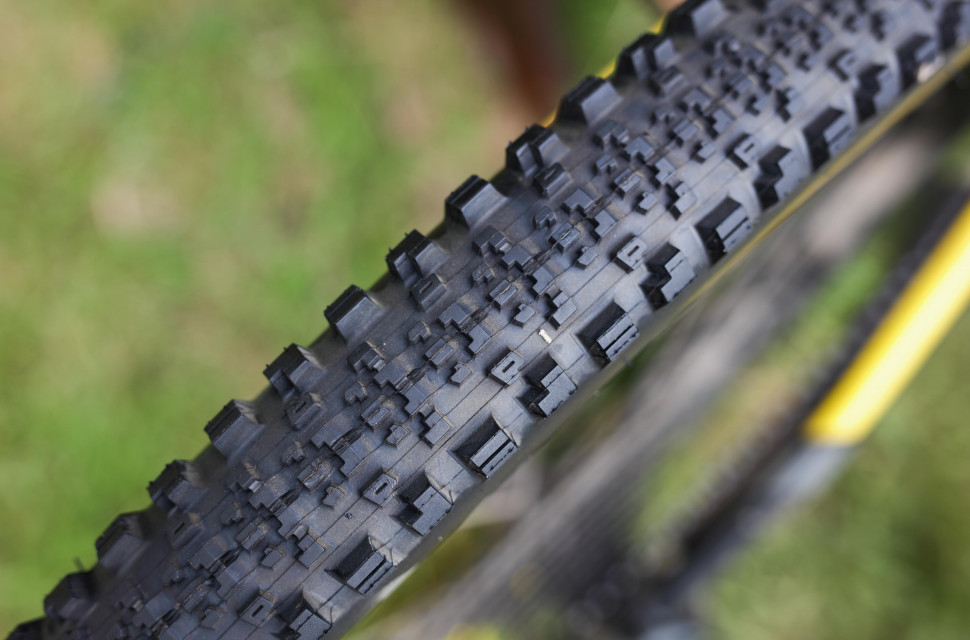 Liam Mercer
|
Aug 28 2020
|
Overall
Quality
Performance
Value
What's good?
What's not?
Buy if...
You're happy trading a bit of drag for superior grip in the summer

The Maxxis Minion SS TR/DD is a rear specific, semi-slick tyre that’s ideal for dry trails, and the DoubleDown puncture protection adds some well-damped support for aggressive riding. It’s grippy and brakes better than others, but this DoubleDown carcass is much heavier than the EXO or Silkworm versions, the tread is slightly draggy, and the 29er only comes in 2.3” width.

On the Minion SS, you get tightly clustered centre knobs paired with the very respectable shoulder knobs found on the popular Minion DHF and DHR.

Thrown onto a rim with a 30mm width, this tubeless ready (hence the TR) 2.3” tyre sits very square. The taller shoulder knobs line up almost perfectly with the low, ramped centre tread. 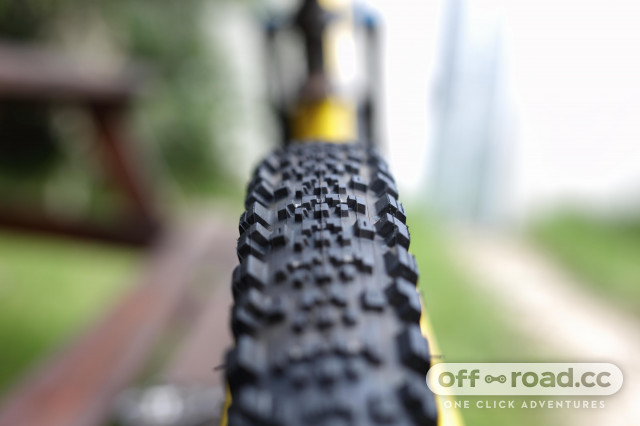 As you might imagine the Minion SS rolls pretty well, but the aggressive shoulder knobs and square profile affects the rolling resistance and slows it down slightly. However, in return, you’re rewarded with impressive grip.

As the bike leans over, the shoulder knobs engage with the ground pretty instantly, so there’s no vagueness as you’re entering a corner. They also hold surprisingly well over off-camber sections, and give a consistent feel during cornering when paired with either a Minion DHF or DHR at the other end. 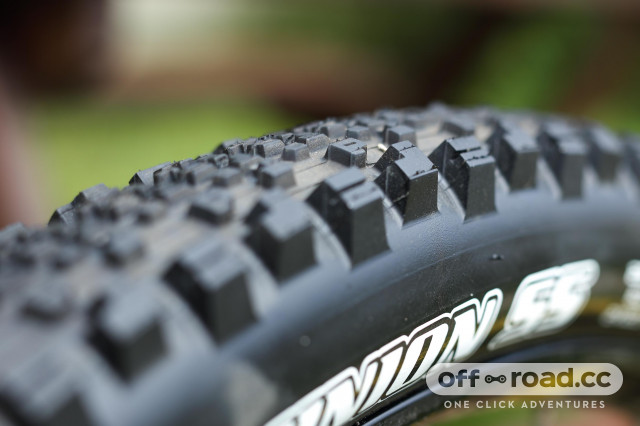 Those prominent shoulders also aid braking – so much so I reckon the Minion SS beats all the other semi-slicks, such as the Schwalbe Rock Razor, I’ve had on test. Braking is much more controlled than with rounder tyres, and it’s tougher to force the tyre into a slide.

Grip is impressively consistent in mixed conditions. While I wouldn’t want to be riding it through super-wet bogs, its behaviour over firm wet ground isn’t too different to its excellent performance over bone try trails – just with an extra bit of slip. So it’s a great tyre not just for summer, but for a decent chunk of autumn too.

We’ve opted for the Minion SS in Double Down flavour, so we get some extra puncture protection and support but not without a weight penalty – around 230g compared to an EXO casing. The 120TPI casing is very nicely damped, though, and provides plenty of support that only adds to the tyre's already super-confident feel.

While the Minion SS's square shape and extra drag can easily be seen as a downside, it’s a feature that makes for an excellently grippy, predictable and tolerant tyre. It’s quickly become my favourite semi slick so far – about the only thing it lacks is the option for a wider casing.