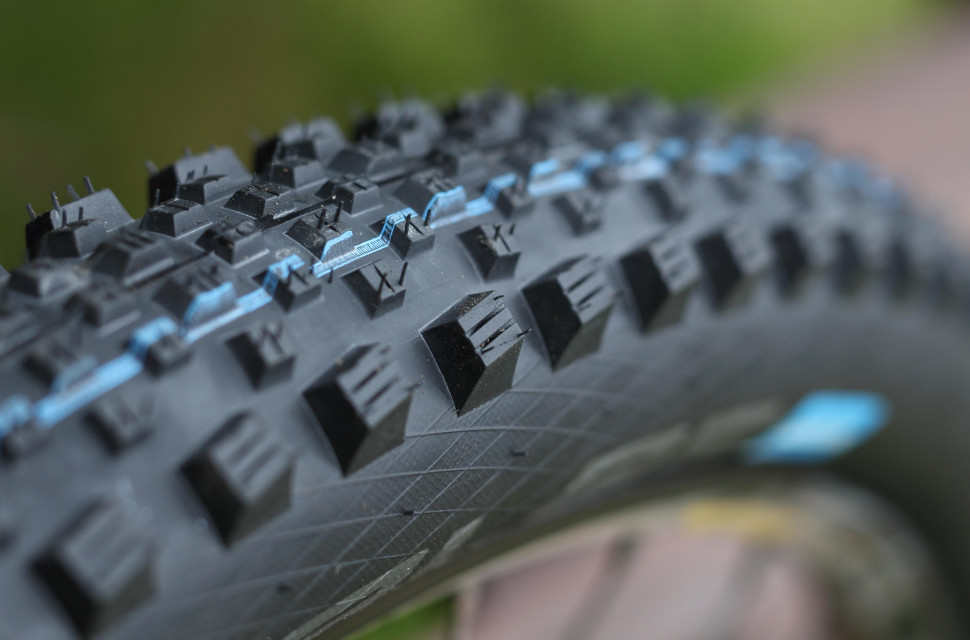 The Schwalbe Rock Razor SnakeSkin ADDIX Speedgrip is a semi-slick, rear-specific tyre designed for fast rolling while offering a ton of grip. It’s light, surprisingly tough and usefully supportive, but the shoulder knobs are brittle and may not last long.

This is the lightweight, SnakeSkin-protected casing version of the Rock Razor, with the ADDIX Speedgrip compound rubber (as indicated by the blue stripe). It’s also available with the Super Gravity casing if your riding edges into serious gnar. 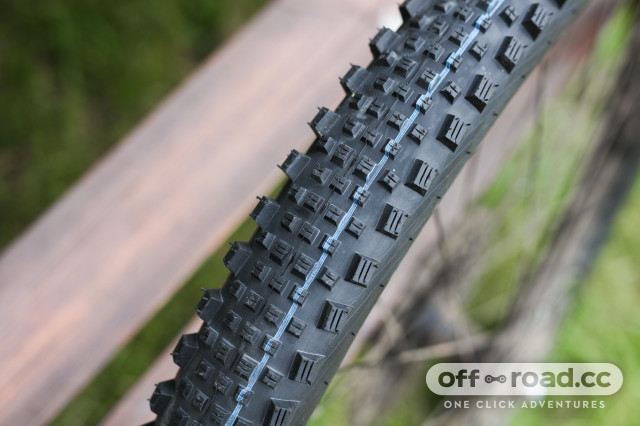 Installing the Rock Razor is a relatively easy affair, especially for a Schwalbe tyre. It’s a tight fit, but thanks to the floppy casing the job is made easier. 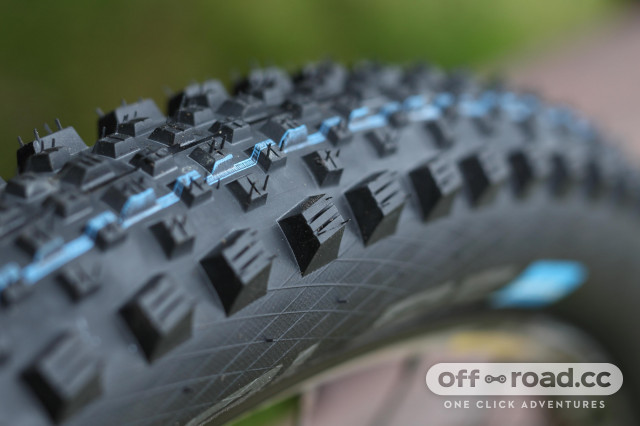 As you would expect, the Rock Razor rolls very, very well, but it also provides a great level of grip in bone-dry conditions. Surprisingly it keeps a similar level of grip when it gets damp too – proper wet conditions, on the other hand, are not for this tyre. 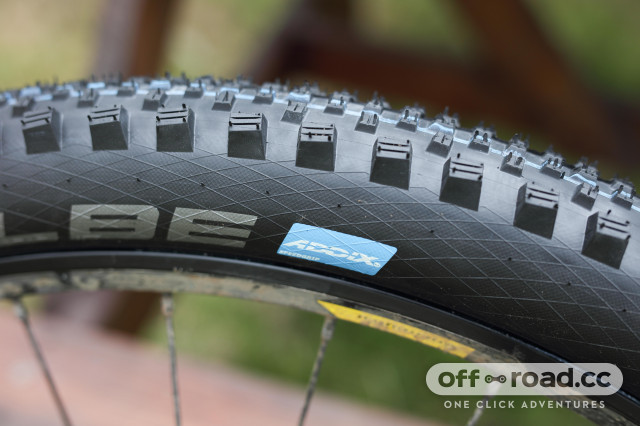 While it’s easy to coax into a bit of slippage if you want it, the Rock Razor corners nicely on its Magic Mary-esque shoulder knobs. Lean the bike a little extra and you're rewarded with reliable, consistent grip.

Understandably, braking isn’t up to the standards of more aggressive rear tyres, but the centre tread design (more open that many similar tyres) offers a bit more traction that its competitors. It's not a great deal extra, but it’s a welcome comfort. 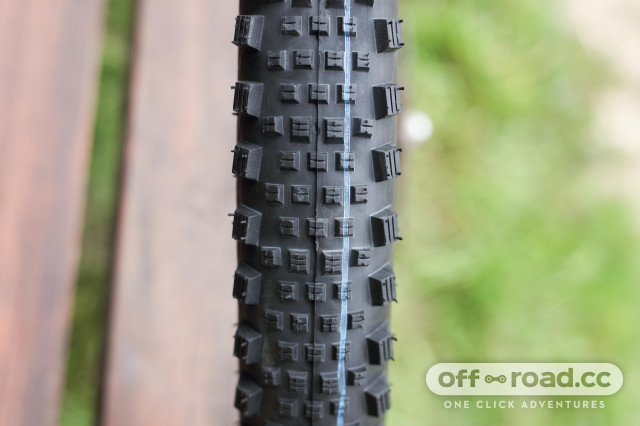 It took only a single ride to take chunks out of many of the shoulder knobs. To me, it looks like the tyre suffered from the rookie move of braking while cornering, but it’s not something I’ve come across with any other tyre I’ve had on test, or indeed ever used. 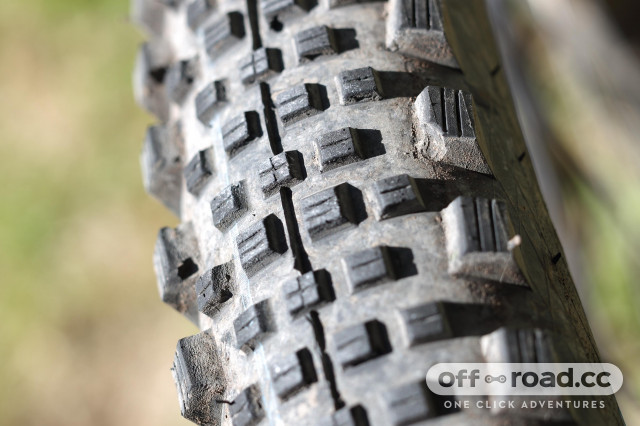 This comes as a surprise, as this is the Speedgrip compound, which is meant to be Schwalbe’s harder-wearing compound (harder than Soft or Ultra Soft). The good news is the tyre hasn’t deteriorated much more over subsequent rides, but such sudden wear of this kind is a concern.

If you’re looking for a fast-rolling tyre that'll happily keep you sorted when it gets damp, if not sodden, the Schwalbe Rock Razor is a seriously good choice. It’s reliably grippy, it's light and it rolls very well. However, it might only serve you for a single summer of riding before the shoulder knobs give up.