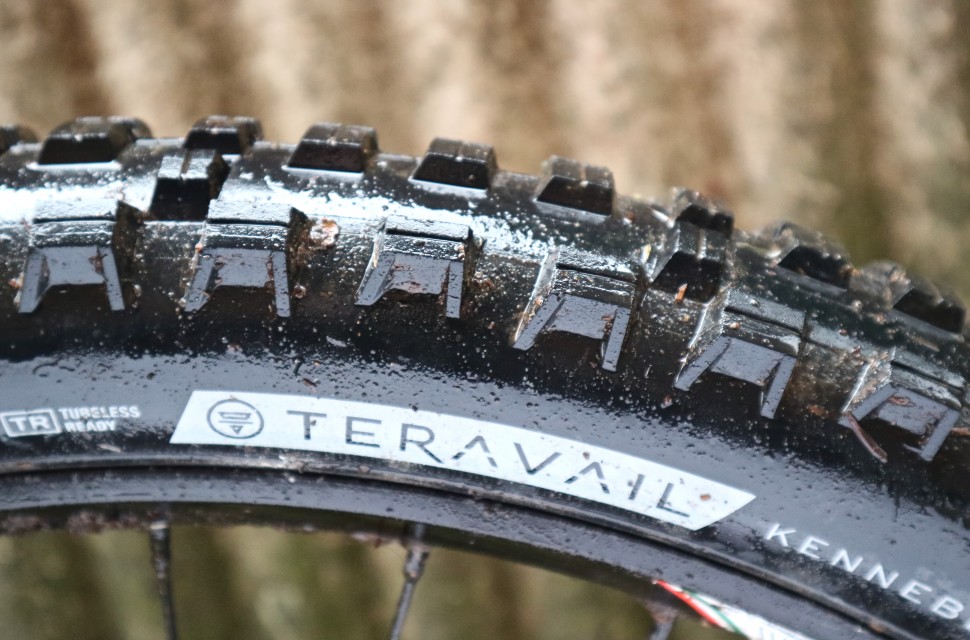 Paul Burwell
|
Mar 10 2019
|
Overall
Quality
Performance
Value
What's good?
What's not?
Buy if...
If you’re looking to upgrade the protection and driving traction on your Plus or e-bike

You’ve probably not heard the name before, but Teravail is a USA based manufacturer with an extensive range of gravel, road and mountain bike tyres. The company has four MTB tyres with three at the monster truck end of the spectrum, including the Kennebec tested here. It’s not the biggest, but it has the most aggressive tread and as such is pitched at all-mountain riding.

The Kennebec is available in 650b and 29" sizes, 2.8" and 2.6" widths respectively and also two casing constructions – 'Light/supple' and 'Durable'. The latter gets a reinforced layer of woven polymer composite between the rubber and inner casing to stop sidewall cuts and reduce abrasions. All four tyres are tubeless ready and share a similar block-style tread pattern and dual compound rubber; 60a durometer in the centre, 52a on the edge.

Since Teravail’s focus is on fat tyres we decided to test the beefy  650b 2.8" tyre with the Durable casing. At 1,363g, it’s a heavy tyre and is giving away 200g to Specialized’s new thicker Black Diamond Butcher and Hillbilly tyres and close to 400g to a tyre with a standard casing, like the Maxxis High Roller II, but it’s not the heaviest out there and it is a proper 2.8" width. 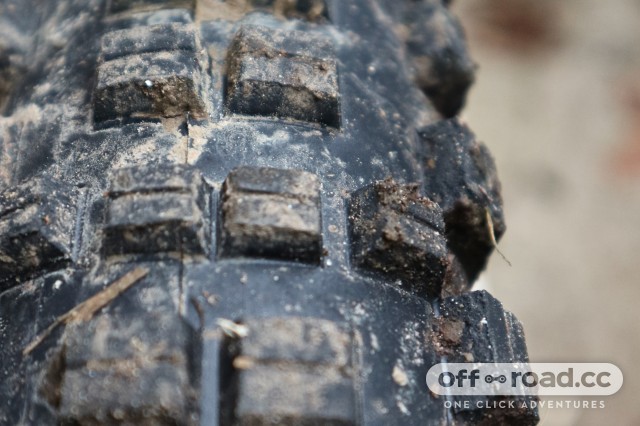 I run tubeless full time now and when testing new rubber, I always prepare myself for a little bit of faffing but the Kennebec seated first time on my SunRinglé Duroc test rim. In its literature, Teravail recommends mounting the 2.8" to a 45mm rim and, while the Duroc is 10mm less than that, the tyre profile was pretty square and even at around 13-15psi I didn’t have any issues with the tyre rolling excessively in corners. I’ve also had zero pinch flat during the test period. 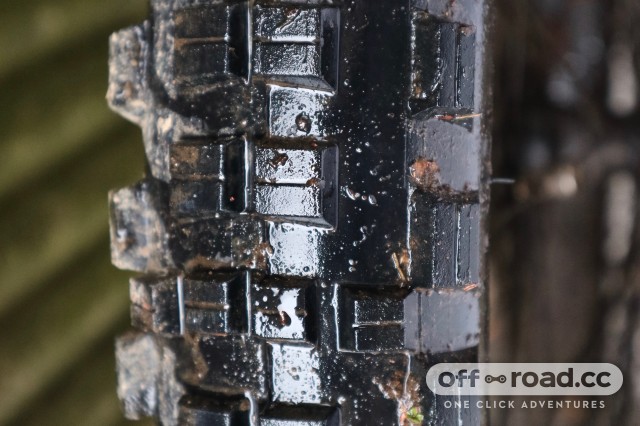 Teravail says the diameter of the 650b sized 2.8" Kennebec is equal to the 29" tyre, which suggests that you can run the 650b tyre in a 29" trail bike. I didn‘t have the 29x2.6" tyre to measure, so I couldn’t verify its claim but I’ve tested plenty of 29" tyres and bike’s that can accommodate both wheels sizes and switching sizes isn’t always straight forward. With a 2.8" tyre, you generally run lower pressures and combined with the extra casing volume there’s also greater tyre deformation. So, while the 650b and 29" tyres may start out the same size, the dynamic geometry of the bike could be totally different.

I have tested the Kennebec 650b tyre on two bikes - a trail bike and an e-mtb with mismatched wheels (29 front, 650b rear); where I obviously fitted it to the rear. It’s a meaty bit of rubber, so doesn’t offer a lot of clearance but there’s a ton of grip for railing turns or clawing your way up impossible ascents. Braking traction is good but, on wet roots and slippery surfaces, it lacks the damped feel you get with a High Roller II and it would often cut loose much earlier. I put this down to the narrow spaced centre knobs and also the gap between them and the edge knobs. Teravail does slot a single knob in this gap every four inches so but I don’t understand the reason for this simply because the contact patch isn’t that big.

Wear has been really good on the knobs and there’s also very little marking on the sidewall, which suggests if you’re riding hard you may be able to get away with the lighter version and save yourself quite a bit of rotating weight. It also confirms my suspicion that the Kennebec 650bx2.8" is best as a rear e-MTB tyre – the extra weight doesn’t matter and with more of a rear wheel weight bias and as e-bike it brakes a bit better too.