Skip to main content
Log In Register
Dexshell Thermlite Socks review £30.00
Warm, dry and relatively slim for what it is, but a little pricey 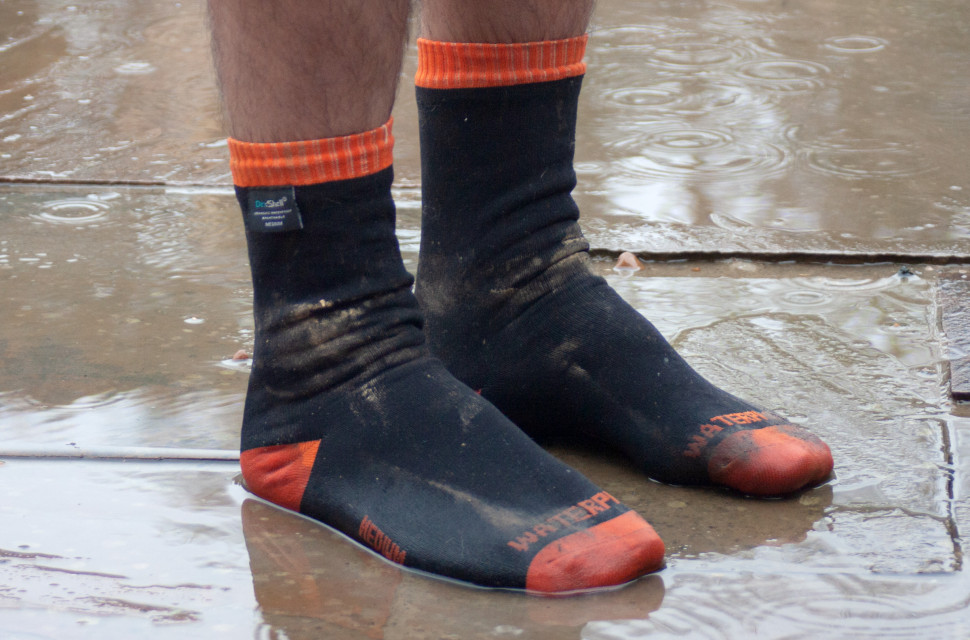 Dexshell make a heap of different waterproof socks for almost every instance, and the Thermlite is mid-length with a thermal rating on the lighter end of the scale. Nevertheless, it's good for all but the coldest riding, though if it was taller it would be better still.

The Thermlite is made from a usefully warm mix of merino wool, acrylic and polyamide, plus some elastane for a well-judged amount of stretch. Despite the very effective Porelle waterproof membrane – the only way water is coming in is down from above – they breathe well in mild conditions, too.

Although pre-formed, they aren’t so rigidly shaped the foot doesn't feel comfortable, and that merino blend makes for a snug and comfortable feel. Overall warmth is good despite the lower level of insulation, though there is difference between these and DexShell's higher-rated socks that's noticeable on long, very cold rides. The upside is that, while still fairly bulkly, they're slimmer than the really warm stuff, which is useful if your shoes are already tight.

I had concerns my foot would move around too much due to the layered construction, but this never proved an issue. It’s also a bonus to be able to hose your shoes and socks and still remain dry(ish) after a ride – the downside is that they take a while to dry from soaked. Happily, they're still warm even when drenched. 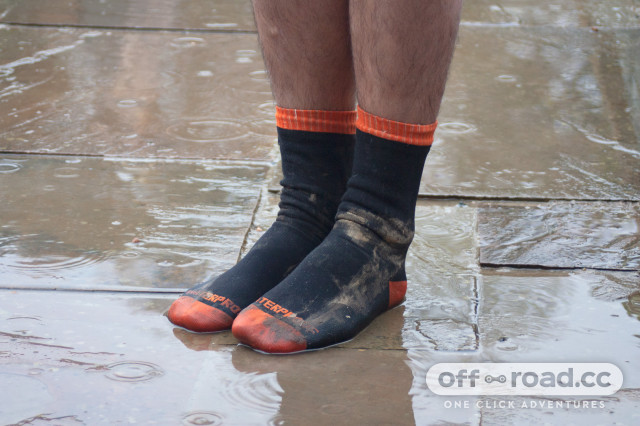 While a longer cuff would reduce splash intrusion and increase overlap with trousers, this  middling length is fine – mostly. With bib tights, the noticeable bulk can encourage the legs to ride up above the sock, leaving bare skin. Obviously this isn't an issue with loose riding trousers.

Quality is good. I found a few loose threads after bramble snags, but nothing has actually unravelled, and the waterproofing is still intact.

Riding with the Thermlite I found them comfy, dry (unless water came in from the top) and also pretty warm for the weight. It’s useful to have the lower bulk, as some riding shoes of mine have less space than others due to size differences.

The Thermlite isn’t cheap, but it does perform reliably, remaining waterproof after a lot of rough use and repeated washes. Personally I'd look at longer versions for the added overlap, but the Thermlite is still a solid option if you want shorter socks. 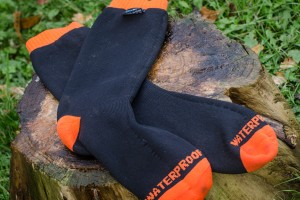