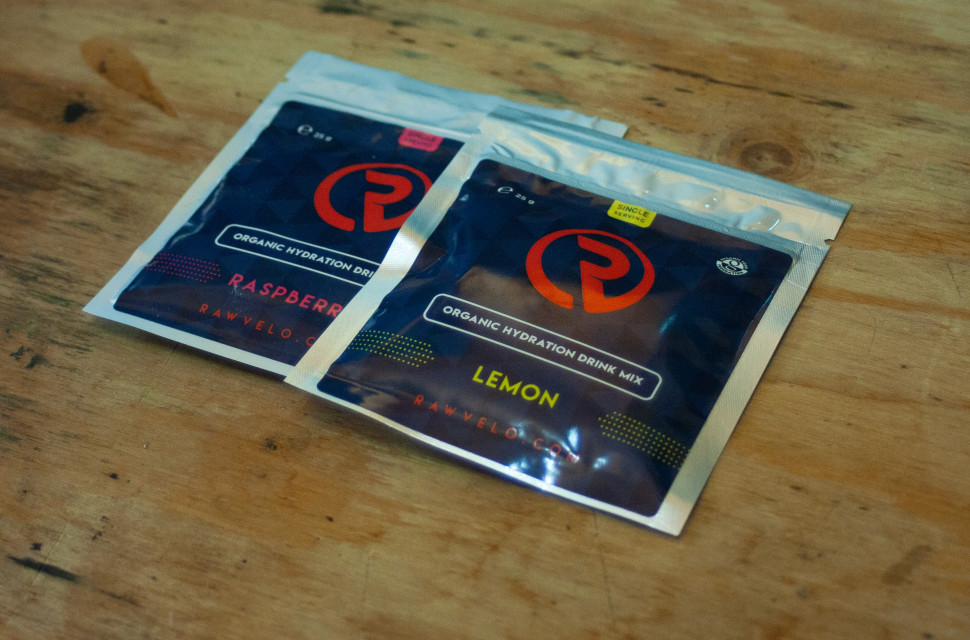 Rawvelo's Organic Hydration Drink Mix is very specifically named – not just because it's free from synthetic ingredients, but in its use for hydration. It's not an energy drink, it's a powdered mix of salt and sugar designed to replace what you lose through sweat. It's palatable, comes in three flavours and works well, though the foil isn't recyclable and it's expensive.

This powder is a blend of coconut water powder, freeze-dried fruit, natural sugars and sea salt. It also contains trace amounts of potassium and magnesium, for a drink that – once a sachet is dissolved in 500ml of water – provides 400mg of salt, 22g of carbohydrate, and 90 calories of energy.

The taste I found very neutral (happily, given that one of the three flavours is called Neutral), though the most appropriate word would be ‘natural’. It's not overly sweet or thick, dissolves easily in water but has a good flavour. The other flavours are raspberry and lemon, and a pack of six sachets contains two of each.

I used it on long rides alongside a normal bottle of water, and it does help with general levels of feeling fresher, and possibly wards off cramp, although this is obviously hard to quantify.

The organic ingredients come with the usual premium on cost, and I’d like to see the packaging improved – the foil isn't recyclable, and although it is resealable it's not clear what exactly you'd use it for again. And while we're being picky, technically this is a rehydration drink, not a hydration one... something that will become clear if you search for any of the cheap, simple rehydration mixes you can whip up in your own kitchen.

While Rawvelo Organic Hydration Drink Mix isn't the cheapest option it's tasty, convenient, and free from artificial flavour, colouring or sweetener – a group of attributes that will surely please many people.