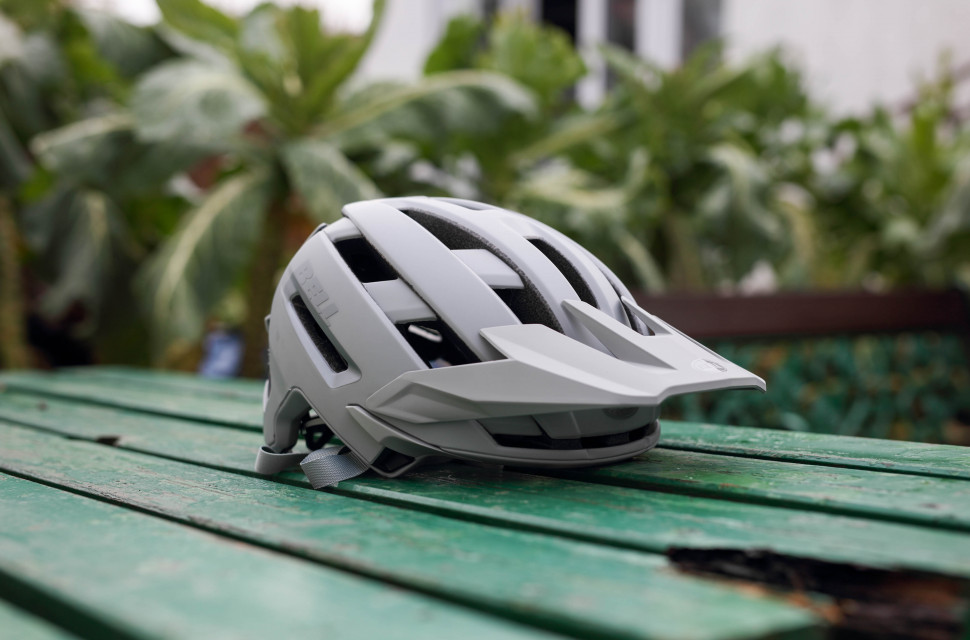 The Super Air MIPS from Bell is the open-face version of its Super Air R. It ticks all the boxes as a solid trail lid and offers the extra protection of Spherical MIPS, but that protection comes at a very hefty price.

It comes with 18 vents, plus an extra four ports at the brow that guide air from your forehead and over your head. The helmet then uses a 'sweat guide' pad design to pull sweat away from the brow and stop it from dripping into your eyes, or onto your glasses.

The big thing here is the unique Flex Spherical + MIPS system, which comes from a collaboration between Bell and MIPS. While not found in many helmets at the moment, Bell previously used it in the Bell Super Air R – the convertible version of this hat. 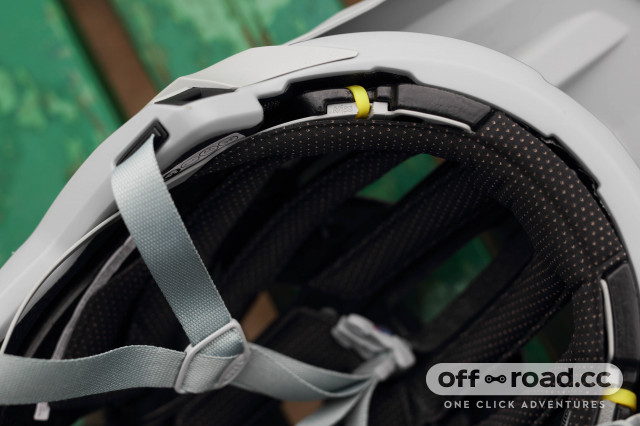 It's basically MIPS on steroids. Rather than a plastic cradle, Spherical MIPS uses a thick foam cradle with MIPS elastomers, effectively building the system deeper into the helmet. That results in a ball and socket design that offers a lot more movement than regular MIPS.

Bell says that Flex Spherical + MIPS allows designers to better build in ventilation and, of course, offer more protection to the rider. The difference between this and the standard rotational impact system is really clear. 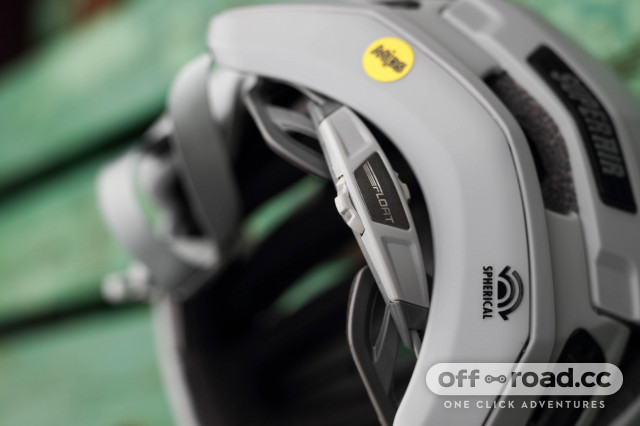 The combination of the slinky Float Fit cradle and the Super Air’s padding makes this helmet an impressively comfy place to be. While it does fit a bit smaller than other medium helmets I’ve tested, it still fits well – but it’s well worth checking your head size against Bell’s size charts.

The Super Air is a pretty hefty chap at 410g, so in terms of weight it's got some stiff competition from the likes of the £150 Lazer Jackal MIPS at 395g or the especially lightweight, £130 Specialized Ambush with ANGI at 300g (both in a size medium). 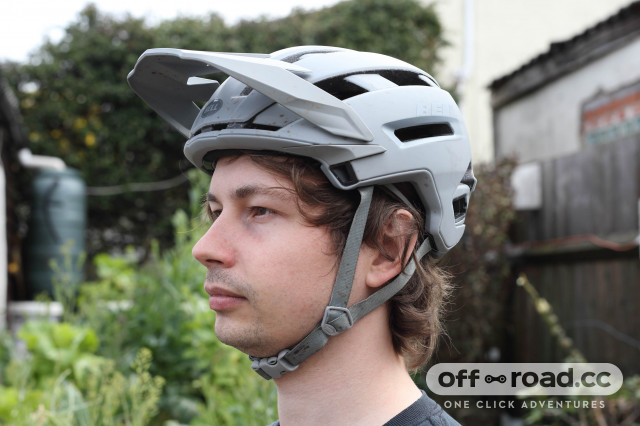 However, this Bell hides its weight impressively well thanks to its comfortable fit and well-placed padding. I never felt it was too heavy, and it's a perfectly usable trail lid for both long and short rides. However, the Float Fit system can pull on hair at the back of the head when you're taking the hat off.

Those 18 vents do an excellent job of keeping the Super Air cool. Airflow is absolutely noticeable. 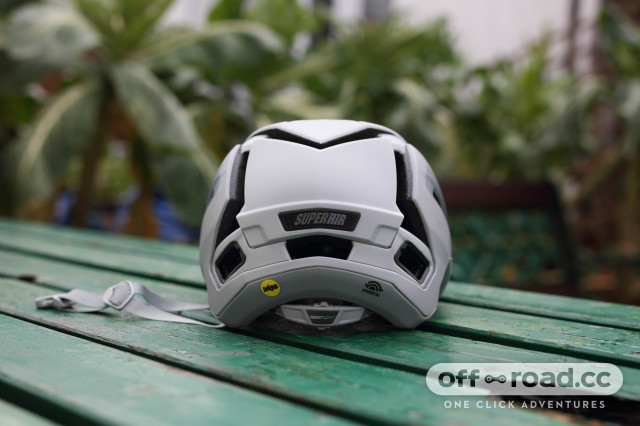 The sweat guide pad design works reasonably well too. Sweat interfered with my vision maybe once or twice during my time with the helmet, but it’s definitely less of an issue that with other lids. 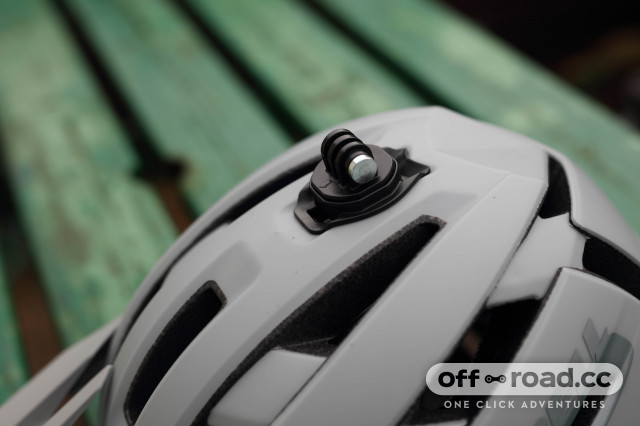 In the box is a super-cool GoPro mount that slots into a vent and pops out with a push of a little lever. It's well placed, distributing the extra weight over the whole helmet. This little mount makes it really easy to clip on lights or action cameras; I mounted a GoPro and I was able to put it on and take it off very quickly, so I didn't have to ride around with the extra bulk of the camera the whole time. 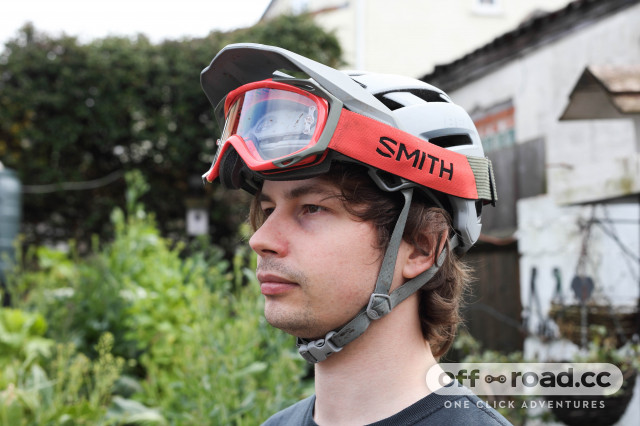 Integration with goggles is rather good. The helmet provides a stable base whether they're stowed underneath the visor, or worn on your face. There’s also plenty of room for bigger glasses.

There's also lots of room under the visor to stow your glasses if you don't mind stuffing them arms into the vents, but it's not the most secure place. 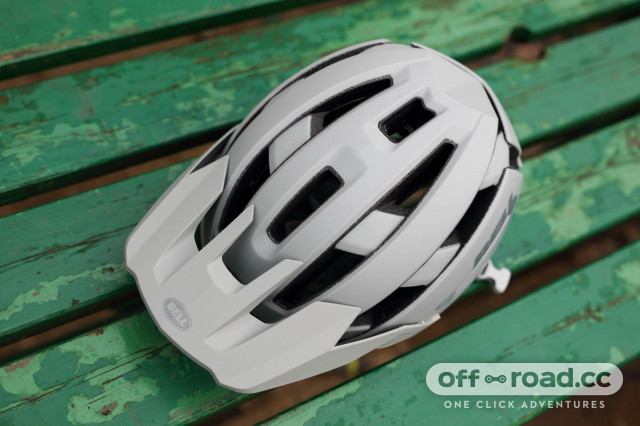 If you're worried about buying this version over the Super Air R, then regretting it, fret not. This helmet comes with all the mounts for the chin bar, so you can add one later for £80 (for a total that's only £5 more than a whole Super Air R).

I really like the Bell Super Air MIPS because in its simple but effective design it's a flawless trail helmet. It's comfortable, cool and I think it looks pretty good, but unless you're really after Spherical MIPS (which can also be found on the much cheaper Giro Tyrant Spherical Dirt Helmet), it's tricky to justify this lid's very serious price tag.