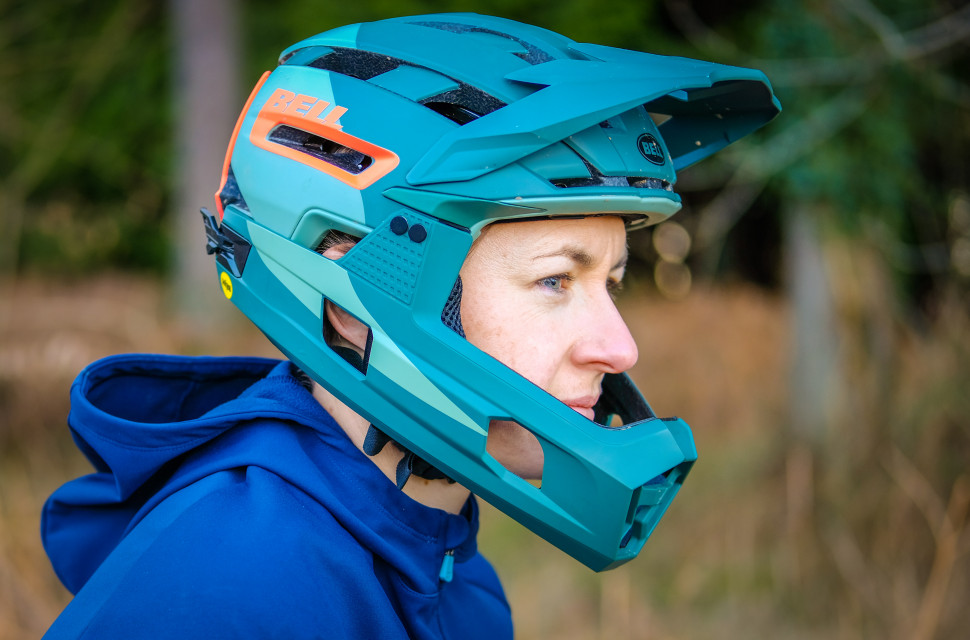 The Bell Super Air R MIPS helmet is a convertible trail and enduro helmet that's extremely light and well ventilated. It’s comfy and the chin bar is easy to remove – or replace – but it’s an expensive lid, and if you're gravity-focused it's no substitute for a traditional, certified full-face helmet.

The Bell Super Air R is an evolution of the Super 2R and Super 3R convertible helmets, and it's a completely new design. It offers a Flex Spherical MIPS cradle, a new chin bar design, better ventilation and less weight than a Super 3R.

I like the new style of the Super Air R. It's much less ‘bowl like’ than its predecessor, looks pretty good both with and without the chin bar, and comes in a decent range of colours.

Despite having fewer airholes than the Super 3R, it's actually both better vented and lighter – no mean feat given the substantial Flex Spherical MIPS system. The 30 vents are effective and it's light and airy in use. Other features include X-STATIC padding that inhibits bacterial growth, an adjustable visor, and a detachable camera mount. 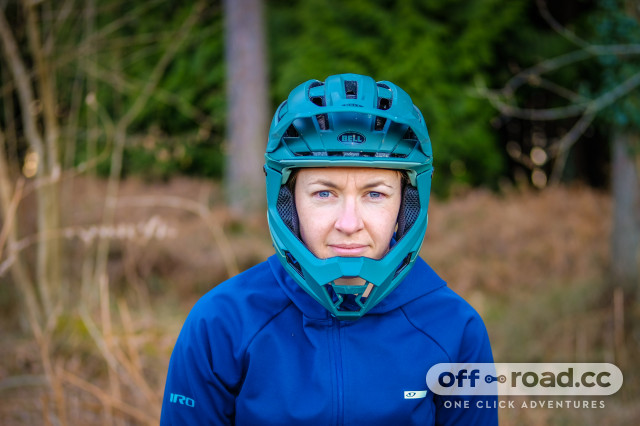 That Flex Spherical MIPS is quite different to other MIPS systems I have seen. It still comprises two layers, but they're new: one is expanded polystyrene (EPS), in the outer layer of the lid, and the other is softer expanded polypropylene (EPP) foam. This sits closer to the rider's head to help with smaller impacts.

The two are joined by rubber bands, and can move independently of each other in any direction, it's like a ball in a socket joint. The easy-to-adjust Float Fit cradle is attached to the inner layer, and your head is attached to that. 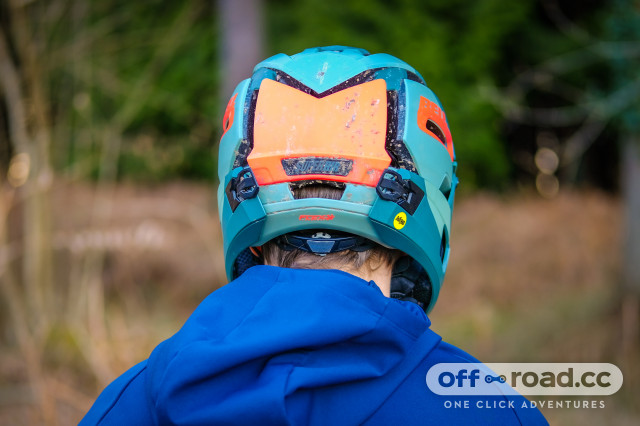 The lid, without the chin piece, weighs 397g for a size small; that’s 27g more than a small Giro Montara and just 18g more than a Bell Sixer. Impressive given the different MIPS layer and the extra gubbins for attaching the chin bar. 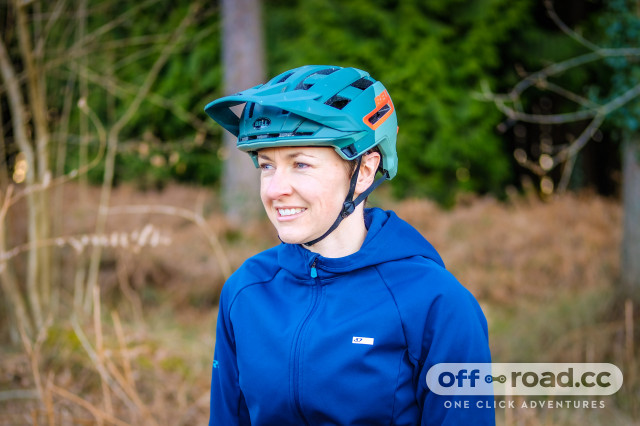 Bells says the Spherical MIPS layers improve protection from both low and high speed impacts, as the varied densities better manage impact forces, as well as sliding over each other well to diffuse rotational forces. The new layers also help improve ventilation. 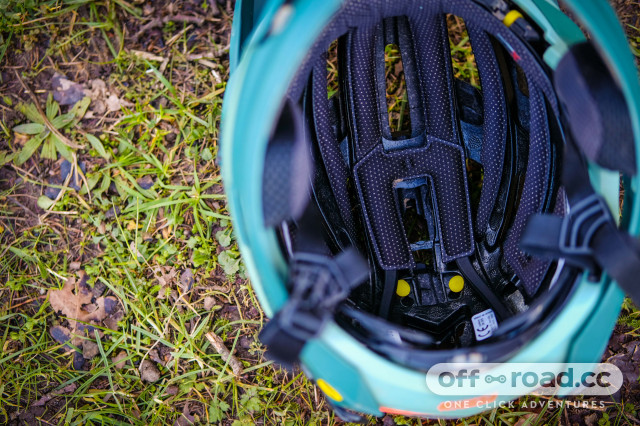 I’m well aware there's scant research from unbiased parties on MIPS in comparison to other tech but right now. However, the idea makes sense, and I’d rather have it than not. It's comfortable, plus it doesn’t add any meaningful weight or heat. 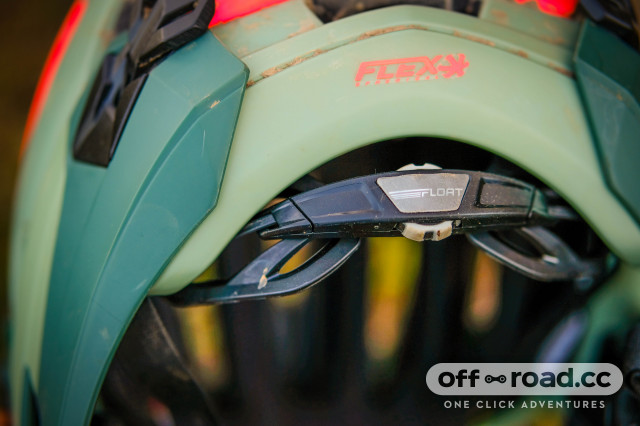 Attach the chin bar and the overall weight jumps to 615g. For comparison, a Bell Super 3 is 784g, a Troy Lee Stage helmet (medium) is 704g and a Giro Switchblade weighs 921g, although the latter two are fully downhill-certified lids rather than halfway houses. 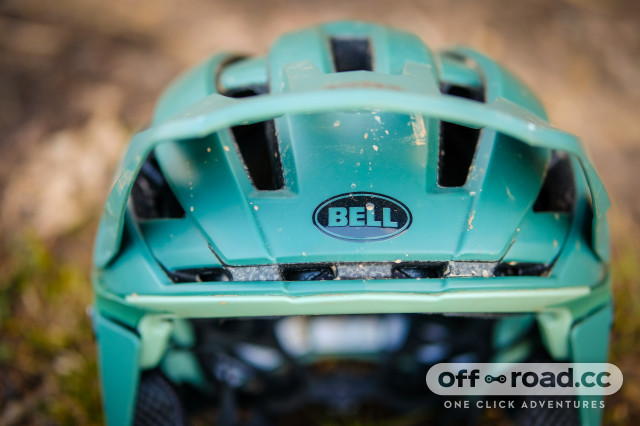 With the lid off, the chin bar is easy to attach: line up the slots on the front, align the two levers with the vents at the rear, and clip into place. It's a little tough to get the helmet on with the chin bar attached, however, but luckily it's easy to the get the chin bar on when you're already wearing the lid as well. Once you know the layout of the attachment points it's simple – easier than a Giro Switchblade, in fact. 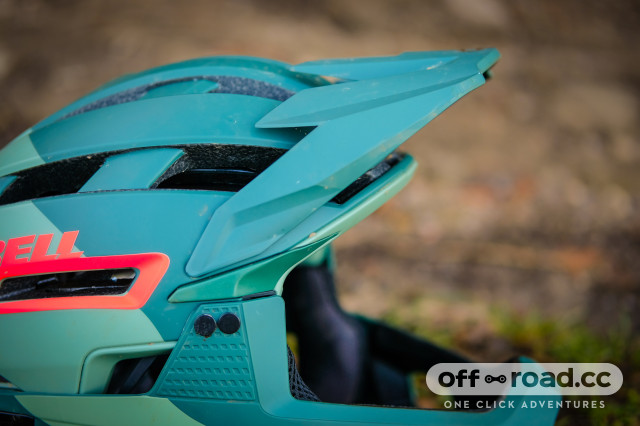 The chin bar doesn't extend very far, yet is spacious at the sides – even the thicker set of pads don’t touch my face. This lets the bar act as a lever, twisting the upper helmet if you apply pressure to either side. It's hard to believe that's ideal on impact, and the chin bar doesn’t feel especially substantial either, though nevertheless this helmet does meet all the appropriate requirements. 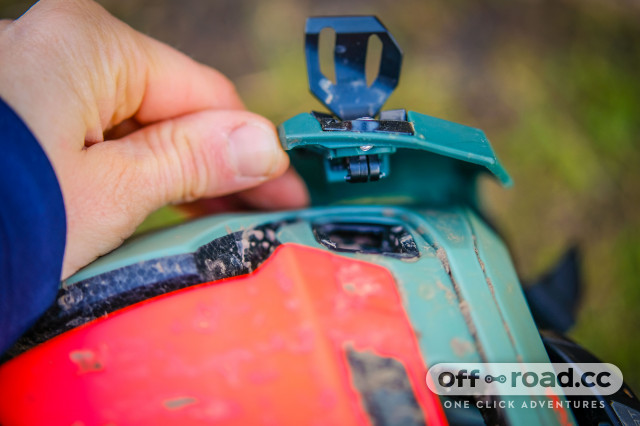 UK distributor Zyro-Fisher had this to say about my concerns: “The Bell Super Air R conforms to meet both CPSC Bicycle and CE EN1078 standards. It was not designed for enduro racing or (gravity) bike park use ... The Super Air R isn’t designed to be a replacement for a designated full face helmet or to be used for mainly gravity based riding.”

So, don’t use this for mainly gravity riding. That's fine as far as it goes – the Super Air R MIPS offers more chin/face protection than the zero of regular trail helmets – but it does leave this lid in a slightly hazy position. Given that none of us choose how, when or how hard to crash, it's impossible to know whether you'll be in the realms of a 'mainly gravity-based riding' impact or not. So it's impossible to say whether the investment will pay off. It's a definite maybe.

If I were looking for extra protection over a trail lid, I’d probably steer clear of this in favour of something heavier-duty, such as Bell's own Super DH (£15 more) or Giro's Switchblade. 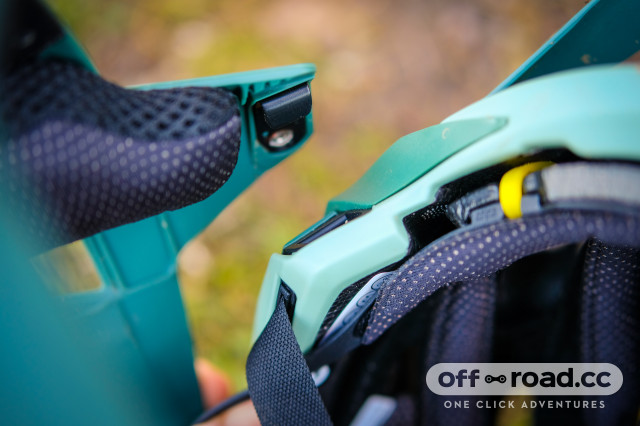 At £275 for the helmet and chin bar, it’s this is a lid that’s hard to categorise. It's impossible to know exactly how the bar will protect the rider, and Bell doesn't provide any safety information in relation to it. Alternatively, you can buy the Super Air without the chin bar for £210. That's still an expensive helmet, but if you want a comfy lid with lots of tech and good rear coverage, you'll like it. 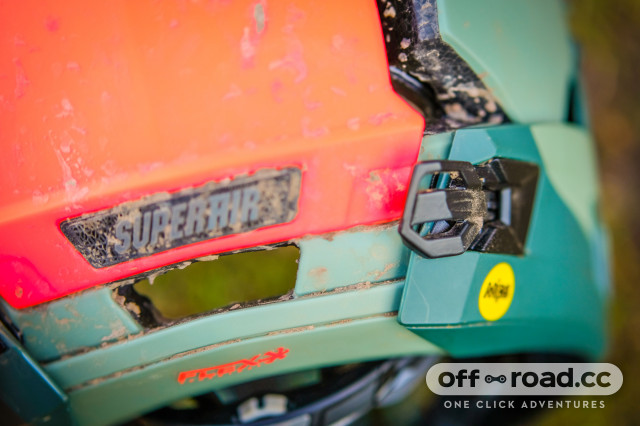 A full-face that isn’t recommended for gravity riding is, for me, a tough sell. I like my face and teeth, so when I feel the need to protect them, I do it as best I can – with a full-face helmet that meets the accepted standards for serious riding. Meanwhile, for gentler riding the choice of trail helmets is almost endless, and mostly at prices far lower than this.

If you're looking for a bit of extra face protection and a bit of extra confidence on the trails, the Bell Super Air R MIPS is a nicely-made, light and comfy option – just don't expect the sort of performance you can get from a dedicated full-face if things go seriously wrong.