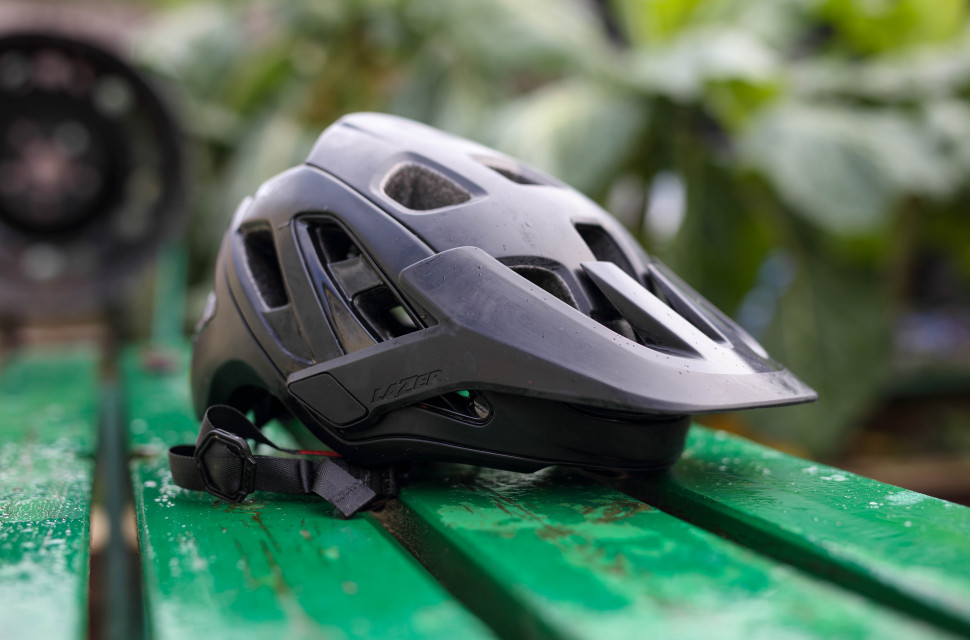 With the Jackal MIPS, Lazer takes aim at the trail/enduro market with a design that's both impressively comfortable and very protective. It's thoughtfully designed, with a host of mod cons to please any enduro rider, although it’s a little on the portly side – and it's fairly spendy too.

The Jackal has an impressive feature list: you get a Fidlock closure, Lazer’s Active Turnfit System, a vertically adjustable head basket, grips for a goggle strap, eyewear-friendly recesses above the ears, and of course, MIPS.

There are 19 vents forming an inlet/outlet system, with channels inside to keep air flowing over the head. 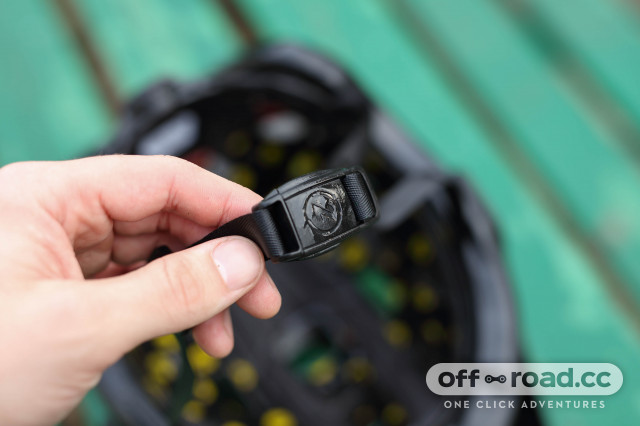 The overall build is totally in line with its price, and at 396 grams it feels substantial – it’s a solid feeling hat in general. 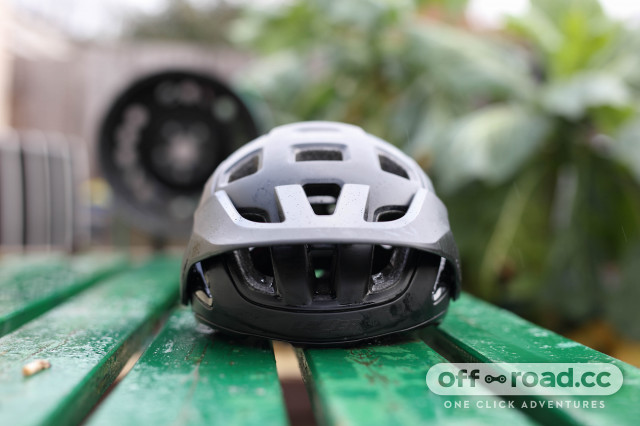 There is some EPS on show inside the vents, but the rim is wrapped as part of the helmet’s shell, which protects it from dings and dents when it's not on your head. 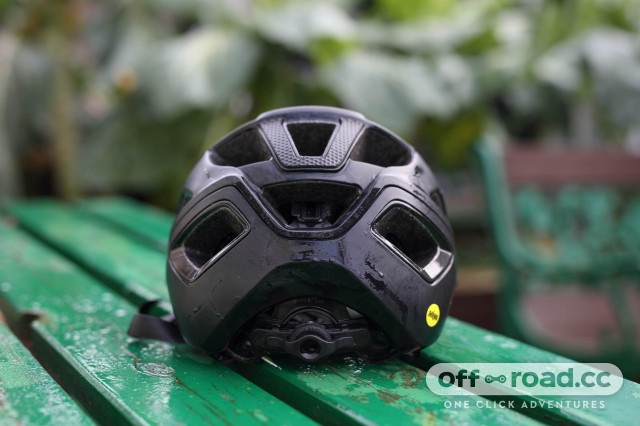 One touch I really like is that the straps are such a lovely soft fabric. Where some harsher straps can get really noticeable and niggly, these are so comfortable it feels almost like there’s nothing there. 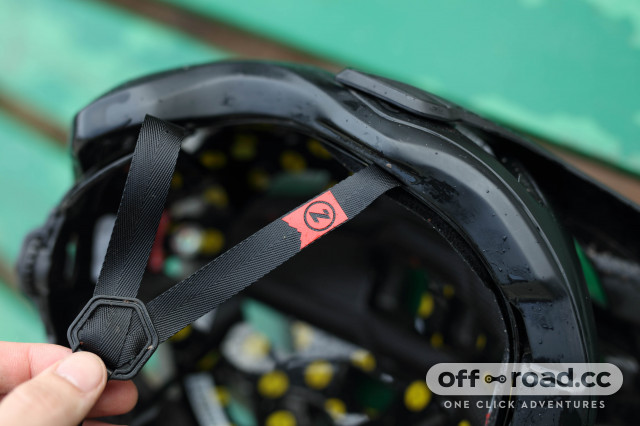 The Active Turnfit System does an awesome job of applying even pressure around the head. Rather than squeezing just the front or the rear, as many helmets do, the Jackal hugs the circumference of my noggin nicely.

It does require a very quick adjusting wiggle, but Lazer's efforts to make this comfy really shine through – it's a stand out feature of this helmet. 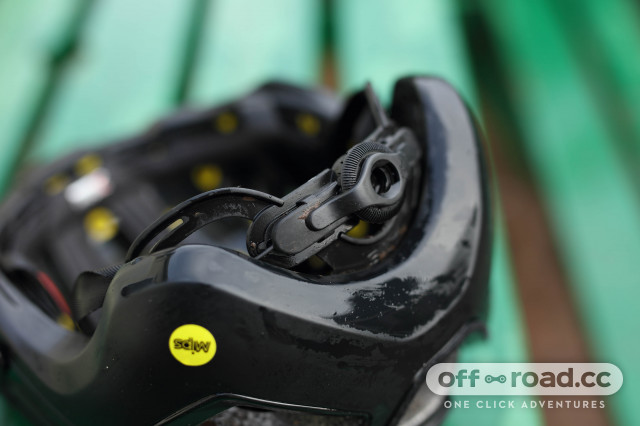 At first glance, the rather conservative splattering of padding may lead you to believe it’s not the most comfortable of lids, but you would be very wrong. Much like the far cheaper Lazer Chiru MIPS, the lack of padding isn't noticeable. 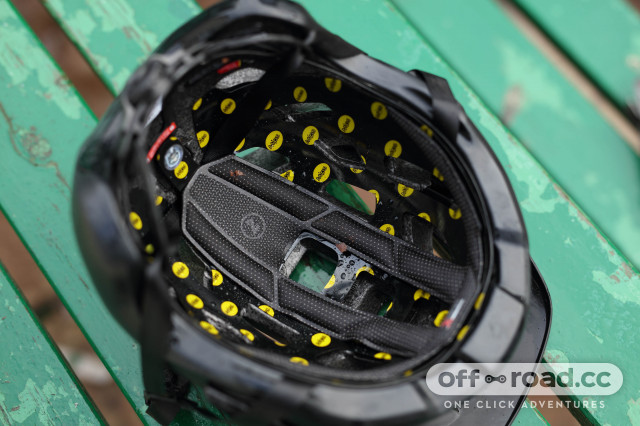 I’ve not yet tested it in proper heat (thanks, British winter) but the vents do a noticeable job of guiding air around the head, though it's not so breezy that it’s super cold when the temperature drops. It's not Specialized Ambush levels of airy, but it's certainly good enough. 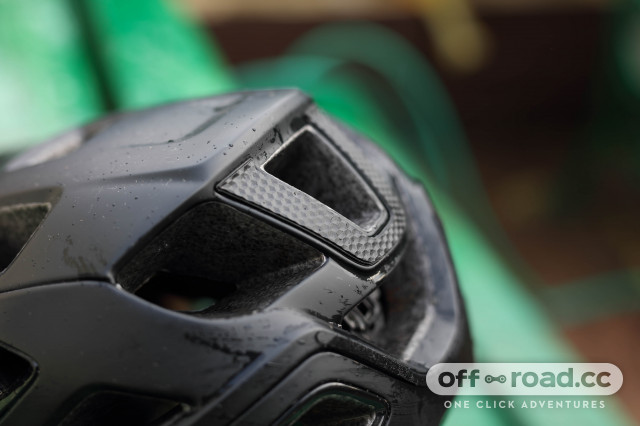 Add goggles to the Jackal MIPS and you have a match made in heaven. The gripper surface and the shaping hold onto your strap very nicely, and it’s never a wrestle to pop goggles in place either. 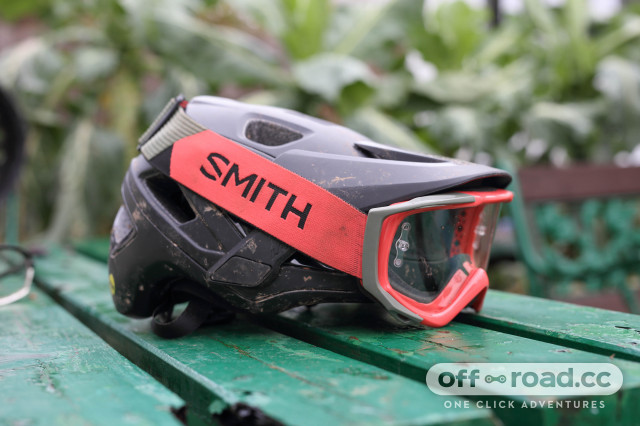 There's plenty of space underneath the visor for goggle stowage. In fact, the visor is designed rather well, with its retaining screws covered with removable plates and holes that take glasses in them easily for storage. It clicks positively into its three positions, which run from low enough for good coverage to high enough to stay out of your vision.

The front sits fairly low on the brow, so it could interfere with bigger glasses, yet as a rider who swears by glasses on every ride it’s not been a problem for me. 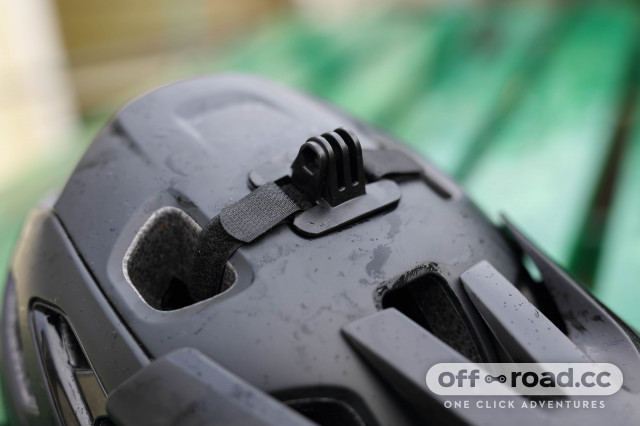 That 396g heft is edging onto the weighty side for an open-faced helmet, but the Jackal MIPS hides its weight well. It’s definitely comfy enough for all-day rides.

Unfortunately, the retaining nut on the included GoPro mount wasn’t anywhere to be seen, so I wasn’t able to test the one that came in the box. However, having fished another out of my bike tat pile, I found the Jackal provides a solid platform for lights and other GoPro-mount accessories. 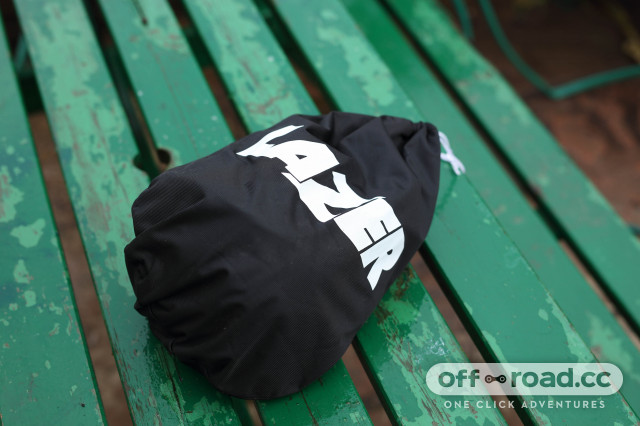 Oh, and another thoughtful feature is that the Jackal comes with a bag!

It's tough to grumble about the Jackal MIPS. Lazer has done what it has set out to do – in fact, it's knocked it out of the park. It's supremely comfortable, breezy enough and pairs excellently with eyewear. I reckon it looks pretty slick too.

The only thing that might really put you off is the £150 price, and sadly, there's no cheaper non-MIPS version for the UK. However, for comfort, performance and quality, you're definitely getting your money's worth.