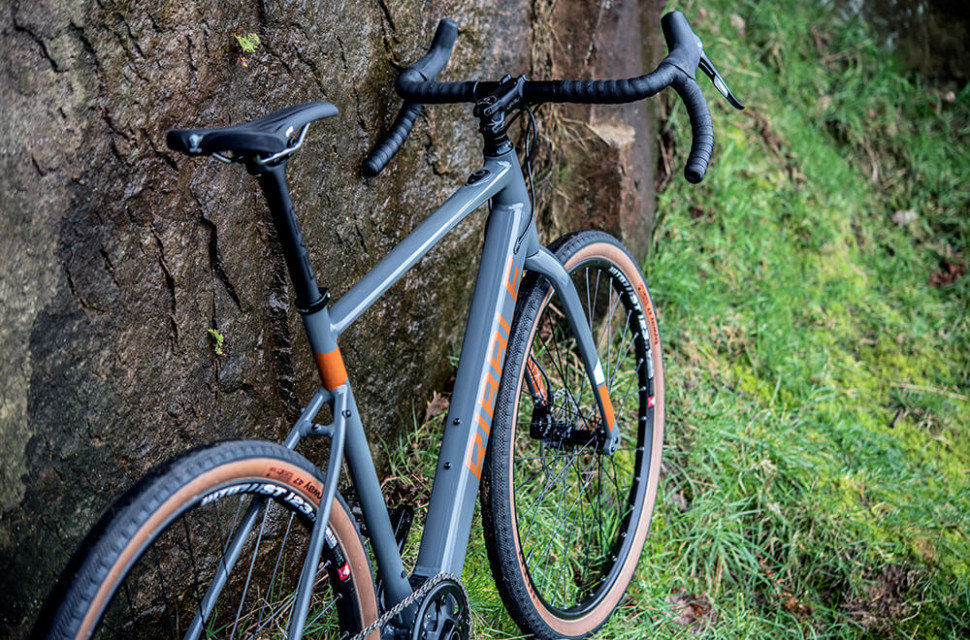 KiwiMike
|
Dec 10 2020
|
Overall
Quality
Performance
Value
What's good?
What's not?
Buy if...
You want to go further than ever

The Ribble CGR AL e is a cracking bike for the money. Comfortable, stable and capable over very rough ground or while effortlessly eating up road miles, it adds intuitive, discreet electric assist to a fundamentally great chassis. It's a bike that opens up huge possibilities (for all levels of rider) in covering serious ground – and having a lot of fun along the way.

Let’s get something out of the way first: ebikes are not cheating. They just let you go further and faster in the same amount of time. Never mind the forums, here’s the science – you can still beast yourself into a sweaty, glucose-depleted mass having burned 2,000 calories in a few hours on one. Trust me, I've been there and got the ‘Nearly Fell Down Stairs Afterwards’ t-shirt.

In fact, industry word is that many pro riders now train on ebikes to keep their heart rates down and to minimise the effort needed on recovery days, when getting the blood pumping is good for recovery. 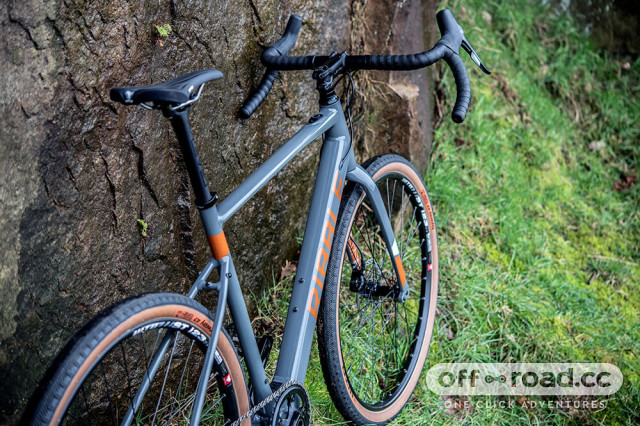 Now we’re clear on that, let's put another old sawhorse out to pasture: ebikes are not necessarily ugly. Not anymore. The Ribble CGR AL e (‘CGR’ hereon) is so stealthy in its e-ness that my friends had no idea it was an ebike until I told them.

The downtube housing the (dealer replaceable) 36V/250Wh Panasonic battery is on par, size-wise, with some non-ebikes, and as the motor is tucked between the cassette and disc rotor inside the rear hub, it’s pretty much invisible. The covered charging port on top of the bottom bracket is similarly discreet, leaving just the go button on the top tube to signify anything’s special. 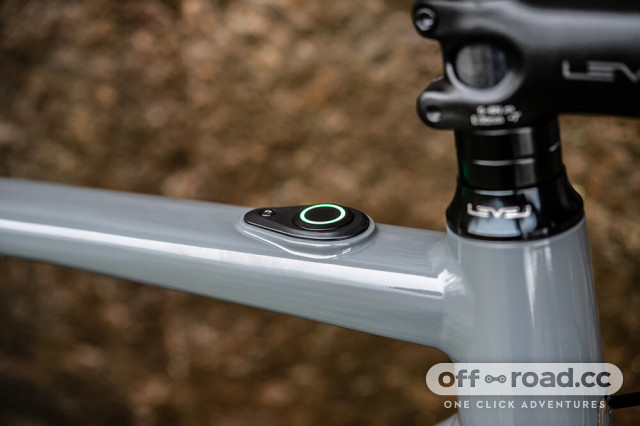 Ribble has opted for Mahle's Ebikemotion X35 system (as have the likes of Orbea, Colnago, Bianchi, Cannondale, Pinarello and Wilier). Weighing 3.5kg all-up, it's a well-respected setup with dealers easy to find for support. 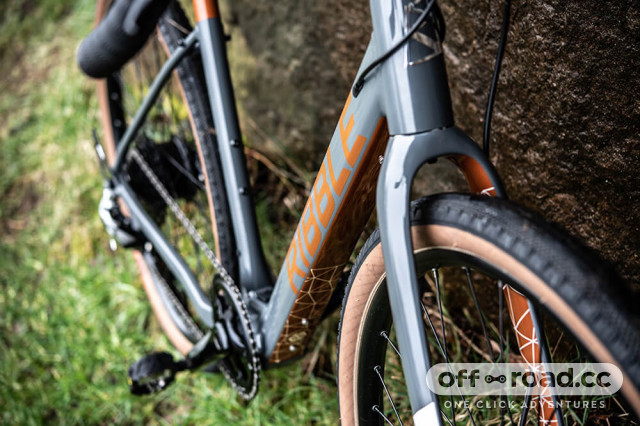 Also, Ebikemotion chargers, batteries (there's a 36v, 208.8Wh Range Extender for £550 that almost doubles the capacity) and many parts are interchangeable – so being caught out in future by unavailability is pretty unlikely. This is a major issue with some ebike systems, where batteries can be unavailable after just a few years. 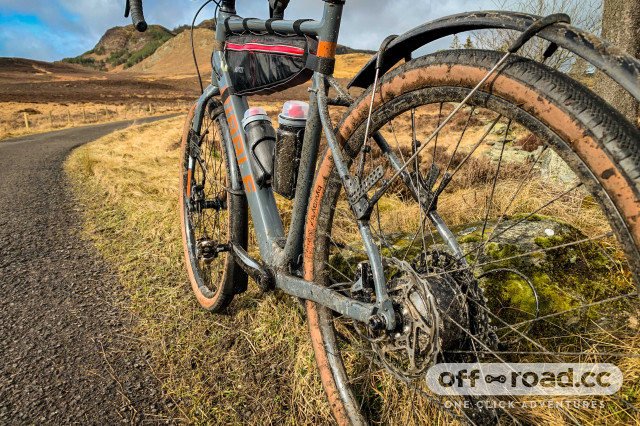 Beyond the assistance, the CGR remains bang up to date, with a dropped driveside chainstay accommodating 47mm 650B tyres, short seatstays, and an ovalised top tube for comfort (the infamous ‘vertical compliance'). It also wears a 12mm front through-axle, rack and mudguard mounts, and even a third set of bottle cage bosses under the downtube for loaded bikepacking.

Oddly these two bosses are 79mm apart, however, not the standard 64mm, so you need either something like the Blackburn Cargo Cage or an adapter such as the Wolftooth B-Rad. There’s also a single boss near the top of the downtube, for fitting a mudguard of sorts, presumably.

This being the 1x version there’s a spare internal cable routing port on the downtube, which is just asking for an internal dropper post to be fitted. There’s a Di2 port cover where a front mech would go with a band-on mount, and if you want a cable front mech, there’s a port for that too. Ribble has really covered all the options.

This particular build (SRAM Apex 1x 650b) is more roadie than gravel: the bars are relatively narrow and unflared, and the slick, 47mm WTB Byway tyres are occasionally ‘interesting’ away from dry tarmac or gravel. Ribble only offers 650b tyres from WTB, so if you’re after something else you're out of luck

However, this build is just one of nine 'popular' builds Ribble offers, and you don't even have to pick one of those – you can configure the bike just how you like online.

As a consequence I shan't delve into the nuance of trail, wheelbase, handlebar flop and all that – just know the core frame and design is stable where it needs to be, and fun when you want it to be. These days it’s rare for a major brand to release a clanger, handling-wise. 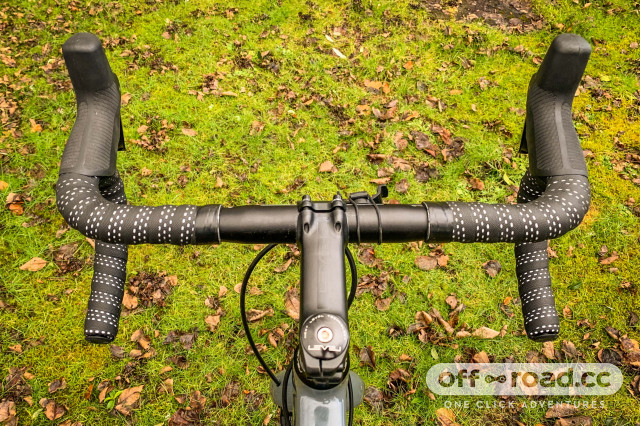 The hub-drive motor should not be seen as inferior to the more-common (for now) mid-motor version that drives the chainring, not least for maintenance reasons. As Sean Lally of industry training gurus Cycle Systems says: "Bottom bracket bearings are now part of the hermetically sealed motor, which us mechanics are not allowed to disassemble (we'd invalidate the warranty).

"With all the extra torque going through them from the motor, and water and dirt ingress too, brand managers tell me a UK rider can go through a set of bearings on an eMTB in two months. [The repair] process could easily be a month end to end."

We think you'd have to do a lot of riding to kill them in two months, but the issue remains.

While the CGR avoid this issue with BB bearings, it's doesn't avoid it completely – instead it's the rear wheel bearings that are problematic. Ribble says these (and freehubs) require a return to their UK service centre for replacement, where special tools are used to open the motor.

Any issues during the warranty period will be sorted free of charge, though as these bikes are so new Ribble don't yet have a ratecard for post-warranty replacement (this review will be updated once the costs are available).

Challenging bearing replacement is common to pretty much all ebike motors, be they hub or crank-mounted, and we'd seriously like to see ebike manufacturers standardise on ultra-long-life bearings, like SKF's MTRX range, that feature 'solid oil' and could outlive the frames or wheels themselves.

As an aside, the only brand to address this is Bosch. They have a dealer service kit for replacing BB bearings, and it's a quick, easy and relatively cheap job. 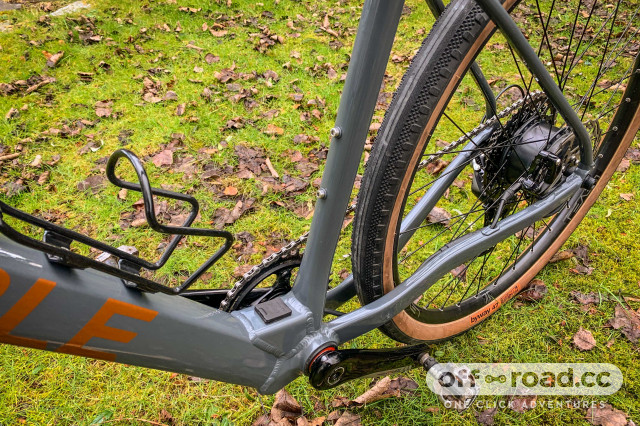 The BB here is a pressfit SRAM GPX BB86, and because it’s not a proprietary setup with a magnet sensor involved, you can go for any suitable BB (the magnet here is in the cassette lockring).

A ‘feature’ of the X35 is that motor assist is enabled by the cassette lockring as it turns, which means it's possible to pedal with only the gentlest effort and have the motor do all the work – even one-legged.

Where this gets really interesting off-road is that you can keep the pedals level to clear obstacles, yet still get an assist by quickly rocking the cranks to ratchet the cassette forward without ever making a full revolution. When you get the knack it means you can easily clear sections of trail – deep ruts, for instance – that are otherwise unrideable.

Less welcome is the lag between you stopping pedalling and the motor shutting down; you can get a little unexpected boost if you suddenly come to a dead stop. In practice this only caught me out once when it caused a small slide on wet grass, but I did have to throw a foot out with some urgency.

An optional but rather important part of the package is the Ebikemotion app. This can be used to record your rides and upload them to the Ribble-branded portal, then synced with Strava or exported as GPX or KML files. There’s a ton of functionality here, using data on every aspect of each ride, including mapping, gradients, and lots more. If Strava showed as much info you’d think it was a pretty good job.

You can change the assist levels in real time using the app, too.

Route navigation is not great, though – Google Maps or Viewranger are much better – and the app has various other foibles. The rev counter fluctuates wildly, and the fuel tank indication is only good for charge level as the range remaining is not even remotely useful.

There’s a setting called ‘Heart Rate Assist’ where help only kicks in once a pre-determined heart rate has been reached, which is clever, and you can set alerts and reminders – for example, to remind you to eat or drink, or an alert when you reach a particular distance.

The Ebikemotion platform includes a remote button with a USB port, which would be a great way to power a phone, but sadly the CGR doesn't have it.

Riding with the motor off – either because you’re faster than 15.5mph, or because it’s deselected – the CGR-e feels like any other fat, supple-tyred roadbike. I really didn’t notice the extra 3kg or so the system adds. The fast-rolling yet grippy tyres eat up small bumps in the road and give ooodles of confidence into corners or when braking, and there’s not a hint drag from the motor.

It’s the strangest feeling, but I felt I was getting a boost even though it was clear from the speedo clocking over 20mph that this wasn’t the case. 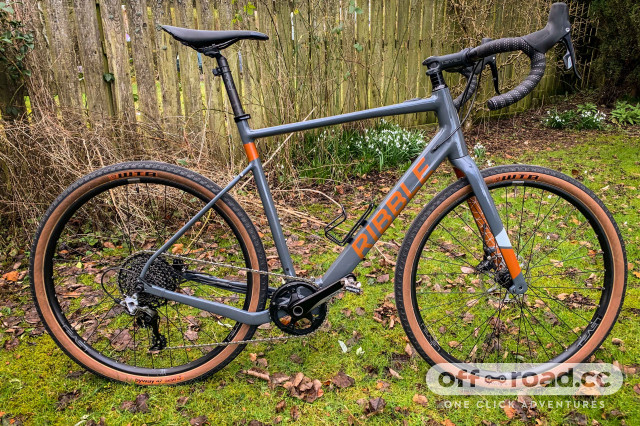 I’d say sitting on 80-85% of my max heartrate instead of just 5-10% higher makes all the world of difference to enjoyment of the ride, and subsequent energy levels later on. 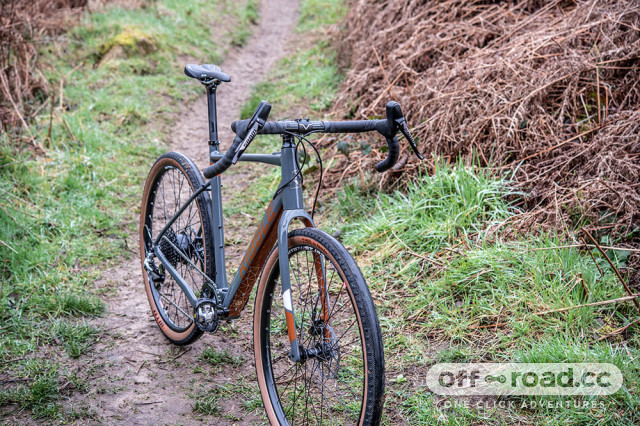 You still need to work the gears as the gradient changes. The assist is tied to revs, and when it slows the amount of power available drops as well – a consequence of being hub drive and not chainring drive.

The genuinely awful Duntanlich Mine Road, with its extended 20%-plus gravel sections, highlighted this shortcoming severely. I’ve ridden it on a lighter bike unassisted, only just managing to retain both lungs in situ, and it was definitely ‘easier’ on the CGR... but still a very hard workout.

The WTB Byway 47s are great tyres, and I never lacked for confidence fanging about on some pretty nasty rocky gravel roads, and they're pretty tough too. But in frequent mud or on wet grass you’ll be wanting a knobblier tyre for sure. 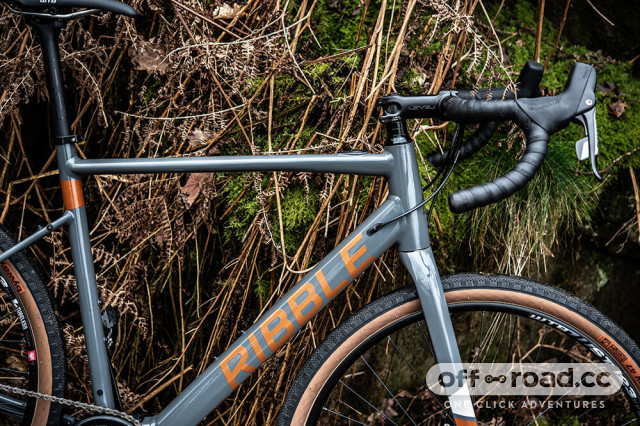 So who’s the CGR AL e for? As its 40Nm is delivered from the hub, and is thus speed-dependent, it’s really not a machine for winching unfit people up long, steep climbs. For that you really need an 80Nm mid-motor bike, or a major drop in chainring size. If you ride mostly on the flat, though, the CGR 1X gearing in the SRAM Rival guise should be just fine regardless of fitness level.

I see the CGR Al e as more for someone who’s already reasonably fit, who'll benefit from the boost to clear large hills with heavy loads on really long days – the kind of days where you run out of oomph four hours in but still want to get home.

I confess I went into this review somewhat skeptical. But having seen and felt my own biometric results, and experienced the enjoyment of not being shattered 30 miles from home, I for one welcome our new e-Gravel overlords. The Ribble CGR AL e is a fantastic and very capable machine – it's not cheating, it's just great.

That was covered in the not noticing the 3kg extra weight bit.

No, it's not just about extra weight, it's also about the pedal assist motor possibly offering torque resistance when switched off, as happens with (some?) Bosch ebikes; hence my question.
Secret_squirrel 1 year 1 month ago
JF69 wrote:

That was covered in the not noticing the 3kg extra weight bit.