Skip to main content
Log In Register
Polaris Ventura Seat Pack Max review £85.00
A good first pack at a respectable price, but could use some rethinking on the mounting 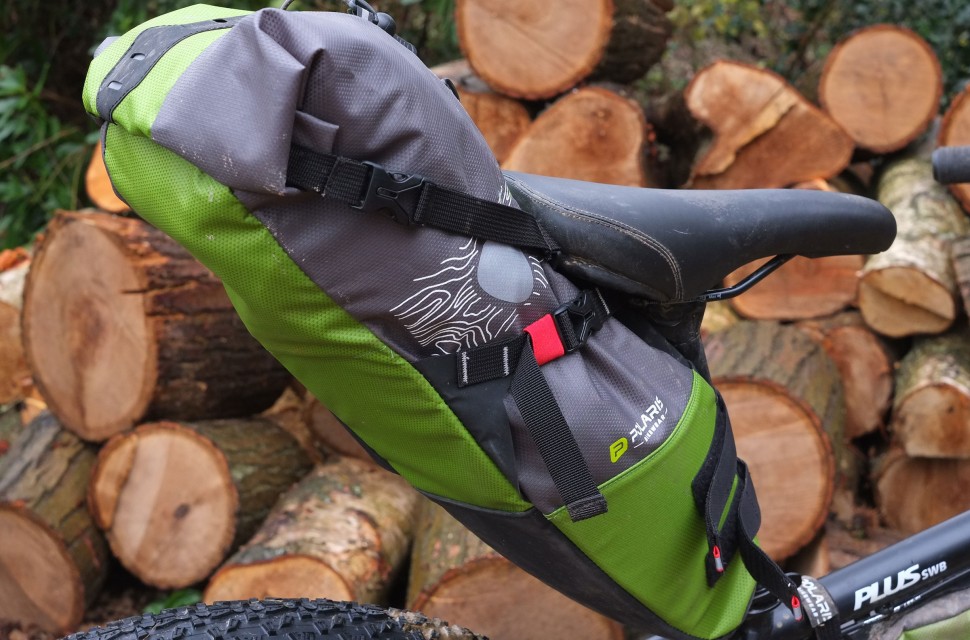 The Polaris Ventura seat pack comes with all the core features you’d need in a seat pack; it's tough, fairly spacious and offers some nice details, but is slightly compromised by its fiddly attachment straps.

Built from a tough, waterproof fabric, its faired well on trips and being bashed, scrapped and so on whilst out riding. The central attachments are two velcro straps that wrap around the seat post and then a third strap and clip that anchors the pack to the seat rails. The issue I found is that I couldn’t get the pack tight enough against the seat post - the straps are too long when cinched down, and you end up with long excess strapping that rubs against your leg unless you fold and secure them, which invariably led to them undoing.

The third strap and clip under the seatpost is a fiddle to get into place and, especially with cold, wet or tired hands, it becomes quite an effort. Broader, chunkier strapping would really help this. I found the pack would often end up a little wonky, especially over time and always on rough ground. 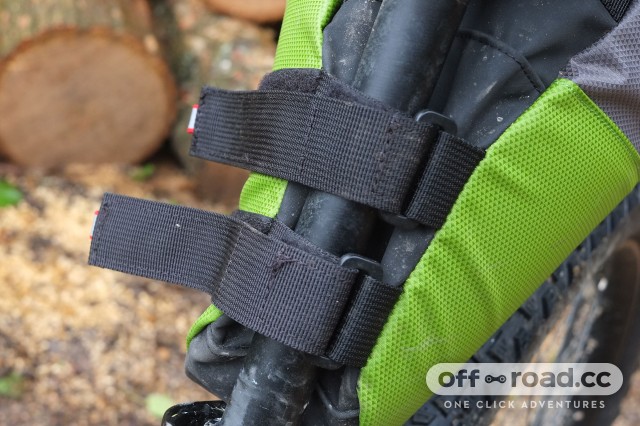 It can’t swing round, but it did often need straightening back up again - which was a little frustrating. The straps all have small reflective tabs on the ends - which soon got covered up with muck or mud. There are some bolder graphics on the main sides of the pack, which are reflective and offer a lot better visibility from the side, which is a good feature.

It was an annoying issue, and the rest of the pack has got some good features - like the external compression drawcord that pulls everything down and also can be handy for stashing items under to increase the storage and portage options. There are Hypalon LED loops that mean plenty of options for lights and also for attaching additional items via some strapping.

The base of the pack is a curved plastic that the waterproof material is built around. It has held its shape well over the test period and is plenty durable. The quality of the build is good, and the stitching has held up to some overpacking at times. The limit is really how well the roll top works when very full, as you need at least two clean full rolls to keep it watertight.

Out riding, there is a degree of flex or bounce, although the plastic shell keeps its shape, as it was awkward to get the straps pulled down enough, it always felt a little too much movement. The other issue, as mentioned was the length of the seat post straps sticking out. Although it's useful to have enough webbing to pull through and cinch down, the length left couldn't easily be stashed away. I’d like to have seen the velcro patches that they secured to be a bit longer to accommodate that length of webbing. 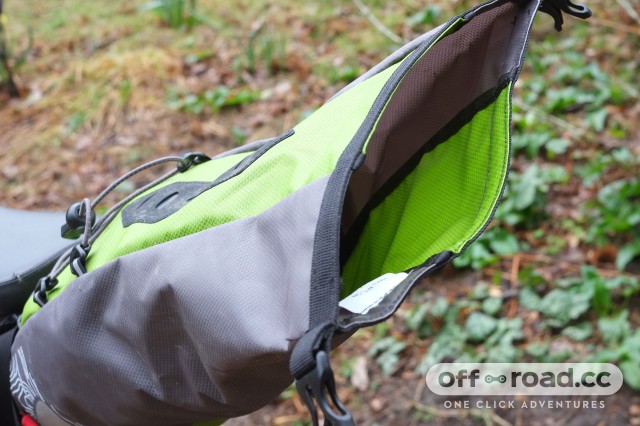 The actual construction and finishing of the pack are great - it's robust and hardwearing and completely waterproof as long as there are enough rolls on the top flap. The core features of compression and extra stowage are there, as are some visibility and LED mounts. I just feel the attachment to the bike could be a little more refined.

It’s pretty good value for money but does have a slight simplicity or lack of refinement in the build.

I think that the mounting would or could be frustrating when tired, wet, cold or any combination of those - and having a pack that adds to that isn’t ideal. It just needs some slight tweaks to make it a lot more on the mark.