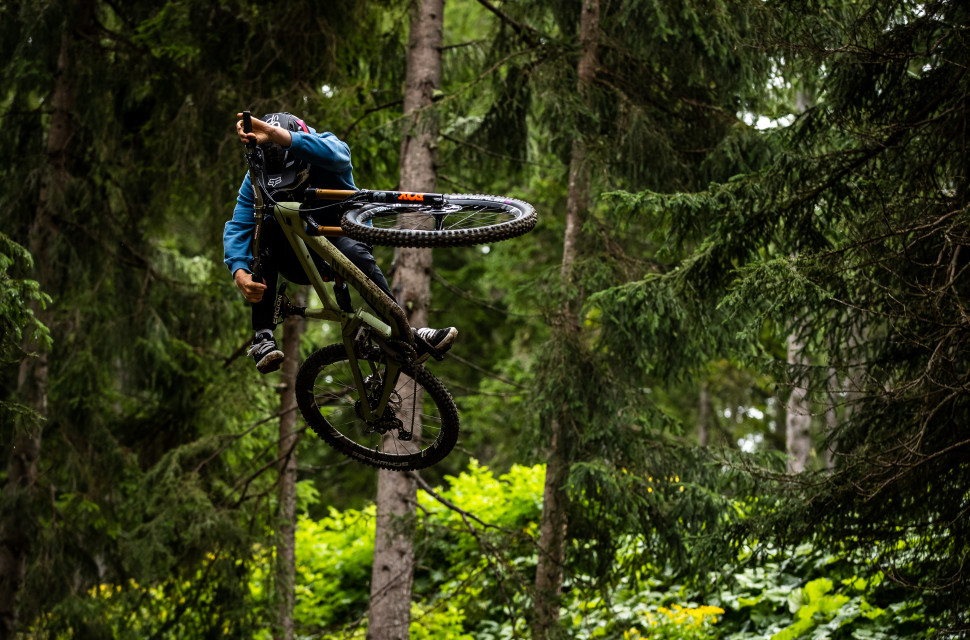 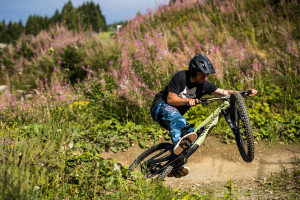 Canyon widens the Spectral family for 2022
The Spectral now gets all of the wheel sizes, an alloy option and new CFR build

Today, Canyon has given the Torque a refresh, not only updating the spec but giving it a new lease of life with updated geometry, all of the wheel size options and budget-friendly aluminium models. The brand says it's a bike that's sorted for big bike parks but also capable of exploring the backcountry without wrecking your legs too soon.

To keep the Torque at the forefront of the long travel bike game, Canyon has had to give the torque quite an update, seeing a ground-up redesign. Its head angle has been slackened, the fork's offset has been reduced, there's a longer reach and a steeper seat tube angle. Along with that, the frame has been made to be stiffer and it can now fit a bottle cage. 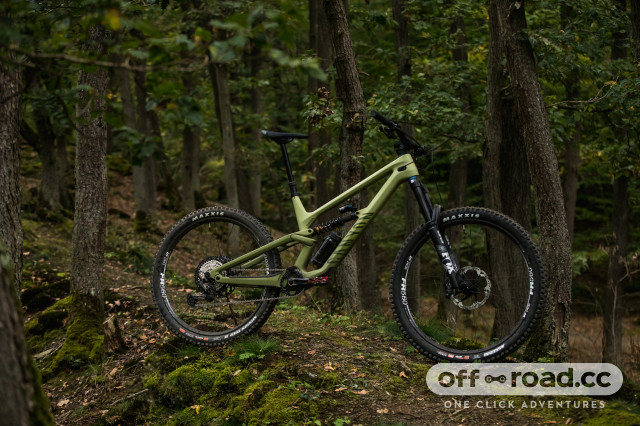 The brand has made these changes to keep the bike stable at speed while the reduced offset fork and short chainstays keep the bike playful and confident in the corners.

Perhaps the most exciting update is that the Torque has gone the way of the recently released Spectral (see the First Ride here) and now comes with the choice of 650b, 29" or mullet wheels. Canyon offers this as the brand recognises that there are tonnes of riding styles out there so it wants to do what it can to offer a bike that will suit them the best. 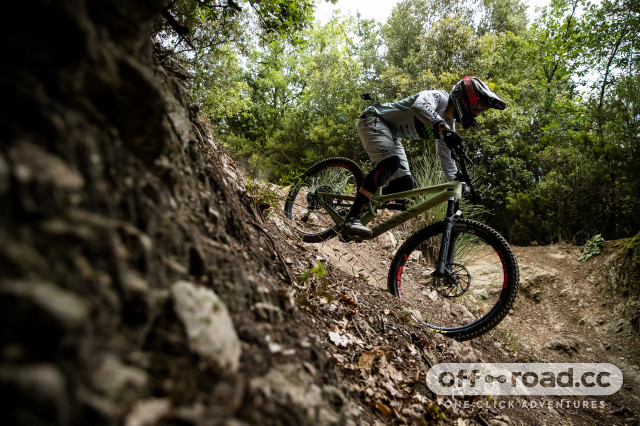 The new Torque's frame has been tested to Canyon's Category 5, the same as the Sender DH rig. By boosting strength in the frame where it matters the Torque gets stiffer while shedding weight, says the brand. But even with a beefier frame, Canyon admits that it's still prone to damage, as with any mountain bike.

Thankfully, the Torque shares some spare parts with the Spectral. So if you were to damage your new Torque, it's easier for Canyon to get it fixed as the mechanics can dip into the Spectral's box of spares (we're talking pivot bolts, flip-chips and thread inserts) to get you rolling again quicker. 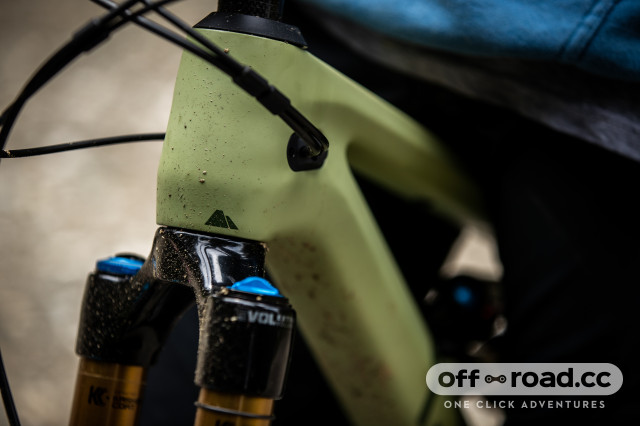 As mentioned before, the new bike comes with both aluminium and carbon frames. former has been designed to offer the same ride qualities as the carbon-framed bike. The brand took the same engineering objectives has the CF bike but it had to treat the manufacturing process differently. An example is that the AL model gets larger radii tube profiles and the tube sections are straighter. Though, Canyon says that this results in improved stiffness and a frame that weighs just over 3kg, a 200g saving against the previous alloy bike.

The AL Torque has also been simplified, as Canyon has done away with the flip-chip and has opted to merge the adjustable geometry. As such, it gets the 63.5° head angle and the BB height of the bike in its 'LO' position and it gets the 78° seat tube angle of the bike in it's 'HI' position. 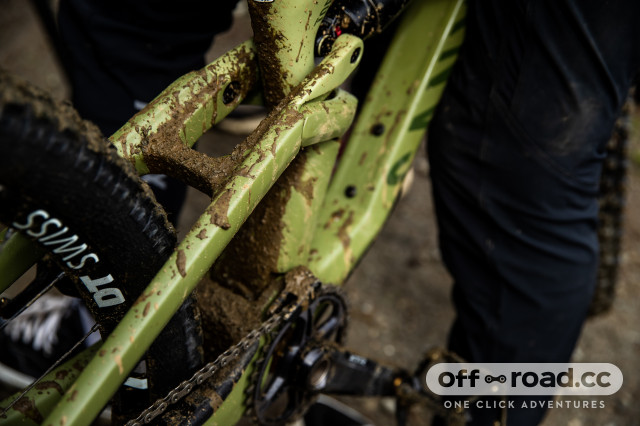 It's also received a bunch of features all in the name of durability. Those come in the form of steel pivot threads that are replaceable and there's a new seat stay bridge along with improvements to the rocker and chainstay bridges that also makes the rear end stiffer. Then all of the bolts o the bike can be fettled with using just a 5mm or 6mm Allen key.

Of course, the CF Torque is said to weigh in at a lighter 2,652g while apparently seeing improvements in stiffness. Like the AL bike, there are double sealed bearings all around that have been packed with Canyon's proprietary grease to make them properly weatherproof, There are replaceable pivot threads and fully guided internal cable routing. Then as touched on previously, this bike gets a flip-chip that offers .5° of adjustment in the angles and 8mm at the BB. 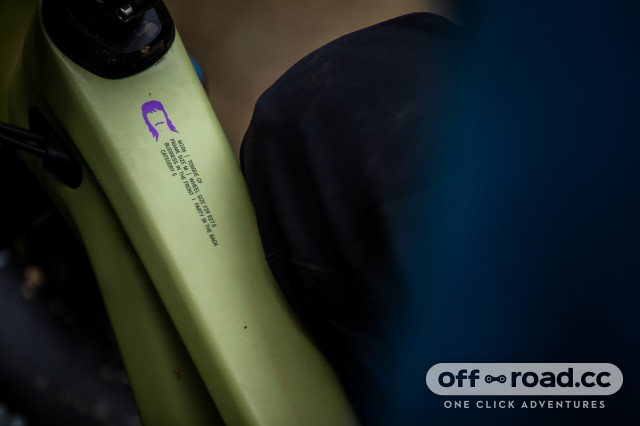 As expected from a Canyon bike, the Torque benefits from Canyon's Triple Phase Suspension kinematic. It's designed to be smooth in the early stages of the stroke to reduce trail chatter. As it gets to its mid stroke it's said to offer a bunch of support to help riders pump the bike and then it gets super progressive towards the end of the stroke, says the brand. 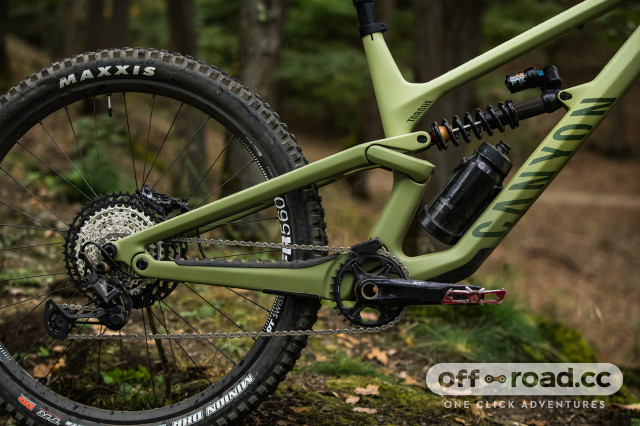 The Torque is a bike that is designed to get you up a hill, albeit not at super speeds but Canyon has took the topic of pedalling efficiency and brought it over to the Torque. The bike has seen an increase in anti-squat around the sag point to improve pedalling performance. Then, there's a rapid decrease in anti-squat after the sag point, minimising the negative effect of pedal kickback. 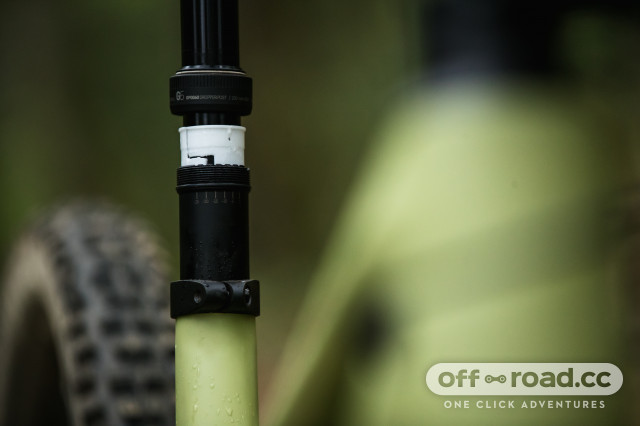 Just like the Spectral, the Torque gets Canyon's G5 components including a dropper post with adjustable travel. It uses a shim much like what's found on the PNW Loam Post to enable riders to limit the post's travel to suit them. This has been done to make sizing up easier.

The new Canyon Torque is available in six models with four sizes (S to XL), two of which get alloy frames. Prices start at £2,649 and go up to £5,649 for the CF 9 model with Fox Factory suspension, Shimano XTR shifting and DT Swiss wheels.