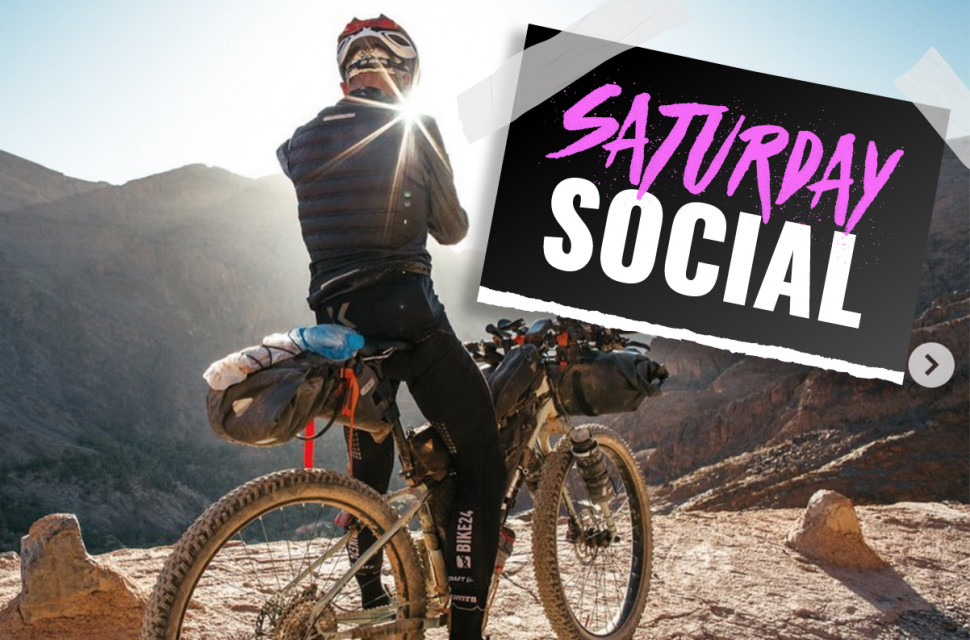 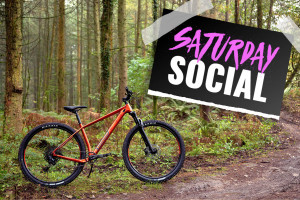 Saturday Social - this weeks hits, misses and news from our Instagram feed
Some great edits, a fishy bike and lots more...

This week's news has a racing vibe ahead of the incoming season! There's an epic gravel race going on as we speak, a new E-bike World Cup announced, plus Grinduro Wales tickets are now on sale. In other news, there's a new UK base bike brand toting a £1,200 full susser and a reminder to get your tickets for Bespoked, Bristol amongst other stuff.

From the makers of the Silk Road Mountain Race comes the Atlas Mountain Race. Saturday the 15th of January saw the start of the inaugural edition of the Atlas Mountain Race, a 1145km fixed route race with 20,000m of climbing in it. A gravel race in name, it covers an awful lot of that surface but also a fair amount of singletrack, rocky doubletrack and old forgotten ways that have fallen into disrepair and require some decent off-road skills and hike-a-bike.

Like many ultra races the Atlas Mountain Race relies on its coverage via all the social media feeds and is available to watch unfold in real time via dotwatcher, with the top ten now safely home, and read more details on the race here.

Upon leaving the lush oasis, and brief respite of CP2. The riders head back into the unrelenting dry heat and wind of the Moroccan desert. Many of the riders noses have started bleeding and lips cracking from the constant exposure to the sun, dust and sand. Sunburn has also been a common theme. Control Car 3 met several riders making their way up the 25km long gravel pass at sunset. The altitude and cool air being a welcome relief, alongside stunning vistas as far as the eye can see and the calming scent of lavender from the thousands of plants adorning the duration of the climb. Control Car 3 had to turn around 10km from the summit as the road disappeared and riders had dismount and find an alternative crossing. - - - 📷 @jonnyhinesphoto @pedaledjapan @canyon @komoot @fizikofficial #AMR2020 #bikeracemorroco #cyclingadventure #bikepacking #atlasmountainrace #cyclingmorroco #adventurebybike #mountainbiking #ultracycling #cyclinglife

The UCI and the World E-Bike Series (WES) have announced an e-MTB XC series to be run in 2020. We have all the details on the site now, plus we take a look at what, if any, suitable e-bikes are currently in production.

Tornado Bicycles is a new brand to keen an eye on this year. The UK company promises a new full suspension bike with a great spec list for £1,200. We have lots more detail here, so dig in!

Bespoked handmade bicycle show is one of our favourites to go to and we are lucky to have off-road.cc HQ only just down the road. This year is the shows 10th year, they have just released the exhibitor list and tickets are now available too.

2020 Tickets now available. Link in our bio. This image is the 2020 poster featuring the mind blowing @demon_frameworks glitter track bike, which I think is for sale on his website and would make for a lovely Christmas present! #bespoked #bespoked2020 #bespoked10 #framebuilding #handmade photo by @photobenphoto

Grinduro Wales tickets went on sale this week (well, last weekend). Did you get one? The gravel enduro events with timed race stages are always well received, we are looking forward to seeing the event further south in the UK this year with some epic Dyfi scenery.

Limited tickets left for #Grinduro: Wales! Don’t get mad at us when it sells out and you miss out on this. Brought to you by @canyon.

Norco have just launched the Sight VLT 29er e-bike. There's nothing too astounding about the motor, it gets the Shimano Steps E8000 or E7000 unit but the geometry of this new bike looks bang on, plus its good value too! Well wortha look and we'd like to have a ride on one.

Tahnee is probably out of the start of the world cup series, she certainly won't be at the first race at Lousa in two weeks time after she dislocated her ankle and broker her tibia and fibula. Watch the video on her Insta if you aren't squeamish!

No words could ever describe how I feel right now... 🥺Dislocated ankle, broken Tib & Fib, ligament tears & all the rest... It’s part of the game and sometimes you get dealt with some pretty shitty cards. Sometimes more than once or twice...But good players don’t need good cards. 💪🏻