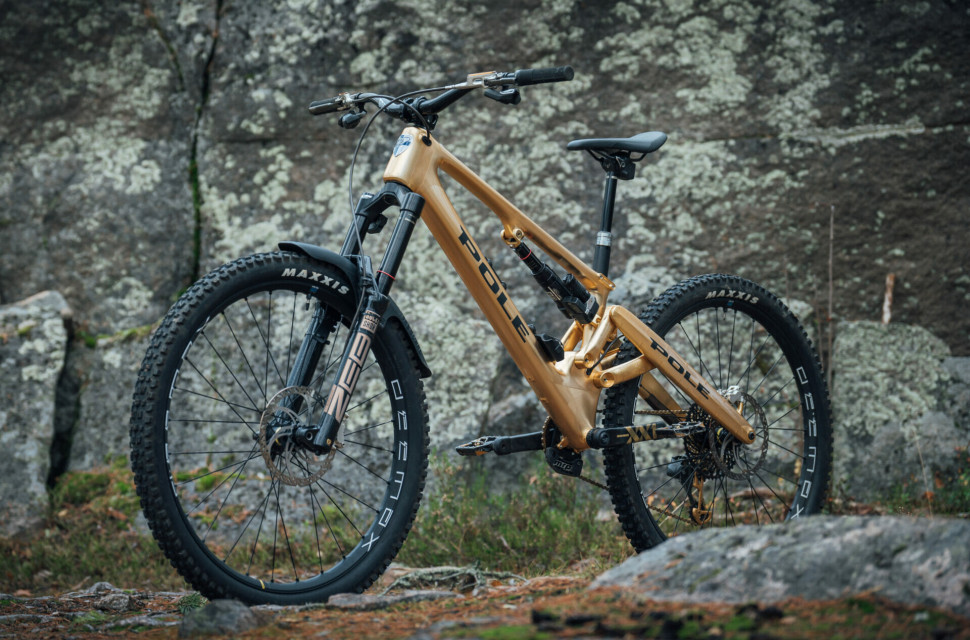 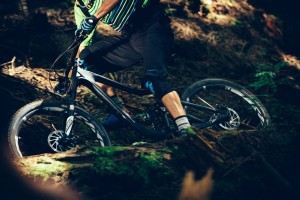 Pole has always been a brand that's pushed the envelope with its bikes, being the first to introduce some rather radical geometries in mountain bikes. Now, the Finnish brand has done it again with the Vikkelä, a new CNC-machined enduro bike that gets 190mm of travel, 29in wheels and adjustable lateral stiffness.

With Vikkelä, Pole's CEO Leo Kokkonen wanted to create a long-travel and agile trail bike that's also incredibly capable. He says that this bike is similar to the known Stamina but it's a little more. As such, it's built with a bridgeless swingarm (dubbed Sensei) and this swingarm's lateral flex can be adjusted thanks to replaceable racing axles.

The Sensei swingarm utilises axles that are bored which creates a rigid swingarm construction. Not only does this offer huge tyre clearance but it allows the control of the swingarm's stiffness exactly as needed. Pole says that almost all of the lateral forces are delivered through the axles that connect the two swingarm halves. Thanks to these racing axles riders can make the rear end of the bike 30% stiffer with a weight penalty of just 70g. Install the regular axles and you'll have a slightly flexier bike. 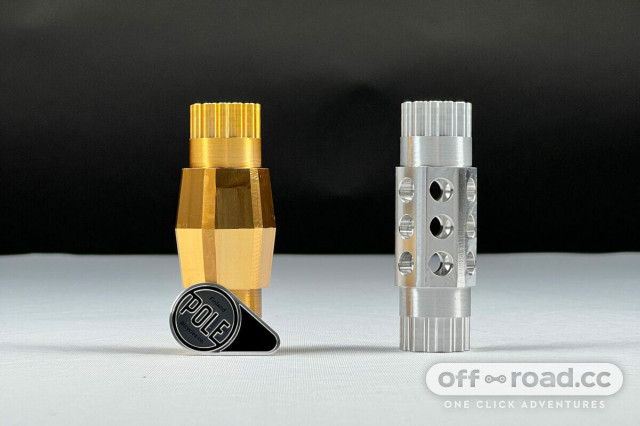 Pole didn't want to make the regular axles stiffer because the brand believes that outright stiffness isn't ideal for every rider. The brand says that most people are better off with a more compliant frame but extra stiffness results in a bike that's accurate when cornering at high speeds. However, a stiff frame isn't forgiving.

As expected of a Pole bike, the Vikkelä is long and slack but interestingly, Pole has given the bike a higher bottom bracket. The brand says that this makes the bike's front end easier to lift, or wheelie and of course, you'll suffer fewer pedal strikes. 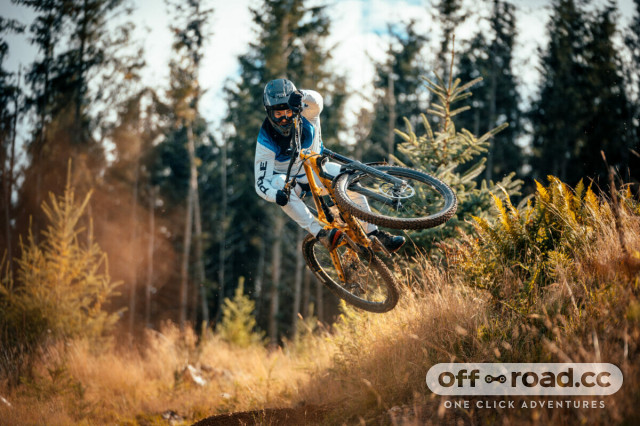 Speaking of geometry, the Vikkelä benefits from a 63.5-degree head tube angle, an 80-degree seat tube angle, and a K3 (or large) frame gets a 510mm reach. And the frame has no bottom bracket drop.

The Pole Vikkelä is available in three builds with a frame only costing 3,217.74€ with a FastTrack build with select parts for 4,508.06€. The Vikkelä Complete with full customisation options will cost you 5,233.87€.