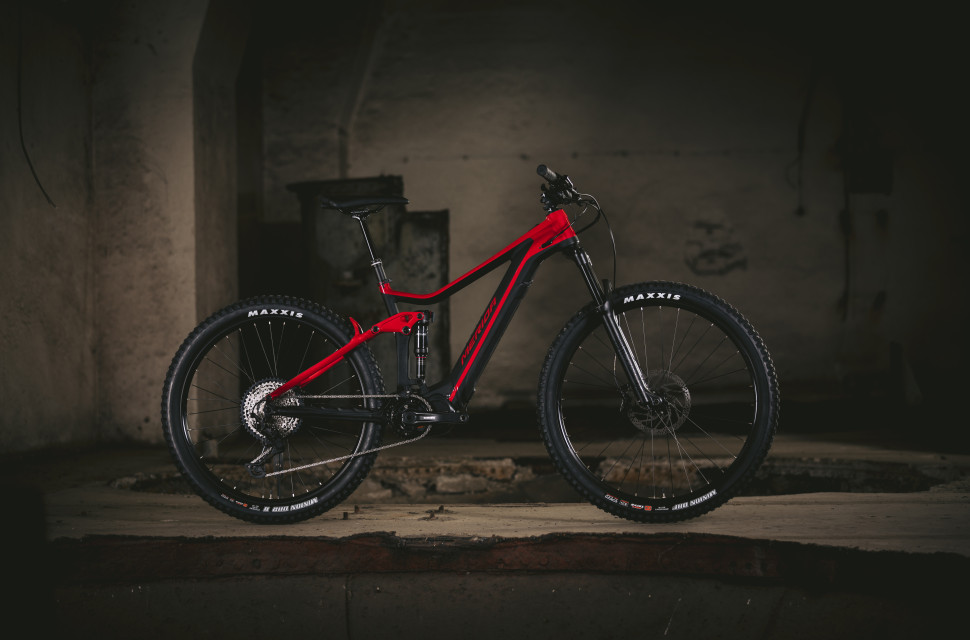 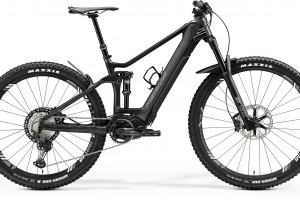 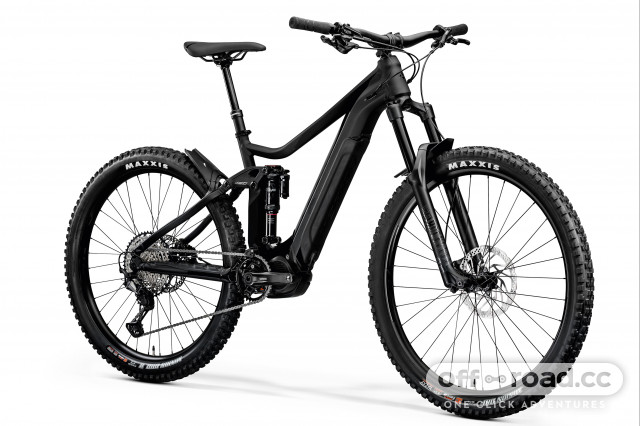 The bikes' aluminium build doesn't hold them back compared to their carbon predecessors. You'll find many of the same features on the Limited Editions such as the brands' internal battery housing. Using just a 4mm allen key, the Energy Guard can be removed, allowing the battery to be taken away and replaced super quickly. The bikes also come equipped with what Merida calls the Expert TR through-axles which feature a removable lever. These are mainly designed to allow easy adjustment of the axles but they also have that 4mm Allen needed for the Energy Guard. 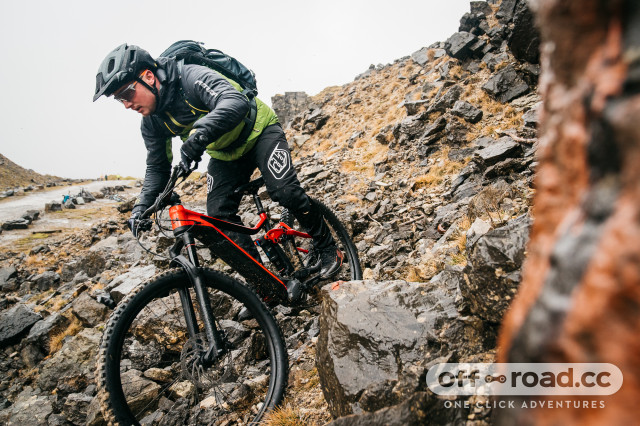 The new Limited Edition models come with the exact same geometry as the carbon bikes and they also share the same wheel sizes. Upfront you'll find a 29" wheel with a 650b wheel providing the fun out the back, a true mullet bike. 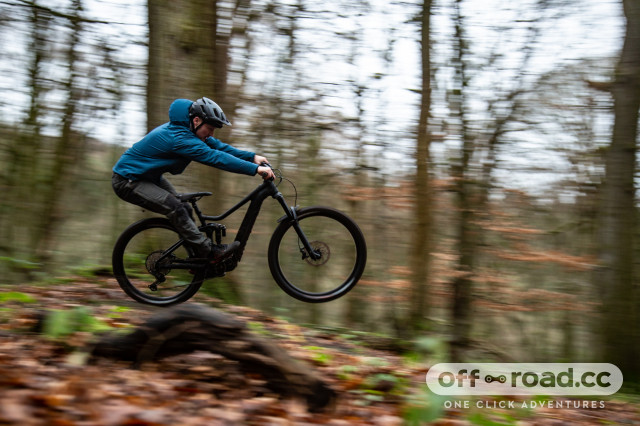 They're both also fitted with Shimanos E8000 motor paired with the brands' E8035 battery. 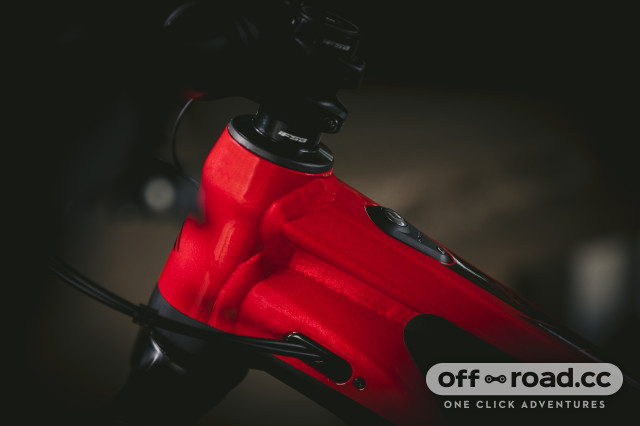 Keeping the rattles away the bikes are internally cable routed with clever clamp built into the inside of the downtube. The clamp also acts as a fixing position for a bottle cage. The frames come with space for a 0.75L bottles, except the size S eONE-FORTY and size XS and S eONE-SIXTY. 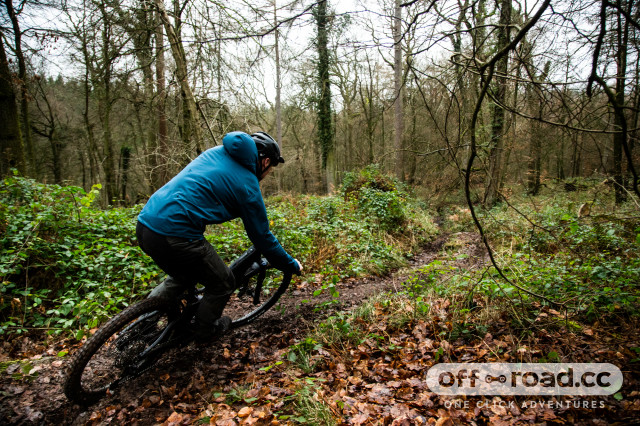 Opting for the tidiest cockpit, Merida has fitted the Limited Edition bikes with their Expert eTR cockpit. It offers internal cable routing through the bars and stem. The bike also gets front and rear mudguards as standard, to keep muck out of your face, but also to increase the life of the dropper post. 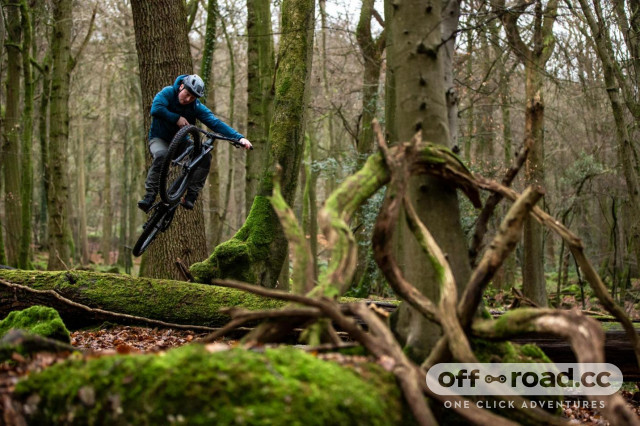 As for spec, both bikes get a Shimano groupset with MT-520 and MT-500 brakes. A Rock Shox 35 Gold RL provides the travel up front and a Rock Shox Deluxe Select+ handles the bumps at the rear. It also comes with Meridas own dropper post.

The eONE-FORTY Limited comes in sizes for S to L and the eONE-SIXTY Limited ranges from XS to XL.

I was drooling at the picture of this bike but stopped abruptly when I saw the price.Just the picture made me want it without even looking at the price. I really am enjoying this site so far keep up the good work.