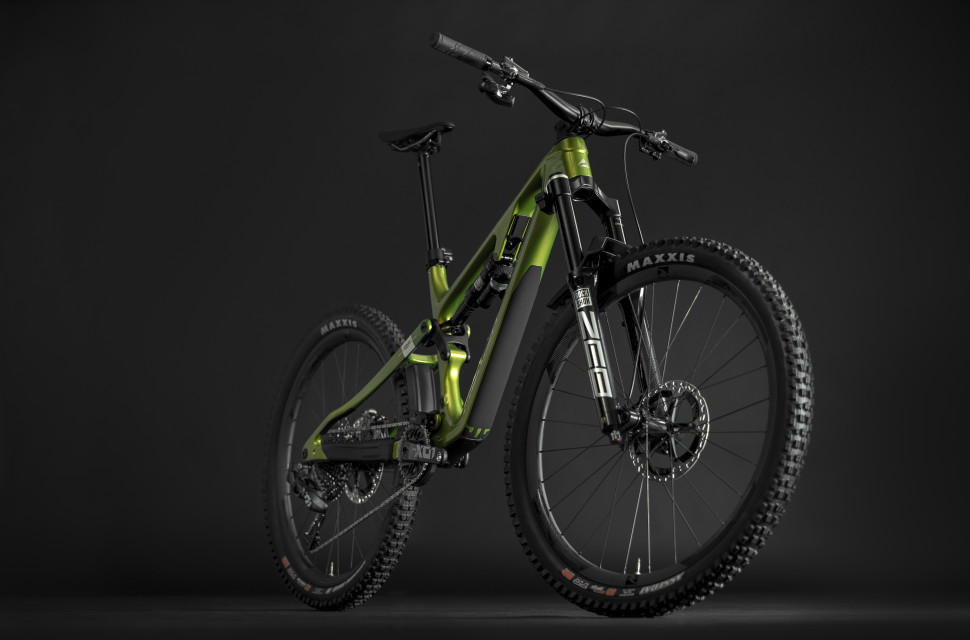 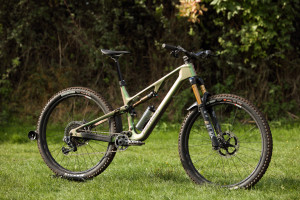 Merida has given its One-Sixty and One-Forty enduro and trail mountain bikes a mighty overhaul. Not only has the brand brought in a whole new geometry concept but both bikes are brimming with cool and very useful features. Both top-bling carbon models and alloy models have a solution for every size, desired ride characteristic and price point. Read on for all of the details as well as how they fare among the best mountain bikes.

It's been a long while since we've heard anything about Merida's enduro and trail platforms but it's been worth the wait as the brand says that the bikes have gone through the most rigorous development and testing program that Merida has put any bike through to date.

The One-Sixty takes up the enduro duties out of the two bikes, coming with 161mm of travel at the rear wheel, or 172mm with a mullet set up and 170mm at the front. The One-Forty gets less travel, 141mm at the rear and 150mm up front, taking the role of the trail bike but what's interesting is that both bikes share the exact same frame. 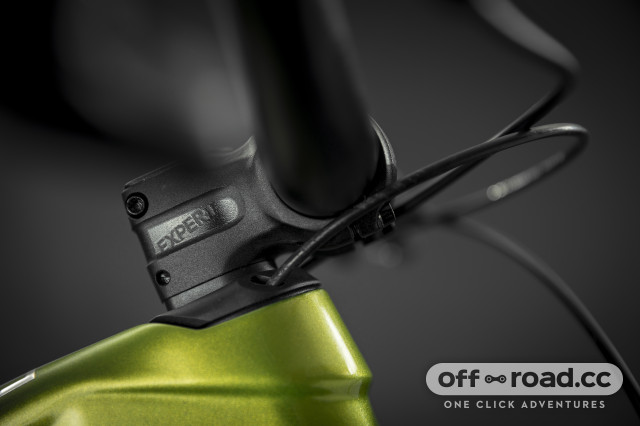 And that frame comes with the P-FLEX flex stay that we first saw on the Ninety-Six. This does away with any linkages at the very rear of the bike, saving weight but without sacrificing suspension performance. It's also completely maintenance-free. 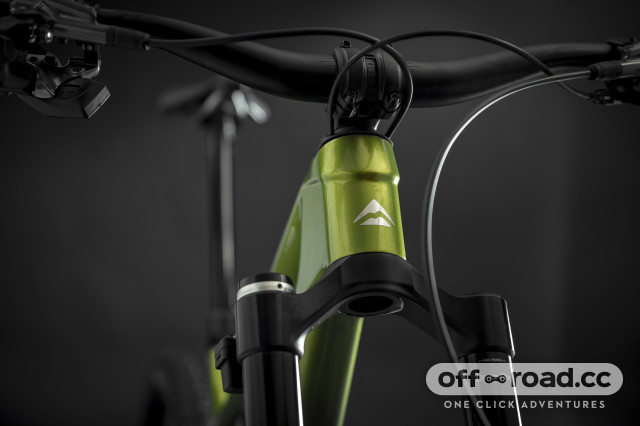 These bikes adopt what the brand calls AGILOMETER sizing which is a reach-based way of doing things. Instead of small, medium, and large, these bikes come in short, mid, long, and so on. With this new sizing style, Merida has shaped the bikes to suit, so each size comes with short stacks and standovers, as well as an infinitely adjustable 30-230mm dropper post. This allows riders of almost any size can fit on any frame size, allowing the rider to pick a size based on the desired ride characteristic, rather than whether or not they can physically fit on it. 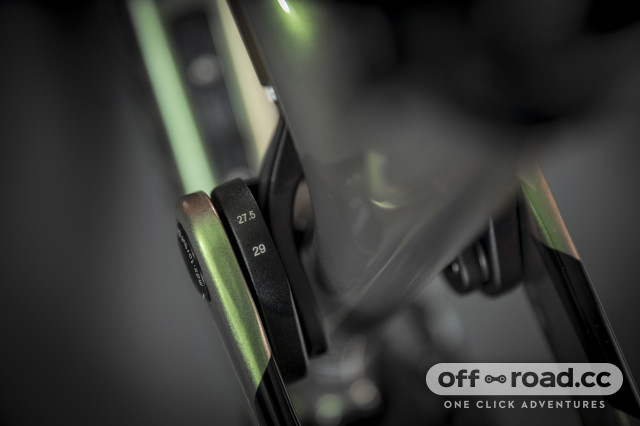 Moving onto the suspension, Merida wanted to give the bikes more progression so it can play nicely with modern air and coil shocks. The brand has also tuned the kinematic to offer more progression on longer frames, assuming that heavier riders, or those who ride more aggressively will choose the bigger bikes. This boost in progression means that the One-Forty and One-Sixty gives the rider better support towards the end of the travel, boosting control in questionable situations. From sag to 95% travel, the XS frame gets 9.8% progression which increases to 15% on the XL bike. 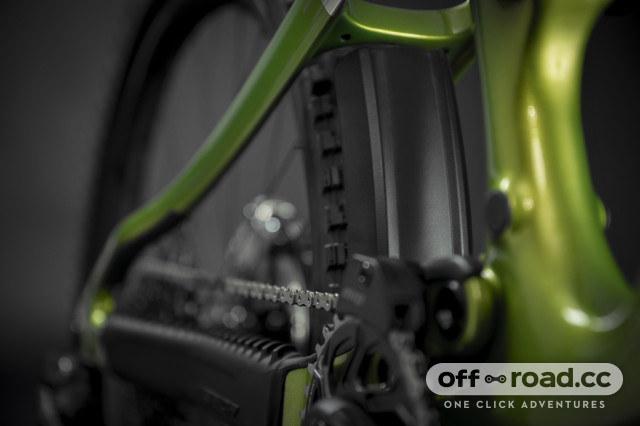 Because both bikes are built around the same frame, they share almost identical geometries and, with that, Merida has shaken up its geometry concept. Now, the bikes feature long reaches and mega-steep seat tubes. A Long-framed One-Sixty, for example, gets a 498mm reach with a 79-degree seat tube angle and a 64-degree head tube angle. There's then a 438mm chainstay which gives the bike a 1275mm overall wheelbase.

As the One-Forty has a shorter travel fork, its geometry changes ever so slightly. Its head angle is steeper at 65-degrees and its reach is a bit longer at 509mm on a Long frame. Its seat tube is steeper too at 80-degrees but Merida has kitted the seat post with a 10mm layback, effectively slackening the seat tube to 79-degrees. 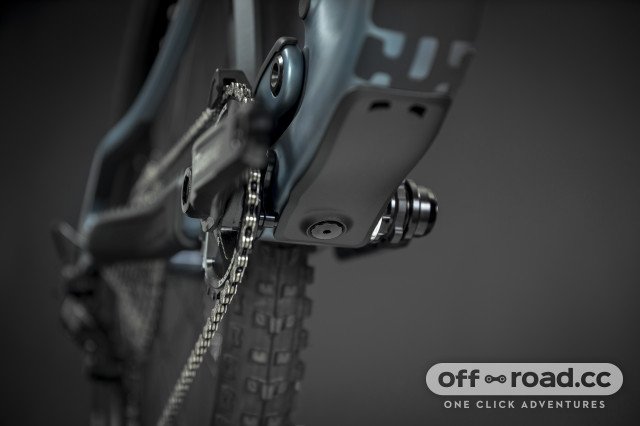 While the frame's shape is rather interesting, it's packed full of handy features, notably the mass of integration built in. Under the saddle, there's a multitool and the rear axle's handle doubles as a 4 and 6mm Allen key, which can work with every pivot bolt on the frame which is ideal for those last minute M-checks. There's also a service port in the frame just above the bottom bracket that allows easy access to the bike's internal cable routing but it can also be home to a tool wrap and anything else you can squeeze into the frame. 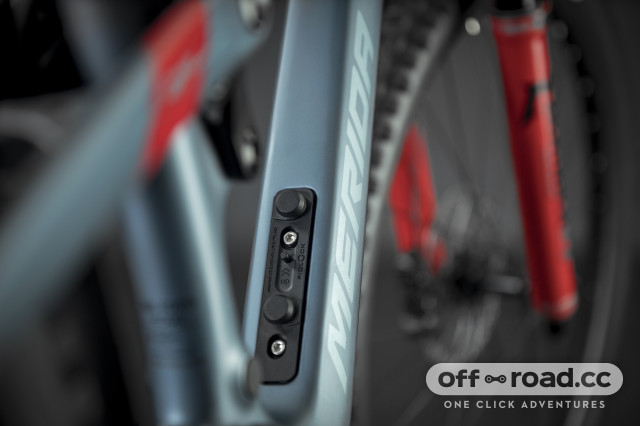 The integration doesn't stop there as there's a Fidlock bottle mount as standard and then the chainstay gets extended protection thanks to a ribbed protector and there's a clear foil inside of the carbon rear triangle. Pushing the theme of protection is the downtube protection and there's a short shock fender built into the frame which can be extended thanks to an additional long fender that hard mounts onto the seat stay. 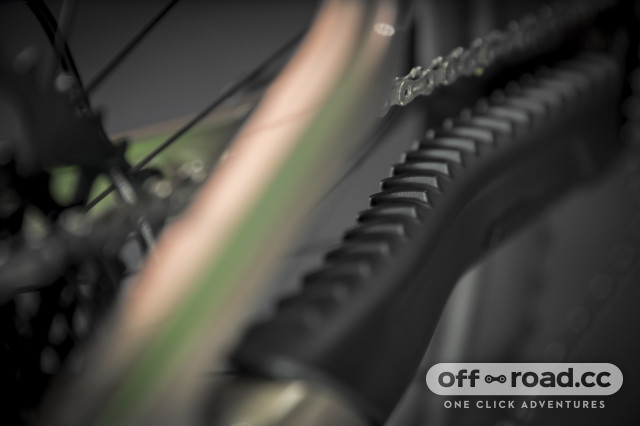 Finally, thanks to a flip-chip in the linkage, the bikes can run either full 29-inch or mixed-wheel sizes.

The new Merida One-Sixty is available in five different builds with both alloy and carbon frames. The One-Forty are available in six builds with carbon and alloy options. There's then a full range of five sizes from XS up to XL.

Ahead of the launch, we were invited to the EX Enduro where we were able to throw a leg over the new One-Forty 10K so be sure to head over to our First Ride to find out more about the new trail bike.