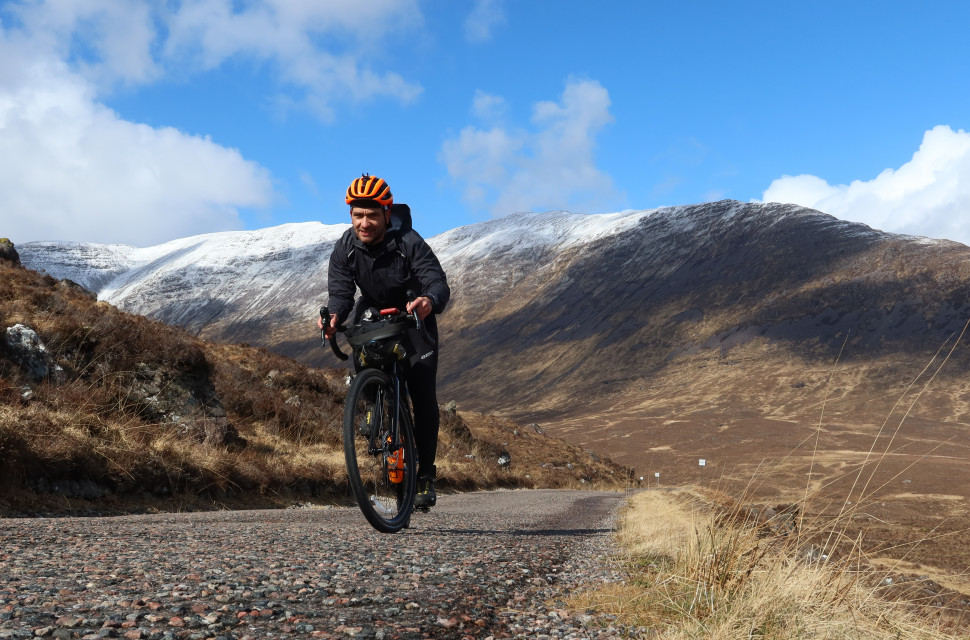 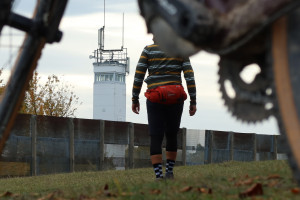 Stitz took bits of the traditional NC500 road route and combined those with off-road, and effectively designed an itinerary that can be ridden in a week or less, making it suitable for those short on time.

Stitz commented: “My first ever bikepacking adventure in 2006 took me through the absolutely stunning North of Scotland, and I vividly remember that journey. Having worked on a couple of different cycling route projects over the last years and most recently a book about gravel riding in Britain, I was interested to partner up with the North Coast 500 not only to showcase the stunning landscapes I travelled through but also to give people an idea that the NC500 is much more than just a driving route.”

Stitz rode the visually beautiful route with a Trek Domane borrowed from Ticket to Ride, Inverness-based bike hire specialists run by Lindsay Mackinnon. He changed the tyres to off-road ones and used his own bikepacking bags, staying in hostels, B&Bs and hotels along the route in Shieldaig, Ullapool, Invergordon and Inverness. 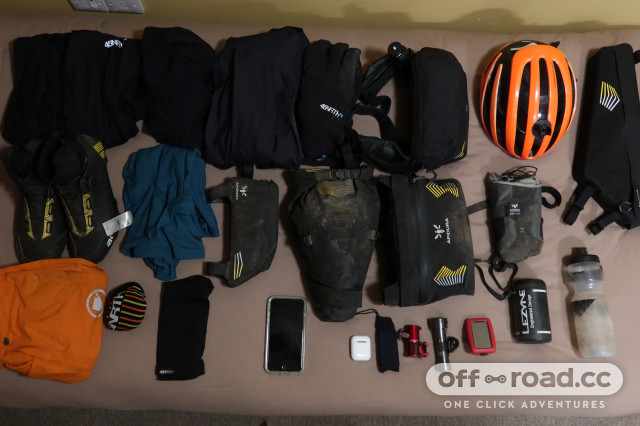 “The sustainable future for tourism in the Scottish Highlands depends more on cyclists. Visitors who cycle travel slowly, spending more time and more money in local communities. Not everyone has the legs for an epic adventure like Markus, but I know his film will inspire many to plan a North Coast 500 cycling adventure of their own.”

Stitz started his journey in Strathcarron, after staying at Black Isle Bar & Rooms in Inverness, taking a train for the first leg, then following the NC500 route up and down the Bealach na Bà, on the third-highest road in Scotland.

On the second day, he set off from Tigh an Eilean, a small hotel that nestles in the picturesque fishing village of Shieldaig in Wester Ross, to combine the NC500 route with gravel tracks along Upper Loch Torridon, then continuing through picturesque Glen Torridon.

From Kinlochewe, on the shores of Loch Maree, Stitz ventured off the NC500 route towards Achnasheen and on to Lochluichart. This section could be done by either bike or train. Markus crossed the Lochluichart Wind Farm on gravel tracks to meet the A835 at Loch Glascarnoch. His route joined the North Coast 500 again at Corrieshalloch Gorge, continuing on the road and an alternative route on the opposite side of the River Broom to Ullapool, where the Harbour House B&B offered shortbread and sherry on his arrival. 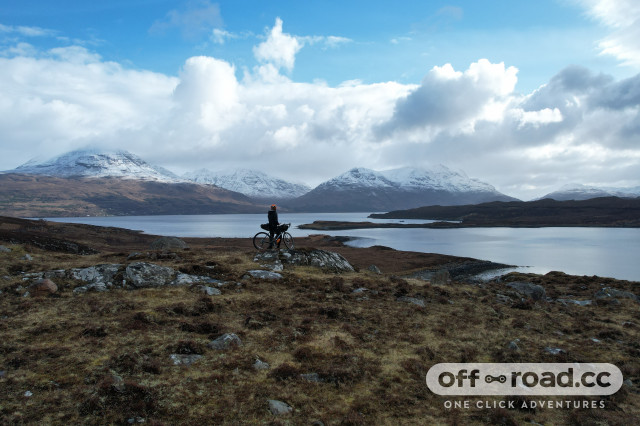 From Ullapool Stitz continued on a well-known coast-to-coast route to Oykel Bridge, having already ridden this section during his inaugural bikepacking trip in 2006 and also during the Highland Trail 550. He continued on to Culrain, where his route met the railway once again to Ardgay. The newly-opened White Rose Tower B&B near Invergordon was his last overnight stop, before continuing on a mixture of roads, paths and Sustrans National Cycle Route 1 across the Black Isle back to Inverness.

"We’re really excited to have teamed up with Markus as part of our new cycling campaign for 2022. As we cautiously open up to visitors again, it’s more important than ever that we promote the unique wide-open green spaces, coast, countryside and natural beauty of the NC500 to be enjoyed by everyone for the benefit of positive mental and overall wellbeing."

The film, supported by Komoot, is available to watch on YouTube now.

More information about the bikepacking route can be found at Bikepacking Scotland website and on Komoot.