Skip to main content
Log In Register
A genre-bending cross-country racer, but can it cut the mustard? 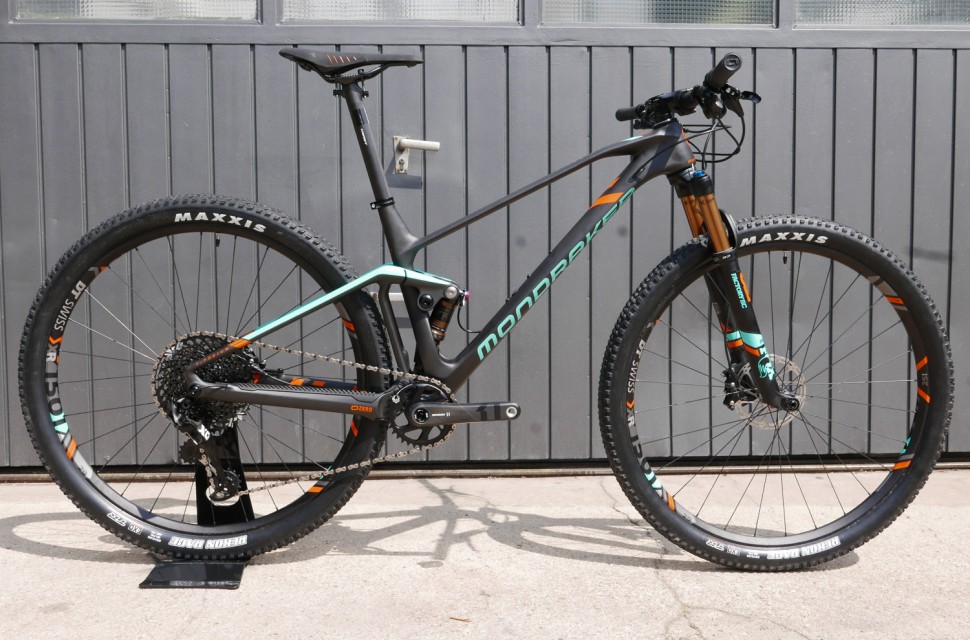 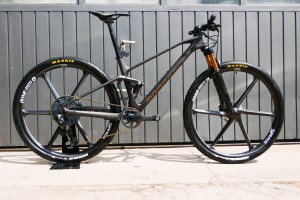 Off Road Arrivals
We take a look at gear from Ion, Ride It, Mondraker and Columbia

Mondraker has set a long and low cat amongst the cross-country racing pigeons with its latest, all-carbon 100mm travel full suspension machine, which features their Forward Geometry plus multi-link Zero Suspension system. I got a chance to ride the £6,199 F-Podium R at the press launch.

Believe it or not, the F-Podium R sits in the lower half of the four bike lineup, with two even more expensive machines sitting above it, though they'll only be making 100 of the top flight, £11,999 F-Podium RR SL bikes and even their UCI World Country XC team will be riding on the RR model bike below that.

To get the full lowdown on the background and development of the bike, you should read the full F-Podium range overview here, but the long and short of it is that the Spanish brand has decided to make a no-holds-barred, top-flight cross-country race machine - indeed, their first - but they've done it in their own inimitable way.

A cross-country racer, the Mondraker way

To that end, they've overlooked the simpler and lighter setups often seen on these sorts of bikes for their own multi-link Zero design as they reckon the performance benefits balance out the extra bulk. That stance bucks a trend that even the likes of Specialized haven't, with that brand ditching their usual Horst four-bar system on the lightweight Epic for a simpler, single pivot flex-stay design.

It's not just suspension where the brand has bucked the trend. Mondraker is known for using much longer reach figures than almost any other big brand on their trail and enduro bikes and they've also done this with the F-Podium. That means it sports a reach of 460mm - similar to that of many brand's large enduro bikes - paired to a short 50mm stem in a notoriously conservative world where a 100mm plus stem is still a common sight.

Quite unlike any cross-country race bike I've ridden, would be the short answer. While the mega low stack and flat bars still give a heads-down, aggressive position, the short stem means it's much more reactive mountain bike than road racer with knobbly tyres.

As soon as you get out on the trail, it feels like the default attitude of the bike is that it's much less likely to throw you out the front door as soon as the gradient tilts downwards, though it still accelerates with the ease you'd expect from the thick end of six grand of carbon cross-country racer.

Despite not being top dog, the R spec bike is still pretty high-end, with a Fox Factory 32 Stepcast fork offering up 100mm at the front and the same at the back, controlled by a short-stroke DPS shock. Both are linked to a bar mounted lockout that, somewhat counter-intuitively for non-racers, defaults to locked out and needs to be depressed to free up the bounce.

That makes sense here because the suspension of F-Podium is much, much more supple than most other 100mm race bikes I've ridden. Most of those have a suspension feel that's stiff off the top before opening up into the suspension stroke when you hit them hard enough; think of breaking through the skin of some school dinner custard to access the soft stuff beneath.

The F-Podium is like dipping straight into some smooth double cream and there's much more tyre traction as a result over rippled terrain and roots. Come to a rough and techy section and it's night and day - it's a mini trail bike rather than a hardtail with added comfort.

Comfort is a similar factor with the layup of the carbon frame itself. Some bikes feel brutally rigid underneath hands and bum, but this isn't one of them. In fact, gripping the saddle between your thighs and hauling on the bars displays a fair amount of flex. It was difficult to ascertain just where that was coming from, but heaving a foot against the bottom bracket didn't have the rear tyre rubbing the stays, as it would with an excessively bendy back end.

That leads me to feel that it's either in the post or through the front triangle, though the front end felt well connected to the back of the bike on the relatively tame trails I rode it on. Pinpointing the source would require hurling it into some rougher trials where a flimsy frame would get cross-legged.

Mondraker's chief test pilot Israel Romero said they'd deliberately allowed the carbon some give after testing various layups, finding that it gave more traction and comfort without dropping speed or efficiency. The truth of that is hard to know without some serious back to back testing but I will say this much: for anyone used to the pin sharp, brutally stiff feel of the competition might be left feeling the bike lacks an edge.

That's somewhat academic as, during a couple of hours of journo-on-journo faux-race sprinting violence, my main takeaway was of a bike that's hugely competent on the sort of techy descents that increasingly make up a World Cup XC course. For sprinting and uphill work, it's most likely to be locked out and in that situation then it doesn't feel like I'd be missing out on much, though a piston-legged, dyed in the wool racer might think otherwise.

I strongly suspect that the geometry, frame and suspension feel will likely put off a lot of race heads that are used to stiffness equalling speed. I can say for sure this bike is faster downhill than most cross-country machines I've ridden, simply because of the confidence you have in both front end feel and the grip from the rear allowing you to push hard.

That doesn't mean too much in a cross-country race, where the winning is generally done by pure efficiency on the climbs. As someone that mostly rides trail bikes, I felt much more confident and at home on this bike on descents and was still blown away by how fast it was on the singletrack and climbs, but I'm not the target market.

I came away feeling that it's the sort of bike that I'd love to ride on some sort of huge, fast'n'hard epic like the BC Bike Race, where a mix of low weight, technical capability and outright speed married to enough comfort to keep you in the game would win the day. I suspect the cross-country race crowd might be harder to convince.