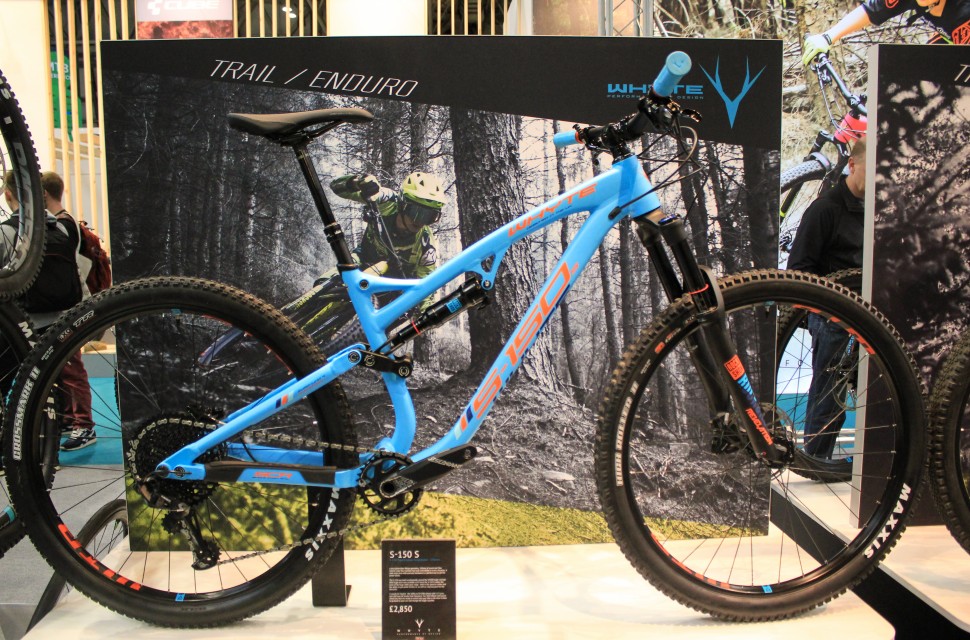 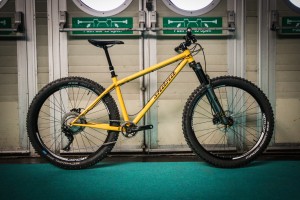 We were in for a real treat when marching the floors with the UK based Cycle Show, with some brands missing from Eurobike last month there was still lots to see. We went on a mission to find the newest bikes that have been released this year and get up close for all the details.

The UK Cycle Show was awash with new bikes, many of which have been just recently launched or will have only just hit the floor in a bike shop (or admittedly, a website) near you. We took the chance to get to grips with those that we haven't yet managed to get our grubby mitts on, either to test or just to drool over.

We first saw shots of this bike back in January this year with prototype versions hanging around the internet under the 'Orange Strange' name. The Orange Alpine 6 E-Bike has now been launched and the details are up on the company's website. It was a bike that was hard to miss in the centre of Orange's stand, not least for large downtube and the shiny Hope parts adorning the frame. 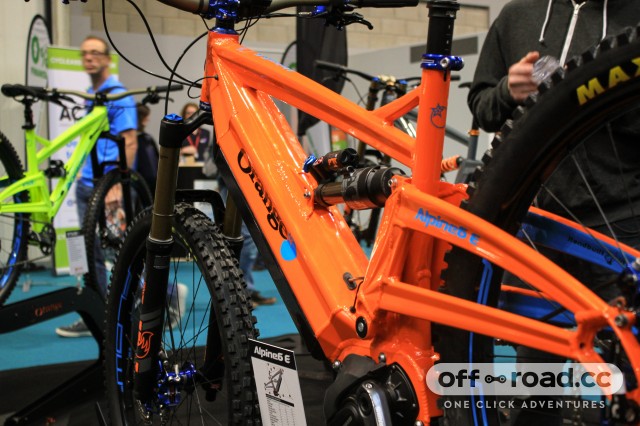 The Alpine 6 E-Bike is aimed at riders wanting to hit the roughest of downhills aboard an electrically assisted bike. The 160mm travel bike uses 170mm Fox 36 forks up front and a Fox Float X2 Factory shock at the rear alongside a Shimano E-8000 pedal assist motor with three modes, plus walk assist.

Much of the geometry is the same as the original Alpine 6; a 64.5 degree head angle,  74 degree seat angle and 430mm chainstays, but the e-bike has a longer top tube (and therefore reach) across the range. This also means 20mm has been added to the wheelbase to keep the front end on the floor when climbing under power. Orange says "The Alpine 6 E rides much like a standard Alpine 6, with extra ‘Vroooom’ on the ascents."  Sounds like fun, a lot of fun....

This is unashamedly the replacement for the Orange Segment, a 110mm travel 29er made to ride well beyond its short travel means. The Orange Stage 5 isn't just renamed, this is a whole new bike with new geometry and suspension improvements in line with changes made to other models in the Stage family which were designed to improve small bump sensitivity. Orange say the main pivot has moved closer to the chainring which alongside the split swing arm and boost rear end, improves stiffness. A metric shock length has also been used, which provides a longer eye to eye measurement, meaning less heat build up in the shock.

We won't go through all the geo changes but the main points to note are; half a degree slacker head angle (67.5), half a degree steeper seat tube (74.5), shorter chainstays (435mm) and a longer reach (444mm on a medium) equating to the same length wheelbases seen on the old Segment and the new Stage 5. There is just a Stage 4 Factory build on the website at the moment, coming in at £5,600. 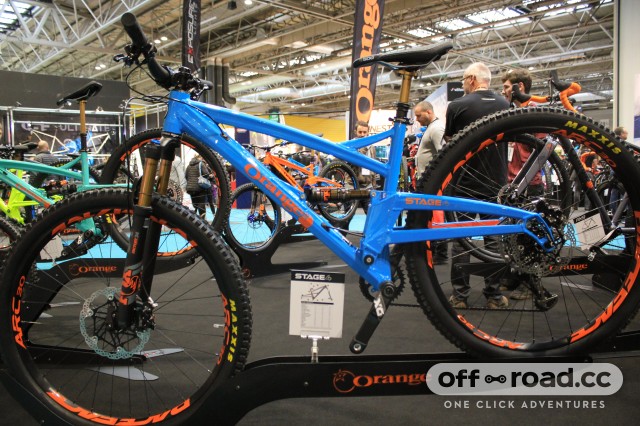 We told you all about the new expedition bike from Shand here, it an adventure bike that has been driven and tailored by customer feedback to become a machine which has all the hallmarks of a bike that will keep even the most intrepid of adventurers on the road. 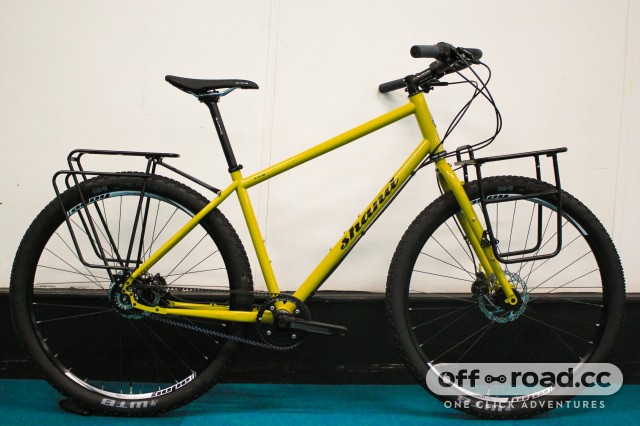 It's just been announced that Shand Cycles (above) will manufacture Trillion Cycles bikes from now on, to include the Prime, a 160mm steel hardtail with an aggressive stance and a penchant for rough terrain. We took an in depth look at the Prime at the Cycle Show, so click here for more details. 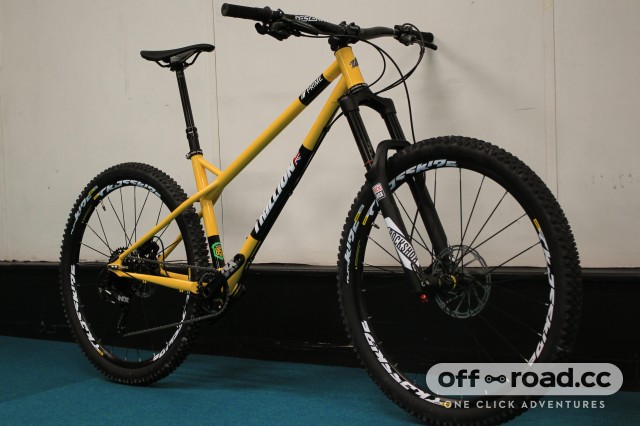 Released back in July, the Mondraker Foxy is a bike high on our wish list to start shredding. Mondraker are a brand who don't shy away from designing longer and slacker bikes with the new Foxy staying true to the companies geometry standpoint. For 2018 the rear travel grows to 150mm, with 150mm forks used across the range aside from the XR which gets 160mm up front. As for the Dune of 2016 the head angle of the Foxy can be to a degree either side of the stock 66 degrees with an angle adjusting headset, while the chainstay length can be set at 425mm or 435mm with a flippable chip. The effective seat angle is also a degree steeper than before at 75 degrees. The reach hasn't changed at all for the 2018 Foxy, but at 480mm on a medium bike it's miles ahead of other 150mm bikes on the market, a number which is more commonly seen on large sized bikes. 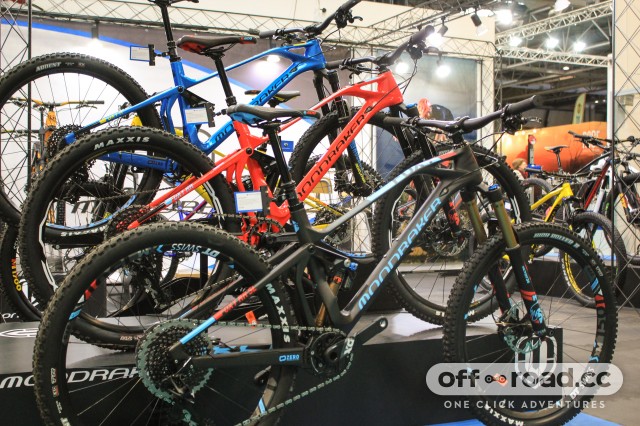 The bearings and housing at the seat stays look to have been substantially beefed up for 2018. 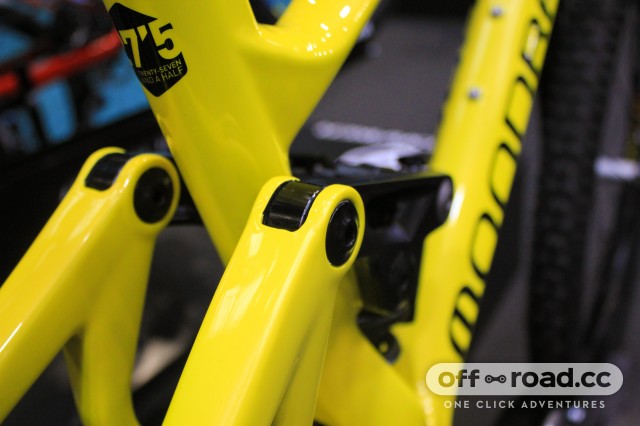 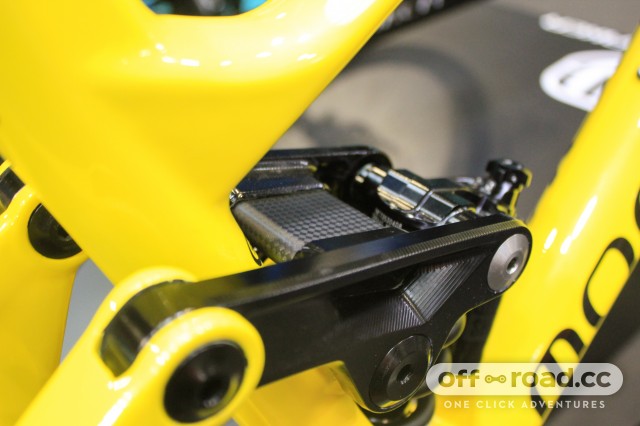 Just released this week, the new alloy version of the Nukeproof Mega is largely unchanged with the biggest update being a longer reach for the large and extra large bikes. The big news from the brand is the launch of the 27.5" Mega in carbon. We put all the details up on our site here earlier in the week. The carbon version saves 320g in weight and is available in just the smaller wheel size, we hope a 29er will follow! 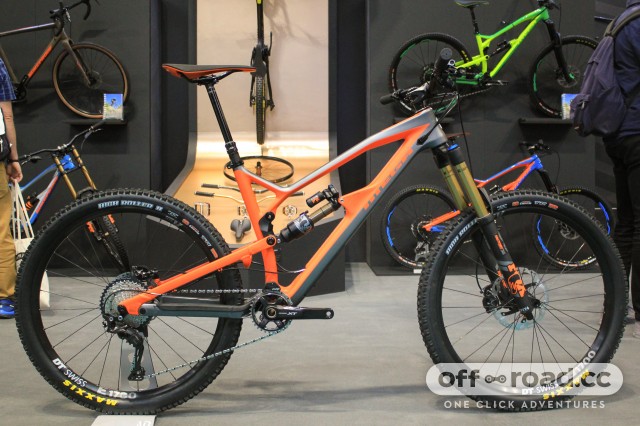 British brand Identiti has given their hardtail, the AKA, last seen in 2012 a makeover. The hardcore hardtail is designed around a 64.5 degree head angle, 27.5" wheels and will be able to fit up to 2.6" tyres. The bike features internal cable routing for a dropper post (everything else external) and sliding dropouts meaning the chainstays can be anywhere betweeen 425mm and 435mm, also adding the flexibility of being able to be run as a single speed machine. 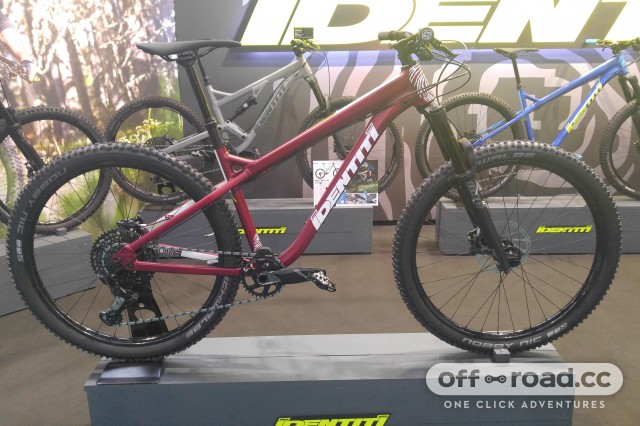 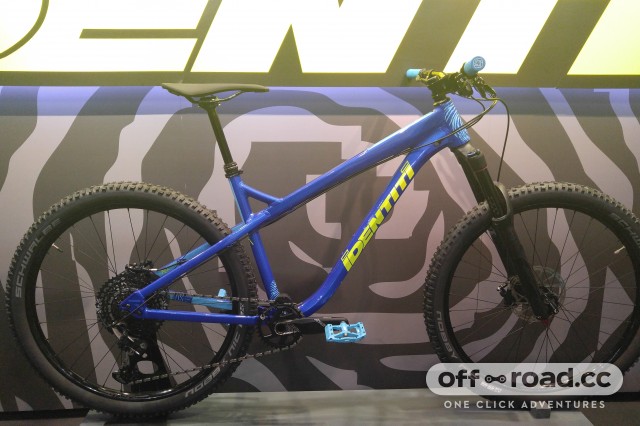 There has been lots of noise about this bike in the press this year and we are as keen as the next person to have a ride and see how we get on with this bike on a long term basis. We are particularly interested in the S-150S at the budget end of the S-150 family. This alloy framed version of the bike, complete with Revelation RC 29er forks, RockShox Deluxe RT Debonair shock, SRAM GX Eagle, SRAM Level TL brakes, a size specific RockShox Reverb Stealth and WTB STp i29 rims for £2,850. The geometry is sufficiently long and slack with a 65.6 degree head angle, a 74.7 degree seat angle, a reach of 458mm on a medium and a wheelbase of 1211 combining nicely with a short seat tube of 432mm. We are keen to see what the small price bring to big wheeled fun! 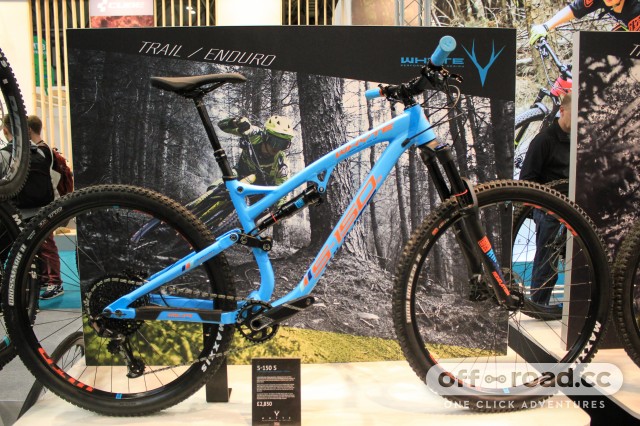