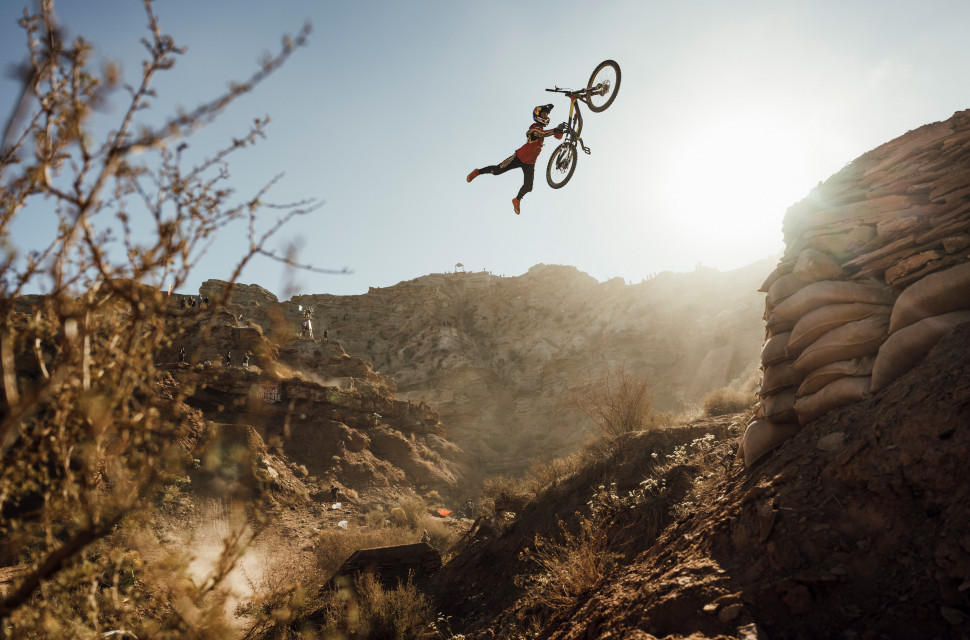 Where did it all start? 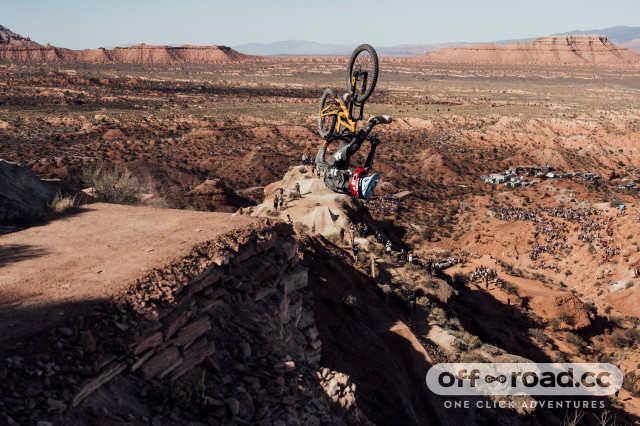 Further south, in the Utah desert, riders were exploring the potential of huge natural sand cliff terrain in Zion national park. The goal was to ride off, and land, the biggest drops. The Utah freeriders eventually evolved their riding obsession into the world’s most famous mountain biking event: Red Bull Rampage.

Although downhill mountain biking has remained the same since the 1990s, with riders racing the clock on a defined course, freeride is constantly evolving. The most hardcore freeriders aren’t competitive. Instead, they are more akin to rock climbers, who want only the adventure of conquering new routes and features.

Competitive freeriding is scored, with riders achieving points for the degree of difficulty, terrain, tricks, and style with which they execute. Controversy is never amiss at freeride events like the Red Bull Rampage, where the subjectivity of trick difficulty and rider style has generated much debate over the years. 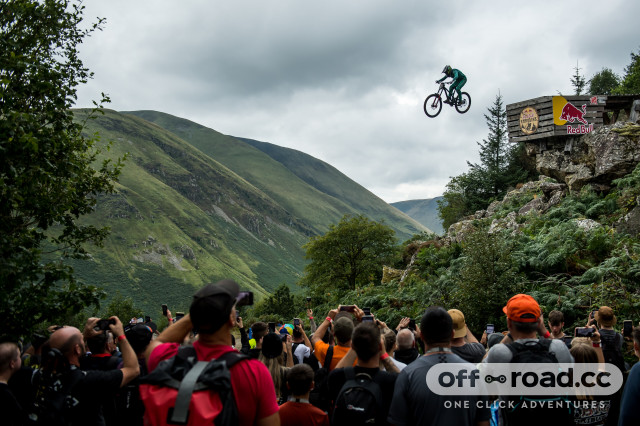 Due to the requirement of landing huge jumps and extreme drop-offs, much larger than anything a downhill racer will encounter, freeride riders have faced a quandary. They need the lightest possible bikes, to trick in the air, but also require a robust enough build to remain durable under the strain of extreme landing forces. 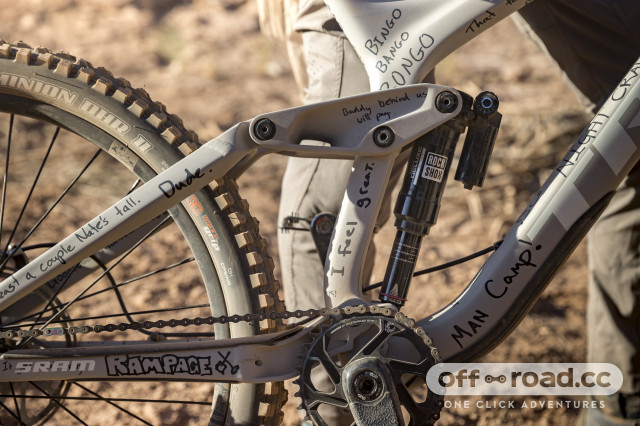 Wheel size and interesting differentiator within freeride mountain biking. While most of the mountain biking has transitioned to the 29er wheel size, including downhill, freeriders prefer smaller wheels.

Most freeride mountain bikes roll 27.5” wheels, and some riders are still on 26”. Why? Smaller wheels are easier to control when airborne and less susceptible to wind-drift-induced instability. And considering how big freeride mountain bikers go with their jumps and drops, it’s understandable that they would want a wheel size with superior stability in the air. This is one case where less is more, in mountain biking. 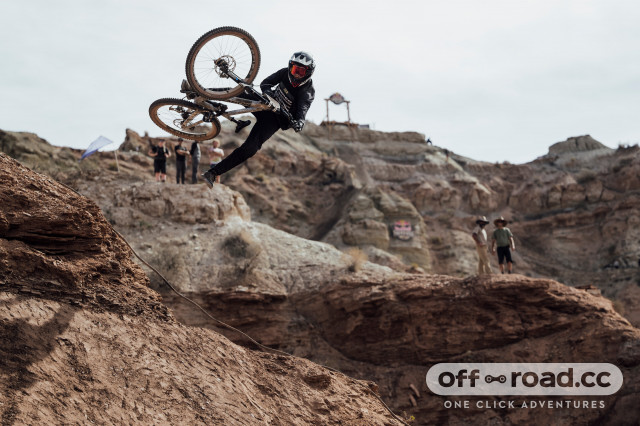 Smaller wheels also have less inertia, making it easier to manipulate the bike into tricks and spin it around in the air.

Another benefit of running 27.5- or 26” wheels, as opposed to 29er, is their inherent strength. A smaller diameter rim will always be stronger, for its given material thickness, than larger wheels. And nobody in mountain biking puts more strain on wheels than freeride mountain bikers.

Freeride mountain bikers ride similar dual-crown forks and coil shocks to downhillers, but there are some differences regarding set-up. The critical requirement for a freeride mountain biker is impact absorption, not traction. Small bump suspension sensitivity doesn’t matter much.

With thanks to advancements in suspension technology, gracing forks with fat, 38mm stanchions, we're now seeing riders take on events like the Red Bull Rampage using single crown forks. This allows riders to execute a greater variety of tricks, as there's nothing in the way to stop the full rotation of the handlebars. Dual crown forks wrap around the head tube, limiting rotation.

Downhill mountain bikers require their suspension to operate across a much broader spectrum of terrain and riding dynamics. Freeriders only want to land safely after a huge jump or drop, and not have their suspension bottom out or buck them over the bars. Therefore, freeride mountain bike’s suspension is often much firmer, with additional ramp-up towards maximum fork or shock travel, to prevent bottom-out.

The pedal choice is another area where downhill and freeride differ. Most downhill mountain bikers ride clipless pedals for added security when rolling through a rock garden at speed. And the benefits of getting in a few very efficient pedal strokes, when required, on the rare yardage of level terrain, that might feature during a downhill race.
But freeride mountain bikers ride flat pedals. The freedom of movement flat pedals provide for tricks, and the safety element (allowing riders to separate from the bike), make clipless undesirable for freeriders.

Are freeriders the best mountain bikers? 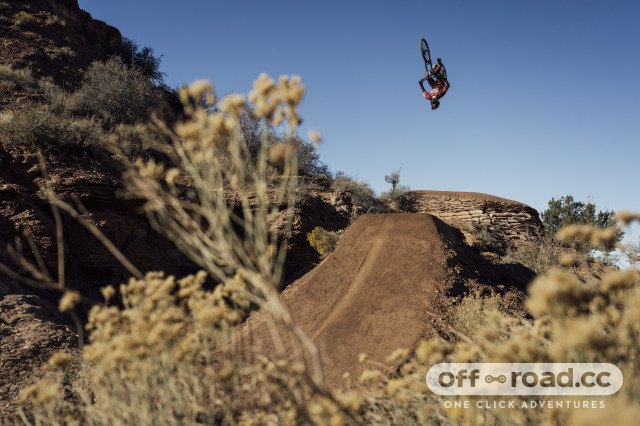 The debate will always rage about who is the best mountain biker? Is it World Championship-winning Nino Schurter, the legendary Swiss cross-country racer? Or Greg Minnaar, the multiple downhill world champion who has won races in three different decades, showing unrivaled longevity?

Many believe that on a balance of pure risk and riding skill, freeriders are the best mountain bikers. Or at least, the most daring and exciting to watch. The consequences of freeride mountain bike crashes are severe.

Cross-country mountain bikers crash and downhillers too. But the scale of serious injury is much larger in the freeride community, which is symbolic of the manifest risk and riding skills that are required.

If freeride mountain bikers are the most skilled and daring riders, is the best freeriders also the world’s greatest mountain biker? Probably. 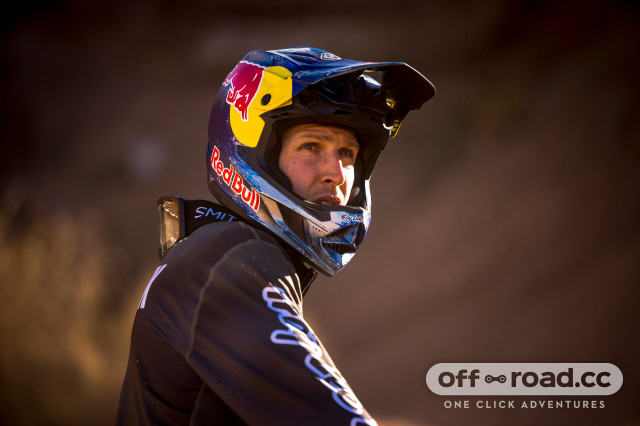 Few would argue that Canada’s Brandon Semenuk is the world’s best freerider. Although being tall is conventionally a disadvantage in any cycling discipline, especially one as trick and agility biased as freeride, Semenuk is the only rider in history to win four Red Bull Rampage titles, despite being 6ft tall.

Not only is his competition history without compare, but Semenuk has not been hugely influential in the progression of extreme mountain biking. He has proven that the most contortionist and challenging tricks can be launched in terrain of huge consequence. The world’s best mountain biker? Probably. And ironically, he does it all on 27.5-inch wheels.