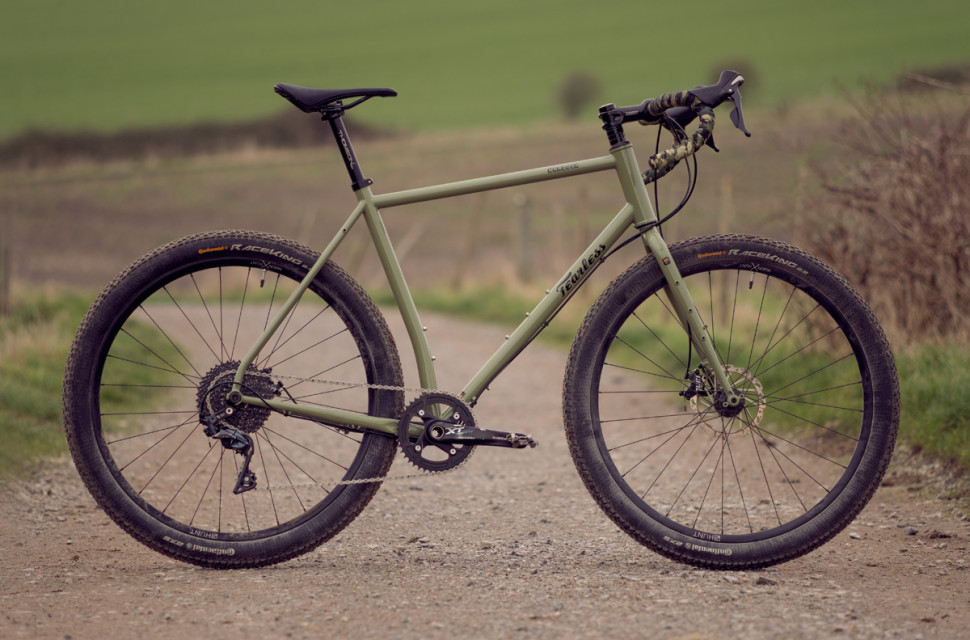 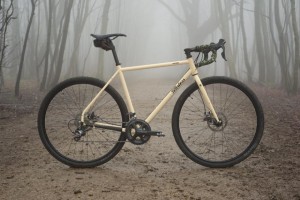 12 bikes from Bespoked that we'd like in our shed
Handmade goodies from the Bristol bike show....

Video: Bombtrack at the Dirty Reiver
A Bombtrack eye view of the big gravel race

Brand new from Fearless Bikes in the Warlock, a gravel bike built to tackle tough trails and long distances in comfort, promising a ride that's more capable than many conventional gravel bikes. It gets big tyres, a progressive geometry for a fun ride and all of the pack mounts you'll need to spend a weekend in the wilderness.

The Warlock is built with a progressive geometry that Fearless says opens up a whole load of riding that's usually a no-go for many conventional gravel bikes.

Built around a Chromoly steel frame, the geometry changes from size to size. Small and medium frames get a 71° head tube angle while large and extra-large frames get 71.5° head angles. As for the seat angle, a small gets a 74° measurement and that slackens by half a degree up to the 72.5° that'll you'll get on an extra-large frame. As for the chainstay, that doesn't change and stays at a rather short 425mm on each size. 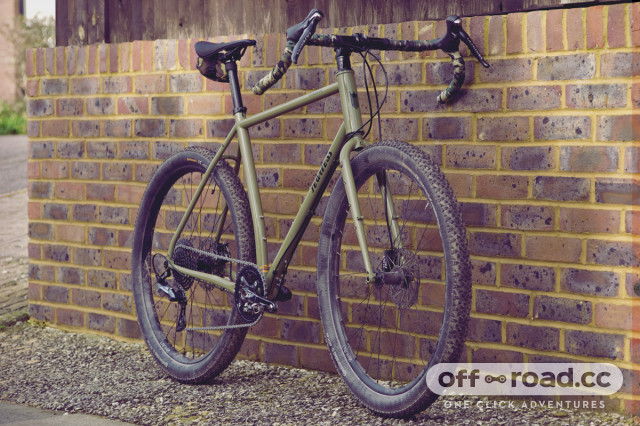 Its geometry is also designed around zero setback seat posts, meaning you can run a dropper post, ideal if the trails get a bit steeper.

Fearless reckons that this shape gives the Warlock an agile ride for slaying singletrack but a ride that's also stable enough for bikepacking.

The Warlock has been built with big tyres in mind and as such, it's a 1x only design but that means that the frame can accommodate up to 700 x 47c or 650b x 58c tyres at either end. Fearless says that you could fit an even larger 700c tyre if you run a rim with a wider than 20mm internal width but that's entirely down to the rider to play with. 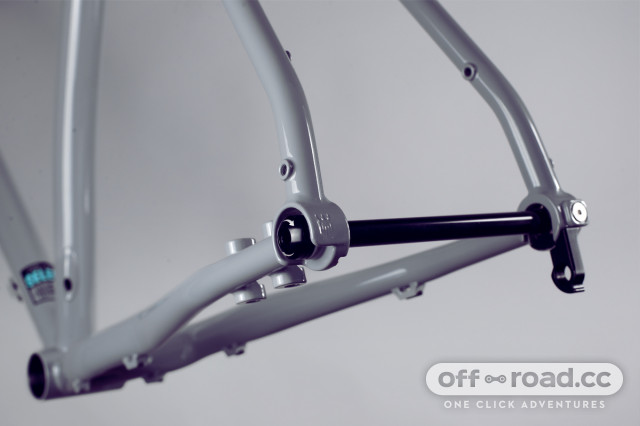 As for features on the Warlock frame, there's a pair of flat mount bosses which have enough clearance to run post-mount adaptors should you swing that way.

It comes with Fearless's 404 Type 2 fork which comes with an updated 12mm thru-axle and a size-specific offset which should keep handling similar across the sizes. It also comes kitted with eyelets and mounts for carriers.

At the rear of the frame, there are mounts for carriers and an extra set of eyelets inboard of the seat stays to allow for mudguards to be fitted independently. 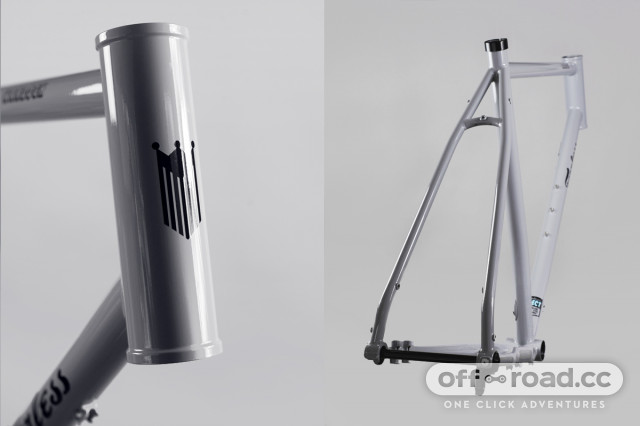 Then the Warlock's seatpost slot is forward-facing which stops trail muck from finding its way into the seat tube. There's also a moisture outlet hole on the underside of the bottom bracket and the inside of the frame gets an E.D coating which is promised to keep the frame going for longer.

There are four sizes available from small to extra large and the bike comes in either Cool Grey or Faded Olive.

The Fearless Warlock is available as a frame and fork only which will set you back £720.

Nope, nope, I definitely don't need one of these. I've no use for it. I've got a perfectly good Fairlight Faran sat in the attic, and a hardtail MTB that's ideal for basically everywhere unpaved that I ride.

But, but, I love a good bike build project, I've got all the bits, I could teach my son how to build a frameset up from scratch, I've got all the tools I need now so I don't need the LBS to cut the steerer, and the workshop build is almost done. Damn it...

That sounds like cracking value for a modern (i.e. flat mount/thru) frame. Good to see and would probably go top of my list if I wanted to build a new gravel frame.