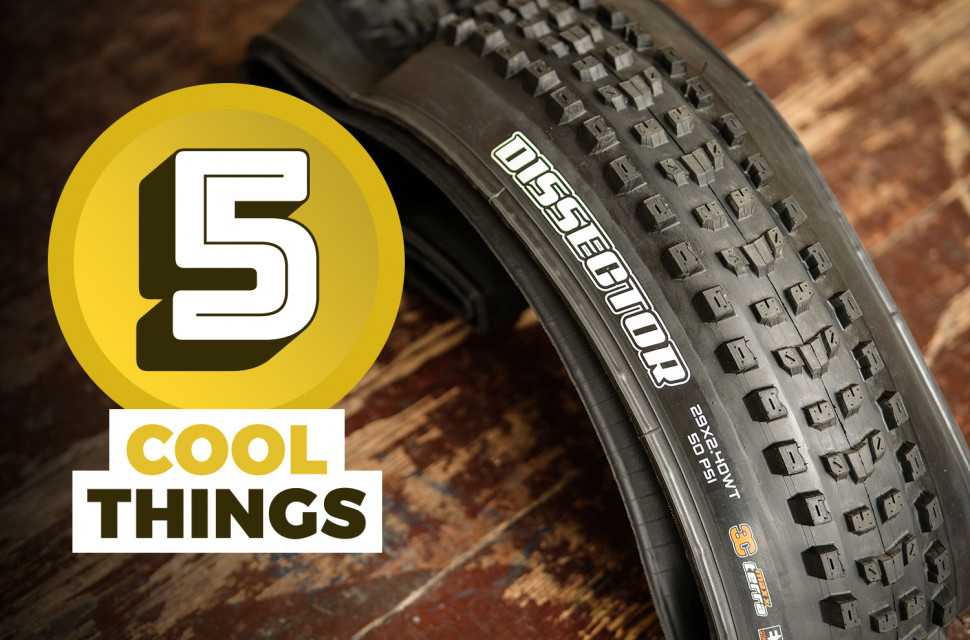 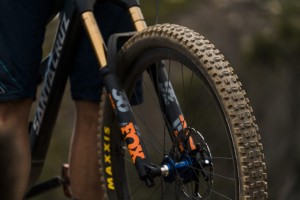 New Maxxis Assegai tyre looks like a cross between a DHF, DHR and a High Roller
Aggressive DH and enduro rubber for wider rims

WTB reveals new(ish) Exposure gravel and adventure tyre, plus you can now get the Byway in 700c now
Increased traction, plus Byway now comes in 700c

Five cool things are looking pretty hot this week with a mullet bike from Intense in the form of the 2020 Primer S Pro, a couple of new jackets from Endura, a handy pump from Fumpa, a nifty lock for cafe stops and fresh rubber in a new casing from Maxxis tyres.

You all know how it goes now - "business up front, party out back" when we talk about mullet bikes. Intense are offering a 29" wheel and 150mm of travel at the front paired to a fat 650b plus tyre and 140mm at the back of this new Primer S Pro. The Primer range also allows riders to pick which wheel size they prefer; 29", 650b or a mix of the two, as we have here. It's not just about a flippant wheel choice though, each of the bikes uses different front and rear triangles to maximise the qualities of each setup. You can read all about that in our first look here. 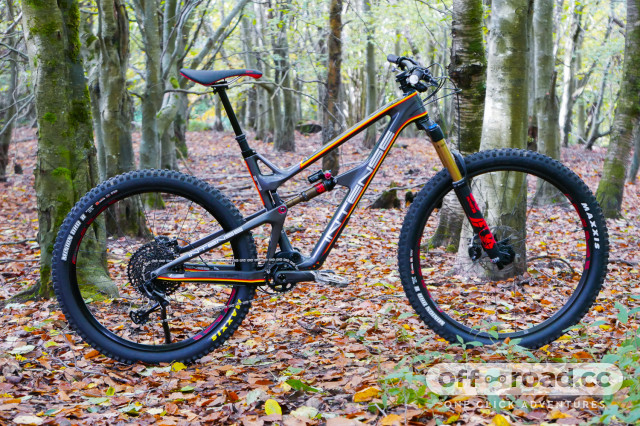 Not only have we got our hands on a Maxxis Assegai, we have one in the new EXO+ casing. The brand has combined its SilkShield and EXO tech to make EXO+ which should provide better protection against pinch flats in a tyre only weighing a claimed 80g more than the like for like tyre. EXO+ tyres are lighter than DoubleDown version and at the moment just come with a MaxxTerra compound rather than MaxxGrip which is still reserved for the downhill version of the tyre. We have this in a 27.5" x 2.5WT size but you can also get it for 29er wheels in the same width. 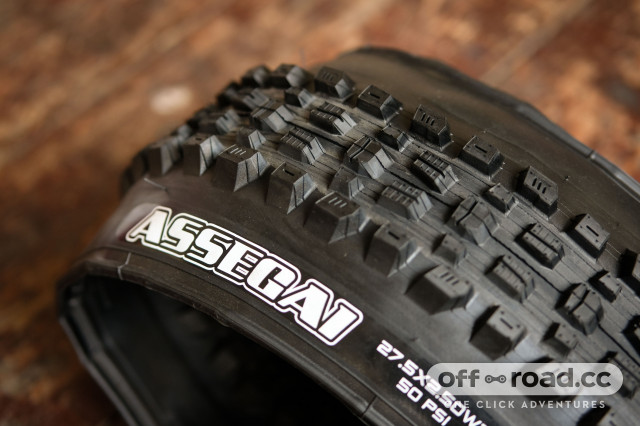 Released in August this year we also have a new Maxxis Dissector, a tyre designed in conjunction with downhill racer Troy Brosnan, that the brand says is intended for dry, loose conditions. It's available as a 27.5" and a 29er in 2.4 WT for both. At the moment it gets either a downhill casing or EXO but we suspect that DD and EXO+ will follow if the trend of the Assegai is anything to go by. 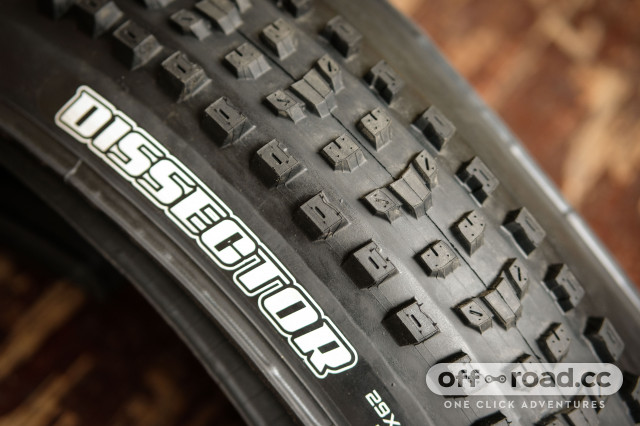 This isn't the first lock from this brand we've had on test, back in June this year Rachael reviewed the smaller, lighter regular Ottolock Cinch lock. We were impressed by the small flexible lock finding is a handy piece of kit for long café stops, quick shopping trips or for leaving bikes outside at trail centres. The Hexband Cinch lock is the bigger brother in the Cinch Lock family with six layers of steel and kevlar rather than the three in the regular lock. We've also opted to test a longer lock so we can lock up friends bikes too - how nice of us! 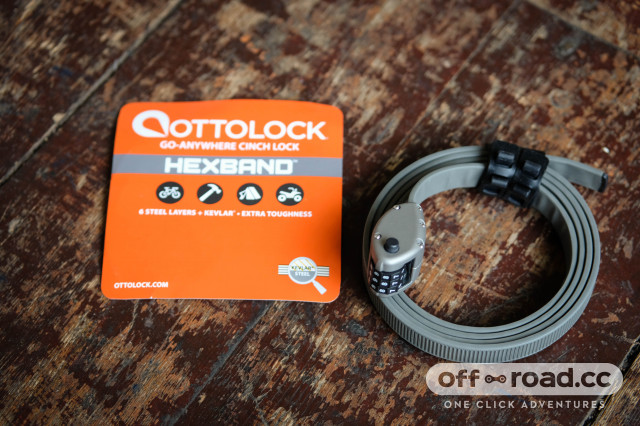 A cross between a shirt and a jacket making a Shacket.
This new jacket from Endura windproof and reversible and looks like an ace 'post ride' warmer. 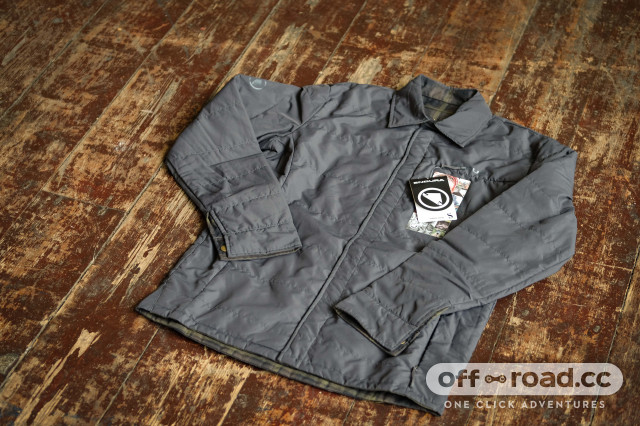 The DuraJak is a packable windproof jacket from the Endura Singletrack lineup. It's pretty lightweight, has a full-length zip and comes in this snazzy red and also a more muted grey camo. The pack stuffs into its own pocket, reportedly smaller than a can of Iron Bru.... Well, it does hail from Scotland after all. 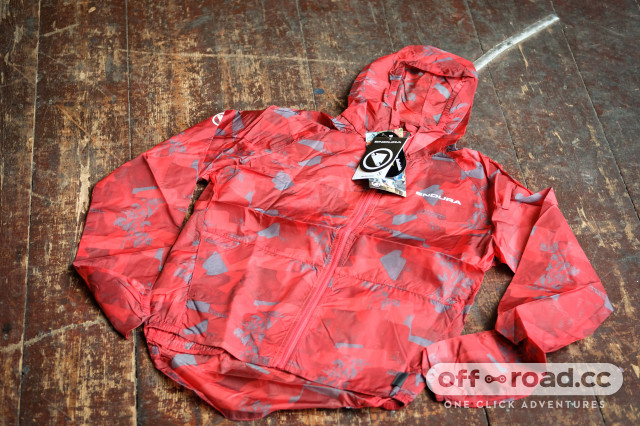 Fumpa Pumps make this battery powered pump in two sized, this larger one, the Fumpa and also the miniFumpa which is designed to be taken on the trail in your bag rather than take a CO2 cannister. We are testing the full size Fumpa which measures 42x73x87mm and weighs 380g. Our friends at road.cc report that the pump can inflate a 700 x23 mm tyre from flat to 100PSI in 30 seconds, inflating the tyre six times before the battery was dead. We are looking forward to using this on larger volume tubeless tyres soon. 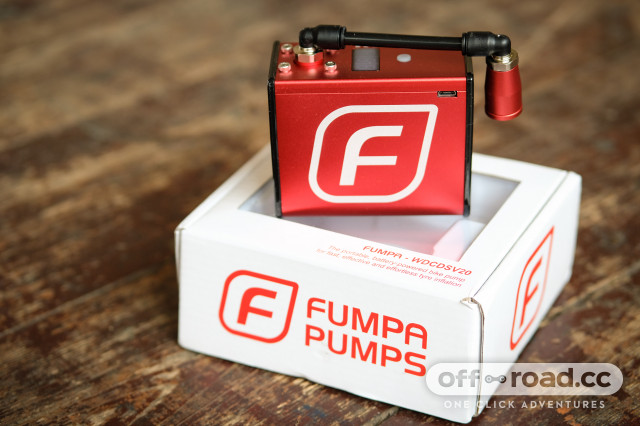