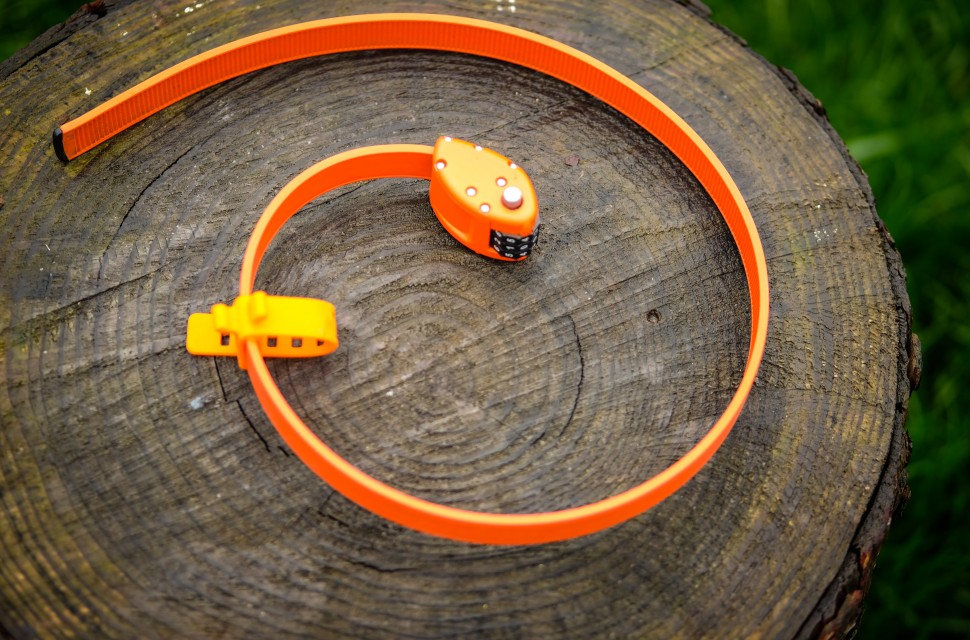 The OTTOLOCK Cinch Lock is a crowdfunded, light and flexible lock, that despite its high price has proved to be a handy piece of kit for long café stops, quick shopping trips or for leaving bikes outside at trail centres.

No-one likes leaving a bike unattended, a quick coffee break is frequently broken by “is my bike still there” checks. The OTTOLOCK cinch lock is the answer if you don’t mind sticking it in your pack or if you have a spare jersey pocket free. 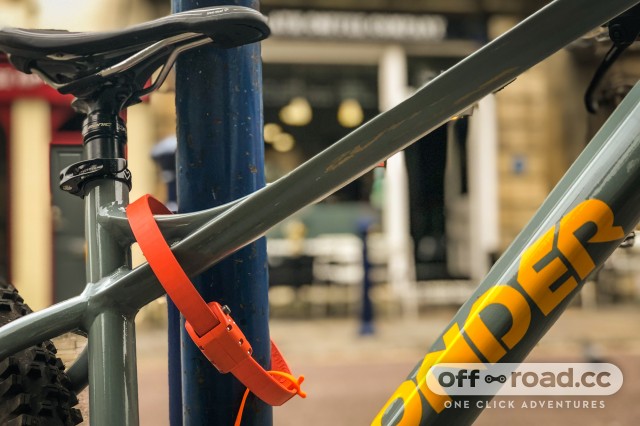 Weighing just 151g and rolling up to approximately 10cm in diameter, the Cinch Lock is easy enough to stuff in a bag or a jersey pocket, I’ve been keeping mine in the bottom of my 10L hydration pack mostly ready to deploy at trail centre or outside café’s mid-ride. It’s worth noting these dimensions relate to the mid-sized lock (76cm length) there is also a shorter and a longer option at 46cm or 152cm weighing a claimed 145g and 260g respectively. The lock I had on test also fitted happily into a saddle bag and my small ‘enduro’ frame bag I use on my long term test bike. 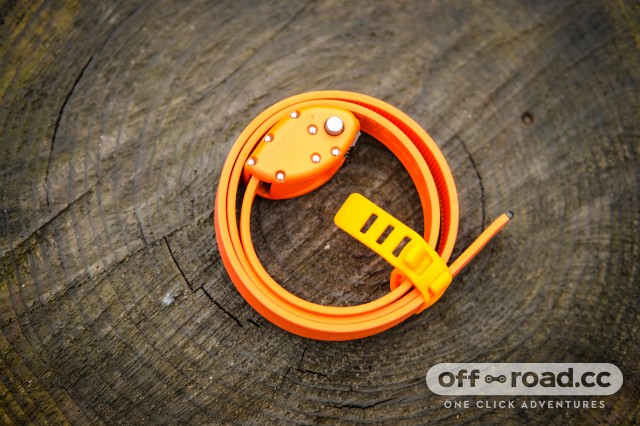 The lock is made from Kevlar fibre with stainless steel bands within the middle of the lock, then there’s a plastic outer and has a small 3 digit combination lock head. OTTOLOCK claims that lock is “far more secure than a cable lock, and much lighter than a U-lock”, although no one has attempted to steal any of my steeds whilst locked up with the Cinch Lock, I’d say I would be happy leaving my bike in a variety of places for short periods using the lock. It feels solid and tamper proof and I reckon only the best bolt cropper equipped criminals will think about taking it on. It’s certainly a deterrent and will keep opportunist thieves at bay for very little weight or space penalty.

Using the lock is simple, it’s longitudinally flexible and will easily fit around two bike frames and a post or your rear wheel the seat tube and a post, you’ll be able to loop it through a helmet vent too.  The isn’t laterally flexible so it’s not able to twist and flex around corners or such like. Fitting the lock simply requires you to set your combination to open, push the end of the lock strip through the middle of the lock head much like a zip tie and then mix the combination. Unlocking is slightly more fiddly, the button you need to depress in order to release the lock rather small, it needs to be pressed right in and then given the two ends a rough tug to separate. It’d be nice to see this element slightly easier to use but with the right knack it's not a deal breaker. 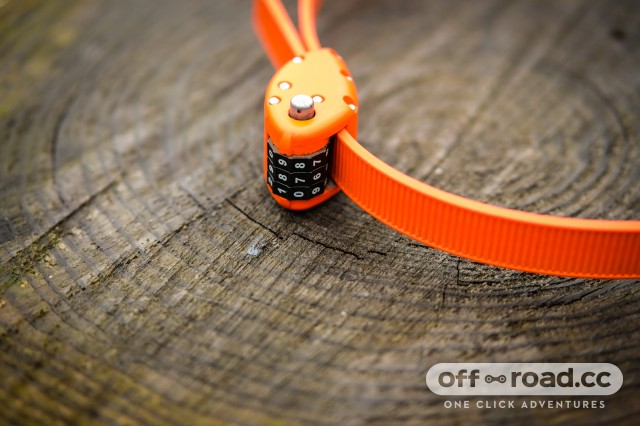 If you want something tougher you can also take a look at the OTTOLOCK Hexband, with six layers of stainless steel rather than three, although that one is heavier and pricier. Other smaller options come from Hiplock in the form of the Z Lok or the Hiplock Pop but they appear much smaller and thinner and not really in the same league as the OTTOCLOCK. I have used the Z Lock and it's a minimalist security tie rather than a lock as such.

The OTTOLOCK Cinch Lock is innovative, light and just about worth the high £70.99 price tag for piece of mind, although I would go for the shortest option, save some dollar and get the same security. With a variety of uses and a tough demeanour, this lock is a great addition to secure your pride and joy and prevent the loss of a bike through opportunist thieves. 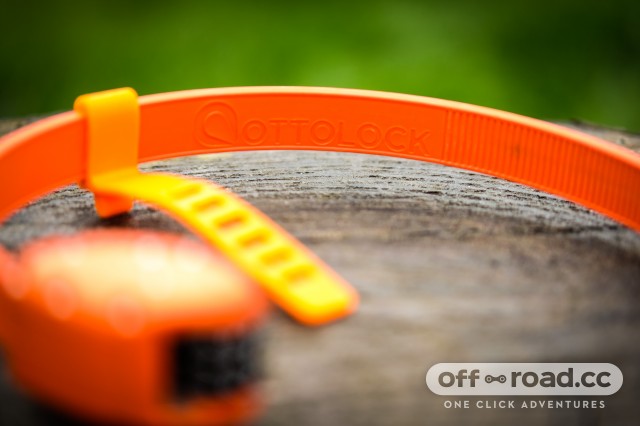 Check out the popular video chanel, which if you name,  seems to cause your comment to be moderated, there's a clip of this and the even more expensive 6 strand version being cut through in seconds with a pair of tin snips. £70 for something less secure than a bit of tough rope and a  slightly complicated knot.