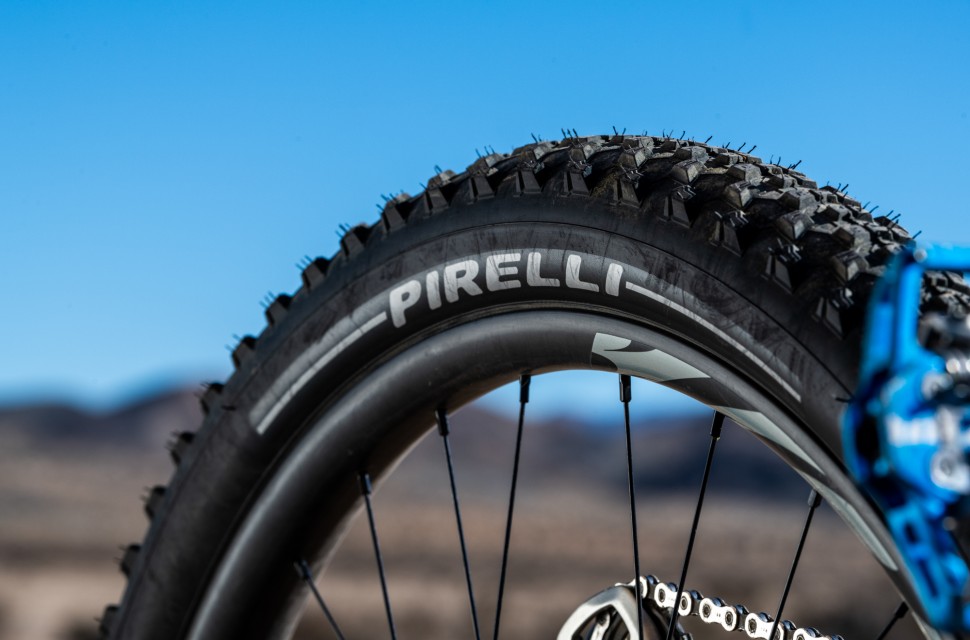 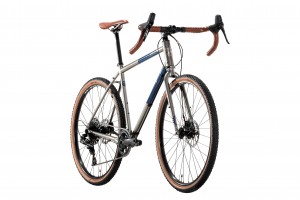 Pirelli has just launched their new range of Scorpion mountain bike tyres. There is a tyre for hard terrain, soft terrain and a rear only option too. Available in the UK from March 2019, we take a look a the brands first mountain bike specific tyre lineup here.

Re-entering the cycling sector in 2017 with a range of road tyres, Pirelli are now launching a new mountain bike range, which they say benefits from the11 Pirelli research centres in the world, with over 1,000 dedicated researchers and around 200 million euros each year for the development and innovation of tyres.

Their SmartGRIP Compound at the heart of the new mountain bike range was produced in Pirelli’s Racing factories, where the engineering of the well-known F1 tire compounds takes place. Pirelli says they have tyres for every terrain and climate, there is a version of the Scorpion for hard terrain, mixed and soft terrain too. Thanks to this specific SmartGRIP compound Pirelli say the variables of climate or temperature does not affect the performance of the new tyres. At the same time, Pirelli says their engineers also customised the properties of the compound, from the static ones (hardness and breaking strength) to the dynamic ones (damping and dynamic stiffness) for each model and size.

The Pirelli range consists of four models, defined by a name that is self-explanatory and by a colour code, which immediately identifies the terrain for which the tire is designed.

The Scorpion H (Hard Terrain - red) are dedicated to hard terrains, compact surfaces and with embedded rocks. The below tyre for hard terrain looks pretty low profile and fast rolling. 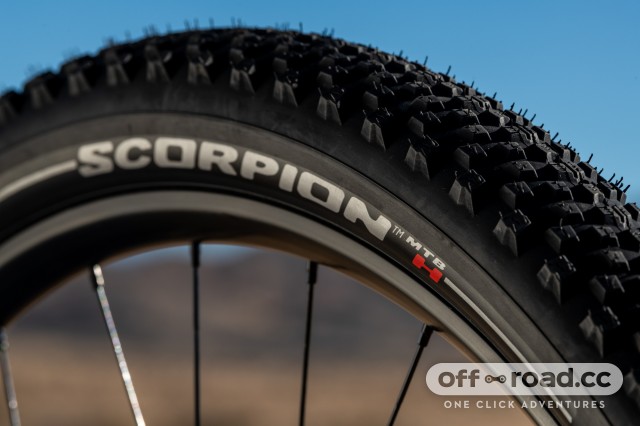 The Scorpion M (Mixed Terrain - yellow) are ideal on mixed terrains, where changes can also be unpredictable or sudden, from hard-packs to sand, pebbles and roots. 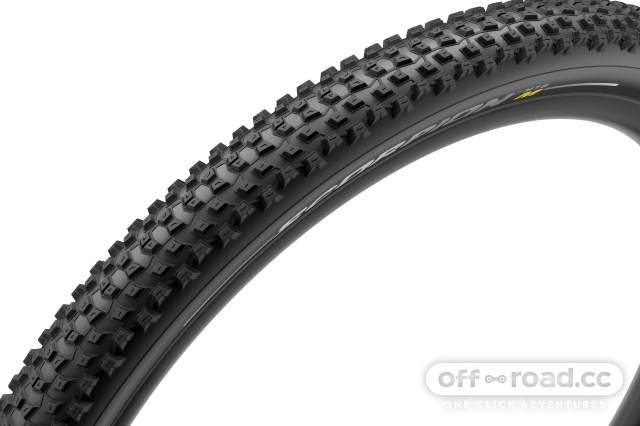 The Scorpion S (Soft Terrain - light blue) give the best on soft surfaces (below), there is wider spaced tread and a rubber bridge between knobs that is said to increase knob stability 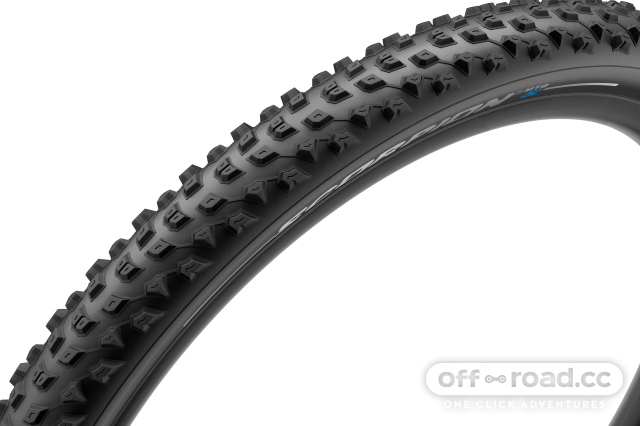 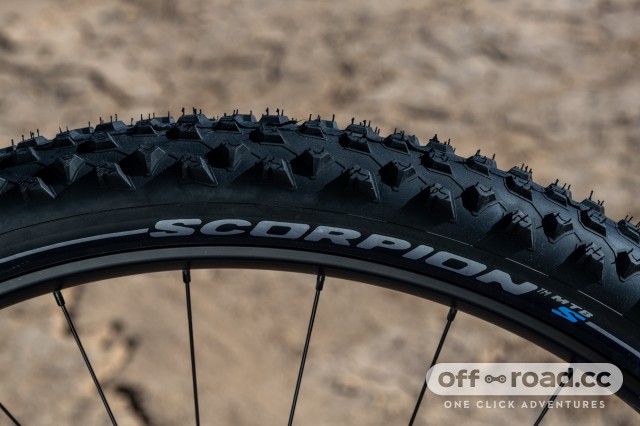 The Scorpion R (Rear Specific - green) offer more traction to the rear wheel and are also dedicated to mixed terrains. There is a lower profile to the centre knobs to decrease rolling resistance. 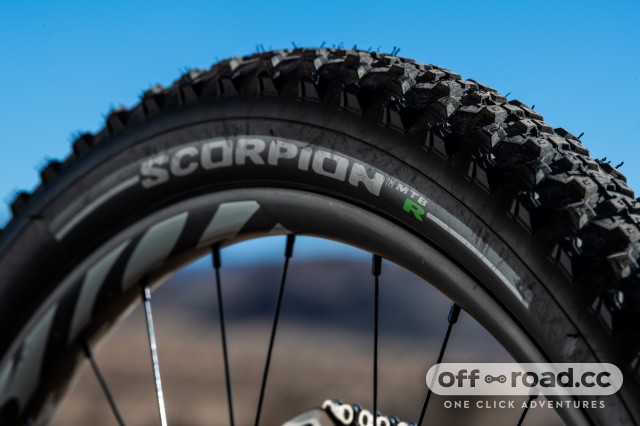 The first Pirelli Scorpion MTB products will arrive starting March 2019, full details of sizes and pricing is below: 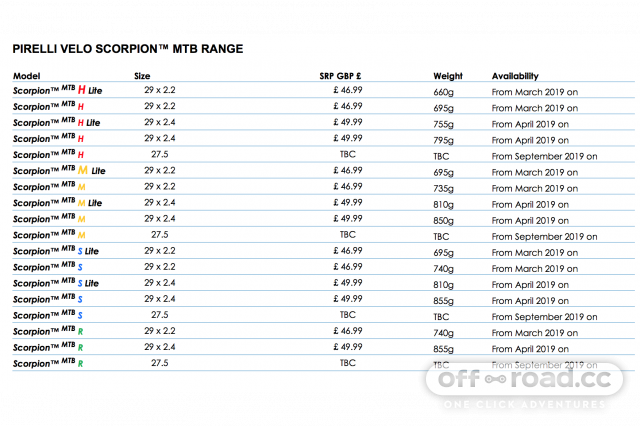