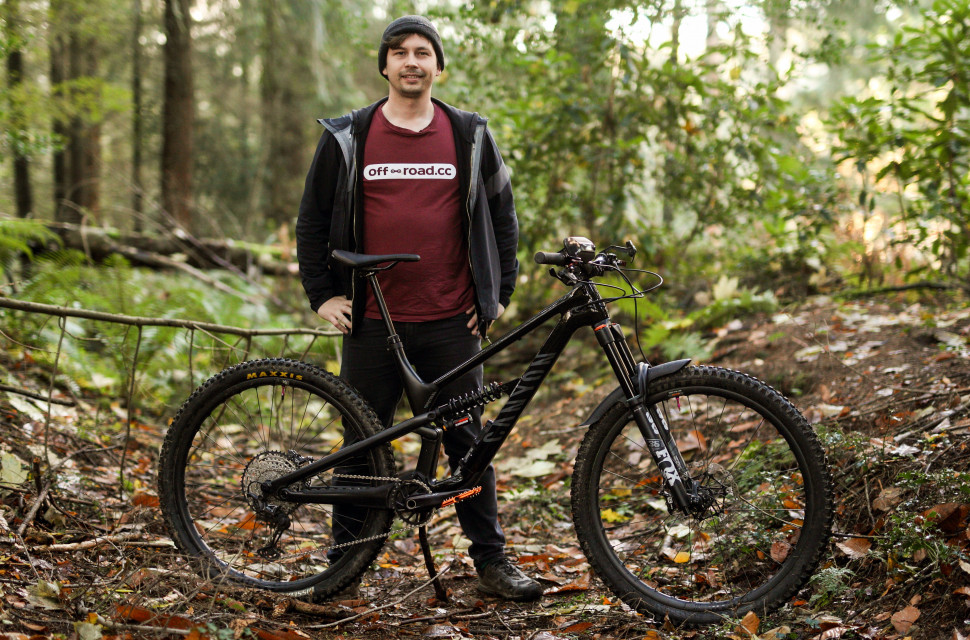 Our bikes are often an extension of ourselves and, as people who test an awful lot of kit, that rings even more true when it comes to off.road.cc's staff bikes. We test some of the best and worst kit on the market and if we like it enough, it ends up staying on our personal rigs. So, we're bringing you a new series where the people behind the words show off their very own bikes. Starting off the series is Liam Mercer and his Canyon Spectral 29 CF8.

My Canyon Spectral 29 CF8 started life as a media bike that I had on test. Thanks to its descending and ascending ability, paired with a massively fun suspension kinematic, it very quickly stole my heart, doing incredibly little to persuade me to pedal back up the hill for an extra run.

For the curious, this is a large frame and I'm around 5'10". I used to ride a medium, which I was very happy with but I chose to size up as I wanted more stability. This has been at the expense of some agility, but overall the bike is much more comfortable all-round. 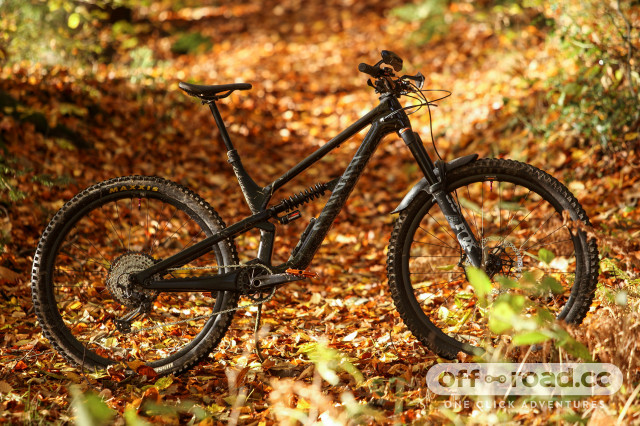 Its geometry is nice and progressive but without being too wild. So it's mega-confident when things get steep but also balanced and perfectly comfy when ascending. The travel figures suit me almost perfectly, too, with 160mm at the front and 150mm at the rear. It's enough to take on nearly everything the UK has to offer without sucking the fun out of mellower trails while staving off fatigue when racing. 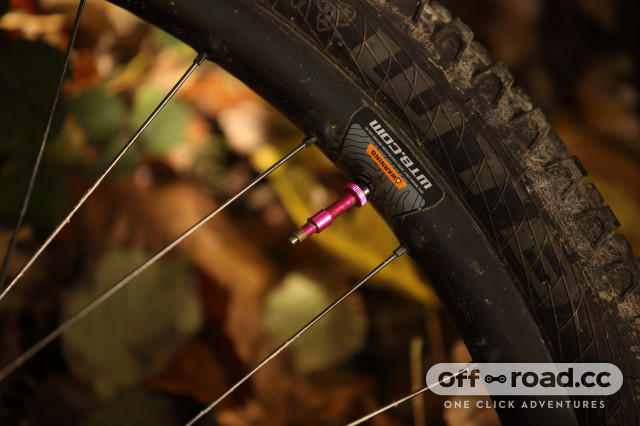 Through being something of a mule for test product, my Spectral has changed an awful lot since its testing days and most obviously, it's no longer green. That's because the after a quick and easy warranty transaction, Canyon very kindly supplied me with the lusciously stealthy black frame. Speaking of colour, this is the first time it's been (almost) perfectly colour-coded thanks to some orange bits dotted around the frame. Just ignore the pink valves and red lever grips... 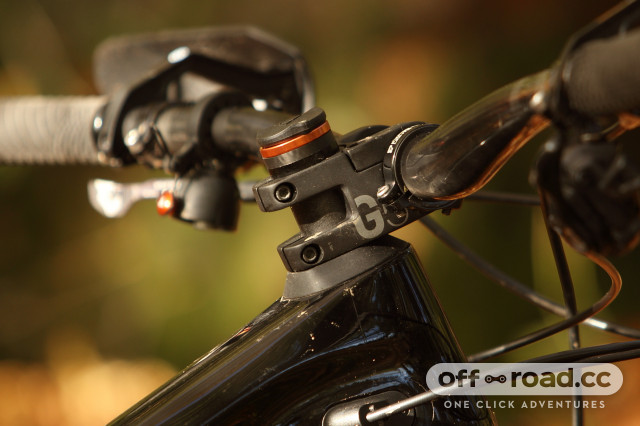 While this bike has been through the wringer, some components haven't changed such as the Fox 36 Performance Elite fork, Shimano XT crank, the XT mech and the Canyon G5 stem. That balance of the build features test componentry that has remained on my bike for very specific reasons and, in a way, it shows my journey as a biking journalist - and how my tastes have developed as I've tried all kinds of kit in all kinds of conditions. 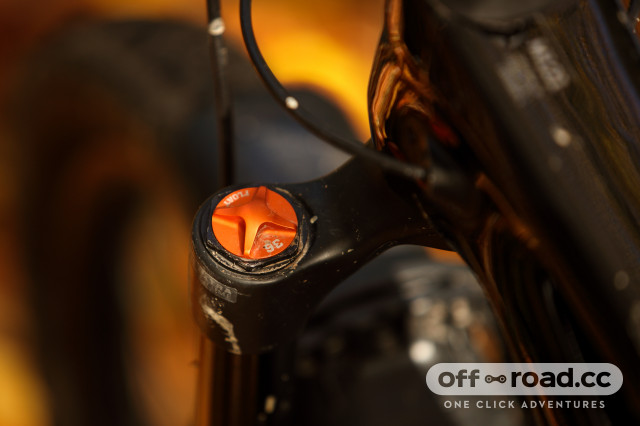 A case in point is the orange dials on my fork, something I was given when visiting the Fox service centre, having left with a brain brimmed with suspension know-how. Of course, they don't add anything in terms of performance but are a nice reminder of such a great day. 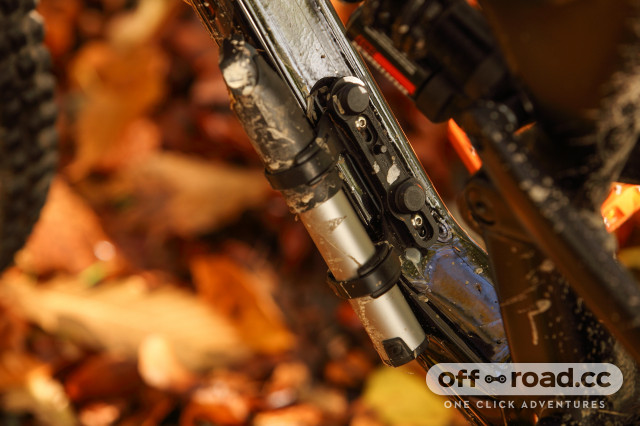 While some of the component choices I've made may seem a little weird compared to many bikes out there, I like to think of my Spectral as practical. It carries almost everything I need tool-wise, thanks to the Granite Design Stash system while being as comfortable to ride as possible. The handguards, stick-on lever grips, oval chainring, backwards-mounted shock, and redundant Fidlock mount definitely raise some eyebrows though. 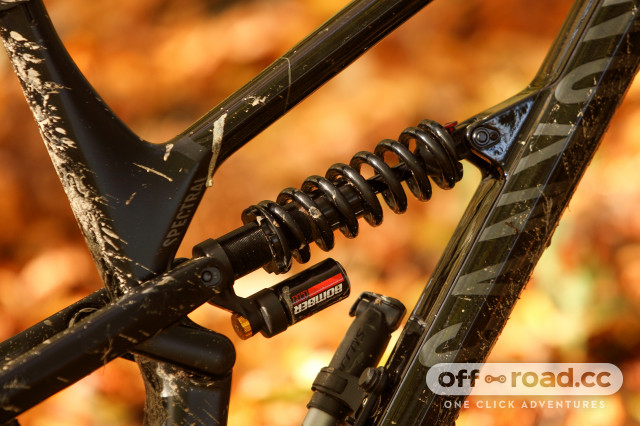 I say the Fidlock mount is redundant as the piggyback on my Marzocchi Bomber CR shock takes up all the space that could be used even for the smallest Fidlock TWIST 450 bottle. Unfortunately, I had to mount the shock this way as frame clearance - when attempting to mount it the other way - was a smidge too close for comfort. In this state, I carry water in a flexible bottle that sits in the back pocket of my bib shorts - so, perhaps my bike isn't 100% practical after all... 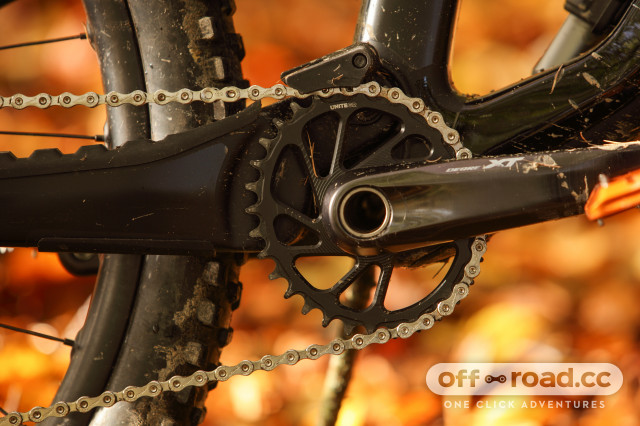 I run an oval chainring, something I think is hugely underrated. I like them because traditional chainrings can be rather peaky in their power delivery. Oval chainrings smooth out that peakiness which enhances rear-wheel grip and boosts acceleration. They also calm down the rear shock under pedalling. This particular one comes from Unite Components. 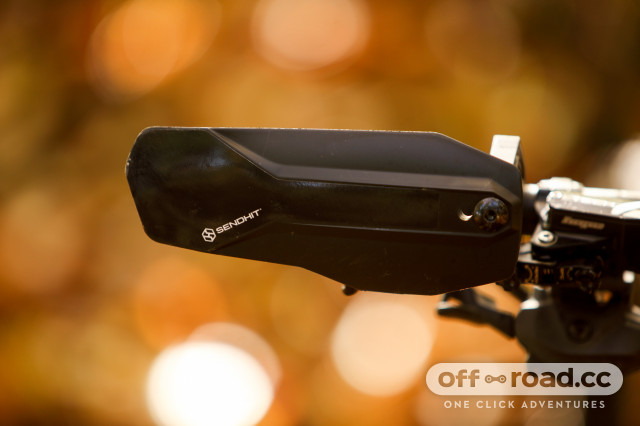 Perhaps the biggest elephant in the room is the fact I like to run handguards. Yes, they're controversial and their aesthetic can be questionable but I'm very much a function-over-form kind of guy. While I reckon these Sendhit Nock V2s are some of the better-looking guards out there, not having to worry about ferns and trees whipping my hands is a surprisingly large advantage. Seriously, don't knock them before you rock them, I'm certain you'll surprise yourself.

The rest of the bike, I'll leave for the video to explain but that is my Canyon Spectral and I think it's rather great.