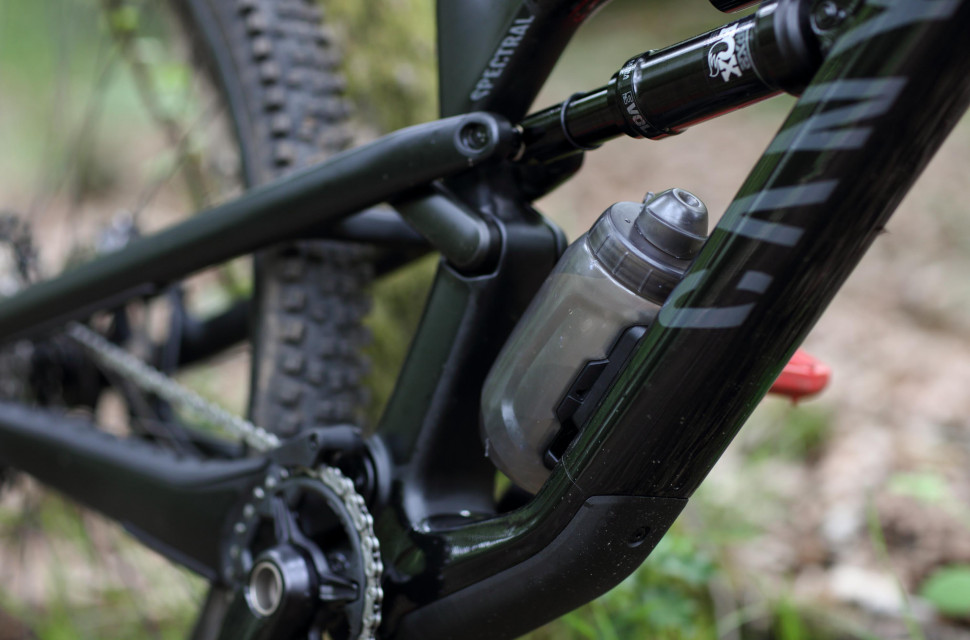 Liam Mercer
|
Jul 15 2021
|
Overall
Quality
Performance
Value
What's good?
What's not?
Buy if...
You're an avid bottle user and don't mind the price - There are only benefits

Fidlock's Twist Bottle 450 + Bike Base offers a different solution to storing a water bottle on your bike, using magnets. Smart, easy to use, secure, and low-profile system, that's ideal for tight-fitting frames but comes at a premium price.​ 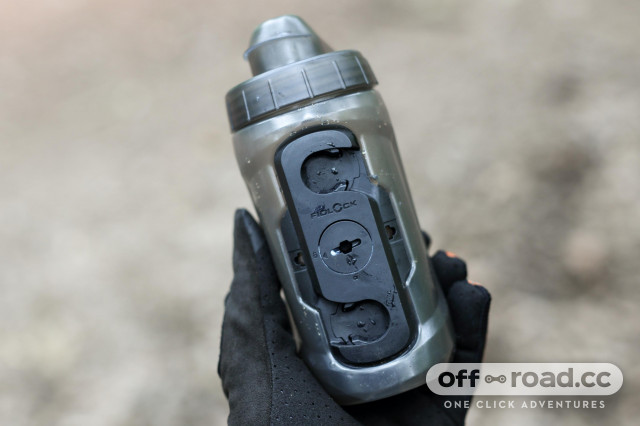 The TWIST Bottle + Bike Base comes with three bottle size options, a 590ml, a 600ml bottle, and the one we've got on test, a 450ml bottle. It's also available with a clear bottle rather than the smokey colour one here.

The bottle itself is made using BPA-free polypropylene, and it fits all of Fidlock's TWIST bases. On top, there's a leak-proof bottle cap with a self-sealing valve and a dirt cover.

Conveniently, the connector (what Fidlock calls the magnetic bit on the bottle) is removable. So, if you were to wreck a bottle, you could buy a replacement without the connector, saving you £17 against the bottle with the connector.

The TWIST system is entirely modular, with each part available to buy separately. Fidlock also has several solutions to connect off-brand bottles, tool cases, and anything else you want to attach to the magnetic base if you're creative enough.

The best bit of the Fidlock TWIST system is that it ultimately does away with the clutter and fuss of a bottle cage by using a smart magnetic and mechanical design. To release the bottle from the base, give it a clockwise twist. To send the bottle home, just match the magnets, and it easily snaps back into place with an audible click. 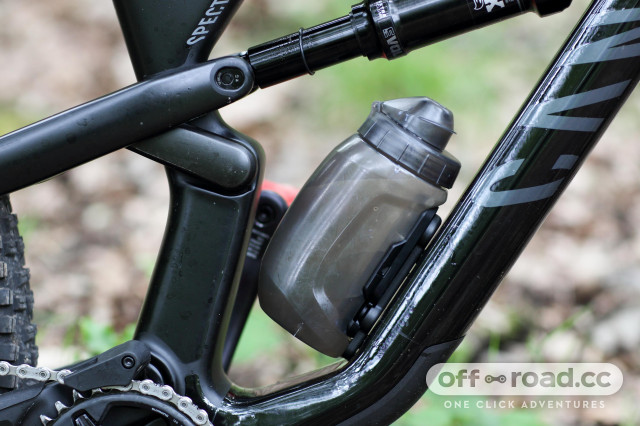 It's an incredibly easy system to get used to and, in many cases, more straightforward than conventional cages as you don't have to wrestle the bottle in or out. It's also pretty easy to use on the fly, though putting the bottle back in place does take a little more practice.

The main advantage of the Fidlock Twist system is that it's claimed to fit even the most space-strapped frames. I've tested it with my Canyon Spectral 29, but, as you can see from the pictures, this is an excellent example of a frame that doesn't offer an awful lot of space for a bottle.

The biggest advantage I've found is that it's incredibly secure. I've had the bottle connected to my bike during transport and, of course while riding, and it has never fallen out of place. During the roughest descents and even after a nasty spill where the bike flew down the trail, the bottle (if not the rider) remained firmly attached. 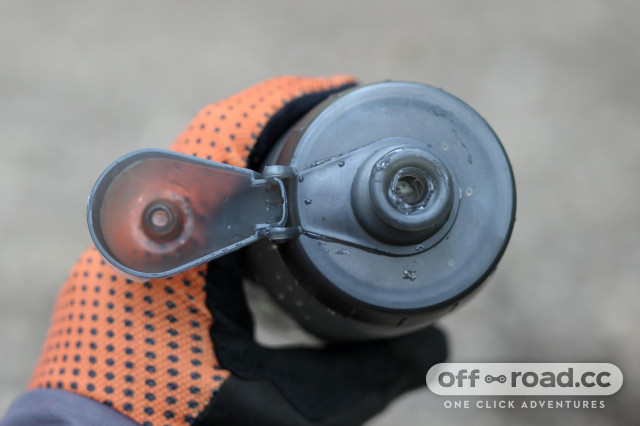 The bottle itself is a pleasure to use. The self-sealing valve lets a healthy volume of fluid through when you want. It's squidgy, even with the connector attached, so if you're particularly parched, you're free to give the bottle a hefty squeeze.

Though its volume is pretty limited, it's fine for short blasts, especially for rides where you can't be bothered to pack a full bag.

The shape is spot on, too, as, unlike the completely round shape you'll typically see on most water bottles, The TWIST bottle is round on the backside and flatter on the sides. Not only does this stop you from knocking the bottle as you pedal, but it's also comfy in the hand, with the shape giving you a better grip as you twist the bottle away from the base – a real bonus if you're drinking as you go. 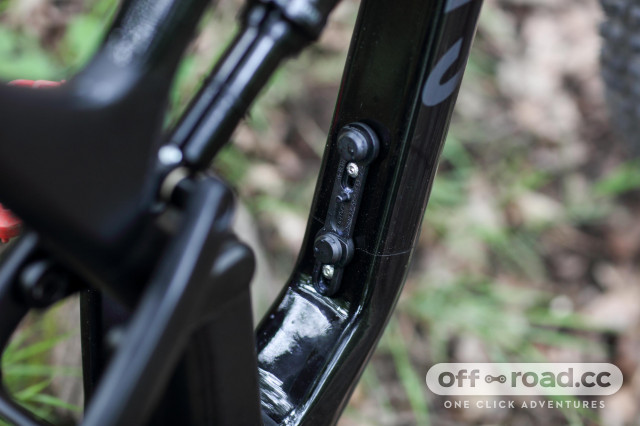 Then, if you’re planning a bigger ride, the Bike Base takes hardly any space and it’s super low-profile if that’s the look that you prefer and it only weighs 24g. As a comparison, Topeak’s £55 Shuttle Cage X 3K carbon bottle cage weighs 21g.

While we're on the subject of weight, the whole system comes in at 119g. As you might have guessed, that extra 95g is all in the bottle and the connector. When compared to the Elite Fly MTB 550 water bottle which weighs 71g, it's a little bulky but remember, the Fidlock system comes with that TWIST mechanism, adding the extra weight.

The Fidlock TWIST 450 + Bike Base is a classic case of 'you get what you pay for' and at £37, you're definitely paying for it. For example, the Fabric Gripper cage and bottle will set you back £24 together.

With many bottle cages costing around £15, and many bottles costing less than a tenner, Fidlock's TWIST 450 + Bike Base may be hard to justify. Still, I believe that if you're an avid bottle user, it's worth every penny. That's simply because it's such a secure system. You'll be hard pushed to lose a bottle, saving you money in the replacement bottles that most of us need with more conventional cages.

Although pricey, the Fidlock TWIST 450 + Bike Base is seriously difficult to knock. It's an easy-to-use system that's incredibly secure and much less invasive to the look of your bike than a traditional bottle cage. If you can stomach the price, it's a system that'll please any bottle user.