Skip to main content
Log In Register
The all-American hero, John Tomac, was the most dominant of all mountain bikers during the 1990s - this is his story 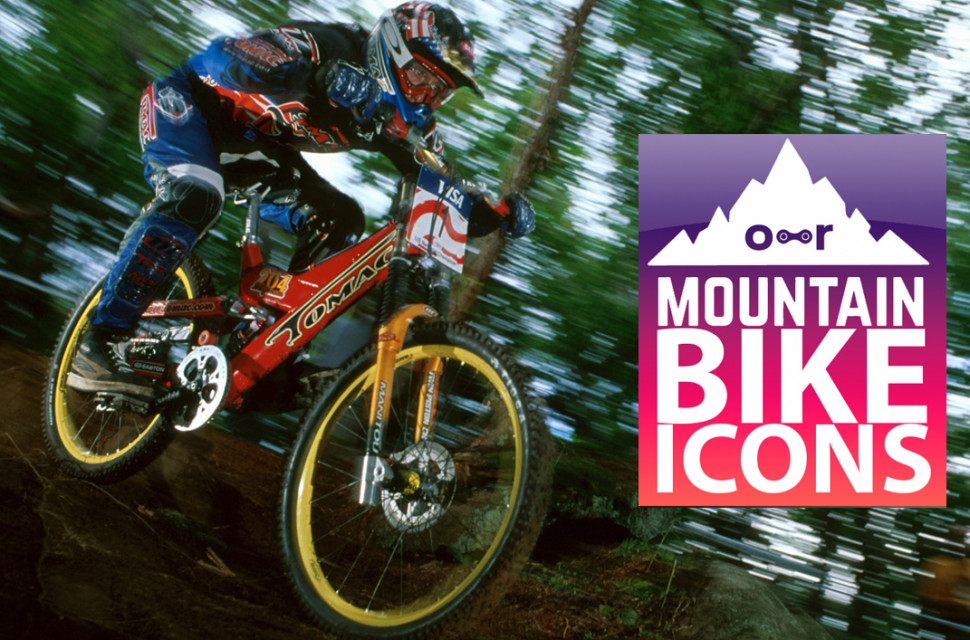 In mountain biking terms, there has never been another racer quite like John Tomac, and quite possibly there never will be. From humble beginnings, Johnny T started competing on two wheels aged just seven years old and soon rose to national prominence as a BMX racer before turning pro for Mongoose in 1985.

Despite enjoying some success at top-level road racing, mountain biking started growing in prominence in the mid-1980s and Johnny decided to give it a crack. The rest, as they say, is history - and that history was written by the man, the myth and the maestro himself. 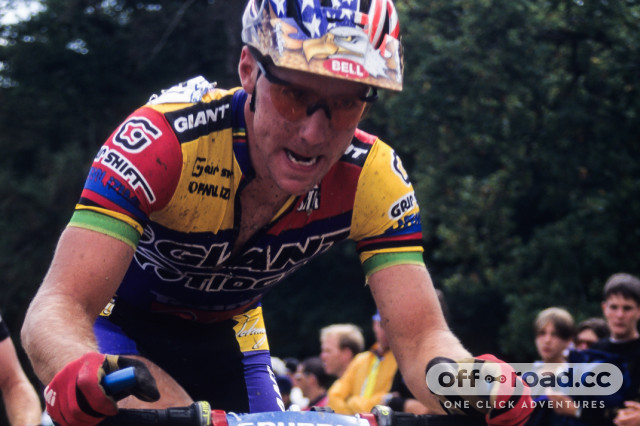 The road to dust

In 1986 Joihn left BMX behind and started racing mountain bikes seriously. By the end of the decade, he was a highly accomplished off-road racer, and his all-around ability on a bike also led him to road racing.

In the United States, cycling as a whole was still very much an emerging discipline. In Europe, however, road racing was highly traditional and a largely working-class-dominated sport, as John found out when he joined Team 7-11, the first American pro team to race the Tour de France.

“You can feel that in Europe when you went there in the late 80s/early 90s. You felt like this is a working man’s sport, which kind of fit with where I’d come from and that kind of industrial Mid-West USA origin. In America, it wasn’t like that - cycling was such an outlier at that point. It just wasn’t on the radar, so you couldn’t really categorise it.”

The old guard of cycling had not quite accepted mountain biking at that time (and maybe even since) and didn’t like the idea of top-level road riders mixing up their racing - but that was exactly what he did. “It was completely different to the mountain bike culture at that time. The original mountain bike culture was pretty hippie and free-living, free-spirit based. It evolved pretty quickly and got more serious.”

“Road cycling was always pretty regimental and strict. It was team orientated and very much a disciplined team action. I enjoyed that aspect of road cycling and so it didn’t necessarily bother me.”

The experience of being something of an outsider was nothing new to him, even during his earlier BMX-mountain-bike transition. “When I came into mountain biking I was pretty much an outlier. I was a hard-working grinding kind of a guy who wanted to win. Back in the mid-80s, it was more about the hippies going out and churning their cruisers. It was definitely different, but I didn’t have a problem with the transition.”

In recent years it’s become more “acceptable” to mix road and other disciplines at an elite level - at least for a small band of riders it has (such as Mathieu van der Poel and Tom Pidcock). Could we see more following the Tomac lead of old?

“I don’t know. I feel like you can cross-country race and probably road race on a pretty good level if you’re smart about how you do it.

During the early part of his off-road career, John famously raced everything on a dropped bar bike, which added somewhat to the Tomac enigma – although in truth he only did it so that he could attain the same position as on his road bike and he admits that it was a handicap on descents.

John was not only a star performer on the cross-country mountain biking circuit but he was also a downhill-racing demon - and is the only male rider to win World Championship titles in both disciplines, not to mention countless other wins and podiums in both (even on the same World Cup weekend, which is unimaginable in the current era).

During the latter part of his racing career, he switched focus fully to downhill racing. “I wanted to give that discipline a real 100% effort and to see what I could do with it.”

His last two major victories came in the 2004 and 2005 Mammoth Kamikaze, considered the unofficial Downhill World Championship in the pre-UCI era. At that time he also ran his own Tomac Racing team before coaching the likes of Aaron Gwinn and Loïc Bruni. 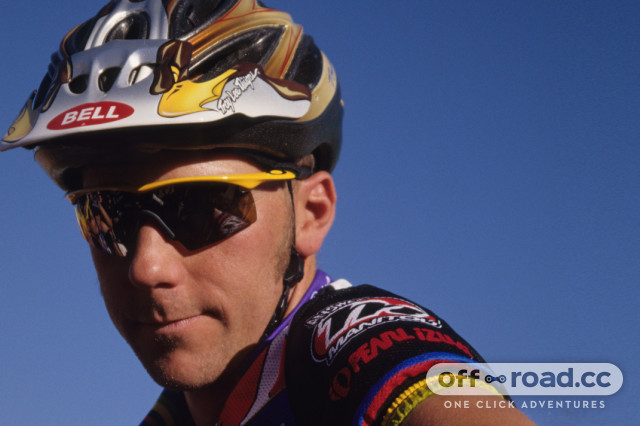 The new generation of Tomac

Despite being quite reserved in nature, John was a publicist’s dream thanks to a cocktail of good looks, a flamboyant nature on the bike and, of course, his unbelievable class and ability on the race track.

He was also very much an individual, a privateer who managed his own affairs, which is something that has stood him in good stead in the ‘afterlife,’. He now plays a big part in managing the career of his superstar moto-cross-racing son Eli, whose backers include Bell Helmets and Oakley, both longterm sponsors during John’s MTB career.

“I’m pretty hands-on. I handle his business and training management. And I help him on the track when he’s riding with the technical coaching.”

“It’s a pretty broad swipe in what I do with him. We’ve been doing it for a long time and probably we’re down to our last few years. I don’t know how involved I’m going to remain in the sport when he’s out. I still haven’t figured that out,” the 54-year-old told us.

During his career, John was often pictured and portrayed in adverts as a “High Plains Drifter” almost like a cowboy figure and, ironically, fate has delivered that.

He moved to the high plains and mountains of Durango, Colorado to train early on in his career and not long after he slipped south to Cortez where, in between managing the affairs of Eli, he runs a cattle ranch and small vineyard with his wife Kathy.

“There’s not a lot of variety here. We grow Merlot and we get a few different reds from other places in Western Colorado to do the wine blend she [Kathy] does. It’s a bit of a harsh climate but it works if you pick the right varieties.”

He also still rides a mountain bike on occasion, as does Eli.

Scattered among his trophies and medals, those from the 1991 World Championships in Italy stand out as the most important – because during that week in El Ciocco he won the cross-country title and he also finished second in the downhill race.

It’s those early pioneering days of the 1980s and the way he mixed it all up on his own terms that defined Johnny T - and which still give him the most personal satisfaction.