Skip to main content
Log In Register
From National Titles to World Cup podiums while holding down a full-time job, Barrie Clarke was the working-class hero of British mountain biking 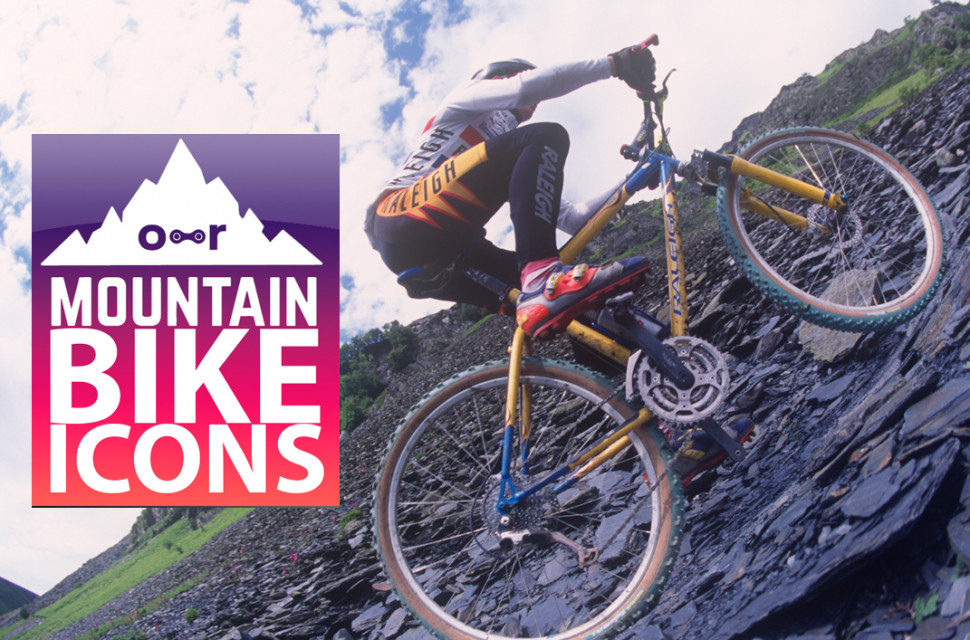 During the early-mid 1990s, British cross-country mountain bike racing was arguably at its pinnacle, with a fistful of young and pioneering home-brewed riders taking the fast-evolving and fresh sport by storm and, on any given World Cup weekend, at least one of them would be in contention for a podium slot.

While most of the Brit names of the era were of northern stock, Barrie was a rarity in that he was born and raised near Epsom in Surrey, and he discovered cycling much in the way that many other regular boys of the burbs did at that time. “I got into cycling because kids my age made bikes out of piles of junk and rode them off-road and had fun; that’s just what kids did then.”

Barrie was pretty handy at regular school sports, too. “I was pretty good at athletics and swimming so I had the potential for cycling.” The combination led him to dabble in cycling. “I was in the scouts and they had a county cyclo-cross race, which was run by the scouts but had people from the cycling scene involved, and there was also a local schoolboy cyclo-cross league near where I lived, which was once a month in the winters.”

Soon he found that he was outriding his scrapheap challenge bike. “I used to go and finish in the first half a dozen, on my old bike that was still made up from a pile of junk. I got a bit more serious and got better, and the local bike shop would help me out with a spare frame or wheels and stuff.”

One thing led to another and being the pre-mountain bike era that could only mean very skinny tyres. “My family wasn’t into cycling so it was all new. Cyclo-cross was my thing as a schoolboy and junior. I then did a bit of road racing as a junior – not a lot. I got better at it and got my first category licence quite quickly and had a couple of good seasons at it, although cyclo cross was still my main thing.”

There was little in the way of state support for athletes in that era, and Barrie duly toed the working line. “In the meantime, I started work for BT, and then, in 1989, I had a really good year and went to the Tour of Normandy on the road with the Sothern Division (regional) team and won the KOM.”

It seemed he was getting pretty good and racing uphill. “That year I was supposed to ride the Peace Race (Eastern Europe), but for some reason, I went to the Milk Race (Tour of Britain) and also won the KOM there.” 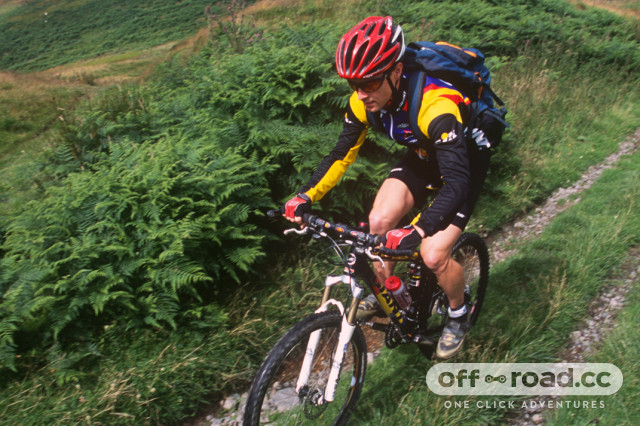 Although very few road riders took the all-new sport of mountain biking seriously it did grab the attention of Barrie. “Mountain biking was really taking off then and David (Baker), Tim Gould and others were doing well on the world scene. I knew them all from cyclo-cross and the national squad, so I thought I’d have a go at mountain biking.”

“I think my first mountain bike race was at Dalby Forest and then I came fourth in a national round, a few days after doing the Manx International road race, and after the Milk Race I was knackered. With working full time, too, I decided to look for something else, and then came the new Raleigh team and an offer. I was a bit apprehensive, but they said I could still go to work so I decided to give it a try.”

Training by commuting on heavy bikes in the dark, sleeping at lunchtime and then racing home to schedule his annual leave to race World Cups was how it played out as Barrie took on the best in the game. “I remember the first ever (official) World Cup in Elba, I think I came fourth while David (Baker) was fifth and Ned Overend won. It wasn’t that easy to get to Elba in the first place, and I was back at work on Tuesday. I remember waiting for the ferry and we almost collapsed on the floor. It was just how it was. We raced hard and gave it everything, and I enjoyed it. And going to the places we went – we raced on good morale.”

Does he think things would have been different if he’d packed in work earlier and focussed fully on racing bikes? “The thing was that before I packed in working I had some good results, but I couldn’t have them when I wanted; it was hit and miss. But I don’t think I would have trained anymore (as a full-timer).”

“To be honest I quite liked going to work, and there was a structure to it. You didn’t have any spare time - obviously, but I had a good job, I enjoyed my cycling and had a boss that was encouraging me with cycling. I was going to work, racing mountain bike World Cups, doing mid-week crits all over the country - so it wasn’t just mountain biking. It was proper full-on, and I don’t really know how I did it. At the time it didn’t seem that I would do anything any different - it was just a routine that I had. I probably didn’t do loads of training - most people didn’t really do any training until Wednesday or Thursday after a World Cup anyway.” 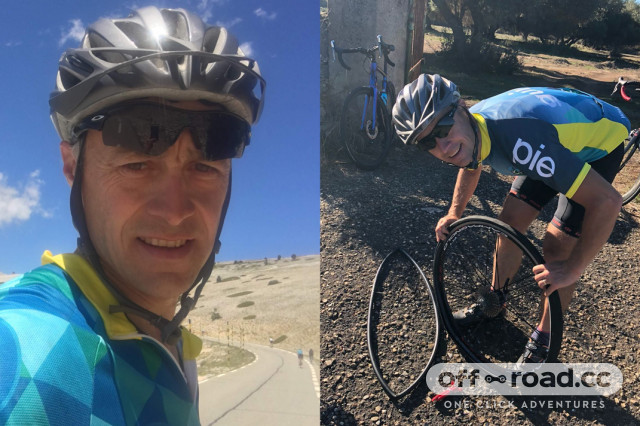 With two cyclo-cross and three national mountain bike titles, plus countless other wins to his name what meant the most to him?

“When I went to mountain biking, up until 1995 I was regularly top five in World Cups, and my best was third in Klosters, and I think it was John Tomac who won and Tim Gould was second, and Thomas Frischknecht was fourth. To have beaten him (Frischknecht) in Switzerland and to have the other two on the podium with me was probably my best moment.”

That said, earning his first flat-bar stripes still probably means the most. “My best result was winning the National Championship in 1995 because nobody thought I could get it right on the day and that was a big step forward for me.”

In addition to his XC national title trio and Tour of Spain MTB victory, Barrie also took several other medals in the British title bouts over the years including three victories in the MTB Hill Climb Championships during the 90s, an event sadly lost to time. He also once finished second in the downhill title race, won several NPS rounds and the overall series, won the Man vs Horse race, took a number of top six World Cup finishes and was 5th in the Mountainbike Tour de France in 1995.

It was in 1996 that mountain biking became an official Olympic sport and after missing out on that Barrie had his sights set on becoming an Olympian in the year 2000. Unfortunately, his dream was literally shattered in the Belgian mud – which stands as his biggest regret.

“Breaking my wrist in 2000, when I should have gone to the Olympics Games in Sydney. The Olympics has a tiny field, and they only sent 2-3 riders from each country, so hardly anyone gets to go. If you’re from a country that has a strong contingent of riders, which in the 1990s Britain did, it’s quite hard (to make the cut).”

“I’d set my mind on going because it seemed to be the thing to do. I did everything right and was doing really well, and then I broke my wrist in the Houffalize World Cup and missed going by one point.” 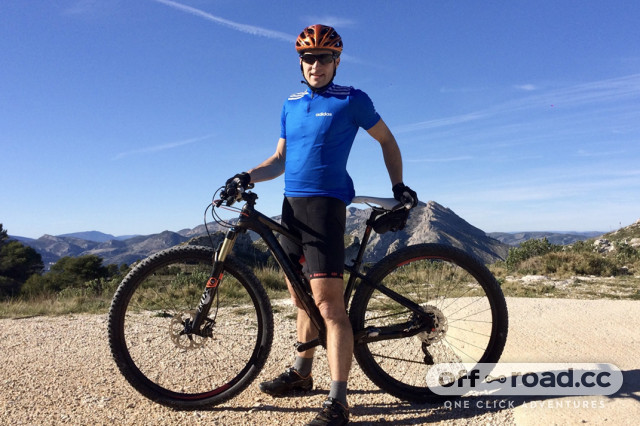 Calling time on his career

Why did he stop racing? “I’d raced cyclo-cross since I was 14, and raced summer and winter until my late 30s -so I think I’d done it long enough. I needed a hernia operation, and things had changed. There just wasn’t the same reward for the commitment you had to give. Sponsorship had dried up.”
Barrie moved north to the Lake District many years ago where he lives with his wife Sue (a former multiple British MTB Champ) and where he rewired his afterlife.

“I’m working as an electrician, and I do a bit of bike guiding for a company called Pie Events, about 5-6 times a year, mostly weeklong charity or corporate things, which I enjoy as it’s actually biking – which is not often the case when you stop racing.”

He may have stopped racing, but he still rides regularly. “I still enjoy riding my bike, we’ve just finished a 13-day bike tour around the Pyrenees, 25,000 metres of climbing and carrying panniers and camping gear, just because we like doing it.”

“Every year we do a big tour, and I’ve done a few mountain bike marathons in Spain (where they also have a small house), which is like mountain biking used to be; big loops of 80km or so – anything that takes my fancy and is low key. I still enjoy cycling and there are plenty of my era that don’t.”