Skip to main content
Log In Register
He was the first-ever official UCI Mountain Bike World Champion, and yet his story is so much longer and deeper, meet Ned Overend 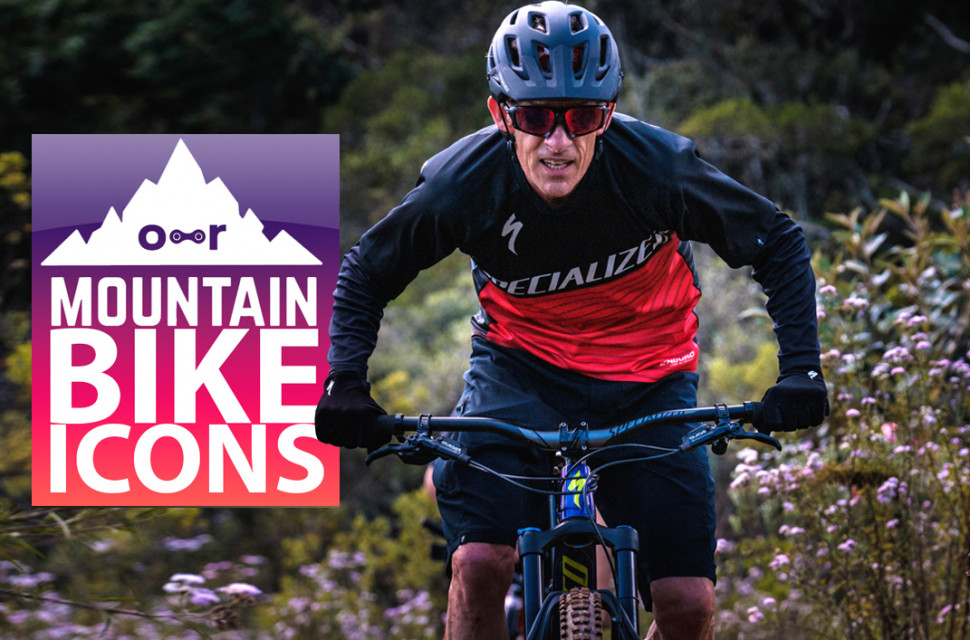 It’s hard to believe that a certain mountain bike icon of the early days turns 67 this month. His name is Ned Overend, and he was the very first “official” UCI Cross Country Mountain Bike World Champion. And what’s more, he’s still out there shaking it on the trails and roads of Durango in Colorado, his home town and venue to that first great chase for “legalised” rainbow bands.​

Ned’s father was a member of the US diplomatic corps, and Ned himself was born in Taiwan and spent his early years being schooled in Iran and then in Ethiopia, which had a huge bearing on how he sees the world. “For sure it shaped me. I have some memories of Tehran but I have a lot of memories from when I was in middle school in Ethiopia. It gives you an open mind about people and makes you more accepting of different ethnicities and places. We tend to be very opinionated in the west,” he concludes wisely.

Finding his niche and the mountain biking revolution

Originally, it was mountain running that Ned enjoyed and he moved to the Colorado Rockies and Durango to follow his passion. Although he had podium finishes in classic ultra trail races such as the Pikes Peak Marathon, Ned had a dislike for sketchy downhill runs and could see no real career possibilities on foot and so he tried cycling – more specifically road cycling - after watching the local Iron Horse Classic road race.

It turned out he was pretty good at it, too, and rode as a teammate to Giro d’Italia winner Andy Hampsten in USA’s biggest stage race – the Coors Classic. Even so, he was still working part-time jobs to make ends meet, including a stint as a mechanic in Ed Zink’s Durango Bike Shop, a setting he first encountered a mountain bike. “I was thinking I would get on a road race team and then mountain biking came around, and bikes started trickling into the shop. We carried Schwinn bikes, and we had the Schwinn King Sting with side pull brakes – a pretty basic mountain bike.”

This encounter was to determine the rest of Ned’s life. “They had some races starting up. I had raced motocross out of high school and was a pretty good climber on the road bike - I was also a mechanic and it was a perfect combination.”

Sure enough, Ned won the first five rounds of the SunTour series and earned himself a slot on the soon-to-be-launched Schwinn mountain bike team. This was the early 1980s and, although things were warming up in the financial department as the sport developed, Ned was still working throughout the off-season to get by, even as one of the best mountain bike racers in the sport. It would take another five years before he could fully live from his earnings as a mountain bike racer. 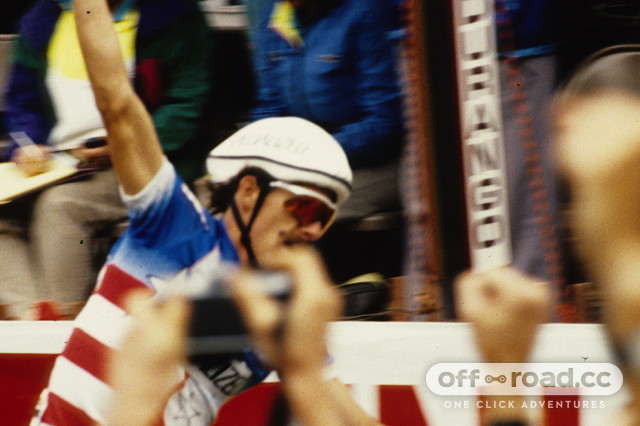 The pre-UCI era and continental divide

During that time the sport was very much dominated by American racers and brands, and the hotbed for high-end racing was the US, with the NORBA National series counterbalancing the growing World Cup scene when it came to importance.

With this continental divide also came two separate World Championships; the European and the American versions – and Ned ruled the roost on both sides of the pond. “I won three World Mountain Bike World Championships before the UCI sanctioned such events in 1990. Two were in Mammoth and one in Villard-de-Lans, France."

"At the time, those races were the most competitive on their respective continents but they didn’t have the prestige of one globally sanctioned event. Winning the first UCI Mountain Bike World Championship was huge for me and I only have to look down at the rainbow stripes on the sleeves of my jersey to be reminded of it.”

An all-round athlete: From mountain biking to XTerra World Champion

By the time that first UCI-sanctioned title bout came around Ned was 36 years old and regularly winning World Cup and NORBA races, and was an odds-on favourite for the title.

Was that 1990 win the career-crowning glory for Ned?

“Winning the first UCI-sanctioned Mountain Bike World Championships was important, and it still resonates with people today. But the thing that makes a result important to me is the quality of the field I am competing against. I won several World Cups in ’93 and ’94, in Europe and the US - and the fields had become bigger and more competitive than in 1990 when I won the Worlds.”

And, naturally, the Ned show didn’t stop when he shelved World Cup racing and retired. “Also, when I retired from World Cup racing and started racing X-Terra triathlons, it was a big challenge, especially the swim portion. I fully embraced trying to figure out how to be successful in the swim and run and, after three years racing X-Terras, I won the World Championships in Maui in both ’98 and ’99. Changing the course later in my endurance career and having success was really satisfying.” 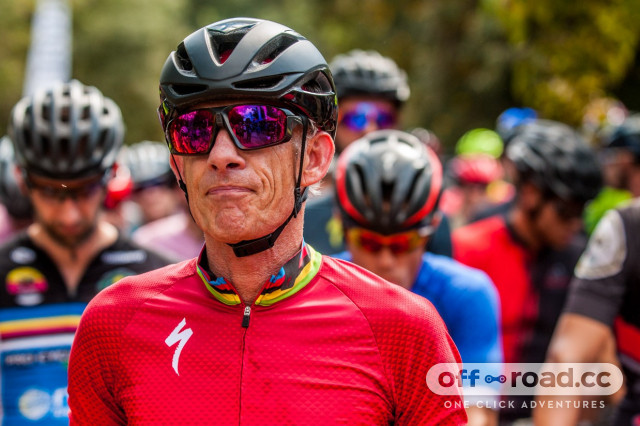 During the early 1990s riders such Ned, John Tomac and Tinker Juarez were among the few Americans still holding their own in the UCI Mountain Bike World Cup series, and they were still winning rounds. Sadly things started to go awry as the first Olympic title race back in 1996 was mooted - doping was well and truly infiltrating the sport.

There was a sudden and clear change in the power play of cross-country mountain bike racing, and Ned decided it was perhaps time to re-think his career choice, as did many of his fellow established racers.

“Part of what discouraged me was that there were definitely drugs coming into the scene; starting in 1995 it changed very quickly. I don’t think I even got in the top five then. I would not point the finger at anybody who wasn’t proven to be taking drugs after the fact. There were a lot of them; it’s not just speculation. It crept in from the road.”

“I don’t have many regrets but one that comes to mind is the 1995 National Championships series final in Helen, Georgia. I had a pretty good lead in the overall series, and so I only needed to finish top five to win my 7th National title."

"Winning that title would also give me a spot on the 1996 US Olympic team. I was close to the finish, in second place, with Tinker Juarez leading. I was using tape over the spoke holes in my rims and it was a wet race with lots of stream crossings. My rim tape lost its stick, came unravelled and I punctured. It was a costly puncture. The first place prize in the series was a new Jeep. I also had a big bonus from Specialized for the series and a bonus if I had made the Olympic team. I remember sitting in the rain after the race contemplating everything I had lost that day.” 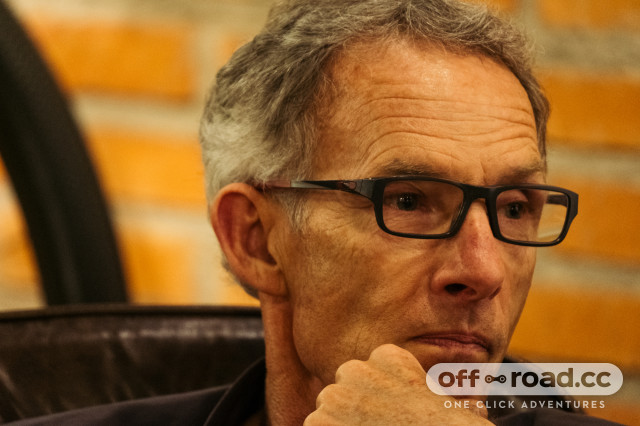 The legend of the lung

Since retiring and exiting top-flight racing, Ned has remained heavily involved with the sport and works for Specialized in product development and team management. As far as riding goes, he’s still out there handing it out in spade loads to world-class riders just a third of his age.

From the leader boards of Strava and high-altitude races of Colorado to the muddy winter fields of cyclo-cross (he was Masters World Champion by the way), gravel races in Brazil and winning the first-ever US Fat Bike Championships (not to mention dabbling in e-MTB racing), Ned is still very much a force to be reckoned with on a bike.

The legend of “the Lung” still breathes deep.

I remember watching a video (VHS in them days) of Ned climbing the "Kamikaze" Downhill Course at Mammoth Mountain and thinking "I could do that".  Never got close to Ned's level but he's still an inspiration on every climb alongside Jens "Shut Up Legs" Voigt.