Skip to main content
Log In Register
During the 1990s, Britain was at the top of their cross-country mountain bike racing game, and one of the biggest stars of that era was Gary Foord 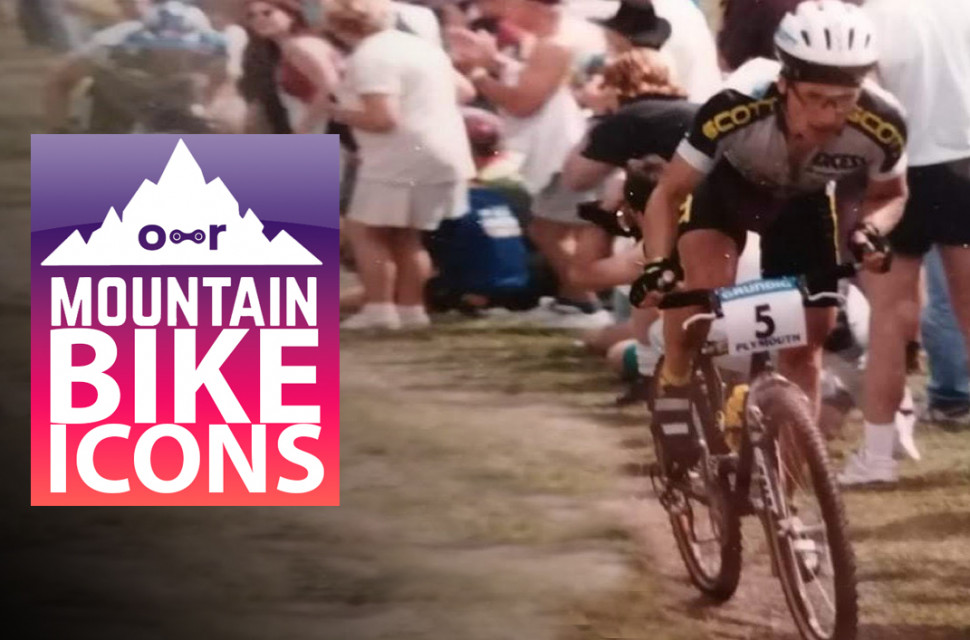 The early 1990s were a golden era for British cross-country mountain bike racing. Between garnering UCI status in 1990 and the first Olympic XCO title bout in Atlanta in 1996, there were a handful of Brits regularly flirting with UCI MTB World Cup and World Championship podiums including Penkridge-based Gary Foord. We caught up with Staffordshire shredder to talk about his career.

Gary was something of a reluctant starter when it came to cycling, and certainly had no visions of competitive greatness, as he tells us; “I got started after a family holiday to Como in Italy. I was about 10 and my dad decided he liked the idea of cycling. My brother was older and better than me initially, and I only agreed to have a bike if I never had to race - look what happened!”

As fate had it, this led to him discovering mountain biking. “ I imagined I'd have less time to train, and so got hold of a mountain bike. I did a few races and was reasonably okay in the first few. Then I started to get the hang of the effort and found myself near or at the front in domestic races.”

It didn’t take long for him to earn his first mountain bike sponsorship deal. “JP Savile at Kona then loaned me a bike and one jersey, with my future coach Dave Smith opening the door. I had next to nothing but was not called a 'pro'.”

With the British NPS scene heavily seasoned with the best riders in the world, Gary soon climbed the rungs of the sport. “I was with Kona UK first, and then Scott Sports International. My goal was to beat all of the Canadian Kona riders when I found myself at a race with them. That happened and not long I was offered a very good opportunity by Scott Sports International.”

By 1994, Gary was a regular contender on the UCI MTB World Cup circuit and scored what would be the biggest win of his career in the Mammoth round of the series in the same year. “Mammoth is something I will never forget. When I look back, I realise I could and should have won more big races but a huge part of what I was doing was just for the fun of it. I realised I had sponsorship responsibilities, but I loved the training, travel and regular strong results, so the ultimate ruthlessness of having to win wasn't totally at the front of my mind.”

His sponsors were happy with his steady approach. “Scott at the time was actually more interested in our riders being consistent and always featuring, as opposed to someone like Henrik Djernis who seemed to just perform once a year at the very top. Mammoth was a brilliant day, and I shared the podium with some legends of altitude racing, so that makes me very proud.”

Ironically it would take another 27 years for a male British racer to stand on a UCI MTB World Cup podium – Tom Pidcock, in 2021. 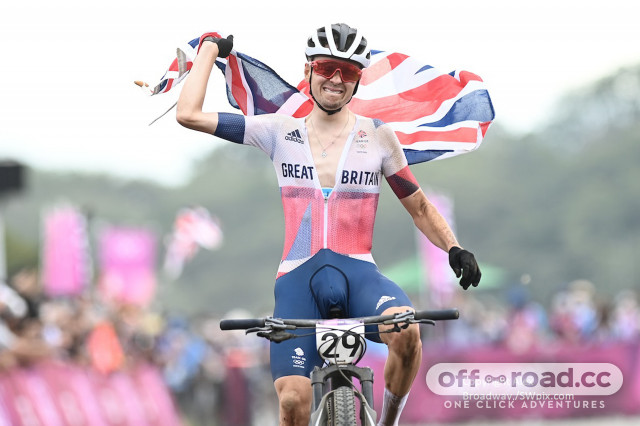 Outside of this, he had many other close calls that often get overlooked. “I had other good results at Mammoth, and also got very close to winning the European Championships that year but Mammoth obviously stands out.”

Helping him along his way to that win was Britain’s original XC ace, and also his arch-rival Tim Gould. “Tim was someone I looked up to and he helped me a lot during our build-up to the race, and so I have good thoughts about the place. The team I was with and people like Tim who taught me how to race at altitude.”

1. Letting David Baker lead out the sprint to win the National Championships at Malvern
Gary had dropped him earlier and was totally in control, and then reverted to being a roadie and felt he'd have the advantage if he led the sprint. Gary came around him but lost out by a fraction.

2. Finishing in silver place at the 1994 European Championships
Gary had led over the final climb in Metabief when Albert Iten from Switzerland came down the final descent like he was being chased by the bogeyman. Gary finished 12 seconds behind him.

3. 1994 Plymouth MTB World Cup
Gary was at the front most of the race and then snapped his chain on the last lap after jamming it in the frame through the bell. He was with Ned Overend and David Baker at the time and looked in fine fettle. He caught them both and rode straight past them. Then, with 2km remaining and in the lead well up the road, his chain snapped. 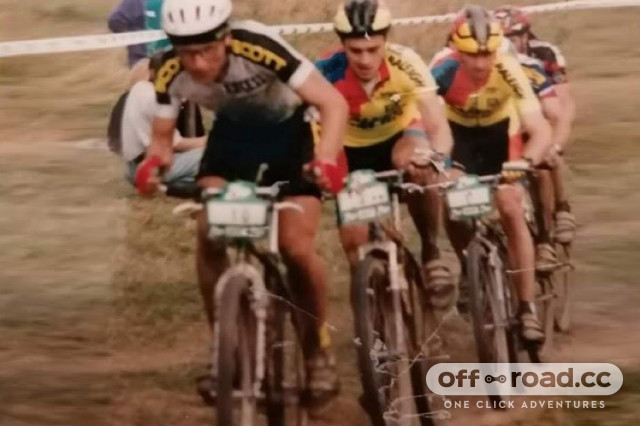 European dominance and the pace race

The flavour and integrity of mountain biking came under scrutiny during the mid-90s, as the sport came under the dominance of mainland European riders, including Jerome Chiotti, who later relinquished his world title under the admission of doping.

Gary suddenly found himself eating dust and felt it was time to take early retirement. “I couldn't go fast enough anymore. The speed went up, and mine didn't. My guess is that some riders might not have had the best intentions.”

Things really hit home when, as part of Britain’s two-man team, he finished 12th at the Atlanta Olympic Games. “A few weeks before the Olympics in 1996 I had finished top five in a UCI MTB World Cup race and was in great shape. I finished over 10-minutes down in the Olympic race and I then travelled back to the UK having drunk a lot of beer and eaten everything I wanted, put my bike together the night before a National Series race in Petersfield (I think), having not ridden for a week, and won by six minutes. I didn't really have to try that hard.”

That's when the decision was made and the following year he pulled the brakes. “When I reflected on experiences like that, and considering by this period of my career I was fairly used to being competitive, I felt it was time to move on - I possibly regret that a little now.” 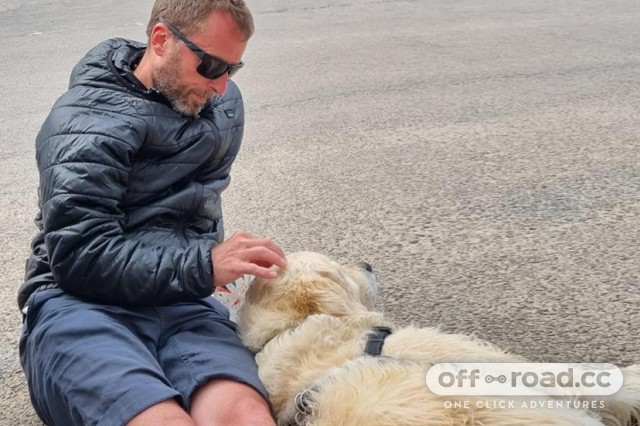 Soon after his retirement, Gary moved into coaching, and his students included the likes of Liam Killeen. From there he also became team director for the Specialized MTB team. A few years later and he was on the trails of his doorstep  - Cannock Chase. “I've stayed involved in the sport and my business is actually called Mammoth Lifestyle & Fitness Ltd. I'm having a Mammoth lifestyle!”

At that time his concept was a little ahead of the traditional cycling game. “I opened a bike store in 2002. I always wanted a lifestyle atmosphere; TV playing cool races, a coffee machine, a bit of coaching and eventually bike fit. It feels like we were pioneers, as most good bike stores have those features now. We are still at it, but close at 4 pm so that everyone can ride before dinner - how cool is that?”

At 51 years old, Gary still pounds the local roads and trails, before settling down for a regular working day. “I ride short and sharp 3-5 times a week and love it. It’s mostly as a means of getting to work, although I live nearby, and so I ride in a loop. I get suited up, walk towards my garage and then decide which style of bike to ride as I see them all hanging up. It was road this morning, but who knows tomorrow?”