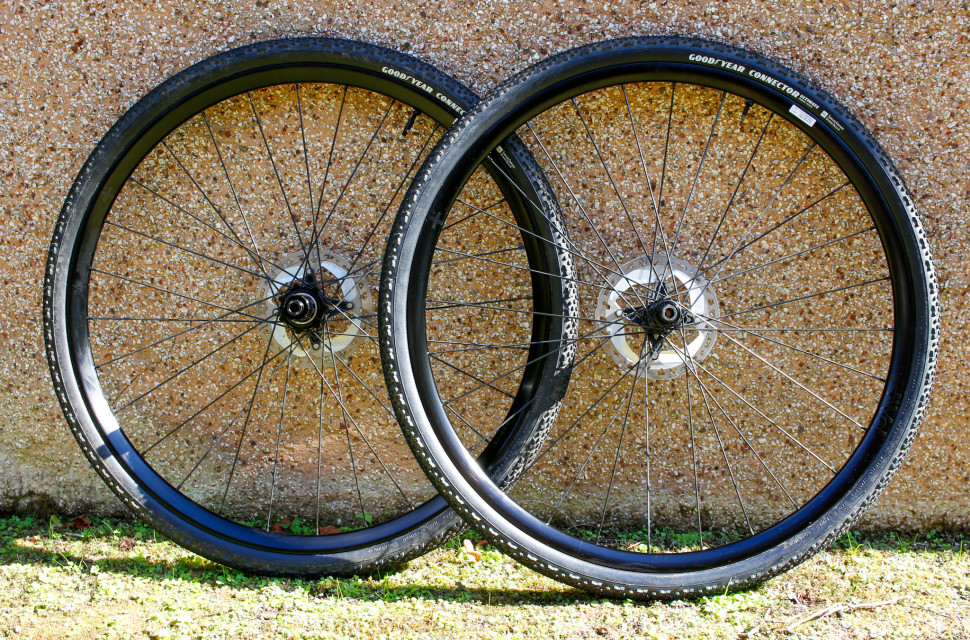 The Vel 23 GRL Alloy Gravel Disc wheelset is a great beginner, and budget-friendly set of hoops with impressive engagement and durability, offering a good value upgrade. The noisy freehub might divide opinions but that doesn't mean these wheels aren't a worthy consideration in the competitive best gravel wheels segment.

Vel 23 GRL Alloy Gravel Disc Wheelset is marketed as an upgrade designed for the rigours of gravel riding and racing.

The anodised alloy rims have 28mm external and 23mm internal width, allowing for 47mm wide tyres. The wheels are tubeless-ready and come with tubeless tape installed and two tubeless valves. 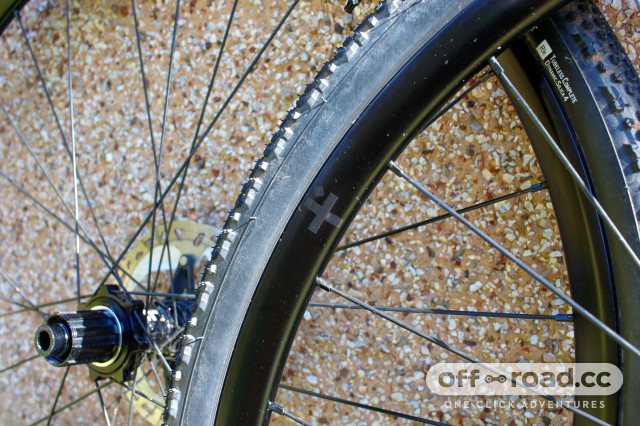 The hubs are Vel’s own Rapid Engagement (RE) hubs with sealed bearings, an impressive 102 tooth engagement and six pawls. The hubs take centre lock discs and the axle width is 100mm at the front, and 142mm at the rear. They’re compatible with Shimano and SRAM freehubs, including XDR and Microspline. The hubs are laced onto the rims with 28 Pillar Wing PSR23 straight pull spokes and brass nipples at the front and rear. For hassle-free replacement, the wheelset comes with two spare spokes and nipples.

Vel says the wheelset weighs in at 1,800 grams (840g front, 960g rear) and the load limit is 120kg. They're exclusively available through Sigma Sports. 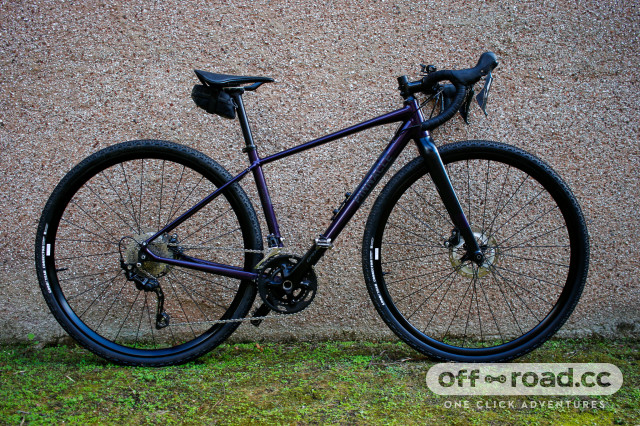 The Vel 23 GRL’s were a slight upgrade to the wheels I was riding on my gravel bike, but not too much so that I wasn’t comparing apples to oranges. At first impression, the wheels have a nice subtle look to them, with Vel's logo barely visible on the rim and more pronounced on the hubs.

Setting up these wheels was a breeze - I seated the 40mm Goodyear Connector tyres effortlessly with a track pump, put on the centre lock discs and I was ready to go. Vel says the wheels can take up to 47mm rubber, and based on the tyres I had on, this seems reasonable. 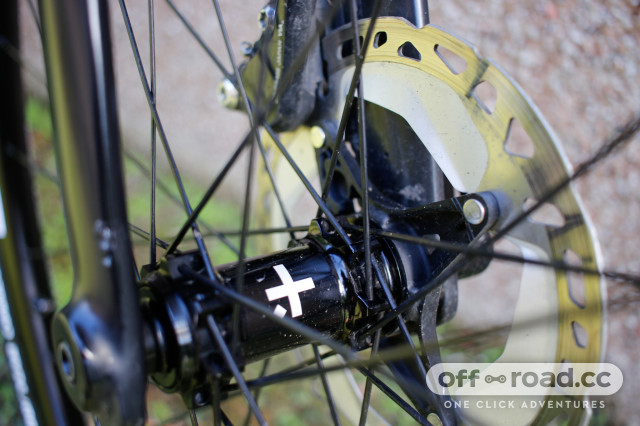 The wheels were true out of the box and remained so through the testing period despite impacts with some roots and rocks.

The biggest positive and noticeable feature of these wheels is the freehub. Firstly, it's loud. It sounds a lot like a bunch of angry bees, making it a rather anti-social hub because holding a conversation while freewheeling would be a shouting match. I personally don’t mind its sound, especially on forest trails that I share with walkers and dogs, the louder hubs offer a warning to others. Also, the freehub had very little grease on it so if the buzz is an issue, I'm sure it would tune down with a little more grease.

In addition to the sound, the freehub impressed me from the first pedal stroke. The 102 tooth hub was very rapid in engagement, making hill-climbing off the saddle and pedalling through more technical terrain a lot easier. 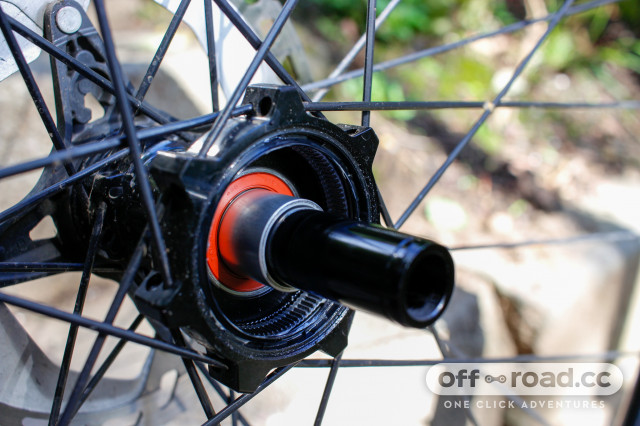 The six pawls and 102 teeth sound a bit overkill - and perhaps they are for most gravel riders, but if you love singletracks, you're bound to love the instant engagement. The number of teeth means they are rather small, and perhaps wear out quicker, but I had no issues with the hub throughout the testing period, and Vel has clearly considered this by adding 6 pawls to strengthen the system.

Vel suggests servicing after 100 hours of riding or six months of use. I didn't quite get to that ride time in the testing period. Still, everything seemed to be running smoothly after weeks of riding with a load on the bike, without load, up hills and down rocky descents in wet conditions. 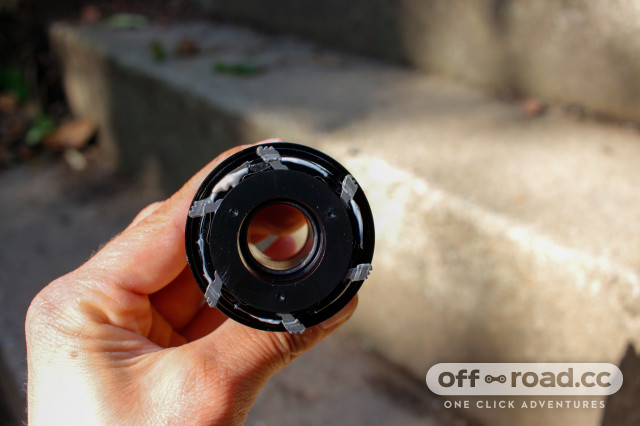 The wheels have a weight limit of 120kg which is a lot and considering they come with 28 spokes, going over probably isn’t advised for off-road riding on any wheelset.

There is nothing to fault in the performance of these wheels; they roll well, they’re easy to set up, have rapid engagement, and are easily serviceable with the freehub coming off with a pull. They also hit a pretty sweet spot in terms of pricing, although they’re not alone in the sub £400 alloy wheelset category. Regardless, at £399, these wheels are very good value for money if you're not looking for lightweight wheels.

The Vel 23 GRL Alloy Gravel Disc wheelset weighs 1,800g - making them over a hundred grams heavier than for example, Ere Research Tenaci GR20 wheels which cost the same but weigh 1,685g, Scribe Gravel Wide++ Disc wheelset for £380 (up from £330 when reviewed) weighing 1815g in our test. Similarly, the Hunt 4 Season Gravel Disc X-Wide Wheelset that Stu reviewed on our sister website weighed 1,765g and cost only £299. But none of these wheels has the same engagement level as the Vel 23 GRL.

I think the high engagement will make a bigger difference to the ride feel than a 100g weight saving. You cannot compare the Vel 23 GRL Alloy Gravel Disc wheelset performance to carbon wheels, but for the first upgrade for your stock wheels, these offer excellent value.

Vel says: "Tough and reliable, Vel’s 23 GRL Alloy Gravel Disc Wheelset is a smart-looking upgrade designed for the rigours of gravel riding and racing. The black anodised alloy rim has an external width of 28mm in order to provide support for tyres up to 47c wide, helping the sidewalls when cornering or hitting bumps on the trail. As it is tubeless-ready and supplied ready taped, it is easy to enjoy the benefits of tubeless running, with lower pressures meaning more grip and comfort along with fewer punctures. Sealed bearings keep the Vel RE hubs running smoothly with minimum maintenance and the freehub has a 102 tooth engagement ring for a near-instant drive; handy for accelerating out of corners and picking the front end up on technical climbs. Brass nipples and high-quality Pillar Wing spokes offer a compliant and efficient ride, with easier truing and replacement, and appropriate spare spokes and nipples are provided."

At 1,800g, these are not the lightest wheels, but they are an entry-level upgrade set and on par with similarly priced competitors.

Great value for the spec, serviceability and rapid hub engagement. However, there are other wheels with similar price and spec - but without as many teeth.

Great budget-friendly wheelset that will upgrade your bike - perhaps not in terms of weight, but in terms of ride feel and quality.