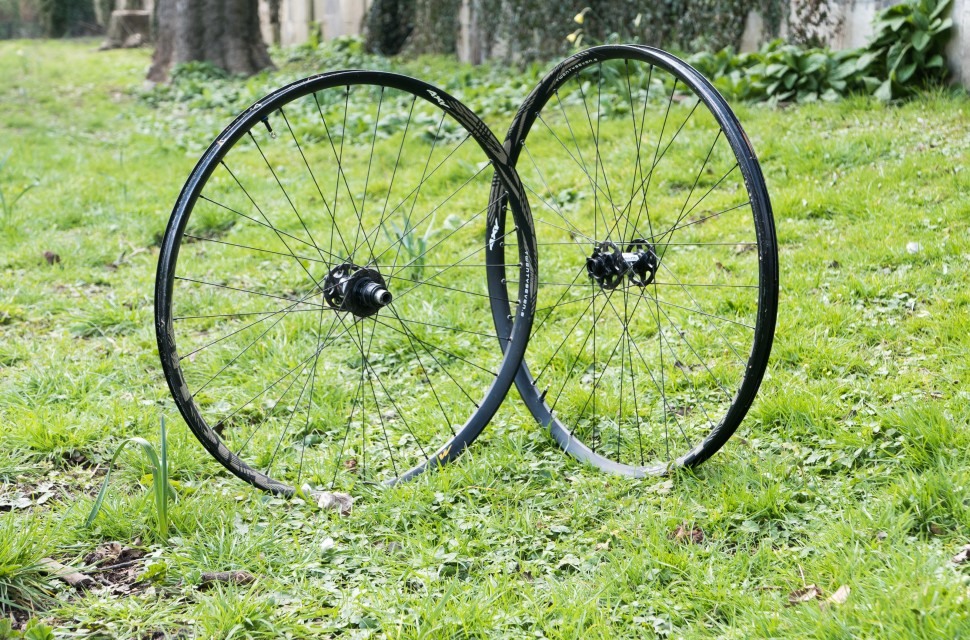 Miche might not be the first name you'd think of when it comes to mountain bike wheels, but the 977 AXY wheelset is a well featured and durable wheelset at a very respectable price and weight. It's available in both 27.5" and 29" sizes too.

The wheelset is designed as a do-it-all trail wheelset, with Miche saying that everything from cross-country up to trail use is within its remit. I bolted the 27.5" version onto a trail hardtail and the wheels have come out of a solid test period running smooth and true, despite a rough life.

At 1,642g for the pair (736g 15mm front, 906g 142x12mm rear with XD driver) they're a pretty respectable weight for the asking price, though a smidgen over what Miche claim. The rims have an internal width of 25mm from an overall width of 29mm with an asymmetrical profile and low 20mm height. That's a usable width for tyres up to around 2.4", which is about right for what they're aimed at.

Interestingly enough, while the 977 AXY comes in Boost or non-Boost spacing in 29", the 977 AXY 27.5" wheelset with Boost spacing uses a completely different rim that's 30mm wide thanks to a hookless bead rim and would be much better suited to broader tyres. 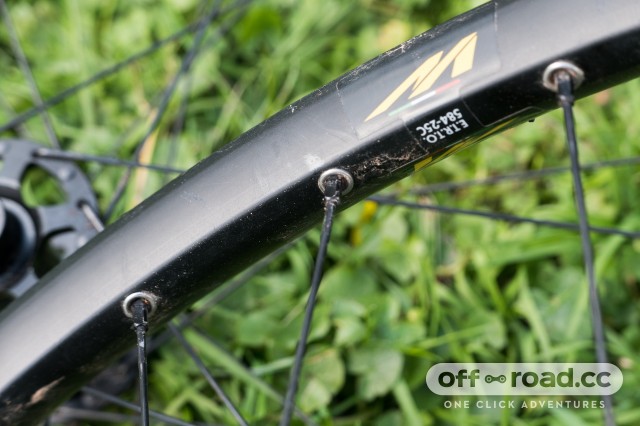 Either way, it's really good to see steel eyelets that'll help prevent rim failure from cracking or pulling through around the eyelets. It also makes it easier to get an evenly tensioned build, which makes for a wheel that'll stay true for longer. There are 32 spokes per wheel, laced two-cross with quality Sapim spokes and aluminium nipples. 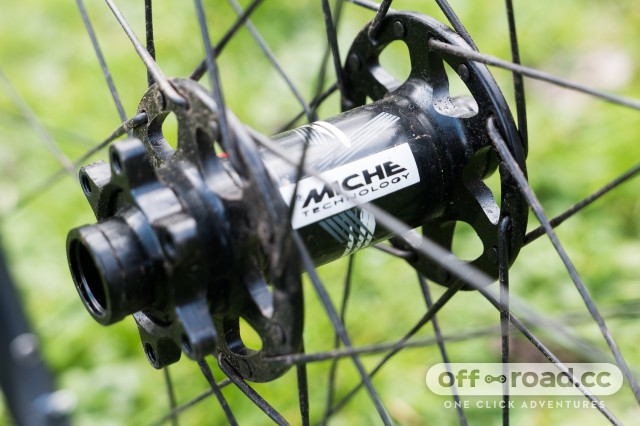 The hubs are Miche's own, rolling on cartridge bearings with adjustable preload, which is a nice touch. They're six-bolt disc only with no Centrelock option, though this won't be an issue for most people. The axles are interchangeable so it's possible to move from through axle to quick release and it's a simple enough job to switch out the freehub body too.

The freehub itself doesn't have the fastest engagement at 12º between teeth - a Hope Pro II Evo is 9º for example - but it wasn't hugely noticeable when out riding, apart from when making small crank inputs on technical terrain in a low gear. There certainly weren't any issues with slip and it's reasonably quiet too, if you don't appreciate a noisy freehub. 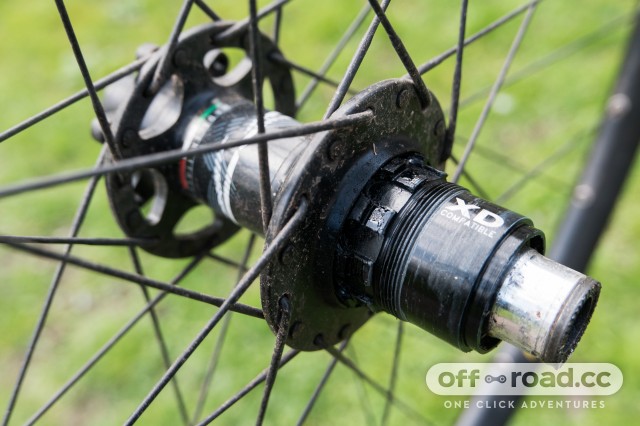 The rims don't come tubeless ready - there's a rim strip kit available separately from Miche - but I set them up with some tape and valves I had around, which worked well enough. 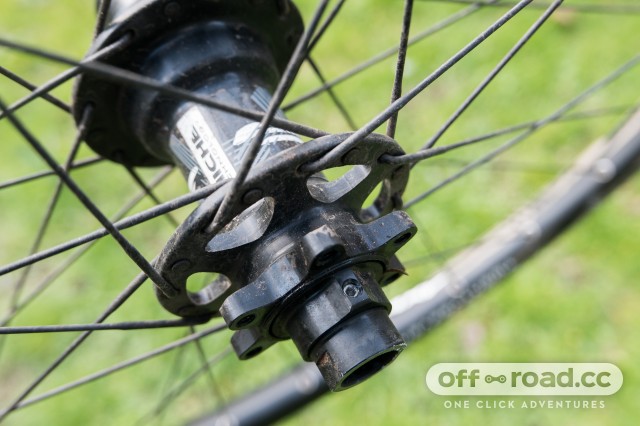 Overall, the 977 AXY is a quality wheelset with some great features that delivers reliable performance at a respectable weight and price. More aggressive riders might want to look at the wider 977 AXY Boost wheelset for running fatter rubber but as an all-around trail wheelset, it hits the mark. 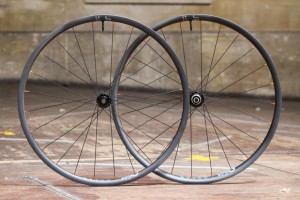 The 977 wheelset uses the most technical equipment available to make it perfect for even the most demanding trails and enduro courses.The increased rim profile is asymmetrical, to ensure perfect force distribution that is applied to the wheels. The larger rim profile is also ideal for wider tyres. The materials used on the wheelset, such as the stainless steel spokes and the ergal nipples, guarantee a low weight but an exceptionally high strength.

Bit sluggish at 12degreees but not that bad