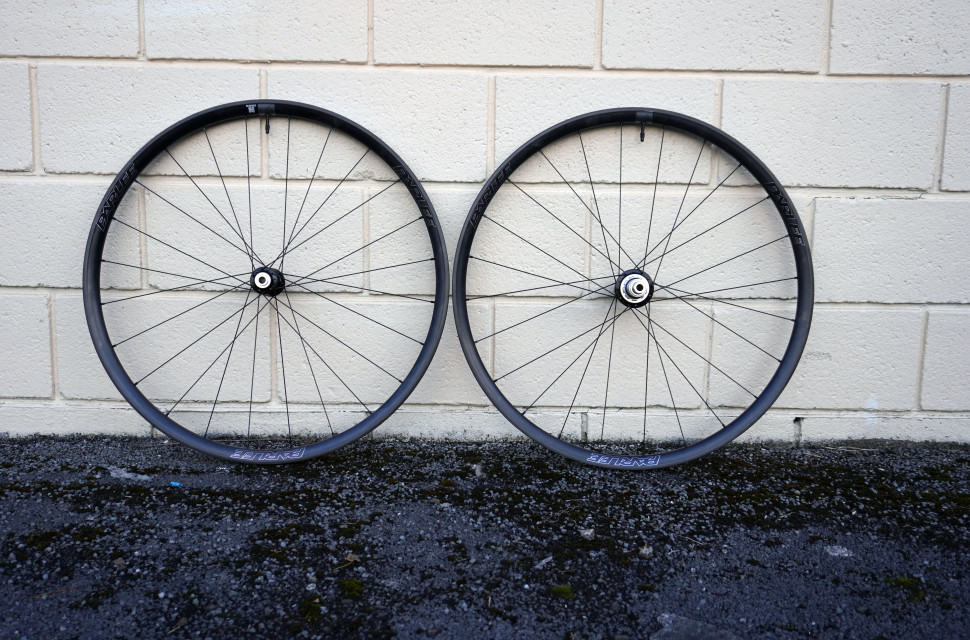 Matt Page
|
Dec 5 2022
|
Overall
Quality
Performance
Value
What's good?
What's not?
Buy if...
you have a good budget and want some of the best wheels available

Parlee is an American bike manufacturer known for high-end custom carbon frames, supplying a full range of road, triathlon/TT and gravel framesets. The company has just released the Sky Ridge Carbon gravel wheelset, with some bold claims. But can the performance justify the high price tag, especially considering some of the cheaper options in the best gravel wheelsets space?

Parlee might be a new brand to some, having specialised in creating custom carbon fibre bikes, and often pushing boundaries such as creating some of the lightest road bike frames available. The Sky Ridge wheelset is the first wheelset the brand has created to date, and just like some of their custom-painted frames, the wheelset stands out.

The hookless, tubeless compatible carbon rims are a collaboration with a US composite company, and they have several features that set them apart from other options in the segment. The construction, called FusionFiber, is said to improve damping while maintaining strength and the ability to make them lighter, a combination that differs from the more typical – stronger, lighter, stiffer trope. The recent Zipp 101 XPLR wheelset claims improved comfort, but they are heavier than the average wheelset. One element that makes the Parlee wheelset stand out against others is the fact they are recyclable. This is possible as the wheelset does not use any resins or epoxies. 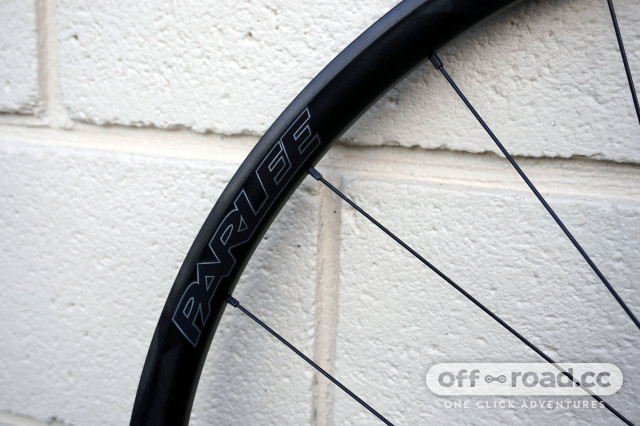 The 'built in the US' tag continues to the hubs, built with Industry Nine Torch Classic hubs and finished with Sapim D-Light double-butted spokes. Claimed weight for the wheelset is 1,490g, and the measured weight, including valves and rim tape, was 1,520g (690g front, 820g rear). While this is quite light, it isn’t groundbreaking. They are lighter than other high-end wheels including FFWD Drift gravel wheels at 1,580g, and a big chunk lighter than the Zipp 101 XPLR we tested recently that weighed 1,710g. Parlee has said the rim alone is 400g, which is 70g more than the WTB CZR or ENVE G23 rims.

There are some nice touches, including the Parlee logos, which are reflective, and the finish of the rim looks brilliant, with a unidirectional weave visible – although it is quite tough to show in a photo. 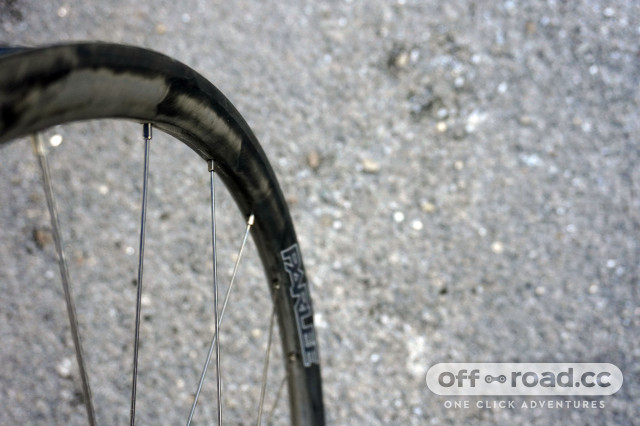 I have used the wheels on a wide variety of terrain, including some tracks with rougher and more technical gravel descents and several big all-day loops. The wheels feel stiff, and precise with little sideways flex when either climbing or pushing hard through the corners. Compared to the very lightweight e*thirteen XCX Race Gravel wheels (1,280g) they replaced there is a considerable improvement.

The Sky Ridge rims have a 23mm internal diameter, which is a common size, but the trend is starting to see even wider rims. Parlee suggests they will suit tyre sizes 32mm to 47mm, and through testing, I used a pair of WTB Vulpine 700x36c tyres, and they measured up at their expected width. They were also really easy to install and inflate using a standard track pump.

Parlee states the Sky Ridge wheelset has a carbon structure that improves comfort but this is something that would be incredibly difficult to accurately test for a gravel wheelset. They certainly don’t feel rough, and there are no vibrations coming through, but you’ll likely make a bigger difference to comfort by dropping the tyres by a few psi or choosing to run something wider. 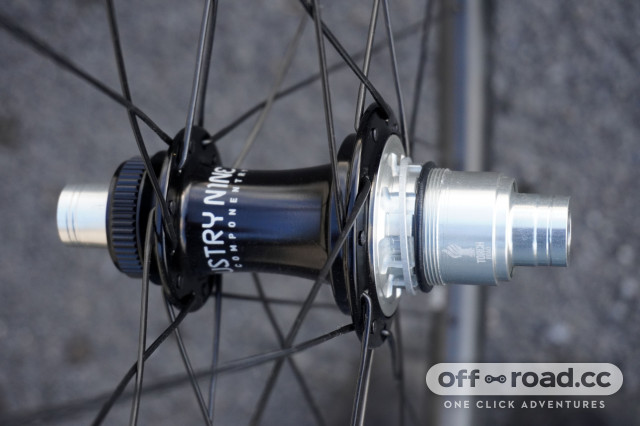 The Industry Nine Torch hubs are a real highlight, with instant pickup from the six-pawl design, which gives 120 points of engagement. Freehub noise can be personal, but I think they are simply the best I have ever heard. The sound is a buzz, or you could even describe it as a purr and in terms of volume, you can hear them but it’s not overpowering as some hubs can be.

The wheelset is priced at £1999, which is beyond most budgets and more than most other carbon gravel wheelsets. One that is more expensive, priced at £3100 is the ENVE G23, which has a similar specification, is available with the same Industry Nine hubs and also carries the "built and assembled in the USA" tag. Beyond the G23 you move into truly exotic wheels such as the Lightweight Pfadfinder Evo, an eye-watering £4200, with only 40mm max tyre width! For many components and certainly for wheels, there is a case of diminishing returns and the performance of the Sky Ridge wheelset may only be small over wheelsets such as the sub £1,000 VEL 30 or Scribe Carbon Wide++.

For riders who may have the budget for a top-end wheelset, the Parlee Sky Ridge won’t disappoint with incredible precision, great looks and a recyclable element that may swing things for some.

Parlee says: The perfect wheel for today’s gravel rides. Through our years of gravel experience, the Parlee team has worked to develop a carbon wheelset for the challenges that gravel riding brings. Gravel rides blend gravel roads with paved roads, with doubletrack dirt and singletrack thrown in for fun. These unpredictable conditions demand a versatile wheel that is more durable than standard carbon with additional comfort built-in. The Parlee Sky Ridge wheelset is made for gravel bikes, endurance road bikes, and adventure touring bikes. The Sky Ridge wheels are optimized for modern, high-volume, low-pressure 32mm-47mm tubeless tires. The shallow rim profile aids with comfort and stability on windy days and the US-made Industry Nine Torch hubs keep you rolling smoothly. The Parlee Sky Ridge wheelset is tough enough for a mountain bike ride, yet light and comfortable enough to feel at home on a road ride. We have set a new industry standard with the Sky Ridge carbon wheelset!

Faultless. Spoke tension was perfect, and I didn't notice a single issue.

They feel fantastic, and the Industry Nine hubs are a brilliant choice.

No problems noticed at all.

Not a heavyweight, but there are lighter options.

It would be very difficult to fully test the claims Parlee make, but they certainly don’t feel harsh.

It is difficult to justify the price, but the performance matches the ENVE G23, that are priced even higher.

The Industry Nine hubs were a highlight, but the rims and wheelset performed really well and the tyres installed and inflated easily. They also look fantastic, which is very important - especially at this price!

Yes. There is little to fault, with great all-round performance and brilliant hubs

If money was no object, they would be top of the list

If you have the budget, absolutely.

For riders who may have the budget for a top-end wheelset, the Parlee Sky Ridge won’t disappoint with incredible precision, great looks and a recyclable element that may swing things for some.