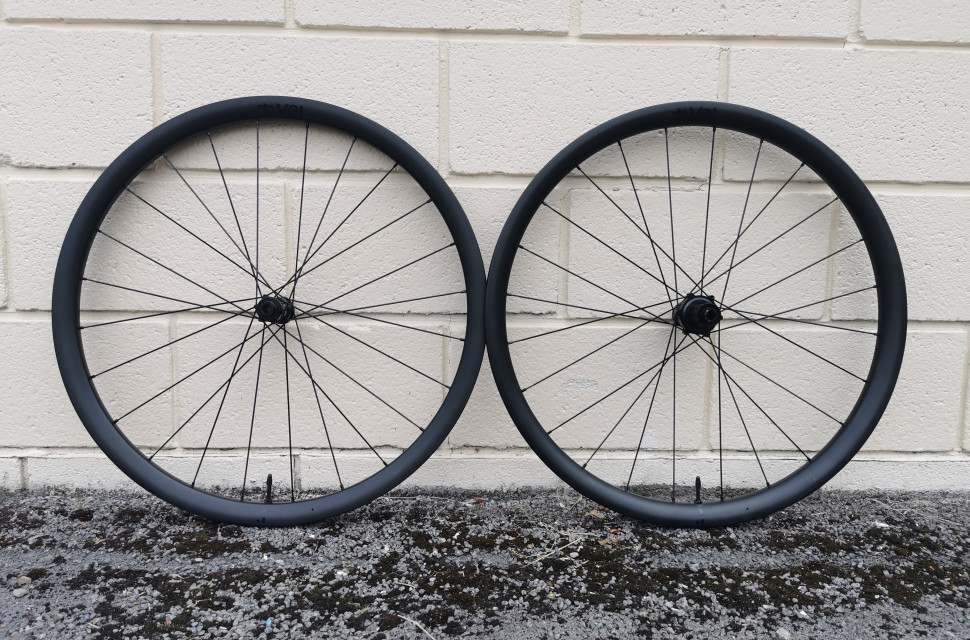 While carbon wheels continue to come down in price, the VEL 30 GRL does so while maintaining superb hub performance. Stiff, wide rims matched with rapid hub engagement, and a handful of great but small touches make for a great all-around wheelset.

The wheelset on test is the VEL 30 GRL, which feature carbon rims with 650b wheel diameter and are currently the only gravel (GRL) specific rims produced by VEL. There are road disc wheelsets, but these all use rims with a narrower internal measurement. Two versions of the build are available with the GRSL, which are lighter versions with different spokes and hubs; both feature the same carbon rim with 24.5mm internal rim measurement. The rims are tubeless ready with rim tape provided and fitted as standard, and valves also supplied. 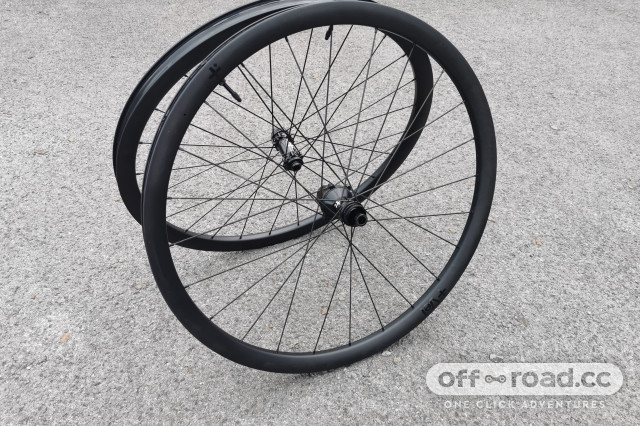 The VEL GRL are built with Pillar Wing spokes with 24 front and rear, laced with 2x pattern and brass spoke nipples used. The hubs are VEL branded Rapid Engagement hubs, which feature a 6-pawl, 120 tooth engagement and centre-lock disc fitting. 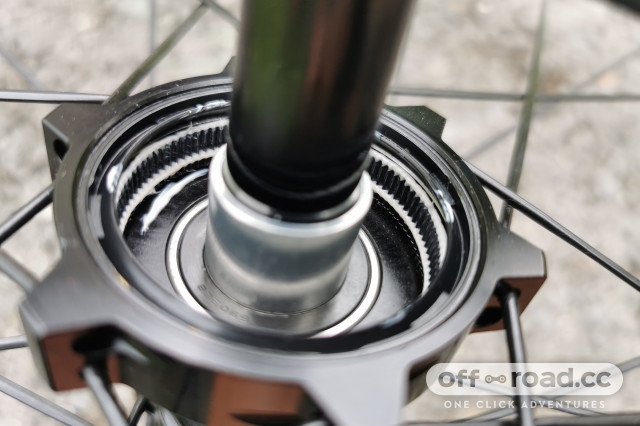 The wheelset has a maximum recommended tyre size of 27.5" x 2.25" and maximum recommended pressure of 50psi. A maximum system weight (rider + kit when riding) of 120kg is higher than many others on the market. Claimed weight for the wheelset is 730g front, and 880g rear (total 1,610g), with our test wheels, weigh very close to the claimed weights at 750g front, 900g rear, totalling 1,650g for the pair with the difference likely being the claimed weight without tubeless tape fitted.

The wheelset was fitted with the Halo GXC 47mm tyres, and the tyre was installed with no fuss, with pre-installed rim tape being a plus and also likely helped by the rim profile, which is reasonably wide internally at 24.5mm but features a wide internal channel that makes seating the tyre incredibly easy and I was able to install the tyres without needing tyre levers and inflated them tubeless with just a standard floor pump. 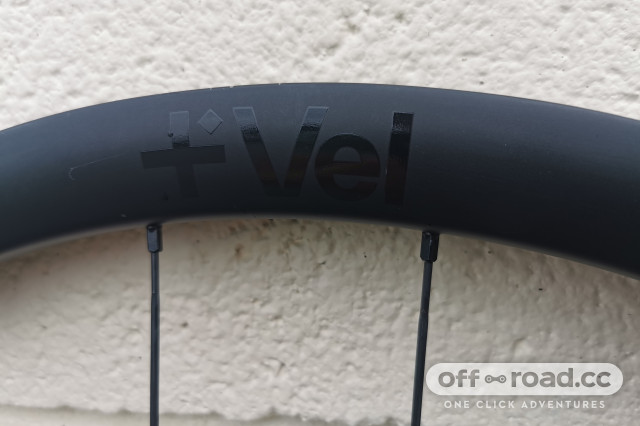 One really nice touch on the VEL GRL wheels is the profile of the rim and, in particular, around the valve hole with a flat profile, which may be designed for strength but also makes securing the valve lock-ring much easier than the majority of other carbon rims. The profile is not common and only seen on a handful of other brands of wheels, yet it makes complete sense and allows a much more secure fitting, without the need for different shaped spacers or valves at odd angles as can happen with some asymmetrical rim designs, which these are. 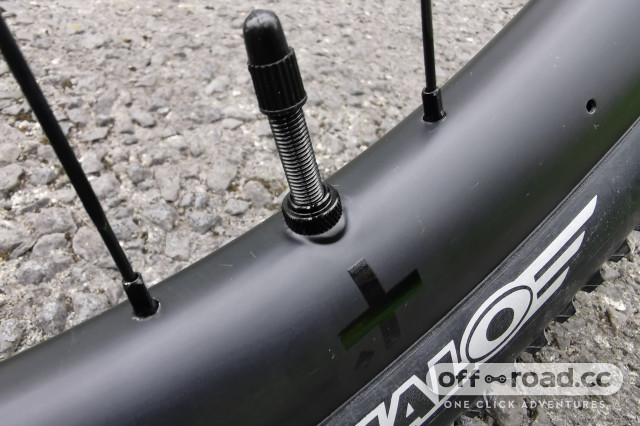 With the tyres fitted and riding started, the hub design and the pickup of the rear hub were immediately noticeable. The 120 point engagement is rapid, featuring a 6-pawl setup and a very fine ratchet ring inside. It handled all the riding, with heavy loads and accelerations, with no issues to report. When riding off-road, especially on technical uphill climbs, the quick engagement makes a real difference, reducing the amount of lag for sections where pedalling is on/off tackling tricky sections. While the hub and freewheel are not as loud as some other brands and wheelsets, the noise is something that stands out as being different with the high ratchet points resulting in a noise that sounds a little like a hive of bees. The amount of grease within the hub was quite low, so if the noise was something that might put you off, adding a small amount of extra grease may make it a little quieter, but for me personally, it was not obtrusive while riding. 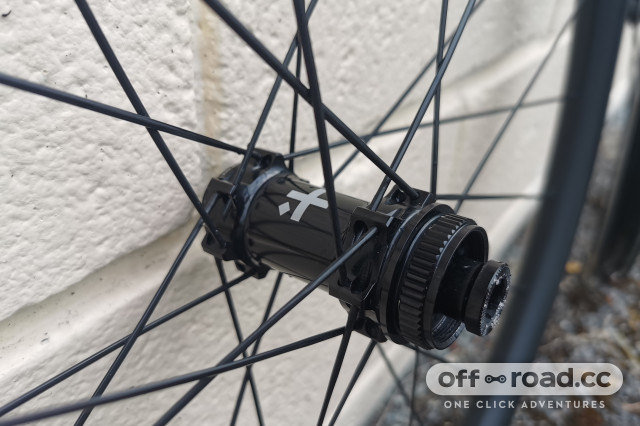 While the bearings within the hubs are not branded, they spin freely, and there was no play at all in the hubs. Both hubs are centre-lock and designed for 100x12 front and 142x12 rear wheel spacing, covering almost all new bikes and the vast majority of gravel bikes with a few possible exceptions from bikes produced years ago with QR or shorter spacing. The hubs feature centre-lock disc mounts, which have become the standard for most wheels. There is the option of standard Shimano/SRAM freehub, Shimano micro spline or SRAM XDR, giving a wide range of fit options, with the only missing options being Campagnolo in either standard of Ekar. For the Shimano/SRAM fitted to the test wheels, the only disappointment is the freehub is a full alloy design, and these can cause problems with the cassette digging in and causing groves. The extent will depend on the exact cassette used, and it will be less severe using a cassette where cogs are mostly on multiple blocks rather than an individual. 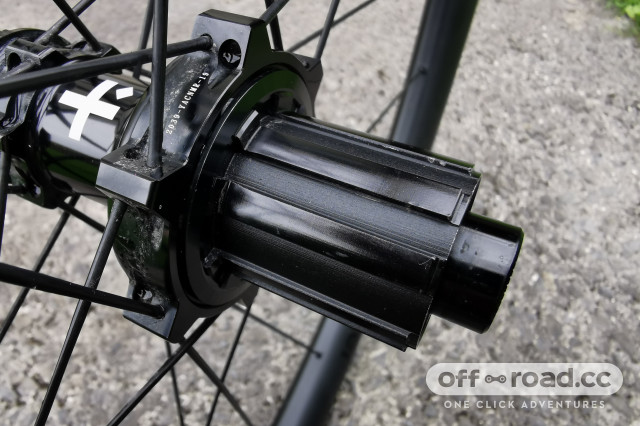 While riding, the wheelset delivers a sturdy ride with no sideways flex noticed, even on more technical sections. While they are not the lightest wheelset available, they didn't feel at all heavy while riding. The spokes are a bladed design, Pillar Wing with 2x lacing and 24 hole front and rear.

For gravel riding, this combination should suit almost all riders. A generous 120kg rider weight limit also points towards a strong build and rim combination. Brass nipples will be welcome by most, especially given they are not primarily a race option and should mean they last longer through all typical British weather with salted roads in particular where aluminium spoke nipples can suffer and degrade. A few spare spokes and nipples are provided from new, should you need to be unlucky enough to break one and need replacing.

At 1,650g, they are not the lightest option available with other wheels, such as the Parcours wheels tested recently at 1,360g, making those very light for the £849 price tag, although we did have issues with the hubs. Scribe has a 650b version of the extremely good carbon wide++ that we tested last year in 700mm size and a claimed weight of just 1,242g for the £870 price. If lightweight is a priority, VEL give a claimed weight of 1,430g for the GRSL wheelset option at £999, with this version featuring the same rims but DT Swiss 240s hubs and Sapim CX-Ray spokes.

The standout features of the VEL wheelset are both the very fast engagement along with the rim design that allows easy tyre changes and the flat valve hole that makes tubeless installation just a little easier. Assuming strength and hub performance is preferable over weight, the VEL GRL 30 wheels deliver great all-around performance at a price point that puts them near the front of the line while still delivering excellent performance and nice design touches.

VEL say: Designed as a gravel-specific option, the 30 GRL Carbon Tubeless Disc 650b Wheelset from Vel has a 32mm wide rim made out of 24/30T carbon and has been expertly built by hand. This gives the wheels excellent strength and stiffness without any weight penalty, and the width allows the tyre to spread out for greater air volume, providing increased comfort and grip. These wheels are recommended for use with tyres up to 2.25” wide, giving access to a huge range of gravel tyre options. As the wheels are supplied with valves and are pre-fitted with a double wrap of rim tape, conversion to tubeless tyres is simple, meaning no risk of pinch punctures and an even more supple ride. The use of a freehub with six pawls and 102 tooth engagement ring in the Vel RE hub adds instant responsiveness to pedalling input, ideal for tricky technical climbs off-road or when powering out of a corner and sealed bearings improve longevity. The impressive Pillar Wing spokes offer better aerodynamics and stiffness than many better-known brands, adding real benefit to the build and the use of brass nipples shows thoughtfulness too. 12mm thru-axles ensure stiffness and accurate tracking whilst the Center Lock standard rotor fitting is both secure and robust. Spare spokes and nipples are also provided with the wheelset, perfect for taking along on extended trips into the unknown.