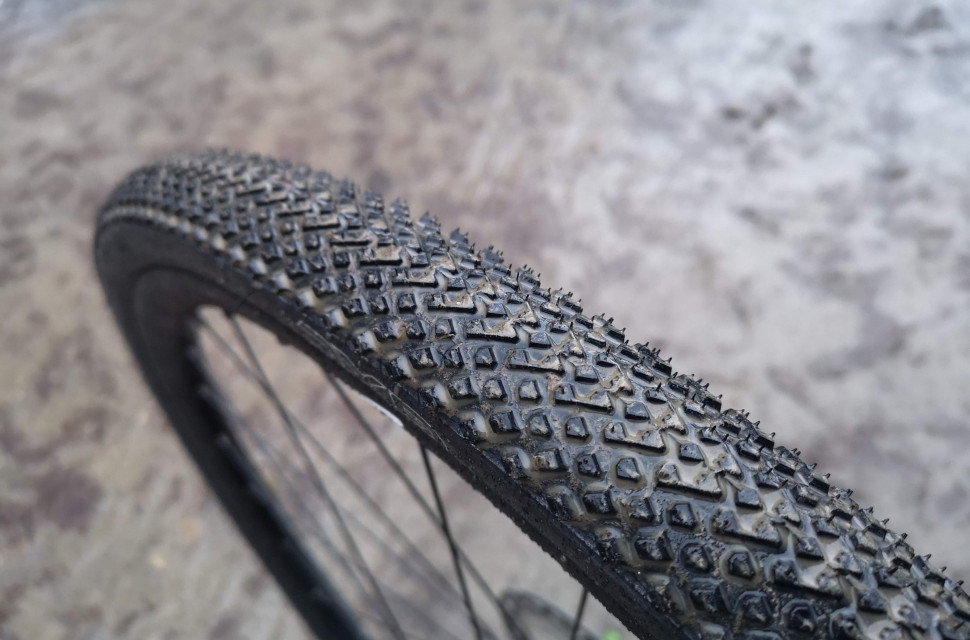 The Halo GXC tyres are designed as an all-around gravel tyre, and while they can cope with most conditions, they fail to excel in any. In dry, loose terrain, they slide easily, and traction is never fantastic. They also size up under the stated width.

The Halo GXC is a gravel tyre available in two sizes, 650x47 and 700x38, and we have tested both in all conditions. The tyres are designed around the same tread pattern, with 60TPI casing and multi-compound rubber. While the tread pattern is the same, the wider 650x47 does have slightly more space between the knobs. 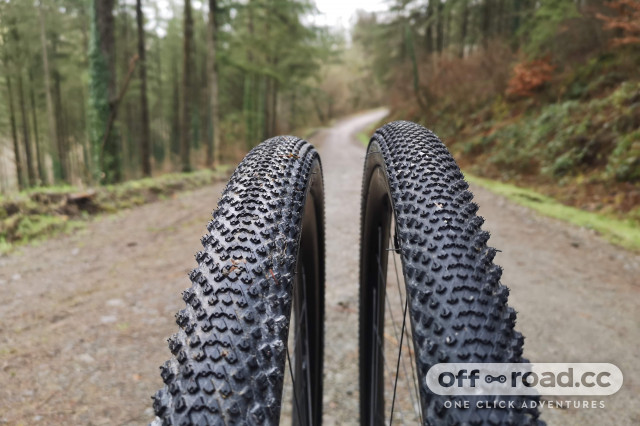 The 700x38 tyres have a claimed weight of 415g, which would make for an incredibly light option. While our pair on test was slightly heavier at 430g and 435g, they are still lighter than the vast majority of alternative tyres with only a few lighter race tyres. The 650x47 tyre is claimed at 560g, and here, our pair came in substantially lower than claimed, both weighing 525g.

The tyres are tubeless-ready, and I had no problems fitting or inflating the tyres installing them on various wheels, all working well. The 650x47, in particular, was a breeze, not even needing tyre levers to install but still inflated with a track pump with ease. However, once inflated, I have to raise issues with the size of both, but the 650 version in particular, which measured up at just 44mm in width when using a reasonably wide rim with 24.5mm internal diameter. The 700 version was more in line with the stated size but still a touch narrower at 37mm when fitted to a 21mm internal diameter rim. The sizing of the 650, in particular, is disappointing as for many, the motivation to use a 650x47 tyre will be the ability to fit a wider tyre, and while 3mm might not sound huge, the reduction of width is felt while riding, dropping the height of the bottom bracket if changing for a wheel/tyre combination with a taller overall diameter. For me, this was significant, and most felt on narrower tracks, off-camber sections that require pedalling or gulleys where I found pedal strikes were frequent.

The initial impressions when riding both sizes are positive, with the comfort being very good and feeling supple, with a good feel and response back from the tyre. On tarmac, they roll quite quickly, although they are noisier than some with the 700x38 tyre that sounds like you are rolling over ice, which isn't an issue unless there is a risk of ice and then makes you question the surface. TPI counts are often a sign of quality, with higher TPI counts often having a smoother ride. Still, considering the Halo GXC has only a 60TPI casing, the ride is decent. 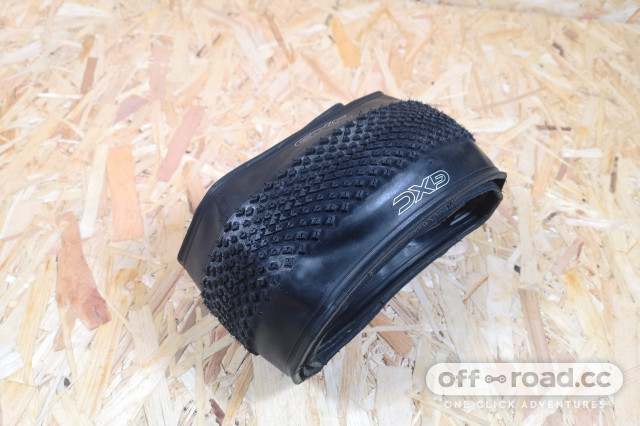 Riding off-road, the grip and traction vary across surfaces and also depending on weather and trail conditions. On dry tracks, the GXC feels quick, but through corners, it has a tendency to drift on any loose surface, which impacted my confidence, slowing corner entries as a result. Despite running lower pressures, this is between 25psi for the 650x47 and no higher than 30psi within the 700x38.

I also found that traction under braking and uphill grip lacking at times, even on reasonably smooth forest tracks. I found the rear tyre losing traction earlier than I would have hoped or expected on steeper climbs, given the reasonably open tread pattern. Under braking, the rear tyre was easy to lock up, and the front also locked up in situations and braking pressure that normally would not cause issues.

The tyre works best on damp, firm tracks and gravel roads, improving cornering, increasing speed and confidence. The window of performance is quite small, however, as mud can cause problems, both front and rear, with small gaps between the tread filling up quickly, affecting traction while cornering and when climbing.

Halo does not give details of any puncture resistance layer within the carcass, but I was fortunate not to have any problems and suffered no punctures. 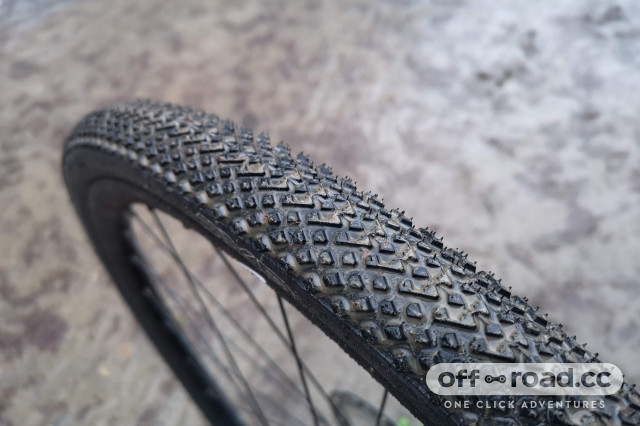 At £50 per tyre for both sizes, the tyre compares against other mid-level models. The WTB TCS gravel tyres like the Riddler and Nano retail at £45, the same price as the Vittoria range of tyres such as the Terrano Dry. More expensive tyres typically feature higher TPI carcass designs or tougher puncture specific layers, such as the WTB SG2 versions, including the Resolute at £55. Halo also produces the GXR, which is currently only available in 650x47, retailing for the same price. The performance on that was more impressive. Overall the Halo GXC give reasonable value, but they don't break any barriers.

While the Halo GXC can perform well given the right track conditions, they are not as all-round as claimed, with a tendency to slide on drier, looser tracks, which impacted confidence. When inflated, both tyres come up undersize with the 650x47, in particular, measuring only 44mm wide, even on a relatively wide rim.