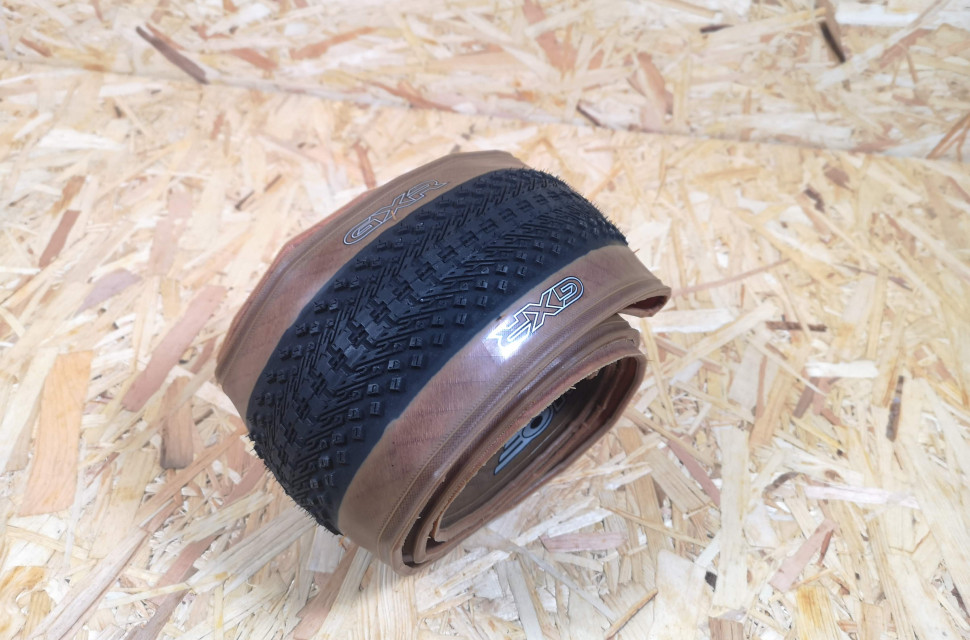 The Halo GXR is a 650B gravel tyre that delivers a smooth ride and has more grip than you would expect from the minimal depth tread, but you need to be running the smaller sized wheels – it's currently only available in the one size.

The GXR is only available in 650b x 47mm, with the sole option of black or tan sidewalls.

Before even installing the tyre its great to see Halo has put some thought into reducing the amount of wasteful packaging, with a setup that uses a velcro strap that's worth reusing. It is nice to see. 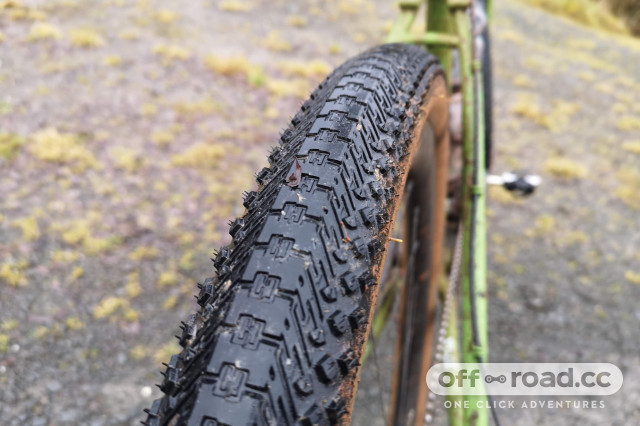 Installing these on a set of Parcours carbon wheels proved easy, with no stress and no wrestling needed. The tyres inflated with a track pump, too – no compressor needed. On 21.5mm ID rims, they blow up to exactly 47mm at the widest point.

The tread design is a real mix, with a central section similar to Halo's Twin Rail design, but tweaked to give a near constant central area.

A series of tightly packed chevrons then lead out to outer knobs that are quite small but more widely spaced than the rest. It is a busy and rather complicated design that aims to offer the mix of speed and grip that everyone wishes for. 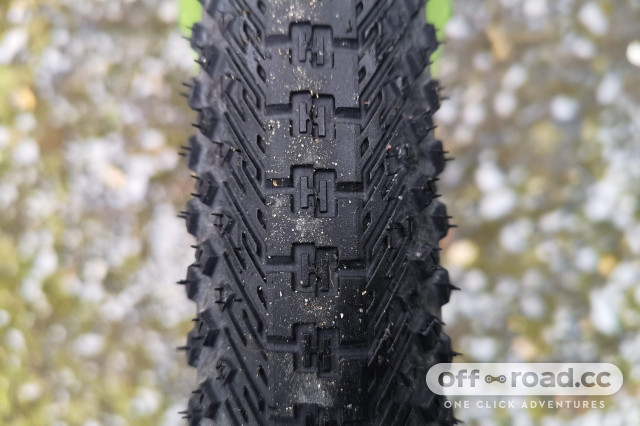 The suggested pressure range is 30-70psi, and I ran the tyres at the lower end for most of the time – and in all weathers, too. While it may look too minimalist for mud or winter use, Halo claims it to be an all-conditions tyre, so I wanted to put this to the test.

On surfaced roads it rolls along smoothly, although it's a little noisier than I expected. No worse than most other knobbly tyres, though.

While it is no specialist in mud it holds on well, especially on the rear, and cornering – with some care – isn't as bad you might expect either. In really thick mud it will slip out, but at least that shallow tread clears quickly.

Steep rocky climbs are the GXR's forte. It just climbed everything I attempted, including some very challenging and slippery sections. Initially I was hitting climbs and expecting it to spin, but by the end of testing my confidence had grown enormously, leading me to push harder, lean further forward on steep climbs and just let the tyre work.

On loose gravel or forest roads the tyre can drift a little in the corners. I put this down to the tread, specifically the transition from the central area to the knobs. It can be a little surprising at first, although I did find I became used to it and felt happy to let the tyre drift a little on the faster corners.

The 60 threads per inch (tpi) carcass may seem low spec, with manufacturers seemingly in a race to claim the highest tpi possible, but comfort and ride feel are not weak areas for the GXR. It gives plenty of feedback and comfort. 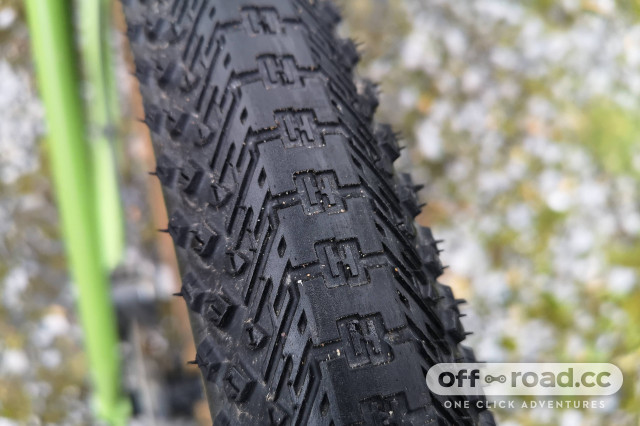 Currently the GXR is only available in the single diameter and width, which is a shame, but Halo may release a 700c version in the future. At £50 its in the same ball park as many other tubeless gravel tyres, being a fiver less than either the Maxxis Rambler EXO recently tested or the new SG2 version of WTB's Riddler.

WTB also has the cheaper, non-SG2 version of its popular Byway at £45, so the GXR sits exactly between the two options on price.

The weight is on par at 515g and 530g for our pair, and puncture resistance seems good – while not having a puncture on test doesn't mean its perfect, I've ridden these on rough tracks and areas where thorns are common with no noticeable issues, wear or cuts to show for it.

The Halo GXR might look minimalist, but it is tenacious and smooth on most surfaces and in most conditions. It might not be perfect if you ride in mud a lot, but for mixed riding it copes well – fingers crossed it soon appears in more common 700c sizes too.