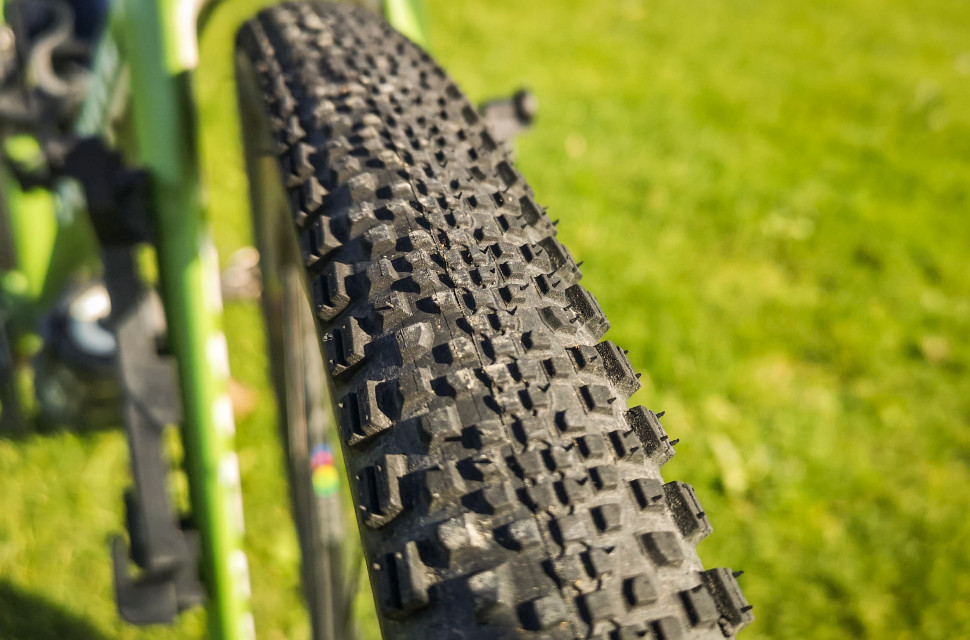 The WTB Riddler is a gravel tyre aimed at drier, faster trails, and this SG2 version features an updated 120tpi casing and a full puncture protection layer. The result is grippy and fast in the dry – and better than it looks in light mud – but it can be tricky to fit on some rims, and it wears fast.

If there is one weakness for the standard WTB gravel tyres, it’s the lack of puncture protection. Here though, the SG2 protection layer goes from bead to bead around the whole tyre.

We tested the 37mm version in 700c, and found installation mixed. While very easy to install thanks to a relaxed bead, getting them pumped up tubeless can be much harder. I had issues on one wheelset that defeated a high volume pump and all the tricks in the book – in the end I had to resort to a compressor. 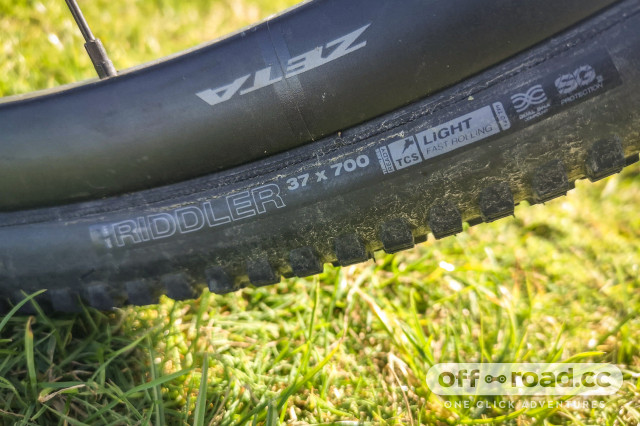 On another set of rims they went up without quite so much fuss, although were still not the easiest. Both wheelsets are tubeless ready, and I’ve never had this kind of trouble with any other tyres.

Although the carcass and puncture protection are new, the tread pattern is unchanged. On dry tracks and trails it really grips confidently, and it feels quick and smooth on both tarmac and off-road trails. For typical British forest roads it's a good choice with enough grip to push through the corners, and it can cope when they get wet – assuming they are not too muddy. 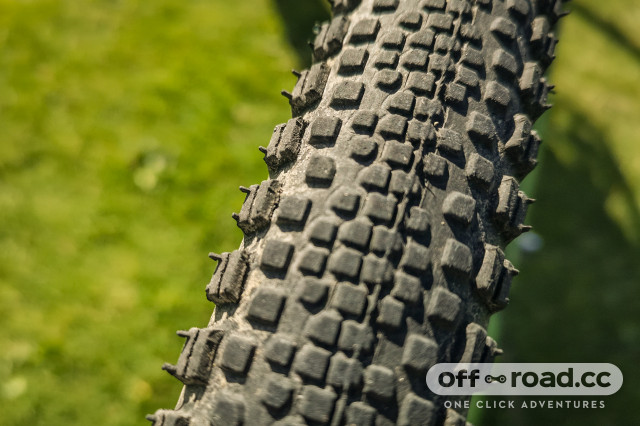 Though aimed at (and good in) dry conditions, the Riddler is a pleasant surprise when things get slippery, and copes better than you think. Heavy mud sees the tread pack up easily though, and traction suffers.

Take on rough trails and the limited volume becomes more of a factor than levels of grip. So rare is accurate sizing that I was surprised to find the Riddler actually measures 37mm (on a 21mm internal rim), but that does mean they feel small against other ’37mm’ options. 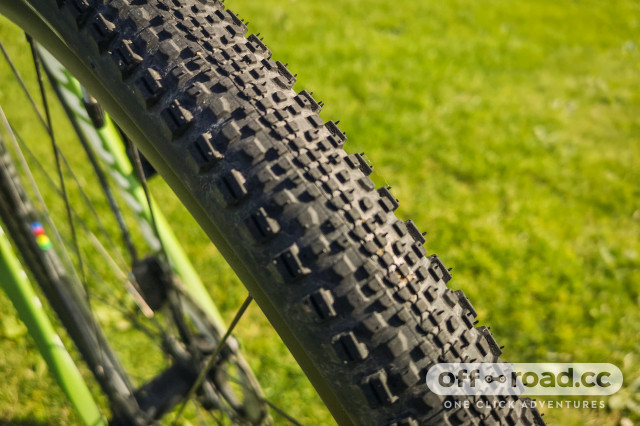 At just under 500g, the 37mm Riddler is still a relatively light tyre, so it would be foolish to expect it to be bombproof. But all my efforts on rough tracks caused no problems.

The carcass of the SG2 range has also been updated from 60 threads per inch (tpi) to 120tpi, which should in theory make them more supple and lighter; despite the fully-enclosing puncture protection layer, the claimed weight gain is only 15g. (Interestingly, the 45mm SG2 claims an almost 20g drop.) 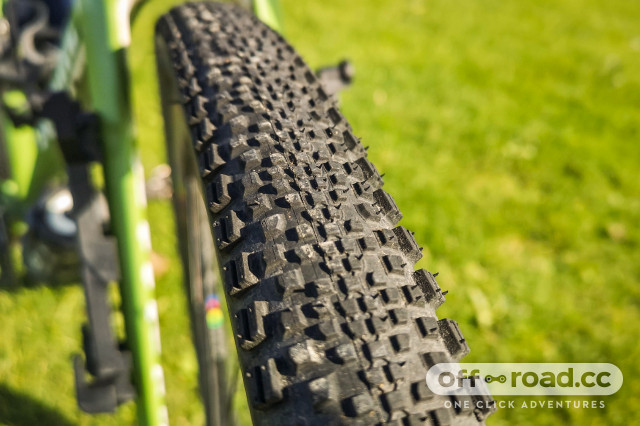 They do feel good and reasonably plush, although the 60tpi versions were no rough ride and the puncture protection adds back some rigidity, so the difference is not dramatic.

Tan sidewall fans however will be disappointed – these only come in black – and while WTB tyres are usually strong on price, this version will set you back £55.

The minimum tyre pressure is refreshingly low – just 30psi – which is more a realistic than some other brands manage. The IRC Boken for example, is a minimum 45psi.

One slight worry is the early signs of wear to the edge tread, with some tread actually coming off the carcass. WTB says this is not a known issue, and it only happened to one of our test tyres, so it may be just a faulty unit or freak occurrence. We’ll assume it is unless we start to hear otherwise.

If you are after a fast tyre and maybe don't have masses of clearance, the WTB Riddler is a good option in this SG2 casing. Inflating it tubeless can be a hassle, though, while the increased price means it’s right up with the best tyres available – and at this price, you can really take your pick.

i have these exact tyres and cheated in last years cross season by using them (max size by the book is 33..) but if your 19th or 23rd place, doesnt matter. Like the grip but they inflated on mavic rims tubless with a track pump so wouldnt agree with the review there.

Interesting. I've used WTB gravel tyres in the past and had no problems with tubeless set up. I like their grip and ride quality but you're correct in that the puncture protection is non existent, I soon got fed up of rides with several punctures. I'd be interested to try these out these tyres if the puncture issue is sorted.

I love my Riddler 700x45s. They came with the bike, and never having had knobbly tyres I probably would not have chosen them otherwise, worried that they'd sound like a Land-rover on tarmac. But they are great, and only two punctures in over 1000 miles. Both times little needle-like thorns, probably firethorn. I run them with inner tubes. Only problem has been seating them on the WTB rims. In the end talc was the answer.
Joe Totale 2 years 1 week ago

Interesting. I've used WTB gravel tyres in the past and had no problems with tubeless set up. I like their grip and ride quality but you're correct in that the puncture protection is non existent, I soon got fed up of rides with several punctures. I'd be interested to try these out these tyres if the puncture issue is sorted.