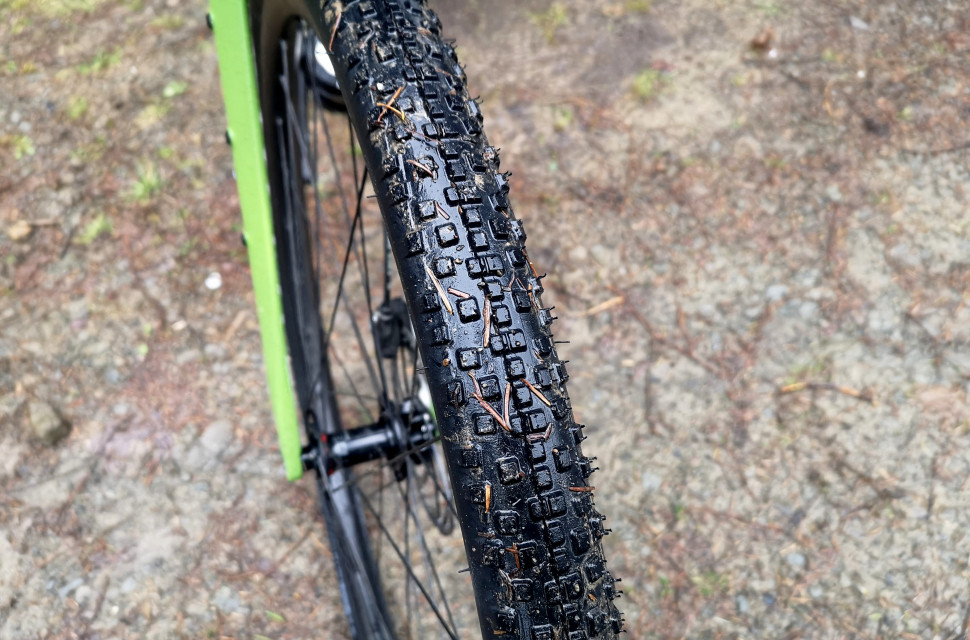 The WTB Resolute is one of the more open-treaded gravel tyres available, making it ideal for our British conditions. With the new SG2 puncture-resistant layer, it's now one of the best all-weather, all-conditions tyres you can get.

I tested these at a mix of pressures, with the official recommendations being 25-50psi – surprisingly low, and pleasing to see for a tyre of this type.

It isn't the fastest of tyres on the road, but then that isn't what it is designed for. Although not silent it is reasonably quiet, perhaps helped by the closely-packed centre tread. Head off the surfaced roads and the tyre really starts to deliver, with traction for climbing and braking impressing on virtually all tracks. 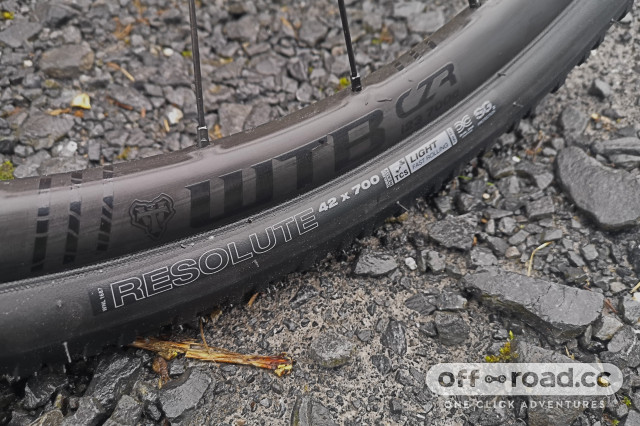 In really slippery mud it works better than any other gravel tyre I have tested, and its climbing grip helped me conquer gradients on slippery tracks that look impossible.

Cornering is equally good with a consistent feel on typical forest tracks, almost certainty due to the the constant height of the tread as it moves around the tyre. In the mud it slides a little, but I still felt completely in control. The wider gaps in the tread away from the centre clear mud well, too. and keep working.

The edge knobs don't extent beyond the carcass, and this does make picking yourself out of muddy ruts a little harder, though.

Even in the stickiest of mud the limiting factor will likely be mud clearance of your frame, rather than the tyre itself – unfortunately this 42mm width is the only one available, so it'll either work or not.

The only times grip was ever an issue during the test was with the rear unweighted, when climbing slippery tracks out of the saddle – to be expected – and on steep grass. Even here, though, it's still better than most other tyres.

The addition of the SG2 puncture protection layer means weight is up from 460g to 550g for the 700x42 size. It's likely the extra ruggedness is going to be a much bigger appeal to riders than the lower weight of the standard version, however.

To date neither the Resolute nor the SG2 version of the WTB Byway we tested have suffered any punctures. Some of that is luck, surely, but it's still extremely promising, especially as the standard Resolute isn't noted for being the most puncture resistant in the first place. 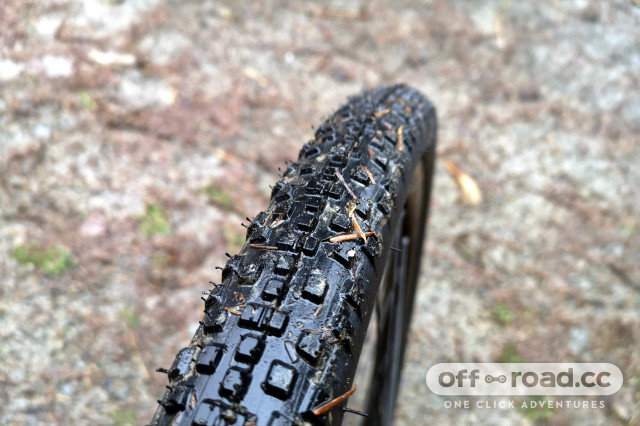 At £55 the Resolute SG2 is actually decent value, simply because of its versatility and quality, but there are cheaper options. The Specialized Rhombus Pro 2Bliss Ready offers a similar widely-spaced tread and all-round grip for £42, for instance, and it's only slightly heavier at 579g.

For riders who hate changing tyres as the conditions change, the WTB Resolute SG2 will really appeal. It gives consistent, reliable grip whether it's wet or dry, can handle pretty low pressures and is impressively resilient.

So long as the single 42mm width leaves enough mud clearnance in your frame, it's a strong contender for near year-round use.

The non-SG2 casing is the daintiest tyre I've ever known. You can puncture it from 3 yards away by spitting watermelon seeds at it. Yet still I've ridden them all winter 'cos they are so good otherwise. Might have to buy some SG2s for next winter. The weight wont me much more once you factor in the literal dozens of patches on my non SG2s.