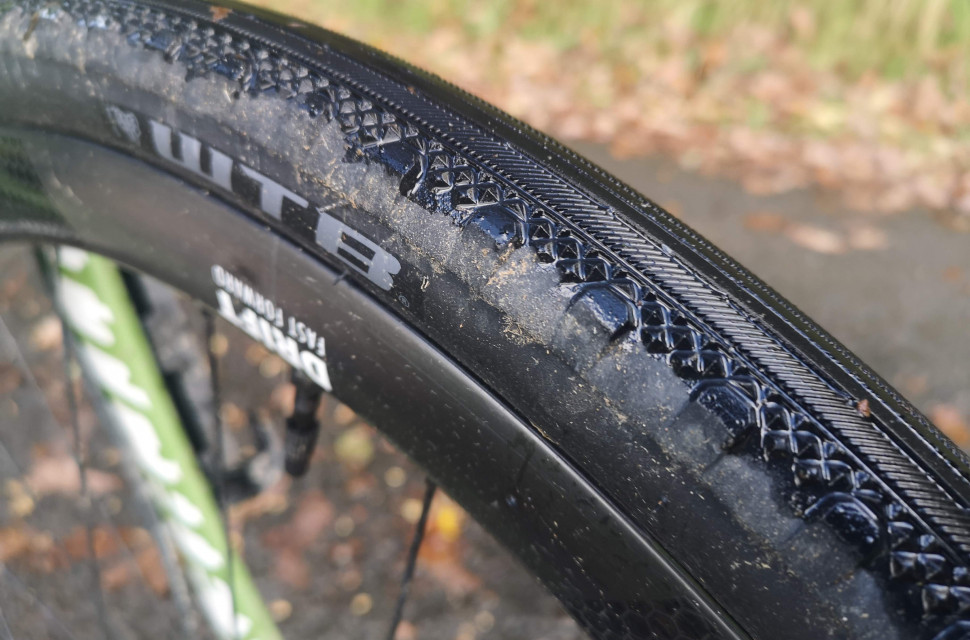 The WTB Byway TCS Light/Fast Rolling SG2 is a semi-slick, minimalistic gravel tyre which offers a smooth ride on roads but can handle some gravel and rock too. It is now available with SG2 puncture protection, which is very effective – just don't expect much grip if things get really rocky or muddy.

The Byway is available in a range of widths for 650b and 700c wheels, including 34mm, 44mm, 47mm and the 40mm on test, this one weighs in a 470g. There's also a range of colour and protection options, all tubeless ready. The one disappointment for riders who like tanwall tyres they can't have both that and the SG2 protection.

If the tread looks familiar, you've seen it on an older 34mm tyre called the Exposure. 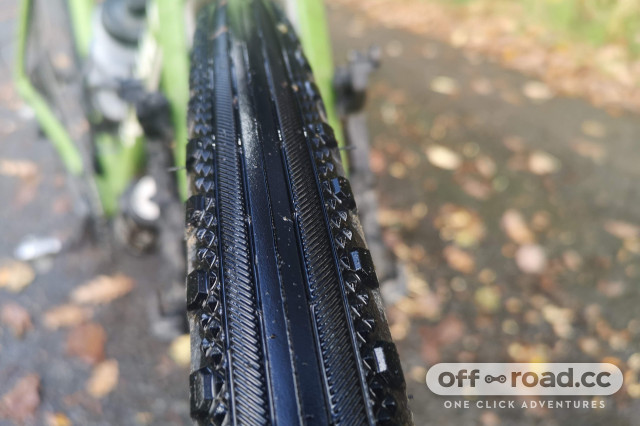 Installation is actually really easy; I've had issues with WTB tyres being slack on the bead and hard to inflate tubeless, but that's not the case here. The Byways went up tubeless with just a track pump.

I started with 35psi front and 40psi rear (the official tubeless rating runs from 30-60psi), and this gave a good balance of speed and feel without too much bounce or movement on the road when climbing.

On roads the tyre is smooth and, whilst not the absolute quietest, it is far from noisy and progress feels quick. On firm, rock-based gravel tracks it stays fast and feels supple. The SG2 version has an 120tpi casing which is more flexible than the standard 60tpi versions, and it broadly seems to cancel out the extra stiffness of the puncture protection layer. It's a comfortable tyre off road. 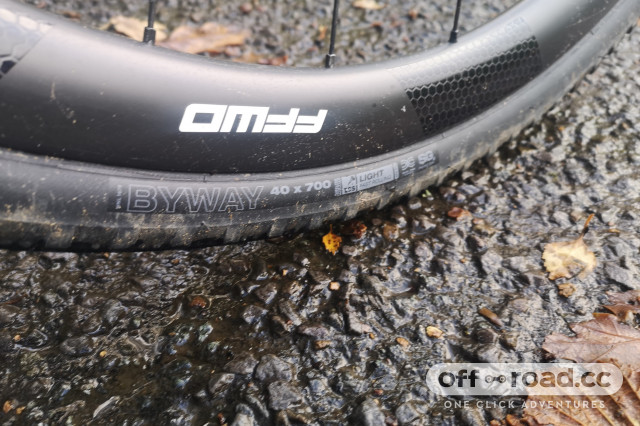 Looking at the tyre and the near slick tread you wouldn't expect this to be good on more slippery tracks or mud, and you would be right. Uphill on really steep, loose or slippery tracks, grip is inevitably limited but (so long as they're still basically firm) useable – though you often need to stay in the saddle to keep the rear weighted.

On bad roads and rough lanes covered in detritus it does a decent job, even on the steepest, 20%+ gradients I attempted. This is where I think the Byway really excels. It works well off-road too, so long as your idea of gravel doesn't involve much in the way of muddy tracks or singletrack.

The non-SG2 Byway is probably the tyre I've punctured the most of any gravel tyre I have used, so to make it hundreds of kilometres (many with the roads full of hedge-cutting thorns) without a single puncture is pleasing. The full-width protection layer is clearly doing its job. 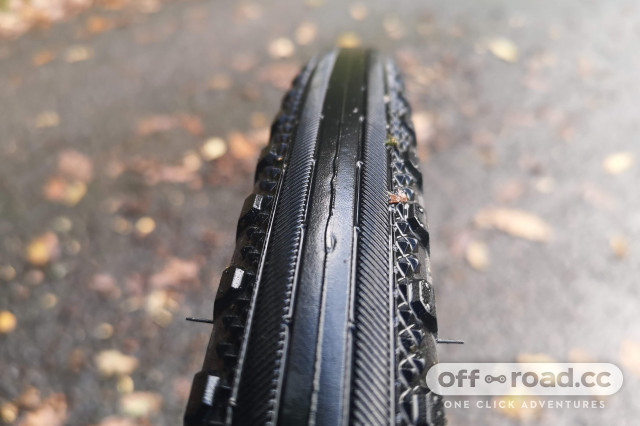 The Byway TCS SG2 is £55, which puts it at the high end, though it's still slightly less than the likes of the Terravail Rutland (£60) or Continental Terra Speed (£59.95). While this might be becoming a normal price for a tyre – the Maxxis Rambler EXO is also £55, for instance – it's still a big investment. For a cheaper alternative, take a look at the Hutchinson Touareg. It's not perfect, but it's a real bargain at £33.

For riders who mix road with typically British gravel over forest tracks and off-road rights of way, the Byway TCS SG2 – as the name suggests – is a really good option.

Maxxis Assegai WT 3C EXO+ tyre review £70.00
Impressively grippy all-rounder if you can cope with a bit of drag – and don't see too much muddy slop
Review