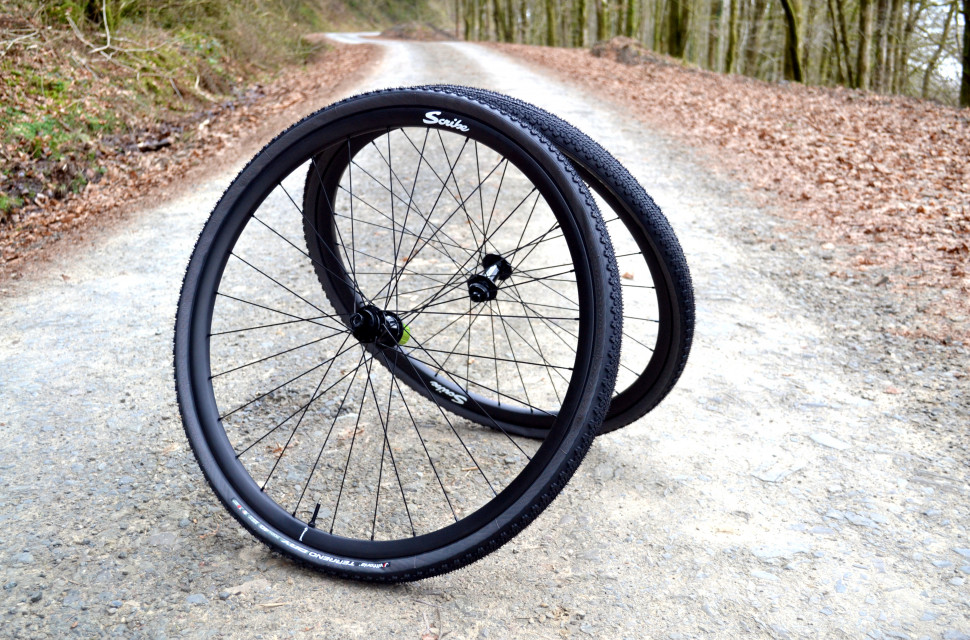 The Scribe Carbon Wide++ 700 Disc Wheel set is a super-fast setup that's incredibly light, responsive and quick to engage. The performance matches or beats wheels at twice the price, and as an overall package it's hard to fault.

These wheels are light. I personally class any wheelset under 1,500g as light, and anything under 1,400g as very light – these Scribe wheels are 1,360g. It is possible to go even lighter, but doing so usually means significant expense: the ENVE G23 with certain hub combinations is sub-1,300g, for example, but £3,100.

Just unbox the Scribes and the lack of weight is immediately noticeable – they're 610g front, 750g rear. This combines to a little over the claimed weight of 1316g, but our figure includes rim tape and tubeless valves. 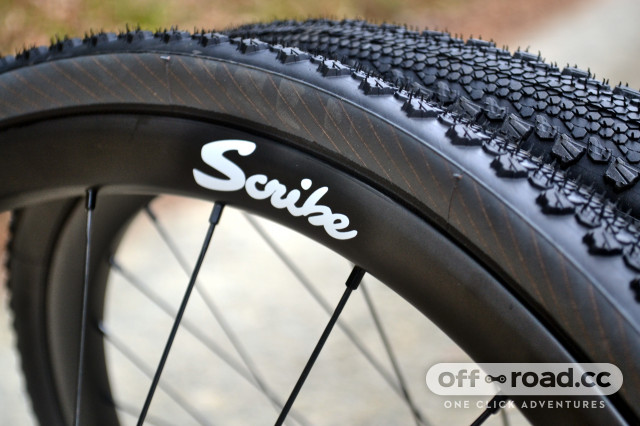 Tyre installation gets another big thumbs up. I tried several brands and all fitted easily and blew up tubeless without any sweat. The shape of the rim – it's hookless with a wide, deep channel in the centre – is almost certainly the reason for this.

The internal width of the rims is 25mm, which is wider than the most, even those claiming to be wide. The benefit is that tyres come up broader and squarer, giving more support and allowing pressures to be dropped lower for better grip.

For me, there is no downside to a wider internal rim, though it can rule out narrower tyres – if you stick to the common 110% rule it means not going below a 28mm tyre, which is probably very unlikely to be required.

The ride quality is a good balance of comfort and performance, with stiffness that surpasses the majority of other wheels and certainly the majority of alloy wheels. The 28 spokes front and rear are the very well-regarded Sapim CX-Ray spokes, something even the most expensive wheels use.

Lateral stiffness is at a similar level to the alloy Wide++ wheels, but comfort is improved. If ultimate stiffness is a big factor though, these Scribe wheels don't quite match the WTB CZRs. However, they're considerably more comfortable, with less vibration from smaller bumps and at lower speeds in particular. 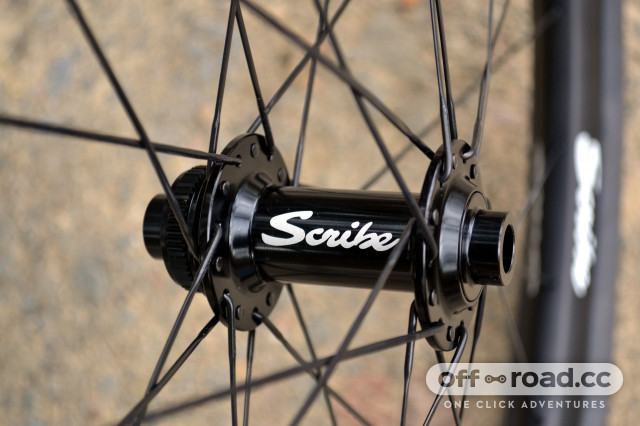 For the hubs, Scribe uses an exclusive ratchet drive. It's a similar system to the DT Swiss 240, although with a leaf spring. The result is similar, giving near-instant pickup, feeling like the wheels engage and drive the instant you start to pedal.

The freehub does have a little more drag than some other systems, but the difference is marginal and for me, the improved speed of pickup is worth it.

The rear hub can be very loud when freewheeling, though, just as in the alloy wheelset. While it isn't a fault, I personally don't like it, but once Scribe had passed on some tips – and some MV1 Ratchet Grease – I found a dramatic reduction in noise. It actually fixed my only dislike.

You can spec SRAM XDR or Shimano HG, with an anti-bite guard to protect the aluminium freehub from damage from the cassette. Scribe also has a Campagnolo N3W freehub option coming in the months ahead.

The bearings are TPI's rust-resistant stainless steel ones, and roll smoothly. 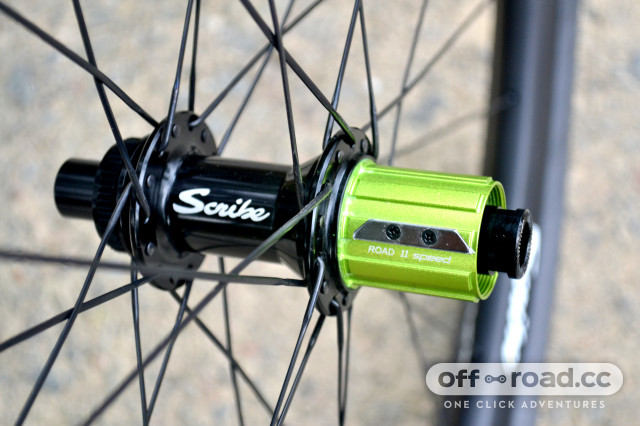 Hit the hills and these light wheels sail up, with the stiffness helping you put the power down. On rough tracks the little bit of flex and comfort is also impressive, holding the line well but giving just enough to track well – instead of pinball – through the rocks.

There is a recommended rider weight limit of 95kg and total weight of 115kg though, which may be a limiter for some.

The wheels come with an impressive bag of spares and accessories. The hubs (15mm, 12mm or QR) accept Centre Lock discs and come with a lockring, but you also get 6-bolt adapters. Also included are tubeless valves, spare spokes and nipples should an accident happen. 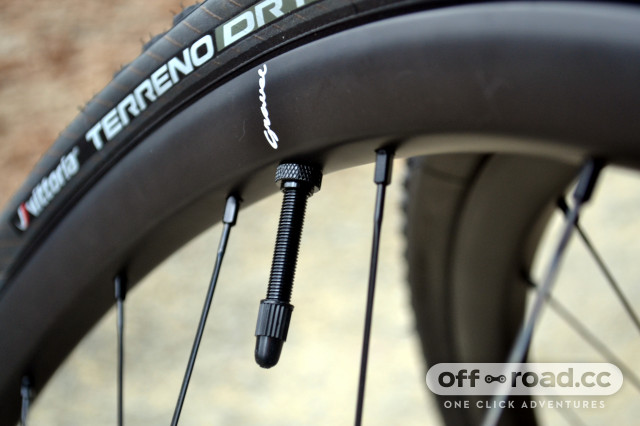 At £870, this package is almost unbeatable. The well-regarded Hunt 35 Carbon wheels are slightly cheaper at their new price of £849, true, but they're also heavier and narrower.

The FFWD Drift wheels are also impressive with DT Swiss 240 hubs, but they're also heavier and almost twice the price at £1,500. The only wheels that come close on weight are the Geckos from Just Riding Along, although the rim is both shallower and narrower at 21mm internal.

With the Carbon Gravel Wide++ 700, Scribe has delivered a wheelset that is seriously impressive both in performance and value. It's light, responsive, easy to set up and a pleasure to ride.