Skip to main content
Log In Register
Vitus Mythique 29 VRS review £1,449.00
Wallet-friendly and easily upgradable, the Mythique is a bargain of a trail 29er 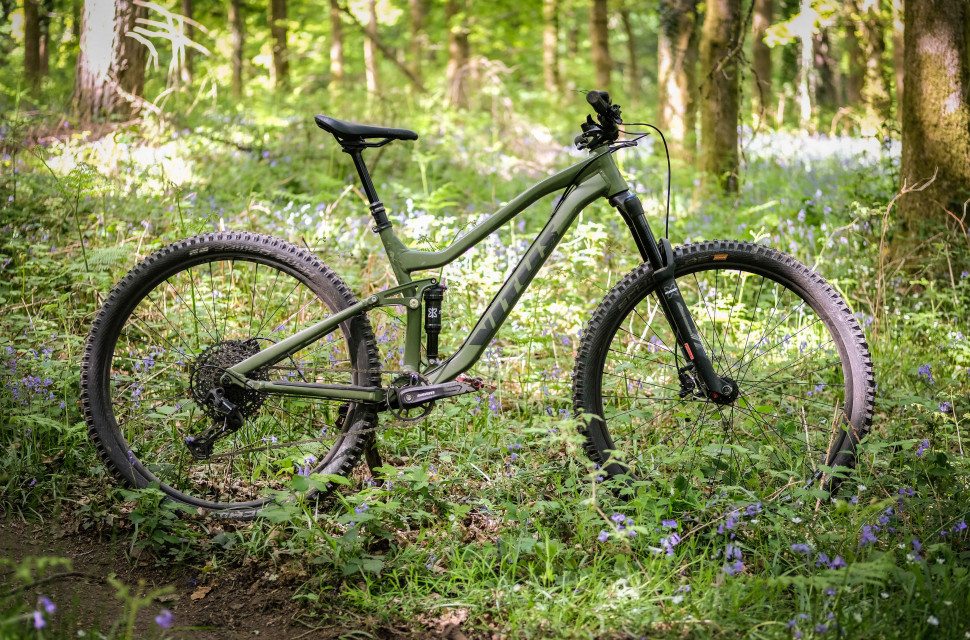 Rachael Wight
|
May 21 2020
|
Overall
Quality
Performance
Value
What's good?
What's not?
Buy if...
You want a bargain mid-travel trail 29er to upgrade as you go

The Vitus Mythique 29 VRS is a solid performer at the budget end of the scale. The 1x12 drivetrain is a real advantage and the geometry suits whatever kind of riding you fancy, while the tyres are a great spec for UK use. While some components underperform – the X-Fusion fork and Shimano brakes most notably – they're okay for the price. What's more, the Mythique is a bike worth upgrading, and for new riders looking for their first full suspension trail bike (without destroying the bank account), it’s a sensible choice.

Under two grand for a decent 29er has 'winning' written all over it, and – slightly dodgy name aside – the designers have done a great job of creating a 140mm full suspension trail bike with decent, predictable geometry for those who do a bit of everything. From steeper techier terrain to mile-munching XC rides, the Mythique does the job well, making it a bargain.

Vitus sells 27.5” wheeled versions of each specification for the exact same price, but we tested a 29er in VRS spec (and a Medium frame). At £1,449 the VRS comes with a decent list of components, and even includes a dropper post. 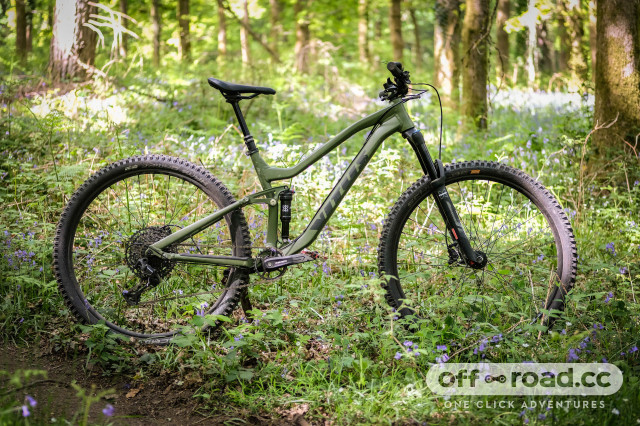 The 140mm of front and rear travel is dealt with by X-Fusion, with a Slide Boost RC fork (ignore Vitus' claim it's a Sweep – that’s the name of the 27.5” version) and an 02Pro-RL shock. 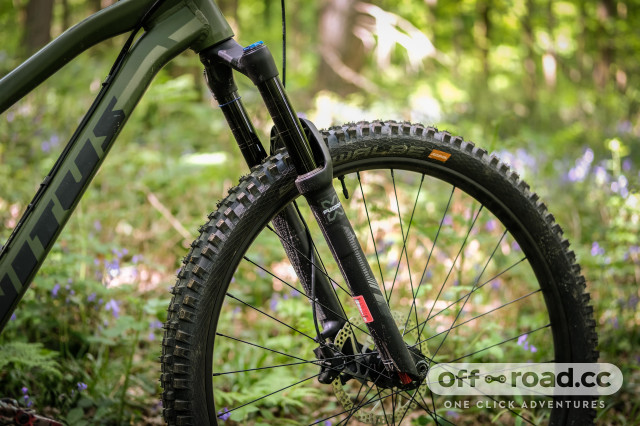 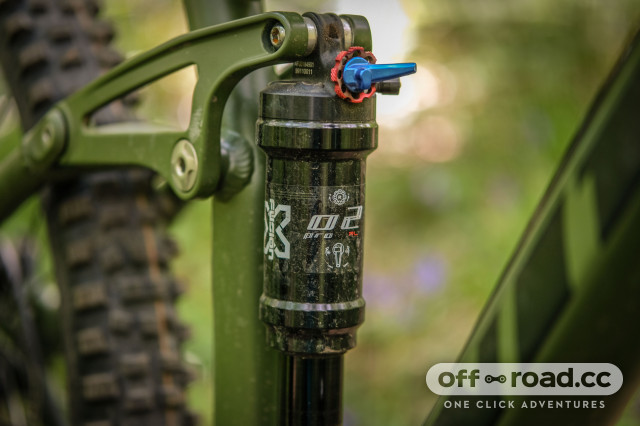 I found the forks struggle to soak up small bump chatter in the early part of the travel. It then dives through the mid travel too easily while on larger hits, such as drop-offs, it blows through all the travel fast, spiking quickly and jarringly. 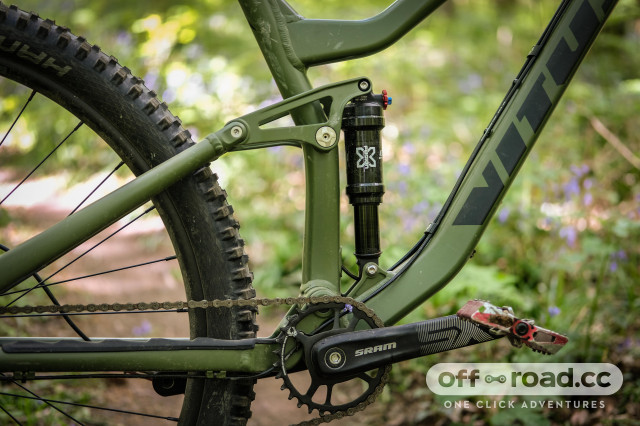 The Slide does accept volume reducer tokens which, in principle, let you tune the spring curve to ramp up more stiffly and increase support, while maintaining whatever suppleness exists at the beginning of the stroke. The three tokens already fitted made the fork spike quite early, however, while removing some left it lacking support on steeper trails – whichever option you go with, there are downsides.

Your other adjustments are for rebound speed and a compression damping dial, which can also lock the fork completely. 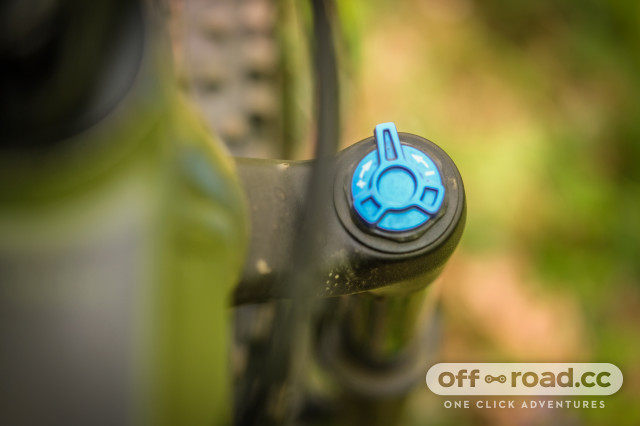 The 02Pro-RL shock fares better. Running at about 25% sag it feels supportive in turns and on rough terrain, although high-speed movements such as those over small roots and rocks still transmit more chatter into the bike than is ideal.

Adjustments are limited to rebound damping and a lockout switch which firms up the shock completely. 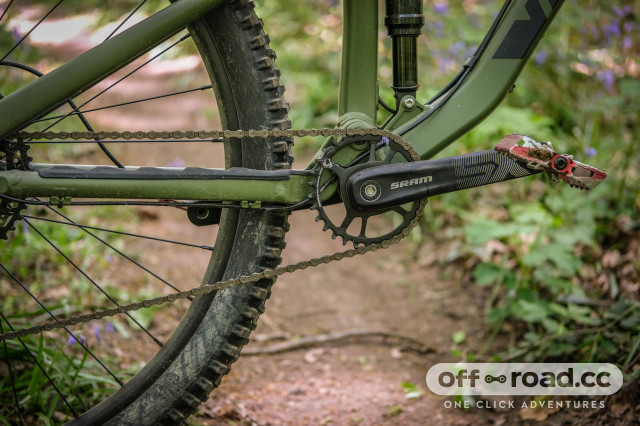 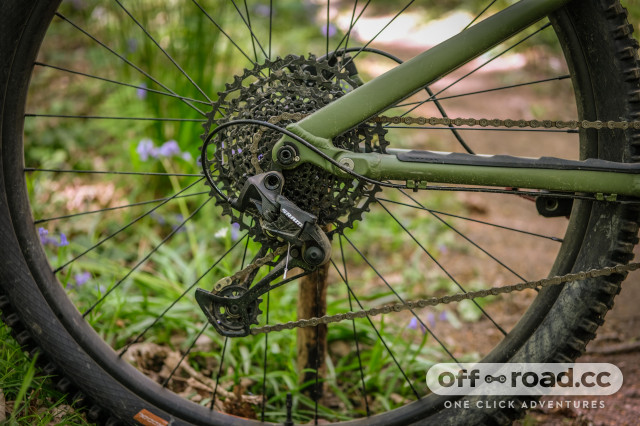 The VRS wears a SRAM 1x12-speed SX Eagle drivetrain, which I’m a fan of for its affordability. The shifting is a little clunky and, yes, and as a system the weight is high (all individual SRAM SX weights are here) but you still benefit from that huge 50T winching gear, simple shifting and great chain security. 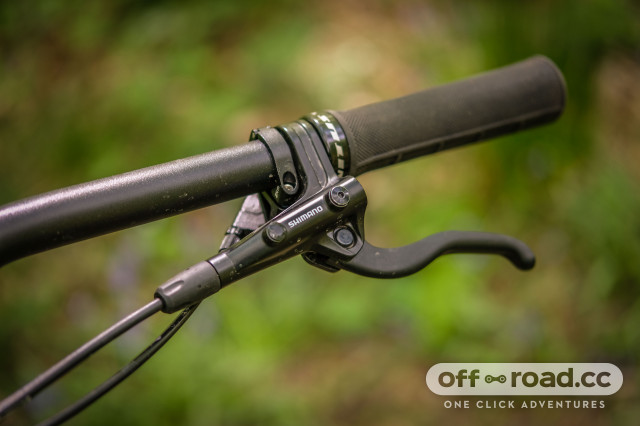 The Shimano MT401 hydraulic disc brakes bite on two 180mm rotors, and are my least favourite part of the spec. They're reliable but not that powerful, and offer such a wooden feel it’s hard to modulate your braking. With capable geometry and an entry-level price, this bike will be pushed harder and harder as its riders progress, and I think it’ll be deserving of a brake upgrade sooner rather than later. 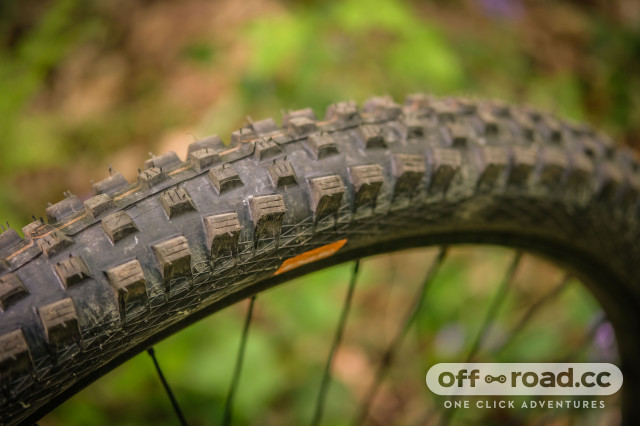 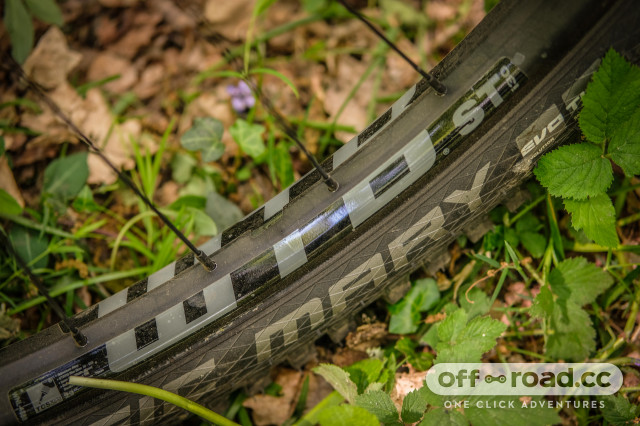 The Mythique runs on Vitus' own-brand hubs and WTB i30 TCS rims which, as the name suggests, have an internal width of 30mm. They're also tubeless ready. The Schwalbe 2.35” Magic Mary and HansDampf tyres sit nicely on this rim, while the generous width means there's room for larger diameter tyres too.

It’s worth noting that whilst the Schwalbe tyres both get the orange Addix compound (soft) and are therefore relatively tacky, they're the Evo Snakeskin version. These have a folding bead but thinner sidewalls than the SuperGravity version, which might make them prone to punctures. Whatever, the tacky rubber and open tread pattern make them a good choice for UK conditions, be they sloppy, dry or anywhere in between. 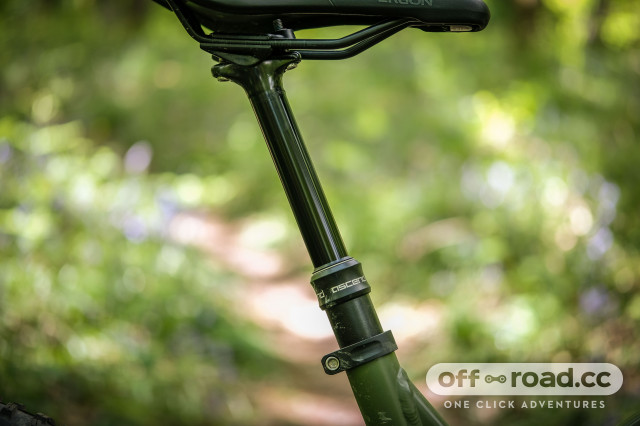 The Brand-X Ascend dropper post on this medium has only 125mm of travel, as anything longer could bottom out in the short seat tube before reaching minimum insertion. As it is there's around 30mm of post exposed even with the stock one fully pushed home.

The resulting seat height is bob-on for me (I’m 160cm tall), but shorter riders will struggle to get the post low enough in the frame before it hits the rocker linkage.

Climbing the Vitus is surprisingly effortless, as the low overall weight and distinct lack of pedal bob from the Horst link suspension makes this an efficient bike. The effective seat tube angle is 75.7°, and the seated climbing position with a 602mm effective top tube is roomy enough.

The actual seat angle is a relatively slack 67.5° – not a huge problem for me, but taller riders running longer dropper posts will find the saddle migrating rearwards into less efficient positions. I'd like to see an even steeper effective seat tube angle, but then to balance the equation the reach would need to be lengthened to prevent the cockpit feeling cramped when climbing. 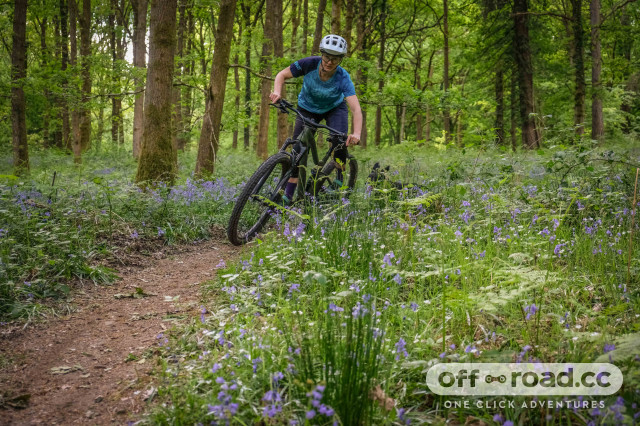 As it stands, the reach of 445mm is bang in the middle of average – it’s unlikely to put any riders off, but it’s not really progressive as such. The ride is fun though; it climbs well, it’s pretty stable downhill and it handles any type of trail your throw at it.

The head tube angle of 66° is okay for general trail riding, but slacker would provide an even more confidence-inspiring ride on steep terrain. That said, these geometry figures didn’t bother me either way when the going got tough and rough – the underwhelming brakes were more of a problem! 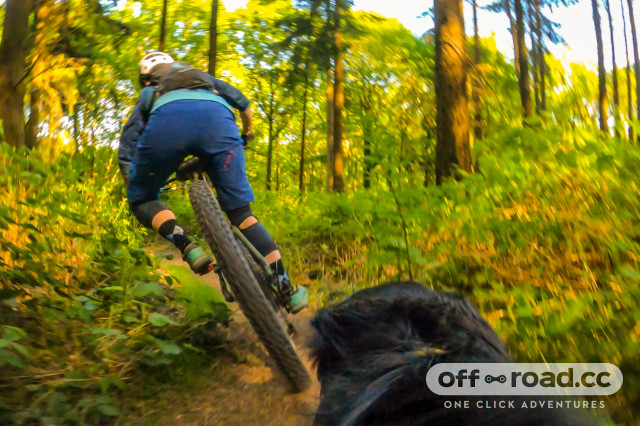 A longer, slacker layout would leave riders feeling more centred; you feel like you're sat on top of the Mythique rather than down in it but, to be fair, for the flowing trail centres and (less technical) natural singletrack this bike is likely to encounter, it’s great fun.

Also to be fair, my fork and shock moans pale into insignificance when you consider the price of the bike. The other options at this level – the Rockshok Sektor RL, for instance – would likely have similar issues without the benefits of the X-Fusion's larger, stiffer 34mm stanchions.

As I alluded to at the start, this is a ‘one-bike-for-all’ kind of trail bike. It's efficient enough for cross-country burns and adept enough for technical descending, although one or two changes – such as better brakes and a lower-dropping saddle – would make it even better.

In terms of competition, the next nearest bike available in the UK is the Marin Rift Zone 1 (£1445), but that has less travel, is only 11-speed and fronts up with a skinnier fork. Given the weight of the Rift Zone 2 I reviewed, it's likely to be heavier too.

Pocket-friendly and easily upgradable, the Vitus Mythique VRS is solid performer and a fun ride – it's a bargain of a trail 29er, and certain to catch a number of new rider's eyes.