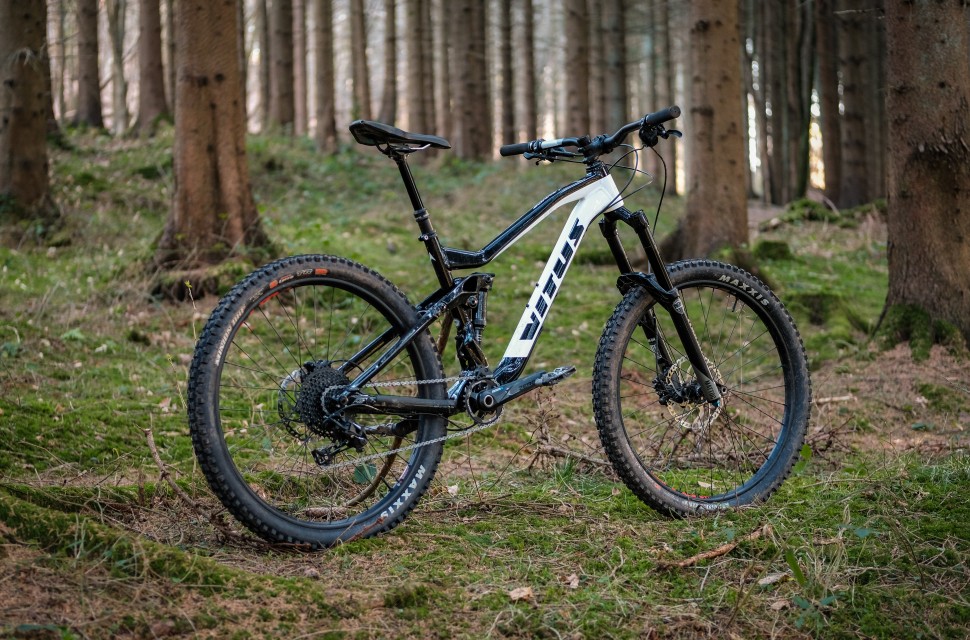 Rachael Wight
|
Apr 8 2019
|
Overall
Quality
Performance
Value
What's good?
What's not?
Buy if...
You are on a limited budget for an enduro bike

The Vitus Sommet 27 is a long travel enduro bike that has a budget price and big aspirations. The frame is a good platform for an all-mountain or race weapon but there are some questionable spec choices that mean this isn’t as good value as you might first think.

Relatively unchanged from the 2018 bike, the 2019 Vitus Sommet 27 gets some spec upgrades including a longer travel fork, an 11-speed drivetrain and grippy Maxxis tyres. This year the Sommet 27 gets a Manitou Mattoc Comp fork (170mm travel) and a Rockshox Deluxe RT shock (160mm).

Vitus say that they got the Mattoc fork at a good price which essentially allowed this model's price to come down, making it more accessible for more people. John from the brand said: “It is incredible the performance you can get from lower end components these days; performance reserved for much higher priced bikes not too long ago”. 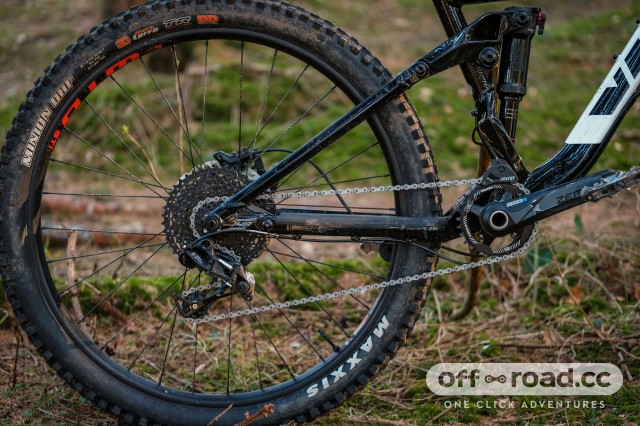 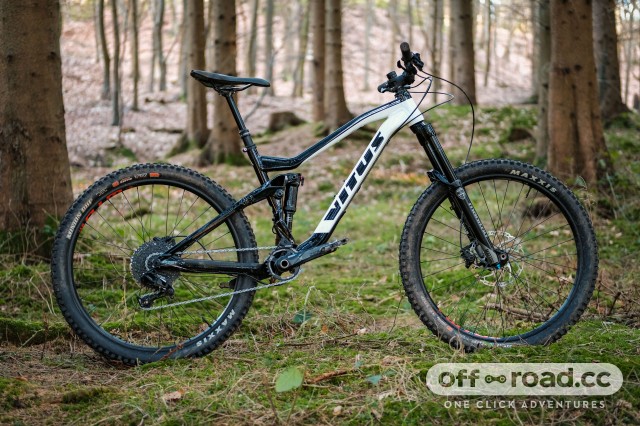 Other notable features are the threaded bottom bracket and very neat, under the downtube external cable routing, and before you indignantly exclaim, the bottom third of this is covered by a plastic guard which is great attention to detail. The dropper post routing curving around the shock is a little questionable though, best keep an eye on it to ensure the cable is always in good condition and not kinked. There is a bit of an unsightly mud shelf on the rear triangle near the bottom bracket but there's enought room to poke a stick in there and clean it up mid ride. 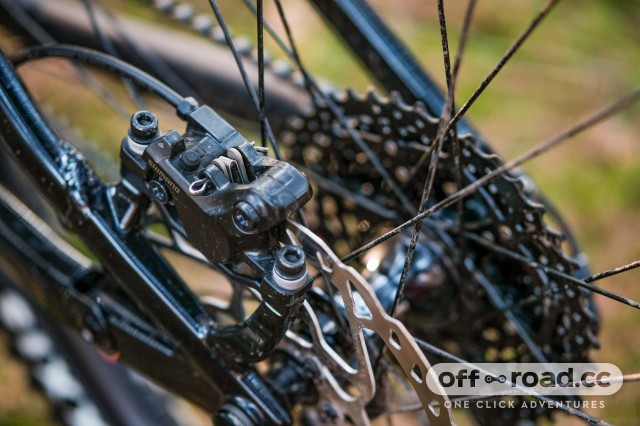 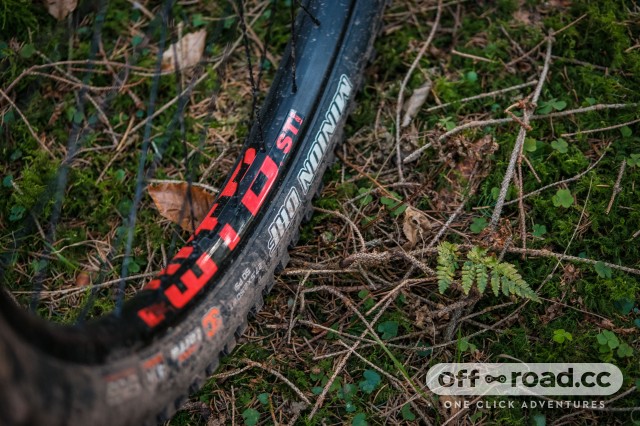 We reviewed the base model Sommet which comes in at £1,700; the next model up is the Vitus Sommet 27 VR. This bike still has an alloy frame and the same geometry but for £400 more you get a Super Deluxe R Shock, a Yari fork and SRAM NX Eagle with four-piston Guide RE brakes. It certainly gives a bit of food for thought with regards to whether you can stretch to those extra pounds or not, those brakes are insanely powerful. 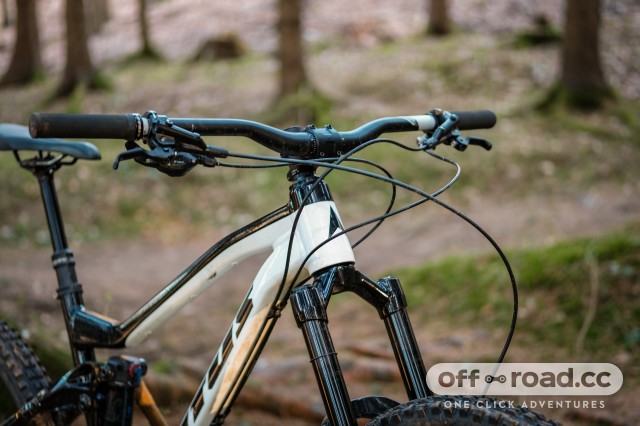 With regards to the geometry carried over from 2018 bikes to 2019, the Sommet range is pleasingly quite progressive, effective slack seat tube angle aside. I tested a size medium bike which gets an above average reach of 453mm, a slack head angle of 65 degrees, chainstays of 435mm and a wheelbase of 1205mm. The effective seat angle is 74.5 degrees which means the effective top tube turns out pretty long at 616mm, this along with a 50mm stem leaves a very stretched out seated position. I swapped out the stem for a 35mm one which was much more comfortable to climb with and consequently made the steering more direct when descending too. 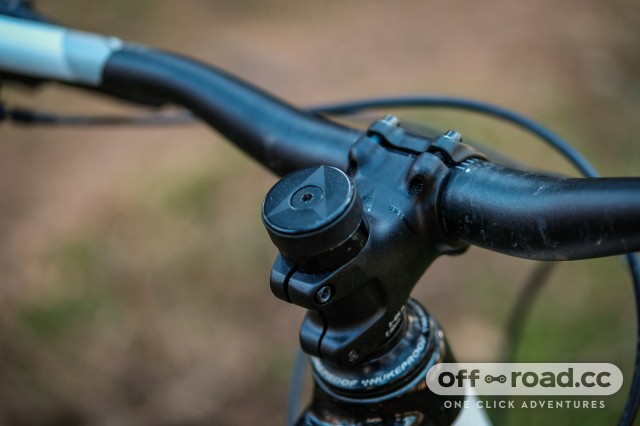 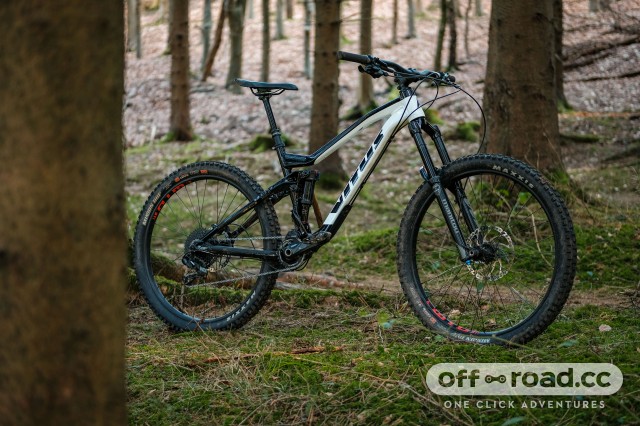 The geometry gives rise to a well balanced ride, although I did find the 120mm headtube alongside 170mm fork left the front end a little high for my liking, I removed the spacers under the stem to get lower and found myself in a much-preferred position but one that was still relatively high, good for maximising front end grip though. When climbing the Sommet 27 is workmanlike but the slack seat angle makes things less efficient than they could be. It goes uphill ok though and if you exert the effort and sit on the nose of the saddle it’ll climb up more techy tracks too. It’s nice to see the well spaced SunRace cassette specced as opposed to a smaller range SRAM one or the equivalent Shimano SLX version with a big jump between the two easiest gears. 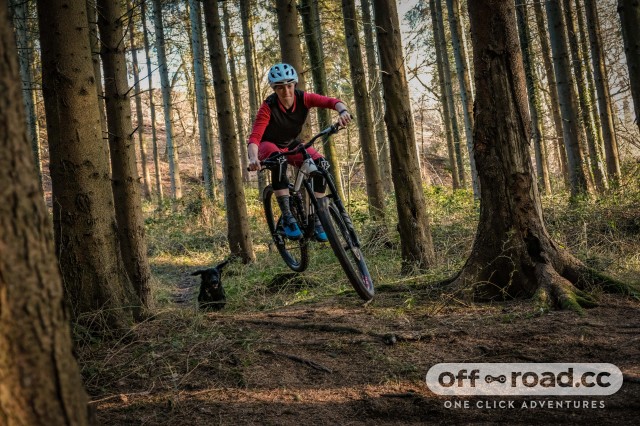 On the most part, I enjoyed my time on the Sommet, it certainly gives a big bang for the buck when descending. It’s at home on the most technical trails, a good mix between a downhill slayer and more responsive long travel trail bike territory. The Sommet 27 took everything in its stride, including all my usual testing local trails. 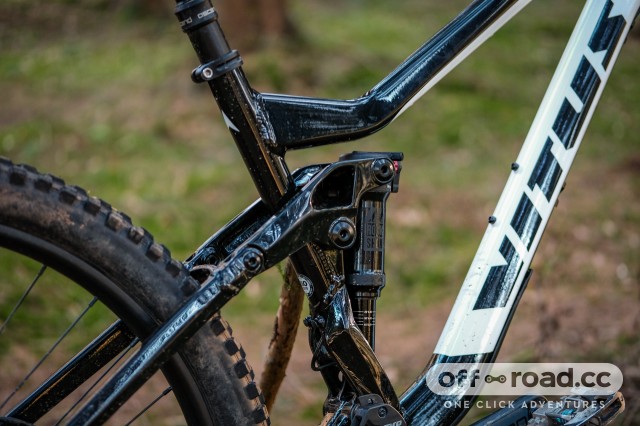 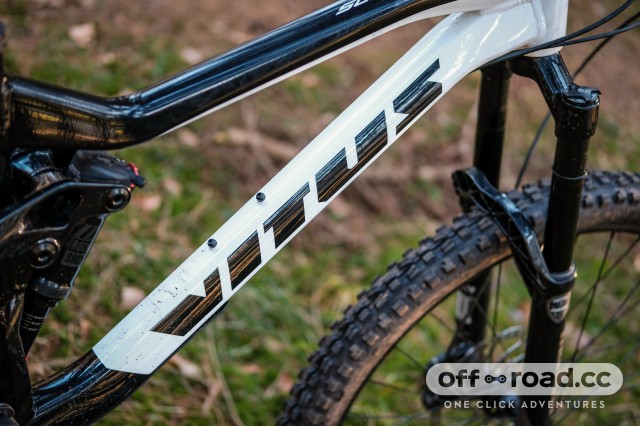 The rear shock and kinematics are good, the bike provides a supple initial feel and good progression through the stroke too. I felt the Manitou Mattoc Comp fork let the bike down though. There was play in the bushes from the very start, getting worse as the test proceeded. Whilst this was not noticeable with the fork at sag when the fork fully extended and compressed again, it produced a disconcerting knocking feel. The fork wasn’t that supportive in the midstroke, running more air to combat this provides a harsher feel at low speeds, it affected the bike as a whole making it a less plush affair than you’d expect from a long travel brawler. It’s also worth thinking about what aftermarket mudguard you will use as few will fit this fork. 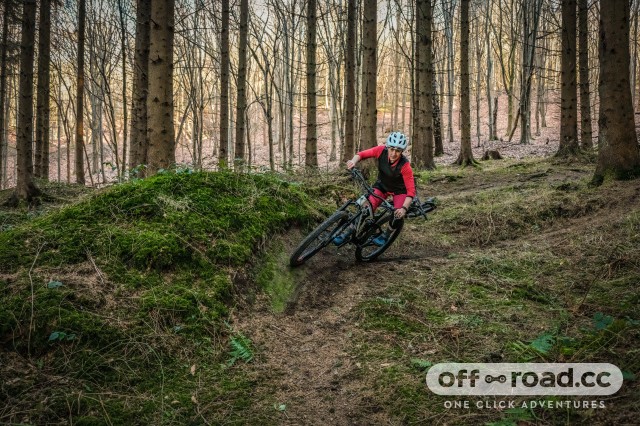 Whilst the bike is confident on more technical trails and bike park ones alike there are some other component choices that might be on your upgrade list fairly soon. The two piston Shimano MT500 brakes whilst are reliable, really aren’t powerful enough if you want to ride at top speed, down long steep hills. The dropper post is also disappointingly short, given that this bike has a relatively short seat tube of 433mm I’d expect to see a 150mm post but this medium bike gets a 120mm post. You get an even shorter one on the small and a longer, 150mm post on the large and XL bikes. 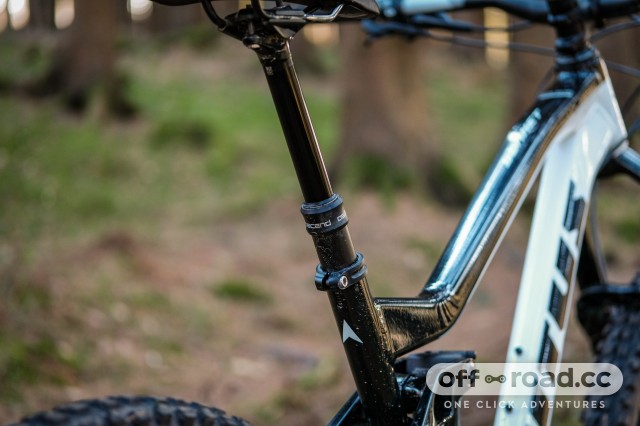 The bike dicates that it needs a shorter dropper (the overall length of these Brand X posts is quite long) to allow shorter riders to insert the post further into the bike before meeting the end point in the seat tube where the shock sits through the frame. There are other brands out there which produce shorter length posts with longer drops, One Up Components being once of them. Using a post such as this would allow you to get the saddle right out of the way. 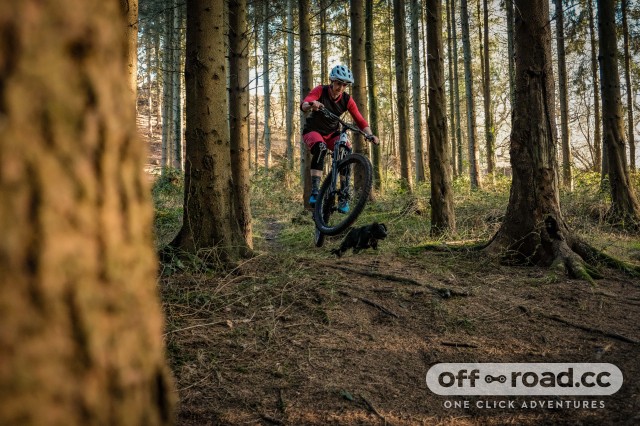 Even after these gripes though, you have to remember that this bike is only £1,700 and for that, it does hold potential as a good platform for upgrades later down the line. The frame has some neat features, you can run a bottle cage, it is good looking and the geometry is pretty good too. 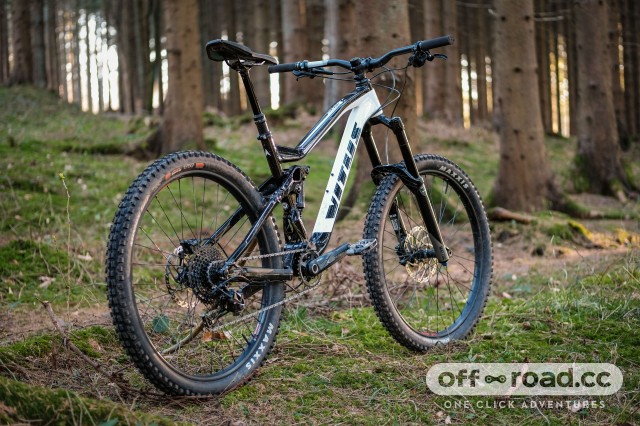 As I said you might want to think carefully about buying the next model up and getting the instant brake, drivetrain and suspension upgrades, but if £1,700 is your ceiling price then the Sommet 27 will be waiting for the other parts as you can afford them. Straight from the box, it’s ready to ride, you might just want to keep an eye on the workings of your fork to keep the bike running sweetly.