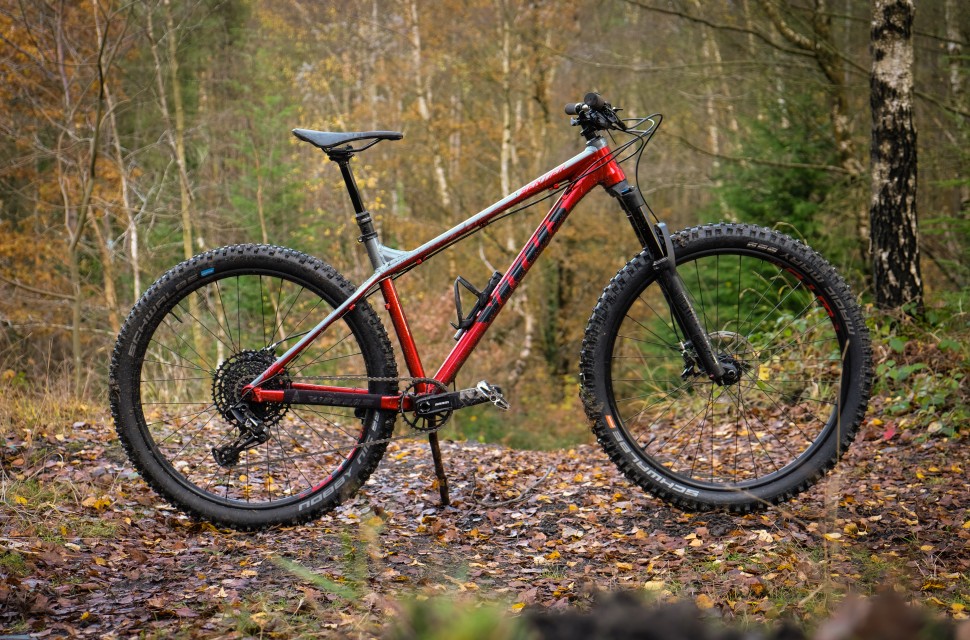 Rachael Wight
|
Nov 22 2018
|
Overall
Quality
Performance
Value
What's good?
What's not?
Buy if...
You want a second bike as a winter hack or a first trail hardtail that won't break the bank

Not long launched, we’ve had a new 2019 Vitus Sentier 27 VRS for test as the first of a long list of winter hardtails to review. This one proved to be a fun trail bike at a very reasonable price, it’s not the most aggressive bike you’ll ever sit on but it's an entertaining ride and the spec updates for this year are great upgrades.

The Sentier 27 VRS is the top but one bike in the range with only the range topping Sentier VRX sitting above it. Our bike, the VRS costs £1,399.99 and is pretty well equipped, it’s a bike that wants for nothing other than some pedals and a rider.

The VRS is equipped with a 140mm Rockshox Revelation RC boost fork, the on specced has a Debonair spring, Motion Control damper and two pre installed volume reducers. The fork is a great match for a trail hardtail, it's stable and composed. It’s not as sensitive as pricier forks but this is an ideal choice for this price of bike, it also leaves enough room for fatter 2.8” rubber if you so desire. 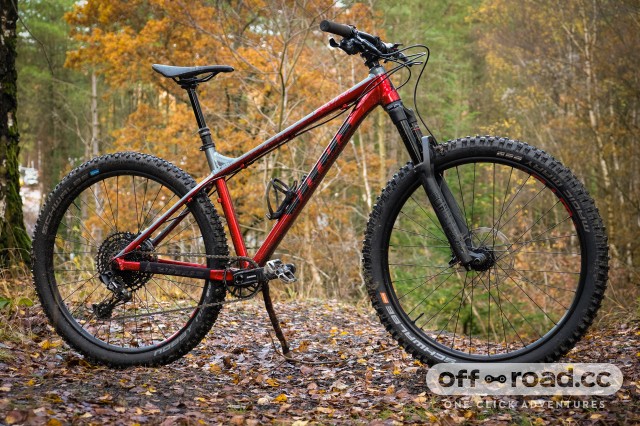 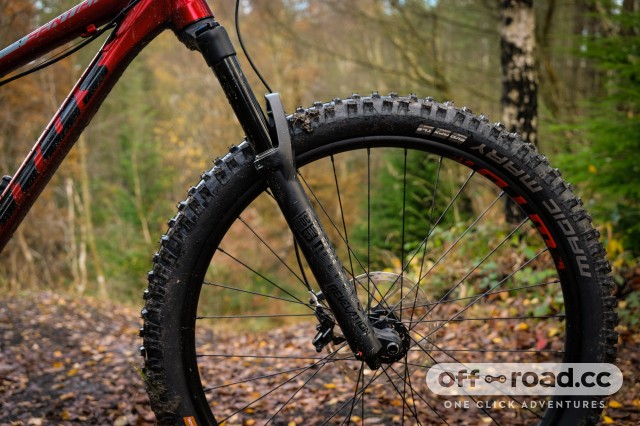 The groupset is a SRAM affair with NX Eagle drivetrain and Guide R brakes, the Sentier’s are all 1x only, there’s no place for a front derailleur here. The 12 speed NX Eagle features a 32T chainring and 170mm cranks with which there is plenty of scope for ploughing up steep, technical climbs. The four pot SRAM Guide R brakes are at most OK, they will pull you up but I found them lacking power and therefore leaving me less inclined to charge on down the hill. With the reach adjust, adjusted for my small hands and the long throw I found the brakes to pull nearly to the bars when braking hard. A few times, I needed to manually pump the pads in with the rotor removed to change the bite point helping the lever not pull to the bar. 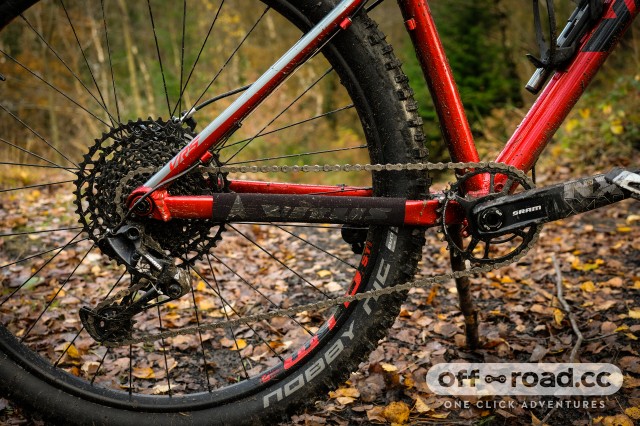 2019 saw the VRS get a tyre change from Maxxis to Schwalbe, with a 2.6” Magic Mary and a 2.6” Nobby Nick on the rear. Pleasingly the Mary gets the tacky Addix Soft compound (that’s the orange one) whilst the rear tyres gets the more durable Speedgrip compound. Both have TLE Snakeskin sidewalls which are the lighter choice rather than the reinforced TLE Apex or SuperGravity. Either way, the tubeless set up on my bike has withstood some abuse, I like the use of a 2.6" tyre on a hardtail it makes perfect sense to dampen some trail vibration whilst maximising grip. 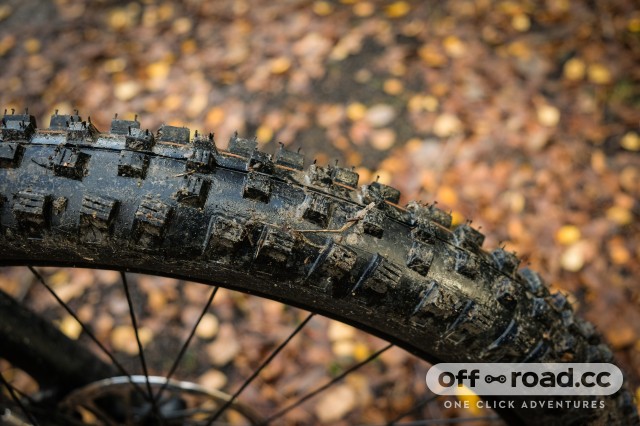 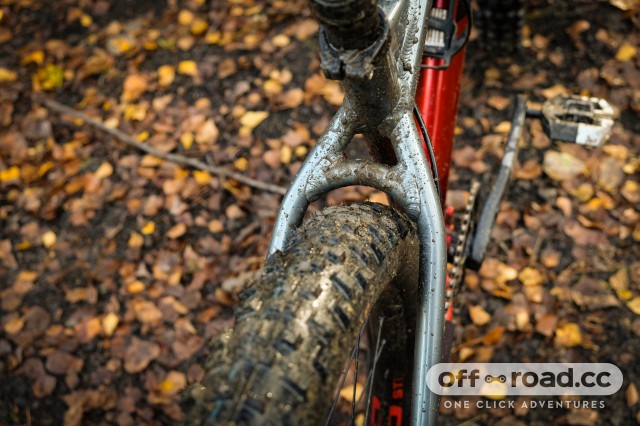 The rims are a pair of WTB ST i29’s with KT 33H hubs front and rear. The rim width suits the 2.6” tyres, both together providing bucket loads of grip, it’s also great to see British winter worthy tyres, straight out of the box too. 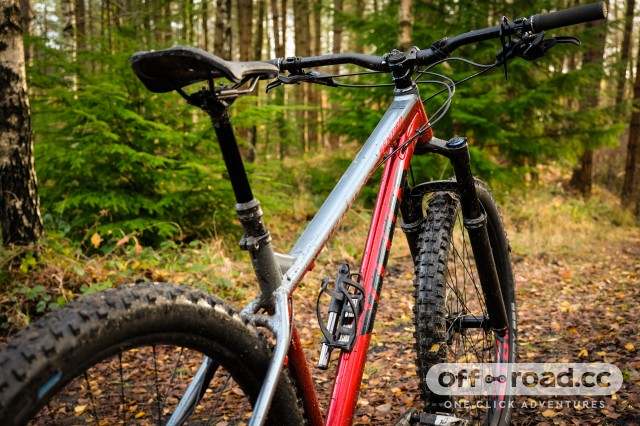 The cockpit gets mostly Nukeproof kit, with Horizon bars, a Neuton 45mm stem and Neutron saddle. Lastly, there is a Brand X dropper post which measures with up a disappointingly short 120mm drop on the size medium bike. The size small gets 100mm drop and the large and XL get 150mm. I’m 160cm and could fit a 150mm drop post into the 432mm seat tube of the medium bike so to would be nice to see this length specced. 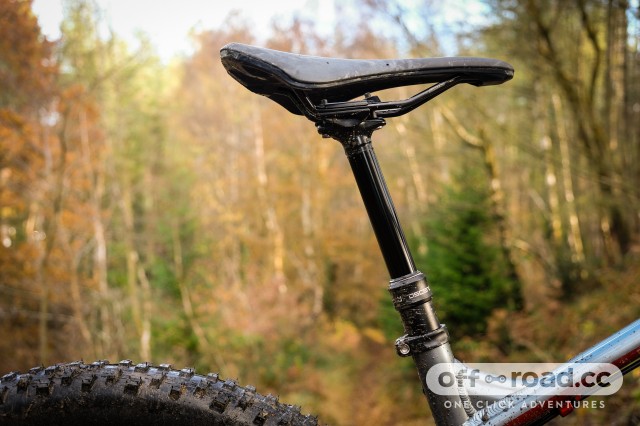 Geometry for the trail

Last year the 2018 Vitus Sentier’s were treated to a geometry upgrade which saw them get longer and slacker and as such, there are no geometry changes this year. The size medium bike has a 430mm reach, a 432mm seat tube, short 425mm chainstays, a 1155mm wheelbase and a 66 degree head angle. The Sentier 27 VRS is dubbed as a playful, nimble, aggressive, confidence inspiring hardtail, of which the former two I would agree with but the latter two are harder to nail down to this bike. 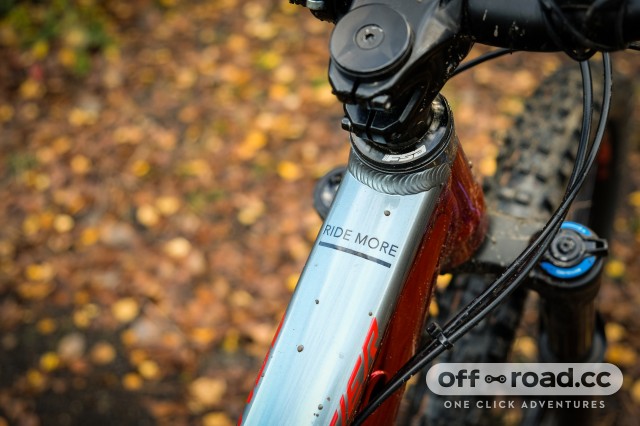 Swinging a leg over the bike, it's easy to get to grips with this ride straight away, there’s nothing here that is out of the ordinary which will suit a lot of folk. The geometry is straight down the middle, trail bike geo, it’s not particularly aggressive, the reach isn’t that roomy and the wheelbase is a little on the short side but it’s a fun trail partner. 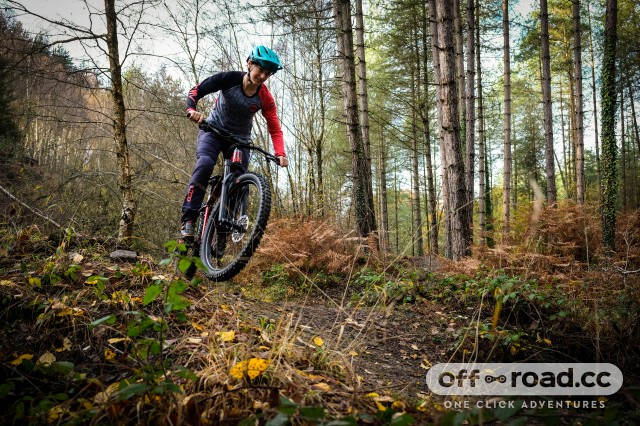 When seated the VRS is an efficient place to be despite the slack 73 degree effective seat tube angle, I found this a super bike to crank out quick laps of my local steaming uphill faster then I had planned on many occasion. Descending is entertaining too, the VRS is nippy and easy to throw about the trail. I found it most at home on more mellow trails where a quick pedal stroke here and there is on the cards rather than steeper trails where more stability is required. The short reach means that on more than on occasion I felt my weight biased towards the front of the bike, it's hard to find the centre point of the bike and as such feels unstable downhill especially over chunkier terrain. The 66 degree head angle isn't all that slack either and as this steepens when the fork compresses, it feels less confidence inspiring. Remembering though that this is a trail hardtail and not an aggressive gravity fed machine the Sentier is a fun ride and one that given the £1,400 price is well specced for the job too, a package that's hard to beat. 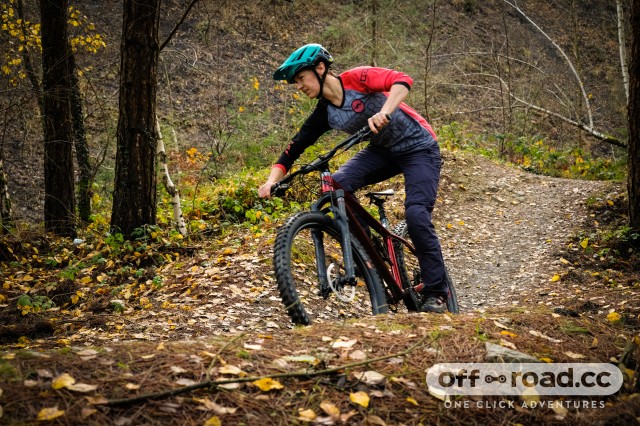 The spec of this bike, with wide bars and grippy tyres really do help the bike shine when the going gets more technical though, that 2.6” Magic Mary on the front is one hell of a tyre. The lower pressures permitted by the rim and tyre combo not only makes this a grippy ride it also dispels some of the chatter and rattle that might otherwise be expected on an alloy hardtail such as this. The idea that the biggest upgrade you can make to your bike is the tyres really does shine through here, the confidence this set up will give you in most situations is very real. 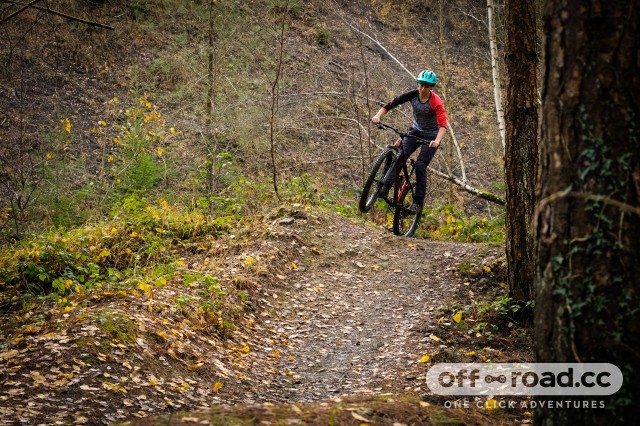 When weighing up the options there are a few of other similar hardtails on the market right now. The Nukeproof 275 Scout Race is a similar price but it offers a less well specced package with a Rockshox Sektor fork, 11spd drivetrain and similar geometry. There is the Kona Honzo coming in at £1,299 but as its equipped with a Rockshox Recon fork and less winter worthy tyres, it’s a bike that might need some upgrades. Also in the mix is the Bird Zero AM hardtail where £1,400 gets you an 11spd drive train, the same fork as our Sentier but only 2 pot SRAM Level T brakes. To get a similar spec as the Vitus you need to spend about £200 more. The Bird does also offer more gravity orientated geometry too but is designed to work with a 150 or 160mm fork putting it into the ‘enduro’ category rather than trail bike as per the 140mm Vitus Sentier. I could go on, but things get pricer, so if £1,400 is your ceiling price for a trail hardtail then the Vitus Sentier 27 VRS is a solid choice. 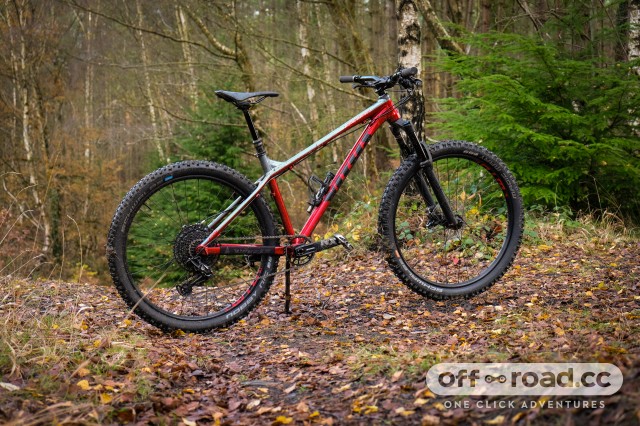 As far as a reasonably priced trail hardtail goes this bike shines as much as the snazzy new paint job. A blast on more pedally trails, for those wanting a hardtail in a trail package the Sentier 27 VRS is a great antidote to the sometimes numbing affair of riding long travel enduro bikes. It’s not going to be the bike for flat out downhill duties but it is going to be a fun hardtail that is easy to get on with and ready to ride as soon as it arrives. For those who want a second winter hack or a bike to make them think and work like a hardtail does then the Sentier 27 VRS is a reasonably priced alternative to their regular full susser. And for those just getting into riding, this is a solid, workmanlike hardtail that will invite you into riding mountain bikes with open arms and plenty of grip, putting a smile on your face and leaving you wanting more