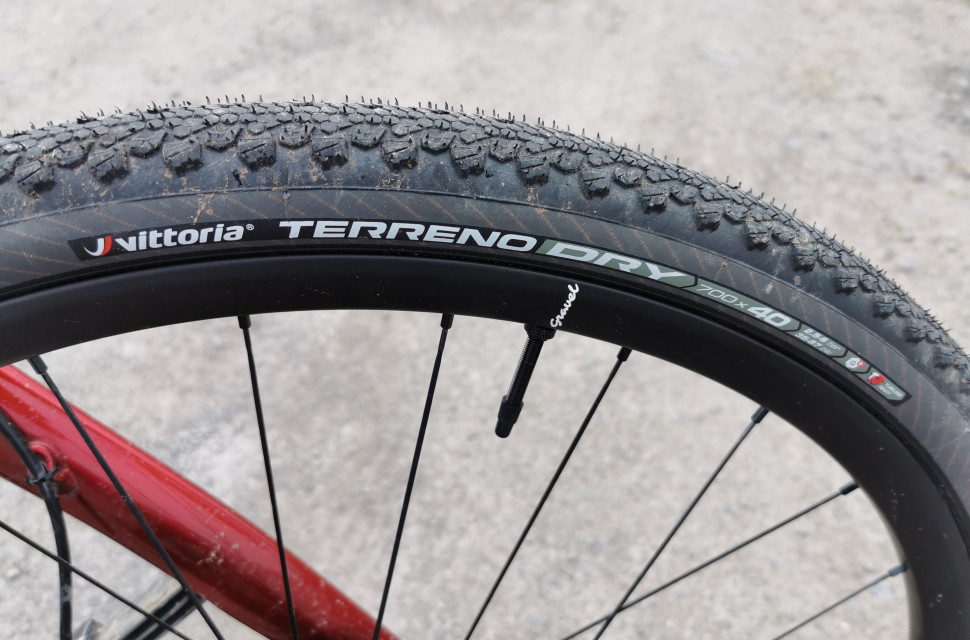 Vittoria is underselling this by naming it the Terreno Dry. While it is excellent on dry surfaces, as you might hope, it's surprisingly capable for more general, year-round conditions too. It's one of the best fast tyres you can buy, and cheaper than other premium tyres to boot.

On 25mm internal-width rims, these 38mm tyres come up at 41mm wide... it's largely thanks to the slightly confusing situation surrounding ERTRO guidelines but, basically, unless you have a very narrow rim this tyre will measure around 40mm. 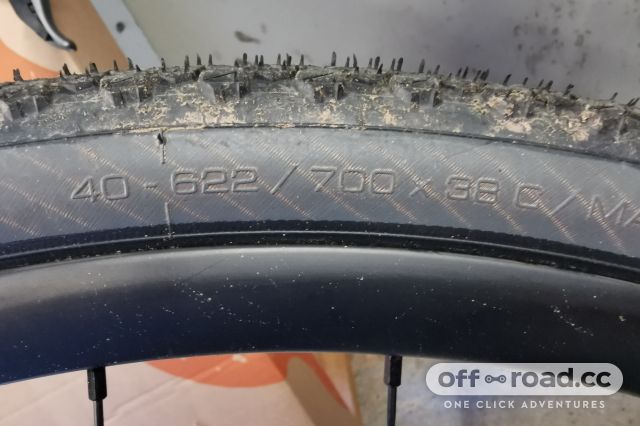 Those closely-packed hexagonal 'scales' actually sit at varying heights, which gives tyre a little bite and grip. The tread might not be deep, but traction – both for braking and accelerating – is very impressive. The tyre deals with firm and loose surfaces well, and even if they get wet or a little muddy they still work. 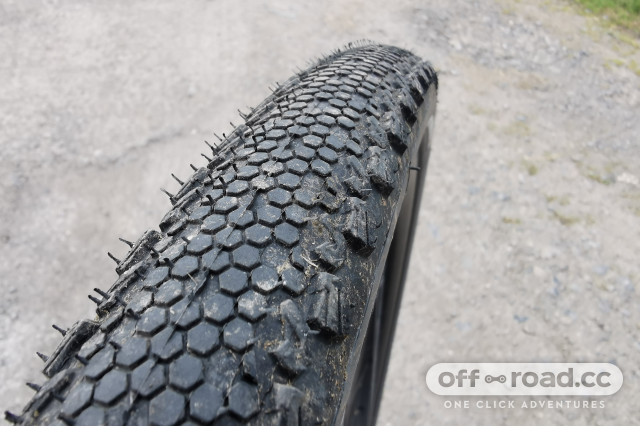 The Terreno Dry will slip on really slick mud, but despite some wet and nasty weather during testing I was never forced to dismount on any climb. On the descents, the slightly taller side knobs work well and, on typical forest roads, give you enough confidence to push the tyre fast through the bends.

The only places it struggles for grip are on steep, wet, grassy moorland paths or when getting out of slippery ruts.

Comfort from the 120tpi casing is reasonably good, although these are still not the most supple tyres thanks to that (effective) puncture resistance layer. On the upside, rough, rocky terrain hasn't bothered them at all, and I suffered no punctures while testing.

Vittoria does this tyre in widths from 31mm up to 40mm – plus a 650x47mm version – with various casing and sidewall colour choices. It even does a mountain bike version in 29x2.1” (52mm), but this will be too wide for almost all gravel bikes.

There may be a 45mm version in the future – this would be a useful size to fill the gap in the current range. 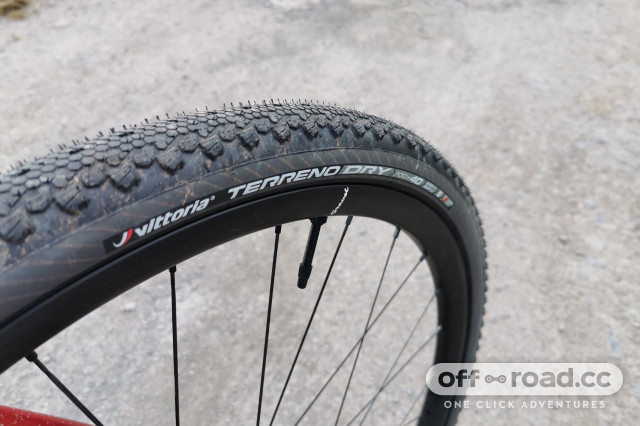 At 470g these prove a touch lighter than the 490g claimed weight, and lighter than the majority of gravel tyres. But while some pure race tyres are lighter, something like the 40mm Maxxis Receptor (432g) can't cope with anywhere near the same level of mud or dampness as the Terreno Dry.

The WTB Byway SG2 is a similar weight at 470g and also gives more grip than you might expect, but again it can't quite match the performance of the Terreno.

The price stacks up well against rivals too. The Maxxis Receptor is £50, for instance, while the WTB Byway with SG2 casing is £55 and the Continental Terra Trail is £60.

For a fast-rolling tyre that can cope with more than just pure dust, the Vittoria Terreno Dry ticks lots of boxes. The hooked rim-only recommendation might be a problem for some – and a wider version would be welcome – but it is, despite the 'dry' part of the name, a superb all-round gravel tyre.

Check out the 2022 Merida Ex Enduro highlights
Another year of the finest racing in the South West has come to a close - here's the roundup.