Skip to main content
Log In Register
Continental Terra Trail tyre review £60.00
Fast and confidence-inspiring tyre for gravel – but not great in mud 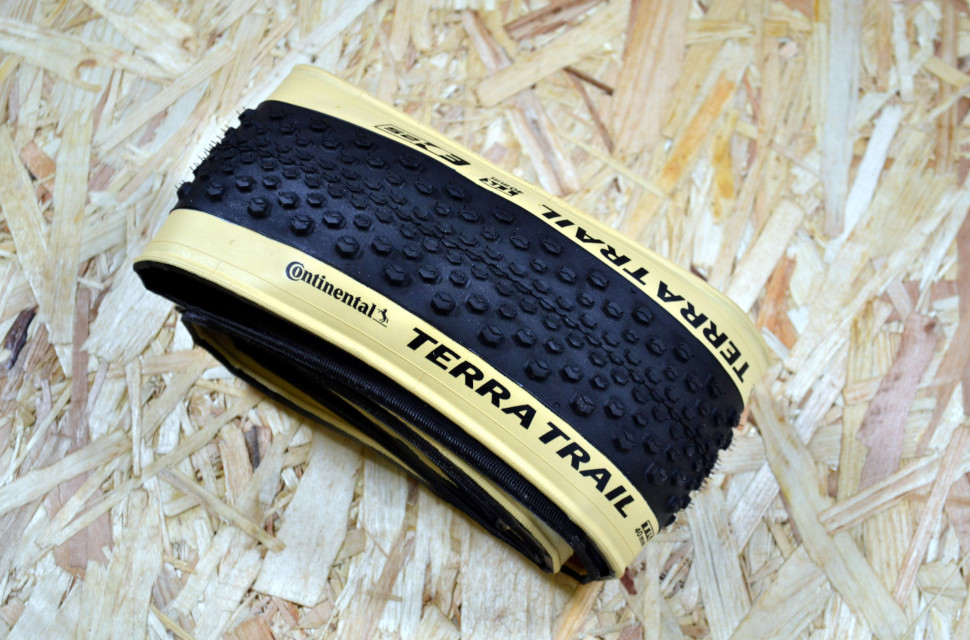 The Continental Terra Trail is an expensive but high performing gravel tyre with confidence inspiring grip on typical British forest tracks and byways, but head onto muddier paths and it struggles.

The Terra Trail is slightly deeper and more aggressive than Continental's only other (current) gravel tyre – the Terra Speed – but compared to the rest of the market, it's still a low-profile design.

The version tested is the more expensive ProTection version with the highly regarded Black Chilli compound. There are currently only two widths available: either 35mm or this 40mm one with its option tan sidewall (which incidentally is painted on, and not that neatly if you look closely).

When fitted to a rim with 22mm internal width, the tyre inflates to exactly 40mm. The only other size available is 650x40b, which is quite narrow for a 650b wheel.

The tread is similar to the Terra Speed, which has little or no grip on slippery tracks. The Terra Trail's tread is deeper and a far better option for year round use, but it still has some significant limitations. Stick to forest roads, rocky byways or anything with a solid base and it works well, with enough traction for climbs and plenty of feedback. It feels supple and copes well with rough sections at around 30-35psi. 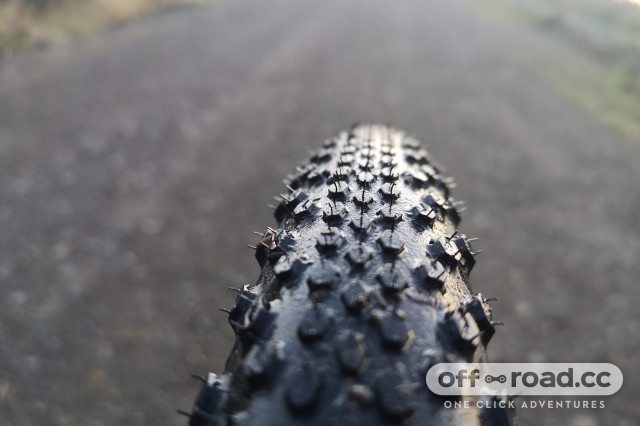 It drifts controllably through the corners, too – in fact, I found myself going faster with more confidence than usual. It's worth mentioning that the Terra Trail does not like grassy or muddy tracks, though, and really struggles with traction and braking. There are far better tyres if you frequently ride on trails that are muddy or grassy. If you are riding in the slop we'd recommend Schwalbe G-One Bite or an Ultrabite instead. 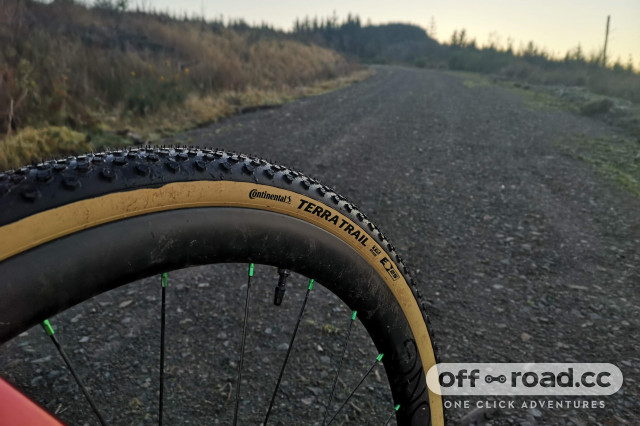 While the Terra Trail is fast rolling on sealed roads, it does produce a reasonably constant drone – it's far quieter than mountain bike tyres on the road, but noisier than a road slick. Stick to forest roads, rockier byways or anything similar with a solid base and it works well with enough traction for climbs and plenty of feedback to you as a rider, giving the confidence to push the limits. It feels supple and copes well with rougher sections and whilst KOMs are never a scientific measurement to go off, the fact that I took the long 3km downhill segment on my most local forest section and a track I frequently use to test bikes and tyres does at least show the confidence it gave me while riding, especially given it was tested in the middle of winter.

At 478g this is a fairly light 40mm tyre, especially considering the puncture resistance layer – although this is sidewall only, not the full width of the tyre. I had no problems with punctures, which may just be luck and ultimately I would not expect this to be the most puncture resistance tyre out there, but as a performance tyre where speed is important, it seems to balance speed and protection well.

£60 is the going rate for a high performance bike tyre. The Maxxis Rambler EXO TR is a little less at £55, as is the SG2 version of the WTB Byway, but many are more – the Zipp Tangente Course G40 is £64, for instance. Plus that Schwalbe Ultrabite is £41.99, which makes £60 for the Terra Speed a little hard to swallow.

If you're after a fast tyre that works well year round on typical forestry roads and byways, The Terra Trail delivers – so long as one of the limited sizes suits your bike, and you don't encounter much mud or grass, anyway.

Ditto - TerraTrail front, TerraSpeed rear & I seem to be able to go anywhere. In fact, the combo has worked well even on the worst local 4x4/MX playground (misleadingly named "Green Lane" & truly horrible - think WW1 battlefield - but it's the only way to get between two delightful bridleways without using busy roads). No punctures either (touch wood!) despite many miles of wet roads & glass-strewn cycle tracks (tubeless of course). Haven't used the Schwalbe Ultrabites but other experience with Schwalbes hasn't been encouraging, with Pro Ones on a road bike & X-Ones on the gravel bike proving to be depressingly puncture prone, even tubeless.

This year, sorry, last year, I've been running a Terra Trail front and a Terra Speed rear setup on one pair of wheels. Great tyres, fast rolling, grippy enough for me, no punctures that I noticed. I haven't taken them into deep mud but I hate that anyway. They can be found online for a lot less than £60.