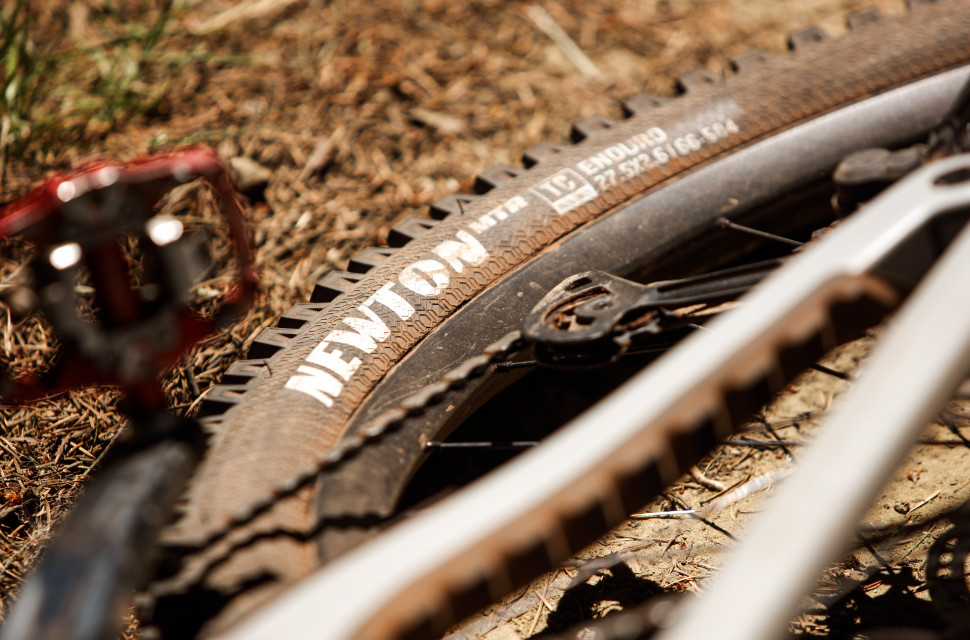 The Newton MTR is the rear-specific tyre in Goodyear’s updated range and it’s been designed for drive, speed and durability while boosting traction under braking.

As part of the new Newton range, the MTR shares some of the tech found on the front specific MTF. Like the MTF, this tyre gets a 120tpi casing with butyl sidewall protection but its rubber compound is composed a little differently, employing 40, 50 and 60a rubbers. The centre tread gets a firmer compound but the rubber softens towards the tyre’s shoulder knobs.

We got the tyre in its 650b x 2.6in guise, which weighs 1,272g on my scale. Similarly to the Newton MTF, it’s not the lightest bit of rubber around.

Blowing the MTR onto a rim with a 30mm internal width wasn’t without its troubles. When packaged, it was folded in such a way that a dent was created in the tyre’s bead that remained when mounted onto the rim. This small dent left a gap between the tyre and the rim for air to escape, even when employing my trusty Lezyne Pressure Drive to get the tyre seated. It wasn’t something that a bit of elbow grease couldn’t mend, but if the tyre was packaged with a little more care, this wouldn’t have been an issue. 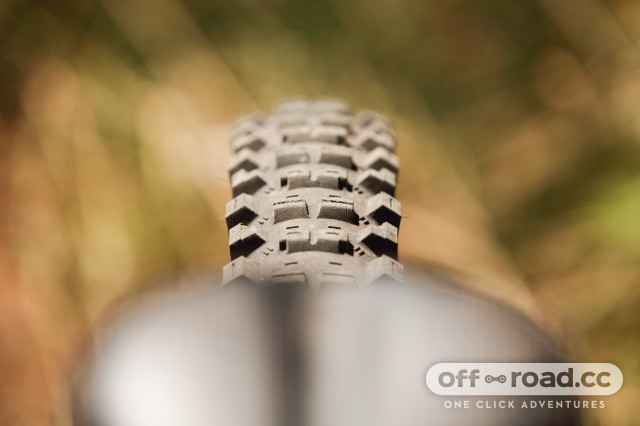 Once inflated, the MTR is strikingly square, especially for a rear tyre. The tread is very tall and aggressive, and shape-wise, it’s almost a mix of Schwalbe’s Big Betty with Maxxis Minion DHR shoulder knobs.

The combination of the Newton MTR’s square profile and aggressive knobs is directly responsible for its increased rolling resistance. However, it does offer a solid level of grip when climbing, I can’t remember any instance where I’ve spun the rear wheel while climbing. 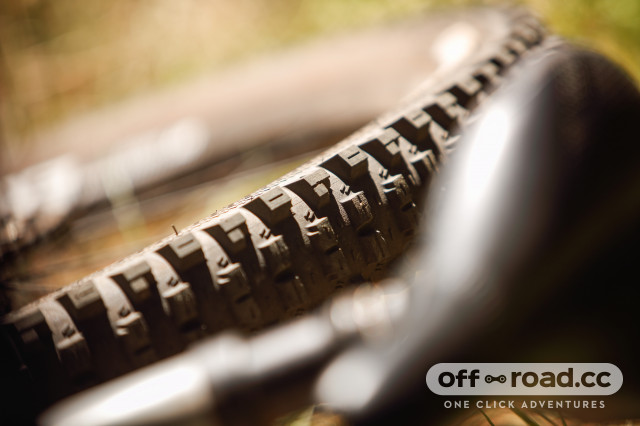 It grips dependably in the corners thanks to those huge shoulder knobs. I’ve benefitted from excellent grip when turning around off-camber sections as this tyre just clings on.

With this tread pattern, I wonder why Goodyear has chosen this as the rear specific model. Unfortunately, as I’ve tested the tyre with mixed wheel sizes, I wasn’t able to test the MTR’s performance at the front. The MTR has been ridden in almost all conditions and it’s performed well in all, clearing mud effectively while taking hardpack in its stride. Though over the latter, braking grip isn’t quite as reliable as there’s not as much for the tread to bite down effectively. 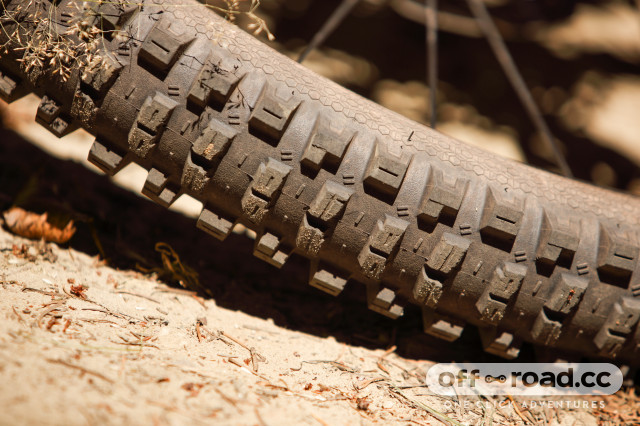 Moving onto durability, it doesn’t quite live up to Goodyear’s promises. It didn’t take too long before the rubber started to chip away on both the centre and shoulder knobs. The tyre hasn’t seen that much action either. I’d put this down to the size and aggressiveness of the knobs, and that the rubber seems to be a bit brittle. 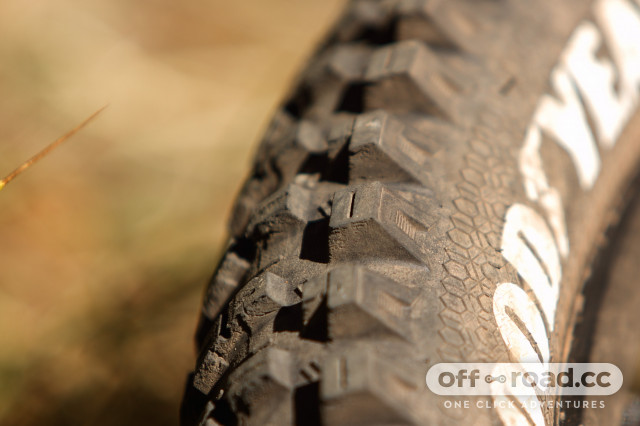 This tyre uses the same carcass as the MTF but as it’s at the rear of the bike and weighs more, the firmness wasn’t as noticeable. Though it’s definitely not as supple as an EXO+ casing, for example.

Owing to its mega-aggressive tread, I feel like it doesn’t make much sense as a rear tyre unless you’re running it on an e-bike or you prefer gravity-fed riding. It grips impressively but pedalling is severely hindered. Due to the aggressive shoulder knobs, I can't help but think it would be much better at the front of the bike, where it would solve the issues I found with the Newton MTF.

Goodyear is asking for £60 for the Newton MTR and that’s not a bad price considering other brands are asking far more. It’s just a shame to see it wearing so quickly. Similarly, the Judge from WTB also has a mega aggressive tread and is designed for rear wheel use. It’s pretty draggy but it offers tonnes of grip for £60.

My all-time favourite tyre for the rear is the Maxxis Dissector. It rolls very well and offers an excellent level of grip considering its comparatively less aggressive tread. But it will set you back £75.

If your riding is primarily gravity fed or if you want all of the grip you can get at the rear, the Goodyear Newton MTR is just the ticket. However, if you prefer reduced rolling resistance, you’ll need to look elsewhere.

Goodyear says, "Drive focused tread delivers speed and durability with tracking performance that inspires confidence transitioning from straight-line to cornering across a wide range of conditions." Not a bad description and I mostly agree.

Was quick to show wear.

Carcass feels alright, though a bit stiff if I'm picky.

Not bad for the cash, cheaper than some but more expensive that others. Very middle of the road.

A solid rear option if you're looking for all-out grip, but aggressive tread and weight make for a draggy tyre.