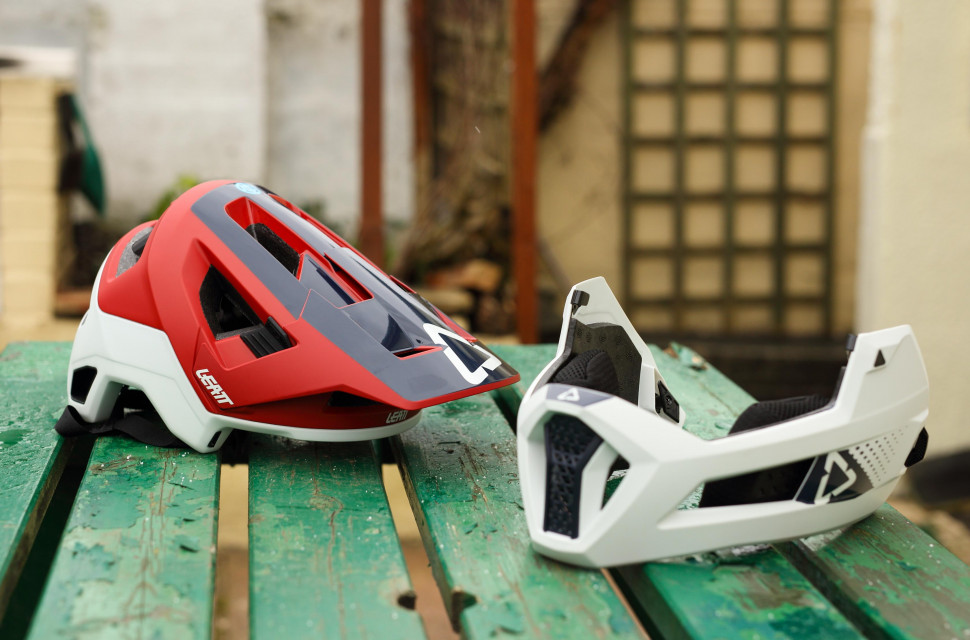 Liam Mercer
|
May 3 2021
|
Overall
Quality
Performance
Value
What's good?
What's not?
Buy if...
You're after a good looking and comfortable do-it-all helmet

The MTB 4.0 Enduro V21 is the first convertible lid in Leatt’s strong helmet lineup. It comes packed with handy features, and the chin bar is easy to wrangle once you get the hang of it. It just retains heat a bit too much, and it’s a bit pricier than the competition.

Other than the obvious removable chin bar, you get an awful lot of cool tech with the MTB 4.0 Enduro V21. Naturally there’s Leatt’s own 360-Degree Turbine rotational impact reduction system, but there’s also a Fidlock enclosure, a sunglasses dock, in-moulded EPS and EPP foam, and a moisture wicking anti-odor liner.

Along with all that, there’s a three-position adjustable visor with a breakaway function to further reduce the risks of rotational impacts, and a removable fly-net/mouthpiece in the chin bar. It also wears 18 vents. 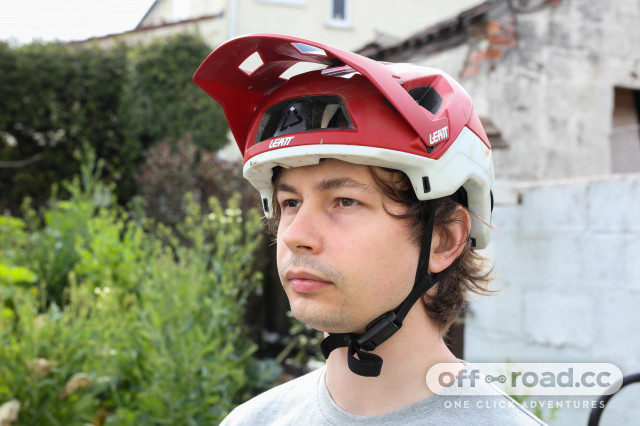 Altogether this weighs in at 875g, which is 46g lighter than the well-received Giro Switchblade MIPS, but 235g heavier than the Bell Super Air R MIPS. 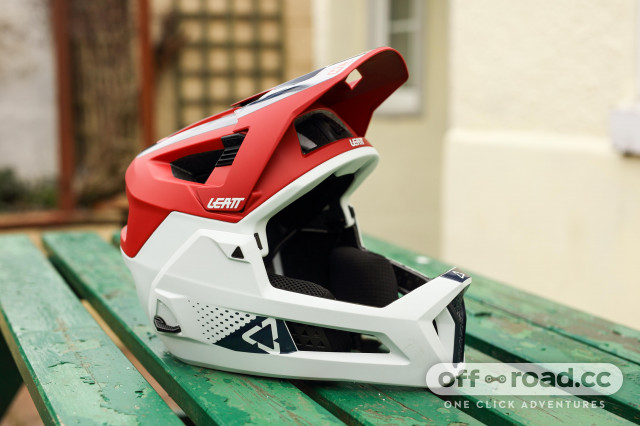 Against its own full-face sibling – the DBX 4.0 V20.1 – the convertible version is just 25g weightier, so you’re not sacrificing too much if you’re on the fence.

The Leatt MTB 4.0 Enduro is certified to full ASTM DH standards, and also comes with a nice bag and a pair of soft cheek pads. 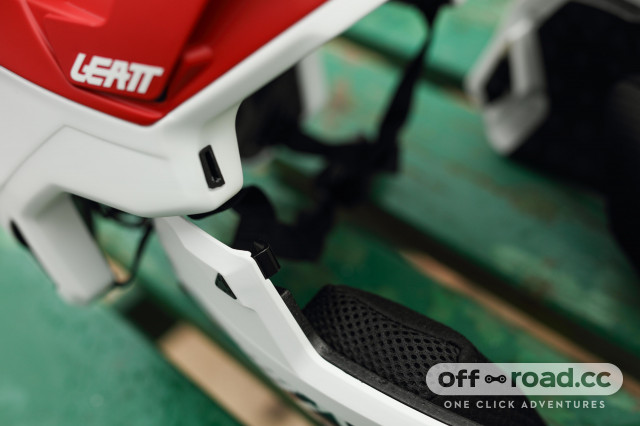 Let’s talk about the convertible aspect of this lid before getting further. To start with, it’s pretty fiddly. You have to push the upper tabs into their homes and hold them there as you seat one of the rear locks. It’s a bit of a balancing act, but once you’ve done it a few times you get a feel for it. 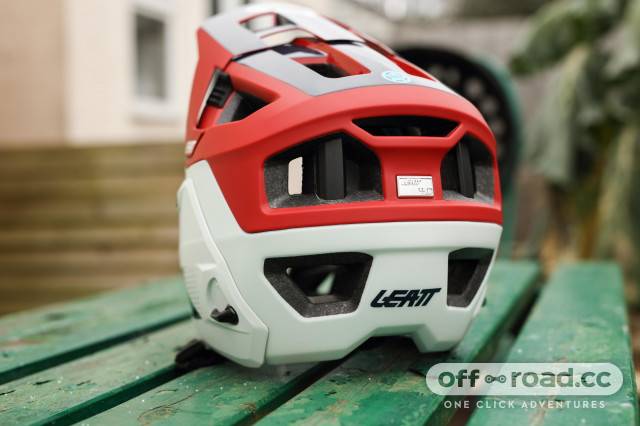 Locking the chin bar in is the really tricky bit. I found it easiest to push from the middle of the bar to get the locks hovering over the detentes, then press directly onto the lock for it to seat properly. Then you turn the lever and you’re in. 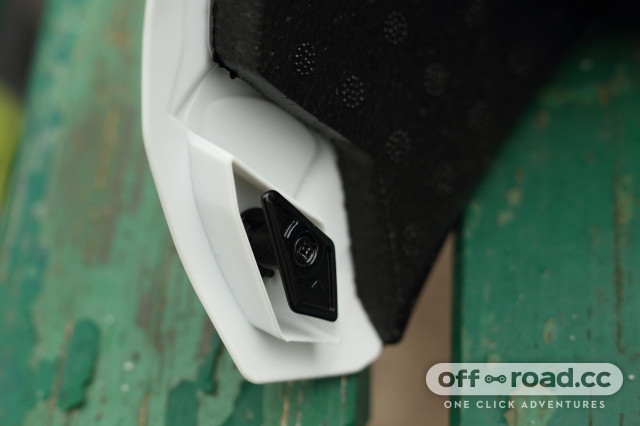 It’s definitely worth the judgemental looks from spouses or family members as you sit in front of the TV clicking and unclicking the chin bar, as once you’ve got the knack, it’s pretty simple on the trail. It's not Giro Switchblade simple, but it’s doable.

However, the chin bar is pretty bulky, so it's not something I'd personally like to keep with me for as-and-when moments. 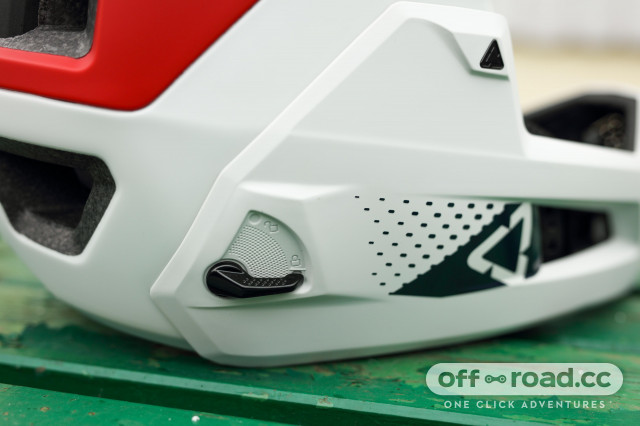 Fortunately, taking the chin bar off is a much easier task. Just unlock the levers at the back and pull it away from your face. Simple!

This simplicity is very welcome, because it feels you might tear your ears off if you take this helmet off with the chin bar attached. Strangely enough, it’s absolutely fine being put on with the chin bar installed.... great if you haven’t mastered its installation yet. 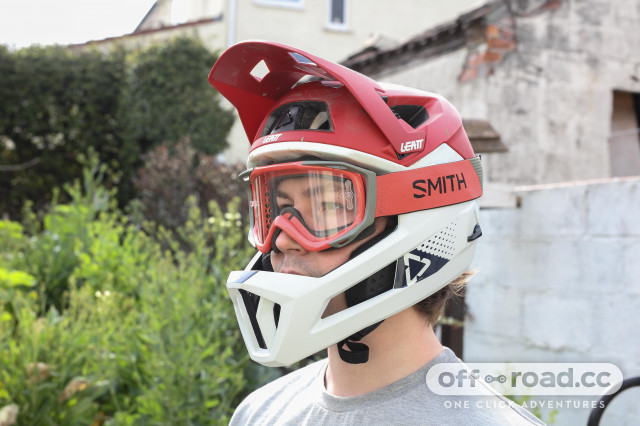 Both in its full and half face set-up, the MTB 4.0 Enduro is comfortable. It’s well padded and the cradle fits my head really well. To avoid excessive face squish, I bunged the soft cheek pads in and it became even comfier.

However, at low speeds it’s definitely warm. It doesn’t radiate heat as efficiently as other helmets, and it doesn’t encourage soft breezes in so well either, making for a fairly sweaty time. Surprisingly, this is something I didn’t get with the Leatt DBX 4.0 V20.1 full facer. 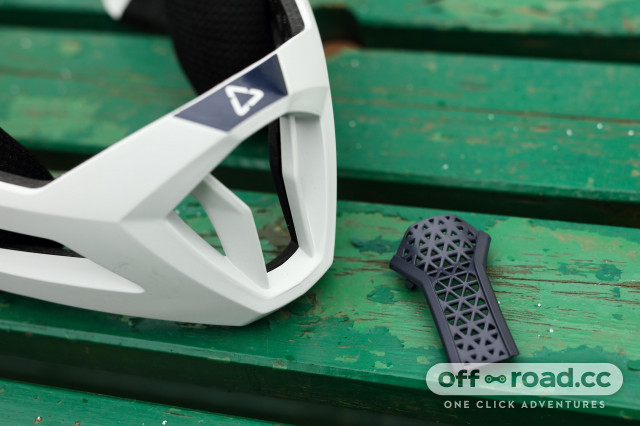 Also, with the chin bar and mouthpiece installed I found it pretty claustrophobic, because it retains exhaled breath to a fairly unsustainable level. Mid-climb I popped the little guard out and things instantly changed; my breathing was far better and I was much more comfortable. 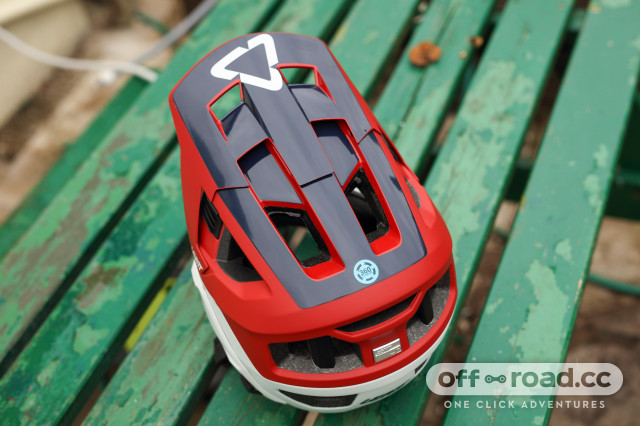 Once the wind picks up or you get charging on a descent, the Enduro V21's 18 vents really come into play. While they’re not as plentiful as the Switchblade or Super Air R's, they do an excellent job at speed. You can really feel the airflow around your head. 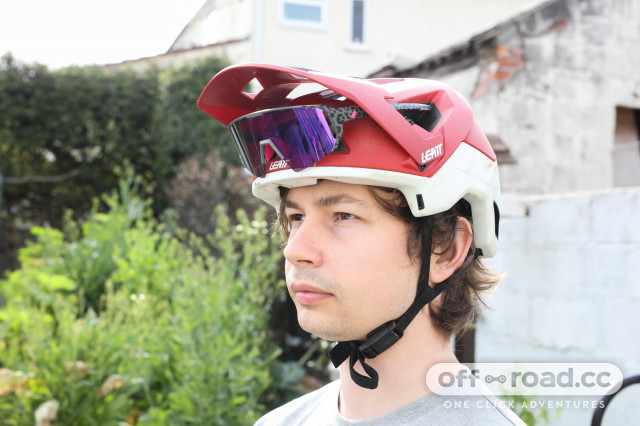 While weighty, the MTB 4.0 Enduro is absolutely viable as a half-face helmet as that’s where most of the techy magic is. It’s where you find nearly all of the vents, and of course that 360-Degree Turbine rotational impact system. 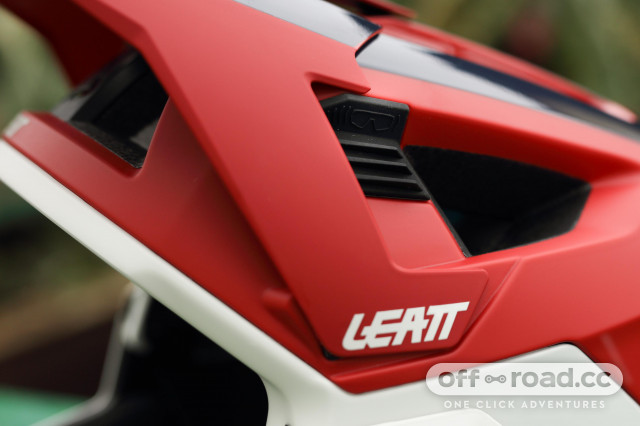 It integrates with eyewear really nicely too. There’s plenty of space under the visor to stow goggles, and there are really neat rubber glasses grippers at either side of the lid. These provided an impressively secure home for both my Melon Optics Alleycats, and Madison Code Breakers.

If you’re looking for a helmet that can do it all, the Leatt MTB 4.0 Enduro is a solid option. It’s comfortable, cool at speed and I reckon it’s one of the better looking convertible hats out there – with or without the chin guard. The conversion takes some practice, but it’s easy once mastered. At £280 it's a little spendier than its competitors, though, and it’s pretty hot at low speeds.